The ongoing coronavirus pandemic has caused quite a bit of turmoil in the cigar world, resulting in a number of major events being canceled or postponed, including this year’s PCA 2020 Convention & Trade Show. However, the first of those major events to be affected by the global pandemic was the 2020 Tobacconists’ Association of America (TAA) Meeting & Convention, which was originally scheduled to take place from March 22-26, 2020 in Cabo San Lucas, Mexico.

If you are unaware of the particulars of the TAA, Charlie had a great explanation in his review of the Brick House Ciento Por Ciento TAA:

The subject of today’s review is one of this year’s releases made exclusively for members of the TAA: the Nat Sherman 2020 TAA Limited Edition. This new blend is being sold in a 6 x 50 toro that incorporates Nicaraguan tobacco exclusively, specifically tobacco grown in the country’s Jalapa region. It was rolled at the Plasencia Cigars S.A. in Estelí, Nicaragua retails for $12 each and is limited to 650 boxes of 10 cigars.

“All of the filler tobaccos were grown in the Jalapa region of Nicaragua, an area known for elegance and subtlety, and often used for wrapper,” said Michael Herklots, vp of Nat Sherman International, in a press release. “We used higher primings across multiple vintages in order to deliver a wider breadth in flavor and complexity from this region. The wrapper for this Limited Edition is a low priming sun-grown leaf from Estelí, Nicaragua. Though Estelí is more commonly known for rich filler tobaccos, this elegant wrapper adds the influence of Estelí’s terroir to the blend in a more graceful and thoughtful way.”

This year, a total of 14 companies have released either new cigars or new vitolas in already existing lines for the Tobacconists’ Association of America Exclusive Series: 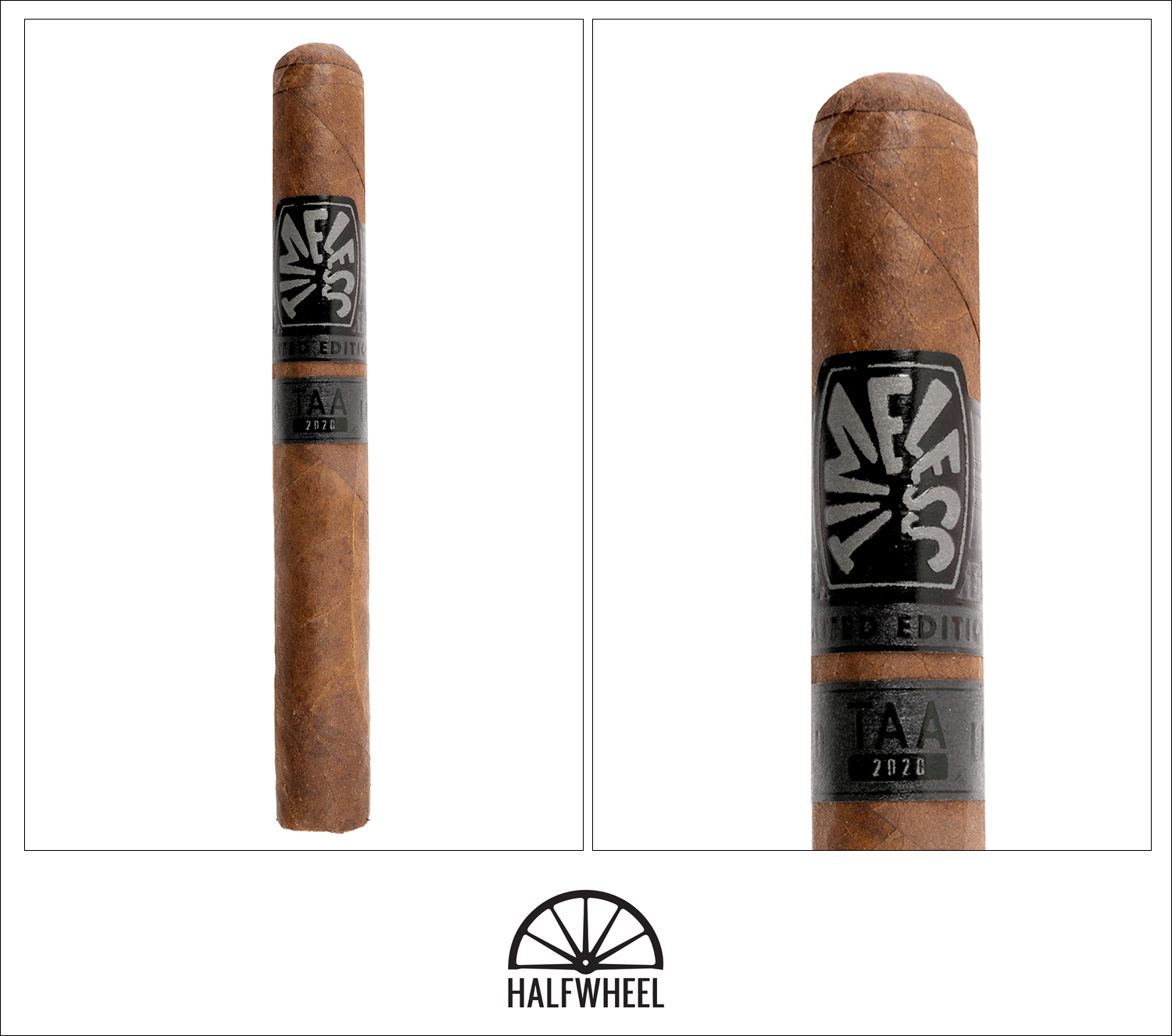 The Nat Sherman 2020 TAA Limited Edition is quite distinctive from the first moment you see it, with a smooth dark espresso brown wrapper, albeit with not much oil present, and gray on black bands. The cigar has a number of overt veins and two of the samples had feet with a noticeable—albeit most likely unintentional—soft box-press. Aroma from the wrapper and foot is a combination of pungent raisins, sweet cedar, earth, espresso beans, cloves, hay and a touch of floral, while the cold draw brings amazing flavors of strong dark chocolate, sweet raisins, cloves, grass, creamy peanuts, cedar, black pepper and spice on my tongue.

Starting out the first third, the Timeless TAA features a blast of black pepper and spice on the palate that quickly recedes to the background, allowing dominant flavors of both dark chocolate and earth to shine through. Lesser notes of hay, cedar, peanuts, leather, freshly roasted coffee beans and cloves flit in and out on my palate, while the finish has a slight metallic note to it that already seems to be fading. There is a very nice and very distinct raisin sweetness on the retrohale seemingly pulled over from the cold draw, along with plenty of black pepper to fill in the gaps. Construction-wise, the Nat Sherman is giving me an excellent draw after a straight cut and the burn is slightly uneven but far from needing any attention with my lighter, while the smoke production is about normal off of the foot. The overall strength starts out fairly mild, and although it does increase a bit, it ends the first third at a point in-between mild and medium. While the dark chocolate note easily remains one of the dominant flavors in the profile during the second third of the Nat Sherman, the earth note from the first third takes a back seat, overshadowed by a much stronger creamy cedar flavor. Additional flavors of peanuts, espresso beans, leather, hay, sourdough bread and a touch of floral make themselves known at different points, while the metallic note on the finish from the first third has been replaced with cloves. In addition, the raisin sweetness on the retrohale has increased dramatically, while the spice and pepper that were present have all but disappeared. Unfortunately, the burn has taken a turn for the worse leading to a couple of touchups, but both the draw and smoke production continue to give me no issues. Strength-wise the Timeless Limited Edition does increase enough to reach a point close to medium, but is not showing any signs of wanting to cross over at this point.

The final third of the Nat Sherman 2020 TAA seems content to revert to a point similar to the first third: dominant flavors of dark, bitter chocolate combined with earth, followed by notes of coffee beans, leather, hay, creamy nuts, cedar and cloves. However, there are some fairly obvious changes as well, including some new secondary flavors in the profile—specifically popcorn and sawdust—as well as slightly more raisin sweetness and a return of some black pepper to the retrohale. In terms of construction, the burn does not seem to want to even out—leading to a couple more touchups—but the draw continues to excel and the smoke production shows no sign of slacking off. Finally, the overall strength does manage to cross the medium mark—albeit just barely—just as I put the nub down with about an inch remaining. Any cigar blend that uses a majority of Nicaraguan Jalapa tobacco is going to have a sweeter profile, which the Nat Sherman 2020 TAA Limited Edition has in spades. From the amazing chocolate-covered raisins note on the cold draw and the retrohale to the dominant flavors that changed from dark chocolate to creamy cedar and back again, the new Nat Sherman checked a number of different boxes with ease. Of course, that is not to say there were not some issues—the brief metallic note on the finish in the first third and the numerous short touchups top that list—but they paled in comparison to what the cigar’s profile had to offer. People looking for a strong powerhouse need not apply, but those wanting a profile that combines sweetness, creaminess and earthiness in the same cigar have a new choice.