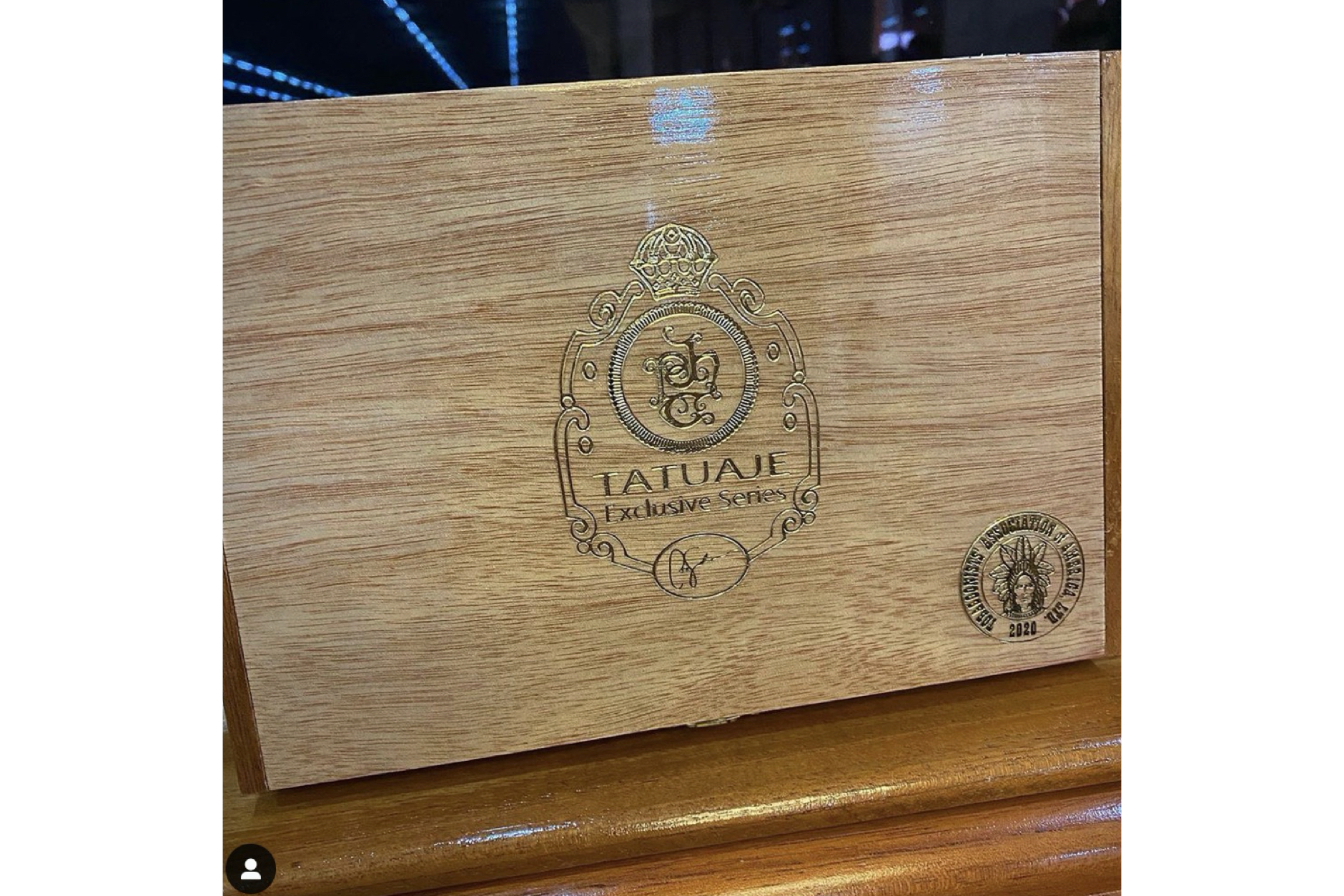 The Tatuaje TAA 2020 will head to stores next week.

Pete Johnson, Tatuaje’s founder, posted on his Instagram page that the cigars would begin shipping on Monday. This year’s release—the 10th Tatuaje TAA exclusive—is a 5 5/8 x 54 box-pressed parejo size that uses a Sumatran wrapper over a Nicaraguan binder and fillers from Nicaragua.

As the name implies, the cigar is an exclusive to retail members of the Tobacconists’ Association of America Ltd. (TAA), a fairly small group of some of the country’s top tobacconists, about 80 retailers as well as 40 or so manufacturers. The association gathers annually to discuss issues facing the industry and retailers, as well as to have its annual trade show, a unique event that works on a group buying format in order to secure exclusive deals for these generally high-volume merchants.

This year’s TAA Convention & Meeting was canceled due to coronavirus COVID-19.

Over the years, various manufacturers have produced exclusive cigars for the TAA, this year there are 14:

Tatuaje has been the most prolific manufacturer of TAA exclusives, producing one every year for the last decade. Seven of the nine Tatuaje TAAs releases before this have used a Connecticut broadleaf wrapper. One release used an Ecuadorian habano wrapper and last year’s cigar used a Mexican San Andrés wrapper.