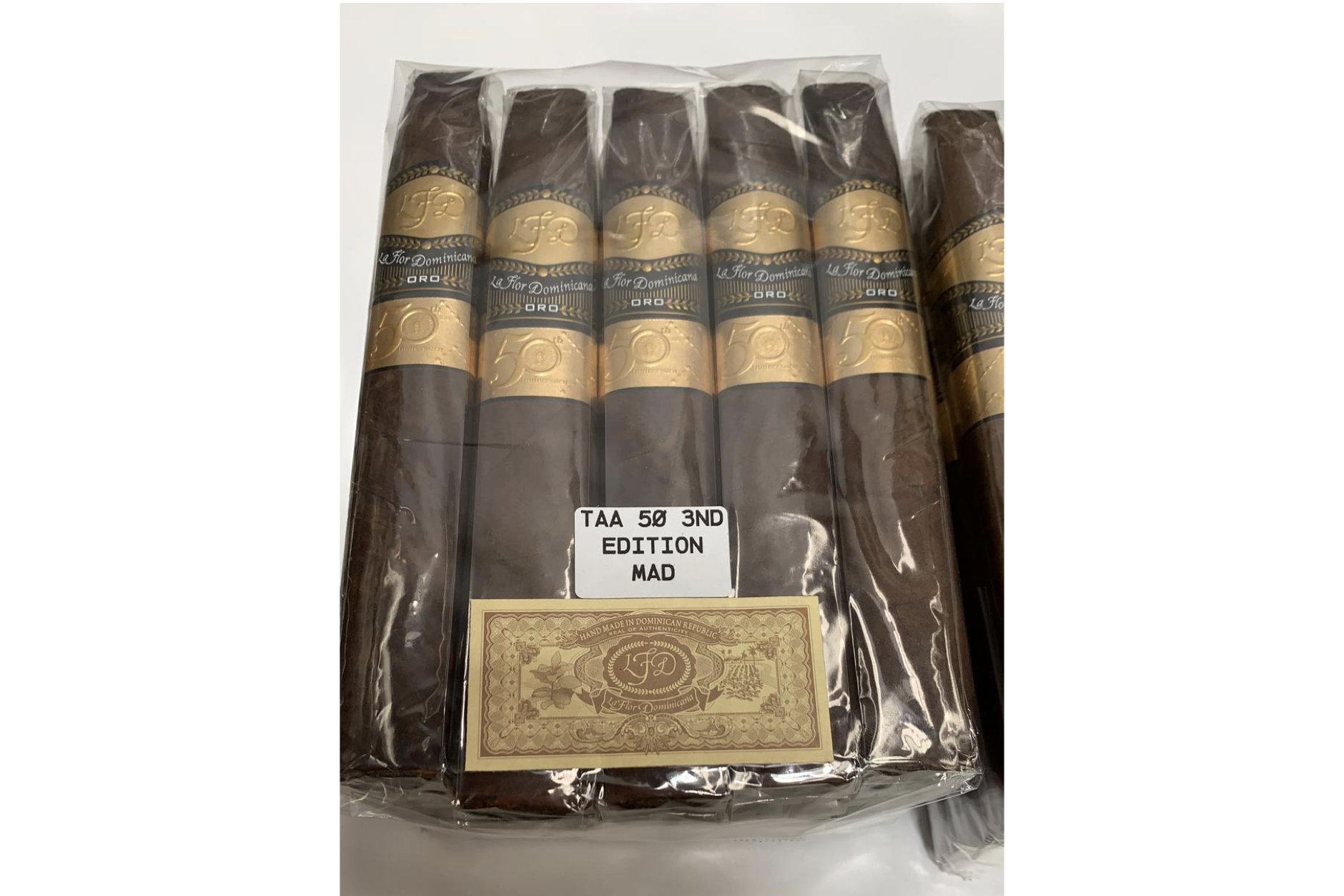 As it has done for the last few years, the company will offer its exclusive for Tobacconists’ Association of America (TAA) retailers in both natural and maduro options, the only manufacturer to do that for 2020.

Those cigars are the La Flor Dominicana TAA 52nd Oro Tercera Edición, which uses a Dominican binder and Dominican fillers, including a Dominican criollo 99 tobacco that La Flor Dominicana uses only in its TAA releases. The Natural version uses a Nicaraguan Sun Grown wrapper, while the Maduro uses a Connecticut broadleaf wrapper. Both cigars are offered in the 6 1/2 x 58 box-pressed chisel size, which is a signature for La Flor. Its a heavily pressed torpedo size that comes to a flat angle that can allow the smoker to either cut the cigar normally or punch it.

Pricing for the cigars is $23 regardless of wrapper and each is offered in boxes of 20. La Flor Dominicana told TAA retailers that it expects to ship the cigars in September or October.

The cigars wear bands that read 50, a reference to the organization’s 50th anniversary two years ago when these blends first debuted.