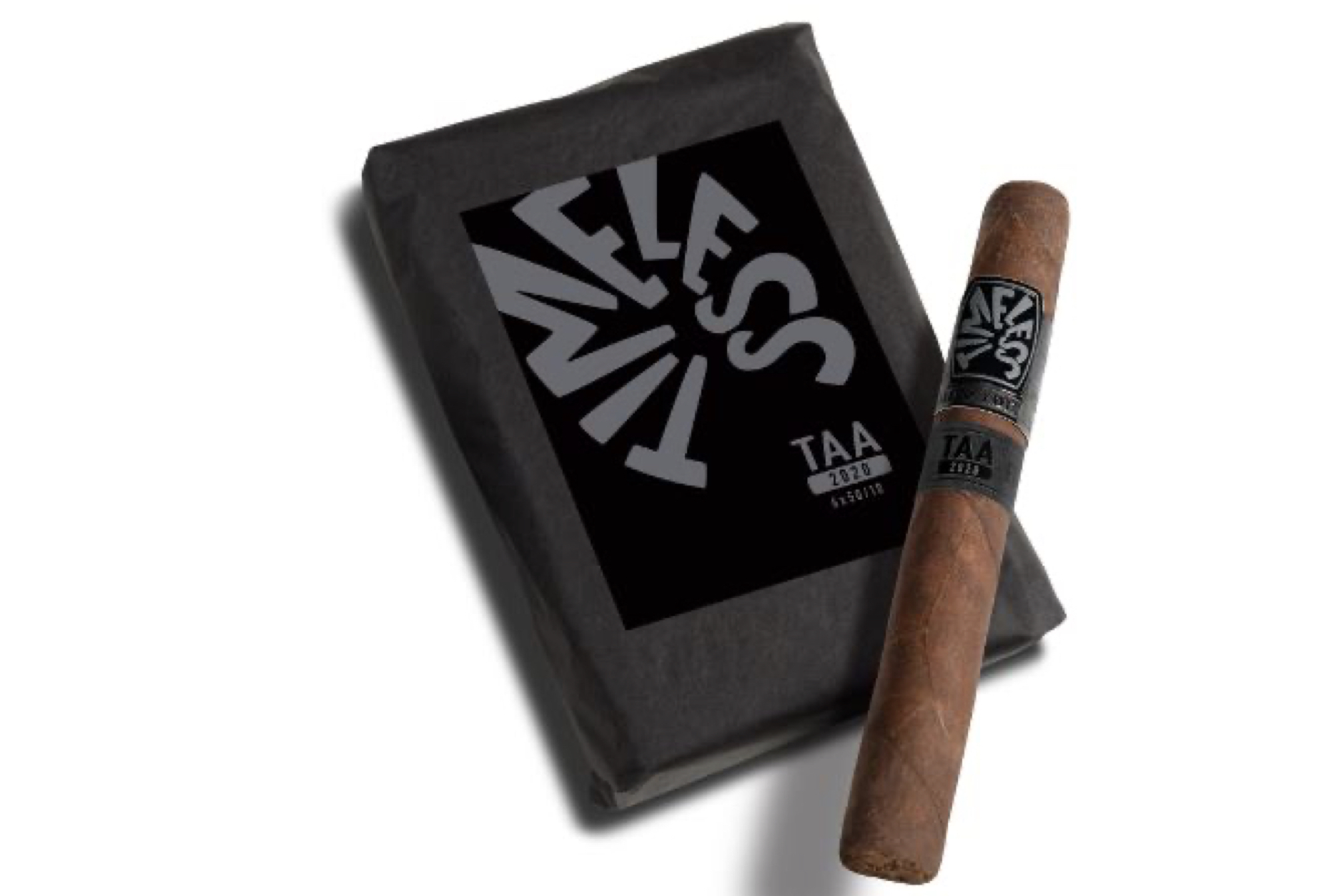 The Tobacconists’ Association of America Meeting & Convention was set to begin today. It’s been postponed, but that doesn’t mean some of the exclusive cigars for the retail members of TAA aren’t going to ship this spring.

“All of the filler tobaccos were grown in the Jalapa region of Nicaragua, an area known for elegance and subtlety, and often used for wrapper,” said Michael Herklots, vp of Nat Sherman International, in a press release.  “We used higher primings across multiple vintages in order to deliver a wider breadth in flavor and complexity from this region. The wrapper for this Limited Edition is a low priming sun-grown leaf from Estelí, Nicaragua. Though Estelí is more commonly known for rich filler tobaccos, this elegant wrapper adds the influence of Estelí’s terroir to the blend in a more graceful and thoughtful way.”

It uses the Nat Sherman Timeless branding, but in a monotone color scheme.

TAA 2020 was originally scheduled for March 22-26, 2020 in Cabo San Lucas, Mexico. Due to coronavirus COVID-19, it has been postponed until likely September or early October.

TAA members also have access to a variety of exclusive cigars made under the TAA Exclusive Series Program. La Aurora, My Father, Tatuaje and Villiger have also announced TAA exclusives for 2020.