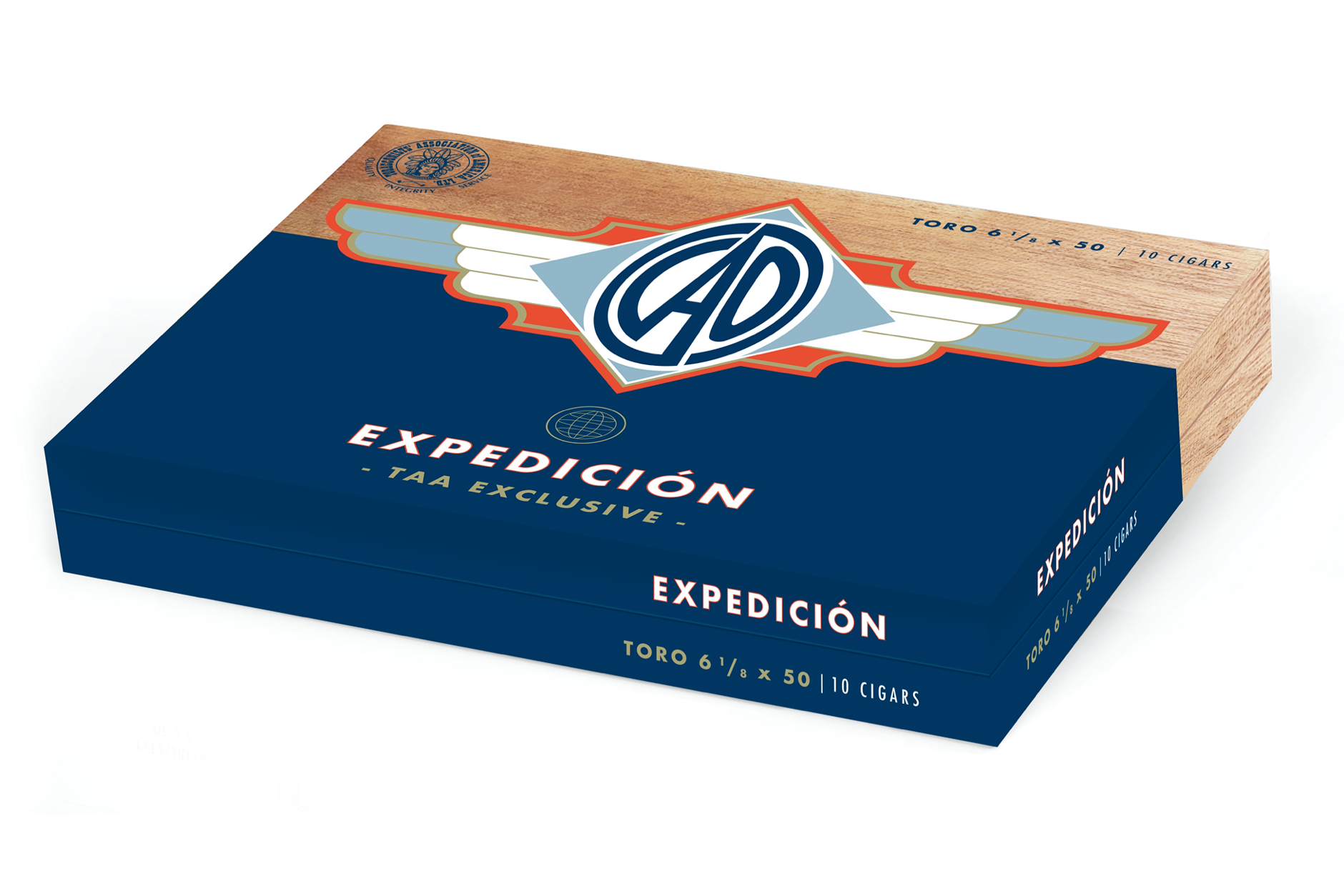 CAO Expedición Shipping to TAA Retailers in May

General Cigar Co. has announced its TAA exclusive for 2020 and for the third time, it will come from CAO.

The CAO Expedición is a 6 1/8 x 50 toro that uses a Connecticut broadleaf oscuro wrapper over a Connecticut shade binder and fillers from the Dominican Republic, Honduras and Nicaragua. General is producing the cigar at the company’s STG Danlí factory in Honduras.

“The TAA is an important association to us and it is a pleasure to be able to provide members with an exclusive blend year after year,” said Rick Rodriguez, master blender for CAO, in a press release. “We are confident that Expedición will sell out as quickly as previous CAO blends for the TAA have.”

General says the cigar will begin shipping in May.