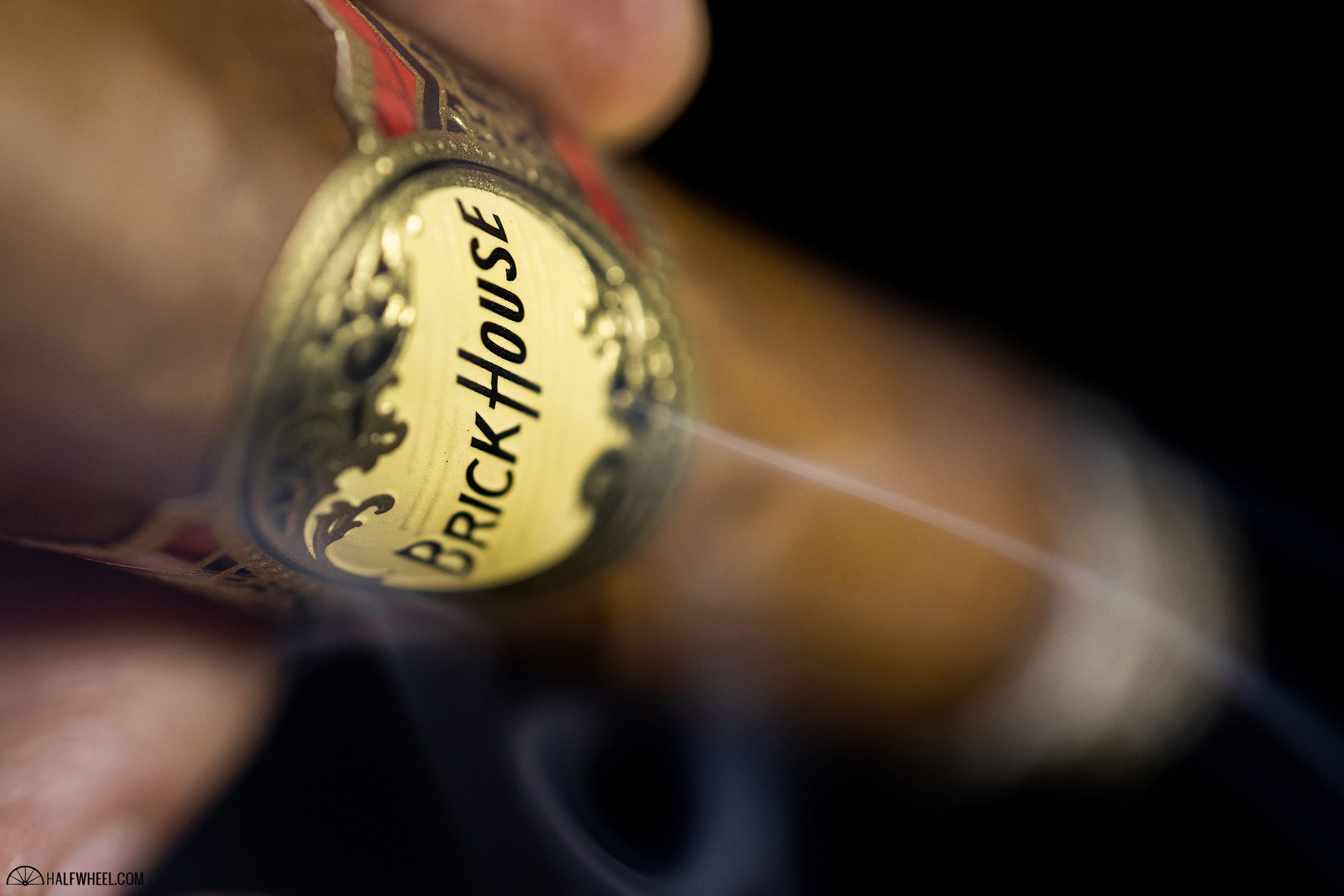 Last year, while sleep-deprived in Germany, I saw that Drew Newman of J.C. Newman Cigar Co. had posted a picture of a new extension to the company’s Brick House brand. He was also in Germany, at a separate event in Köln, and was handing out the new Brick House Ciento Por Ciento.

The phrase ciento por ciento is Spanish for 100 percent, a reference to the fact that the blend is a Nicaraguan puro. While the regular Brick House line is also a Nicaraguan puro, Ciento Por Ciento is a distinct blend from that line. When I caught up with Newman a few days later he made it seem that there was a strong possibility that the Ciento Por Ciento could turn into a future exclusive for retail members of the Tobacconists’ Association of America (TAA). 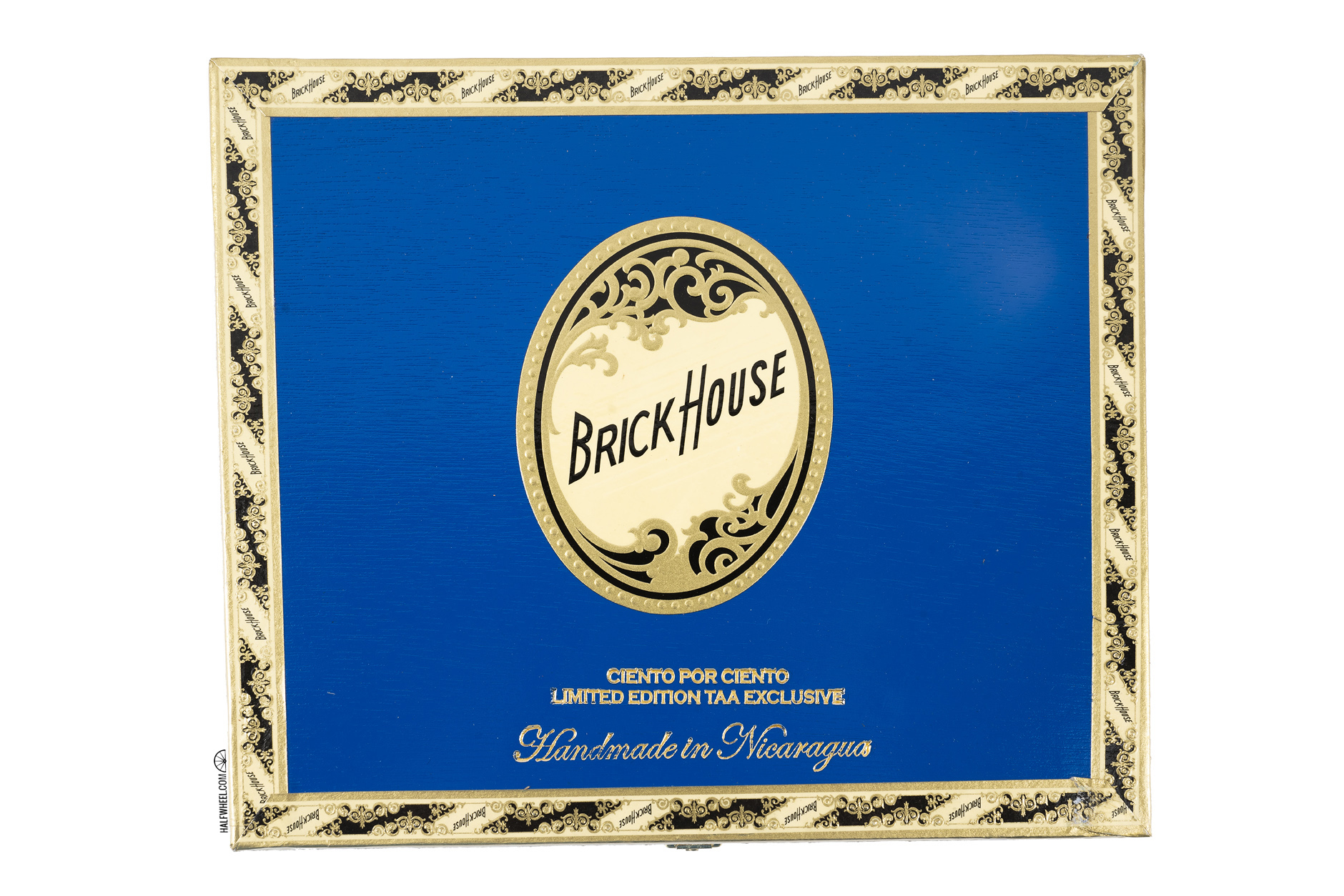 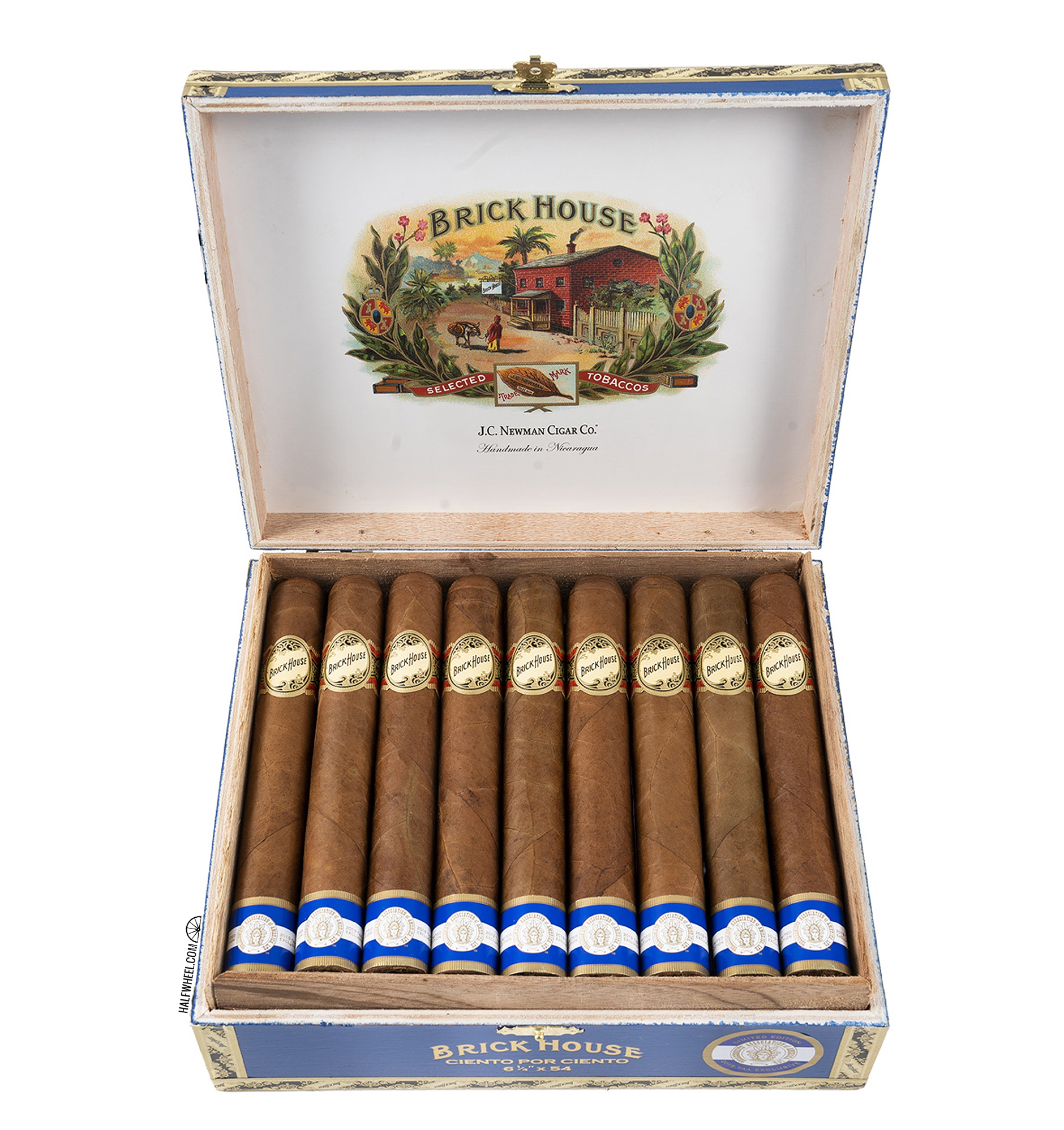 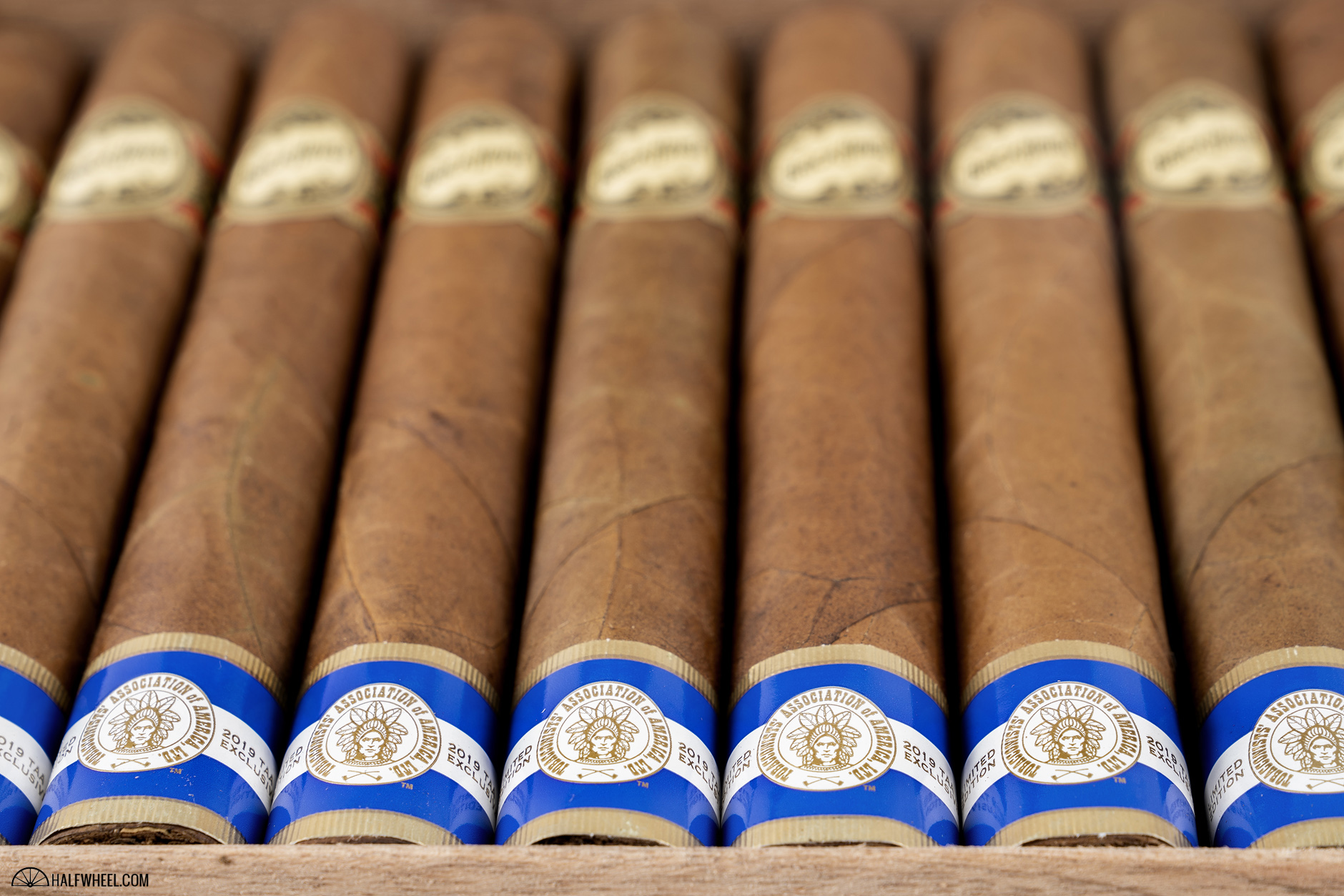 While Newman was showing the cigar in Germany in a 5 x 56 torpedo vitola, earlier this year, J.C. Newman followed through with those plans in the form of a 6 1/4 x 54 toro extra size priced at $7.40. 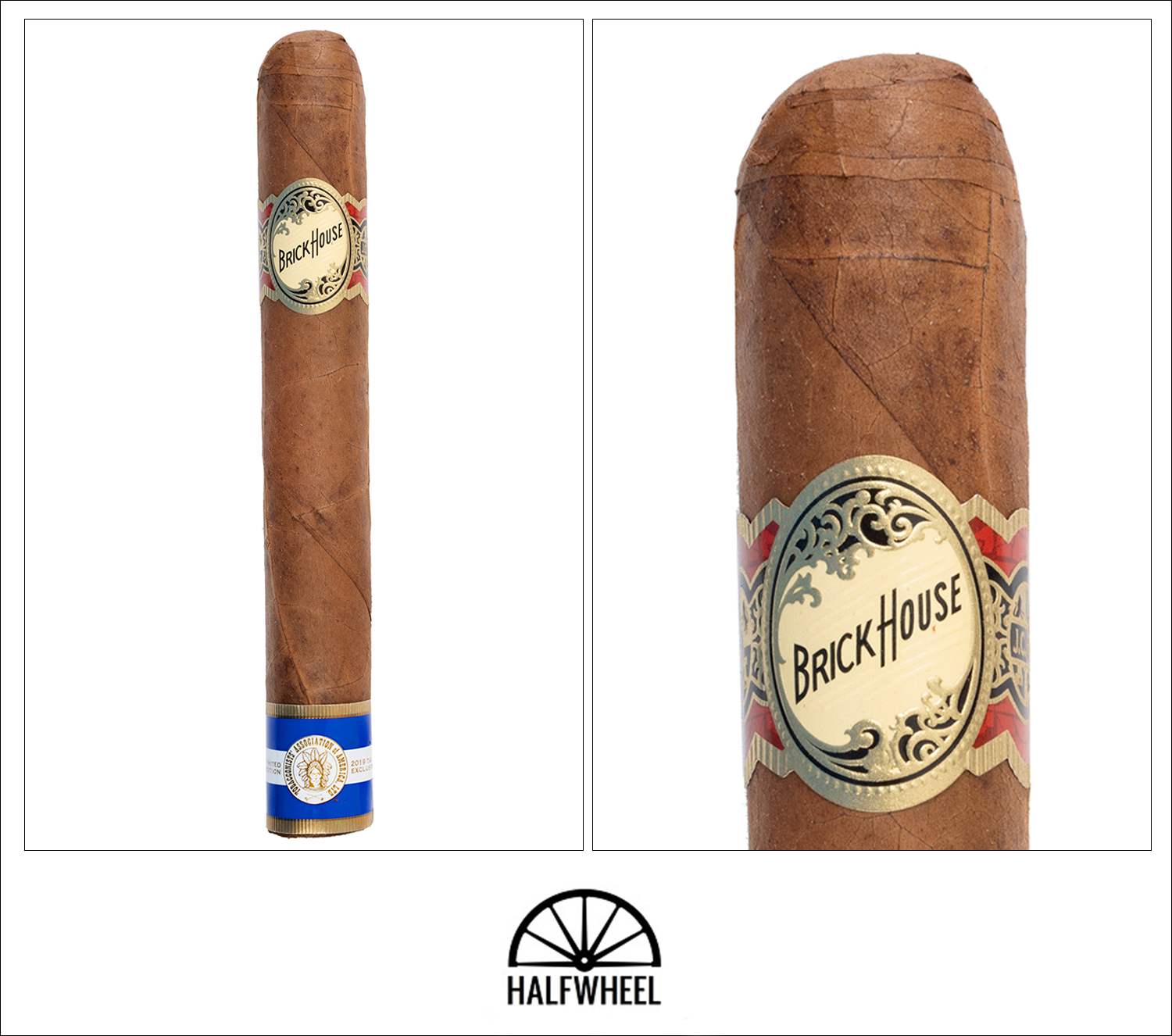 The Brick House Ciento Por Ciento is a large cigar, a lot larger than the ones that were given out in Germany last year. I’m not an expert in Brick House wrappers, but this seems to be a bit lighter than most of the Brick Houses I recall. Aroma from the wrapper is a mixture of peanuts, creaminess, wet leather and some acidity, around medium-full. The foot is a bit lighter and a bit sweeter: peanut butter, raspberry tea, creaminess, sweet chocolate and a bit of white pepper. The cold draw has nuttiness, creaminess, lime, a whiskey-like oak and some weird dry cracker flavor that I cannot really place.

Things begin with me struggling to get the preferred volume of smoke in my mouth, but I get some earthiness followed by white pepper. Thankfully, that’s really not what I experience for much more than few puffs. Pretty quickly the cigar becomes super creamy with some roasted nuts, a bit of a cheap vanilla flavor, and the aforementioned oak. Retrohales have burnt caramel and vanilla, along with predictably more creaminess. Flavor is medium-full in its intensity, though each puff seems to interact with every single part of my palate. The body is medium-full and the strength is medium. All three cigars could use better smoke production in the first third though one cigar in particular struggles throughout this portion. 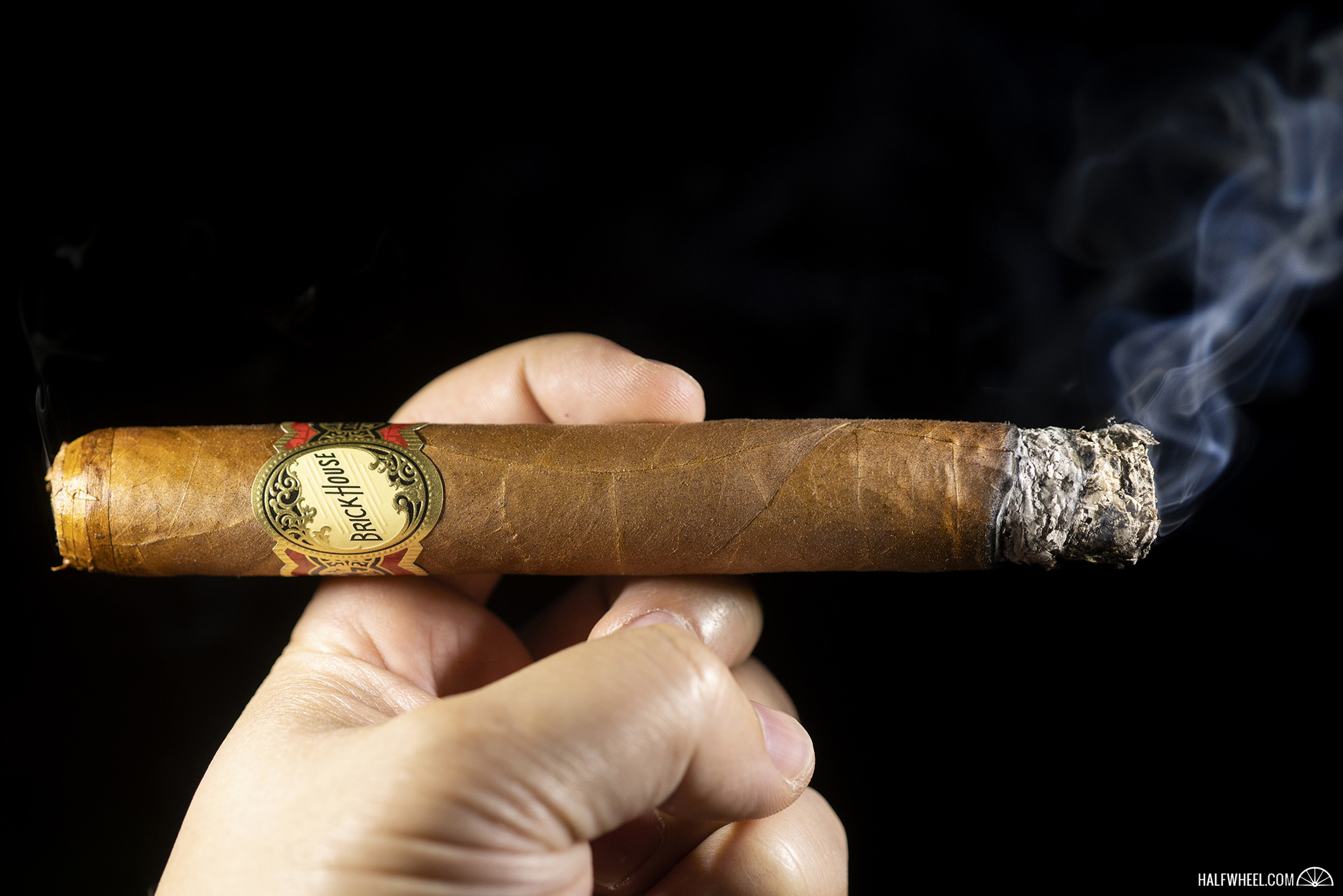 The second third of the Ciento Por Ciento gets much nuttier, mainly due to a pretty defined peanut flavor. There’s still creaminess and oak, but I also pick up a mineral flavor and a savory characteristic that reminds me of beef fat. Retrohales produce dark roasted flavors, damp earthiness and a plethora of creaminess. The finish remains creamy with some white pepper, almonds and lemon. There’s also a lingering harshness that sticks around on the palate and seems to be increasing as time progresses. Flavor is medium-full, while body and strength are medium-plus.

It either takes me or the Brick House a bit of time to settle on what it is, but eventually a citrus flavor lands on sweet oranges. That coats the mouth, joined by the familiar peanuts and oak. The creaminess that had been the dominant flavor for almost all of the cigar is receding, particularly once I get to the final inch. Retrohales have sawdust on top of creaminess, earthiness and a sweet ponzu sauce. The finish has black pepper and creaminess, but with just an inch left, it gets super dry. That dryness, combined with the lingering harshness that began in the second third is not a great experience. Flavor is full, body is medium-plus and strength is medium, though after smoking this cigar for about three hours, I am starting to feel the cumulative effects of it. 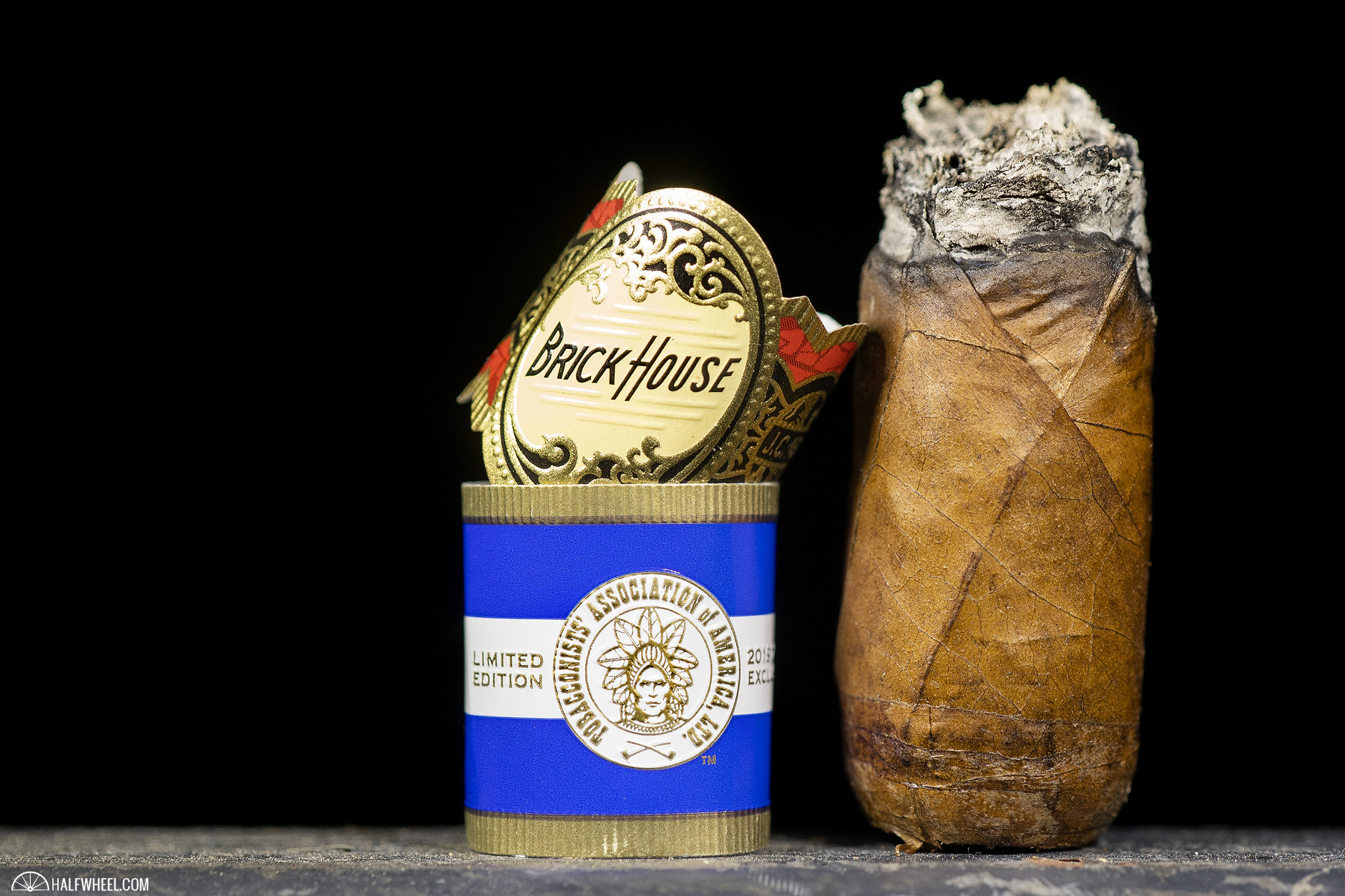 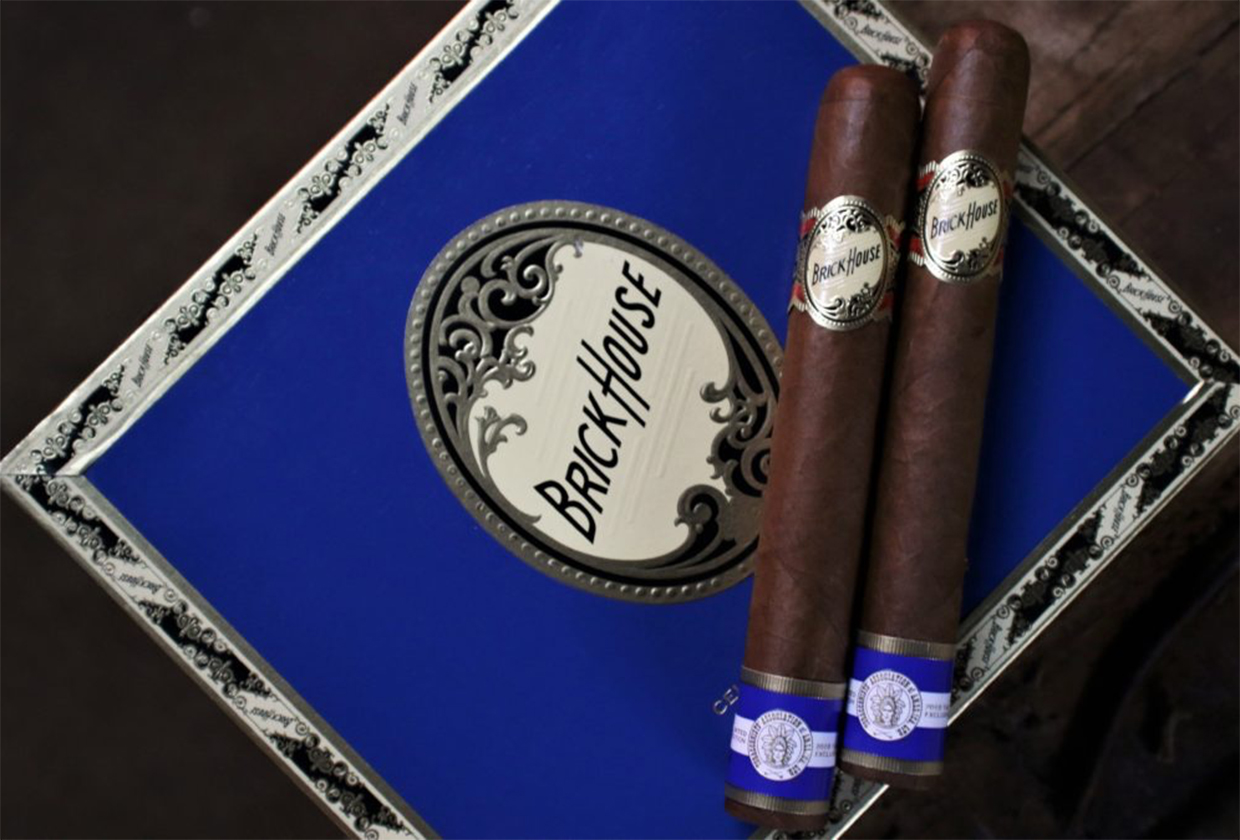 The Ciento Por Ciento would be so much easier to understand if it wasn’t a Brick House. It doesn’t taste much like the Brick Houses that I recall and the flavors it delivers at times seem more suited to a Connecticut cigar, perhaps the cigar Brooks was looking for when he reviewed the Brickhouse Double Connecticut. That being said, at the end of three hours of smoking the cigar, the overall nicotine consumption had taken its toll, certainly much more than J.C. Newman would want for the Double Connecticut. It’s a decent cigar with a great price point, I just really wish it burned a bit quicker.