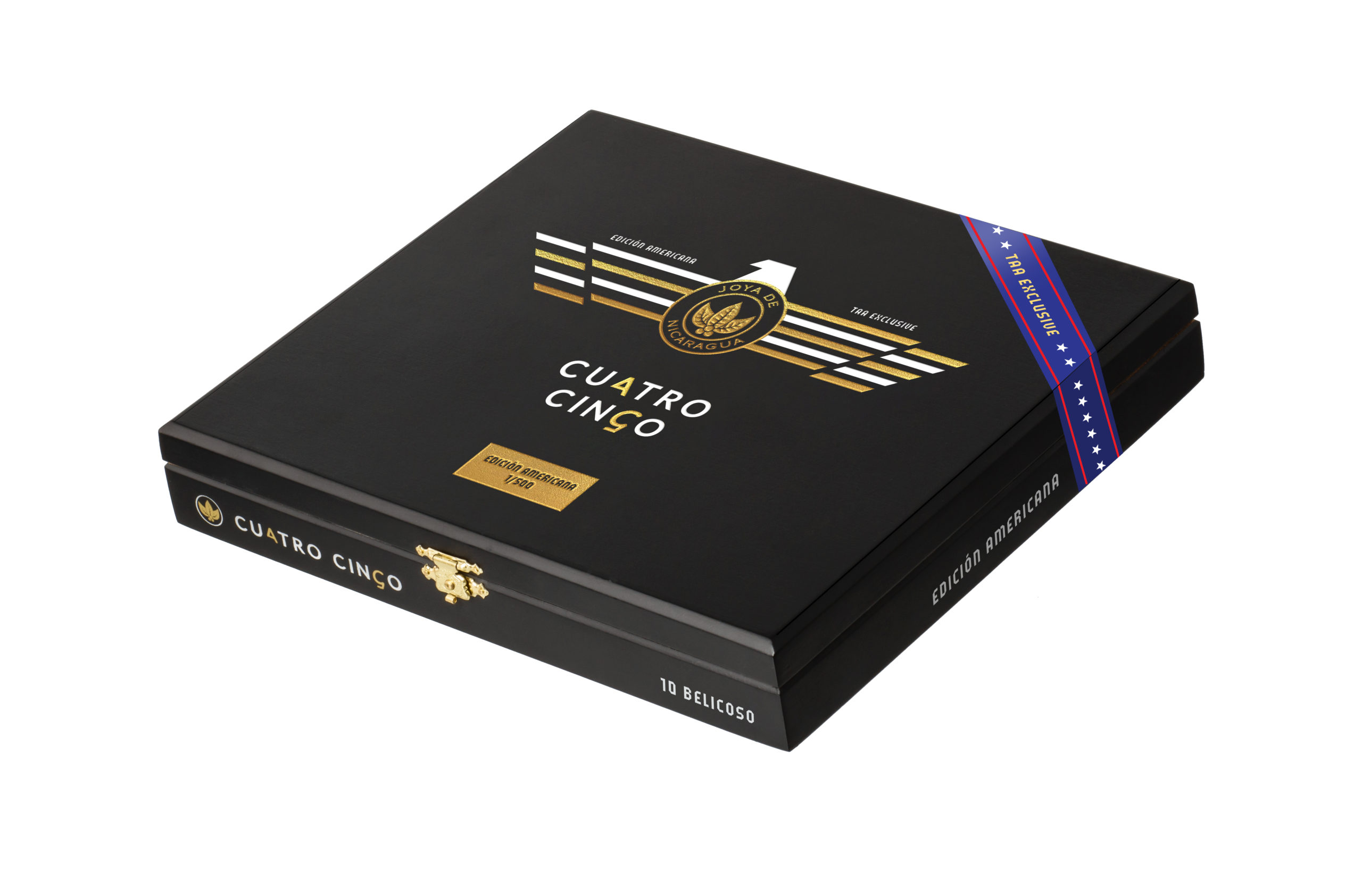 Joya de Nicaragua’s 2021 TAA exclusive is off to stores.

The Joya de Nicaragua Cuatro Cinco Edición Americana TAA Exclusive is a 6 x 54 box-pressed belicoso version of the Cuatro Cinco. It uses a wrapper from Jalapa, Nicaragua over a Dominican binder and fillers from Nicaragua.

While this release will be exclusive to retail stores that are members of the Tobacconists’ Association of America (TAA), it’s not the first time the shape has been released. Joya de Nicaragua used this size as an event-only promotion in 2019. The Edición Americana version uses slightly different packaging, most notably the TAA secondary band on the foot of the cigar.

The Cuatro Cinco Edición Americana has an MSRP of $13.40 per cigar and is limited to 500 boxes of 10 cigars.

“When we were deciding what the next TAA product should be, we knew it had to be special,” says Joya de Nicaragua’s Executive President, Juan Ignacio Martinez. “When the team proposed the Belicoso, the decision was made, there’s no other vitola in the Cuatro Cinco family that smokes closer to the original limited edition than this one.”

This year, a total of 13 different companies announced TAA ESP releases, around half of them have shipped to stores: