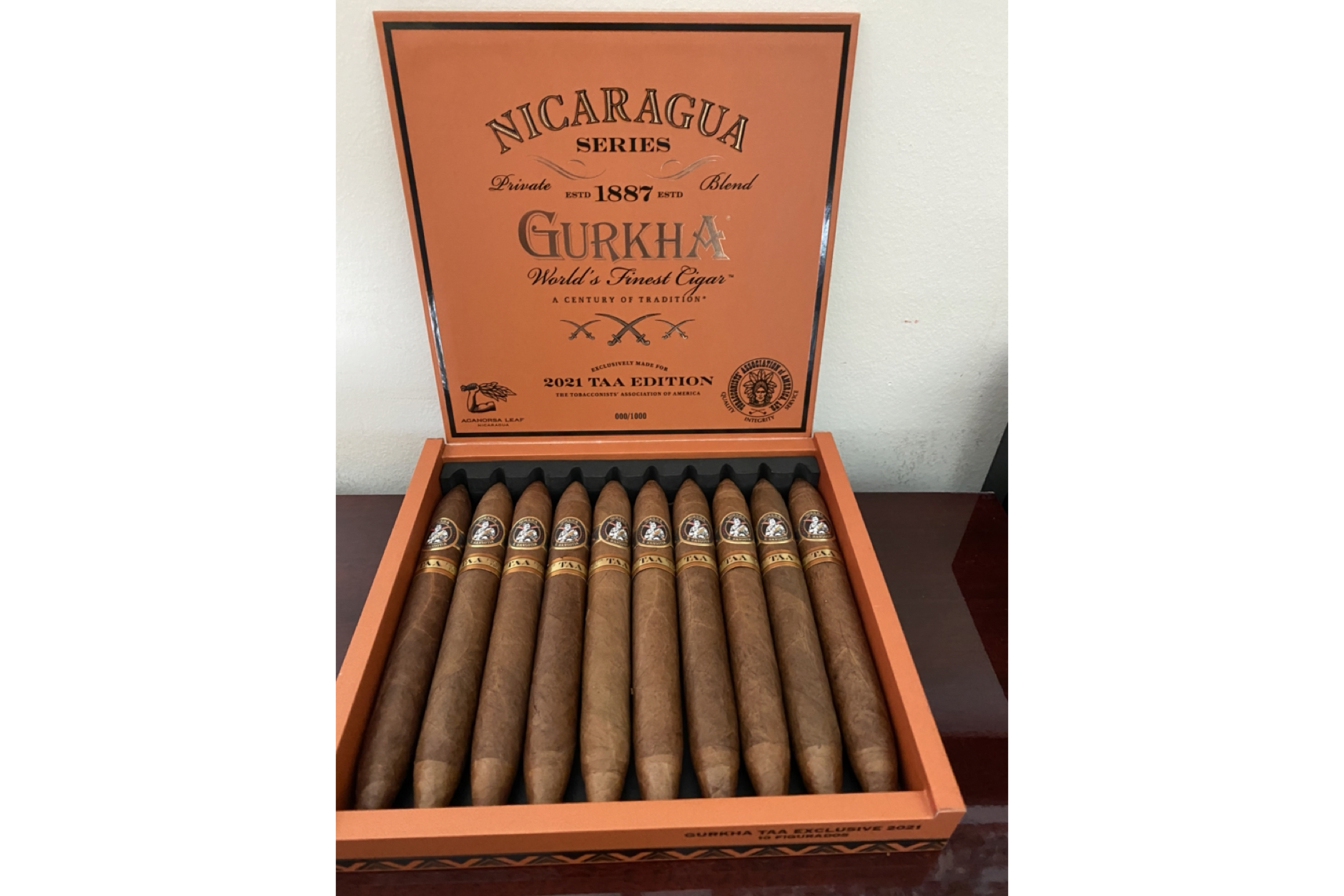 This June, Gurkha plans on shipping its second exclusive release for the Tobacconists’ Association of America (TAA) Exclusive Series Program.

This is the second time Gurkha has made an exclusive cigar for TAA; the other was the 2018 release of the Gurkha Heritage Rosado Toro.

The TAA hosted a virtual meeting yesterday and then plans an in-person event at Casa de Campo, Dominican Republic this October.

This year, there are 12 companies releasing new TAA ESP cigars:

Note: The featured image is described as a preproduction example of what the cigars will look like and not the finished product.