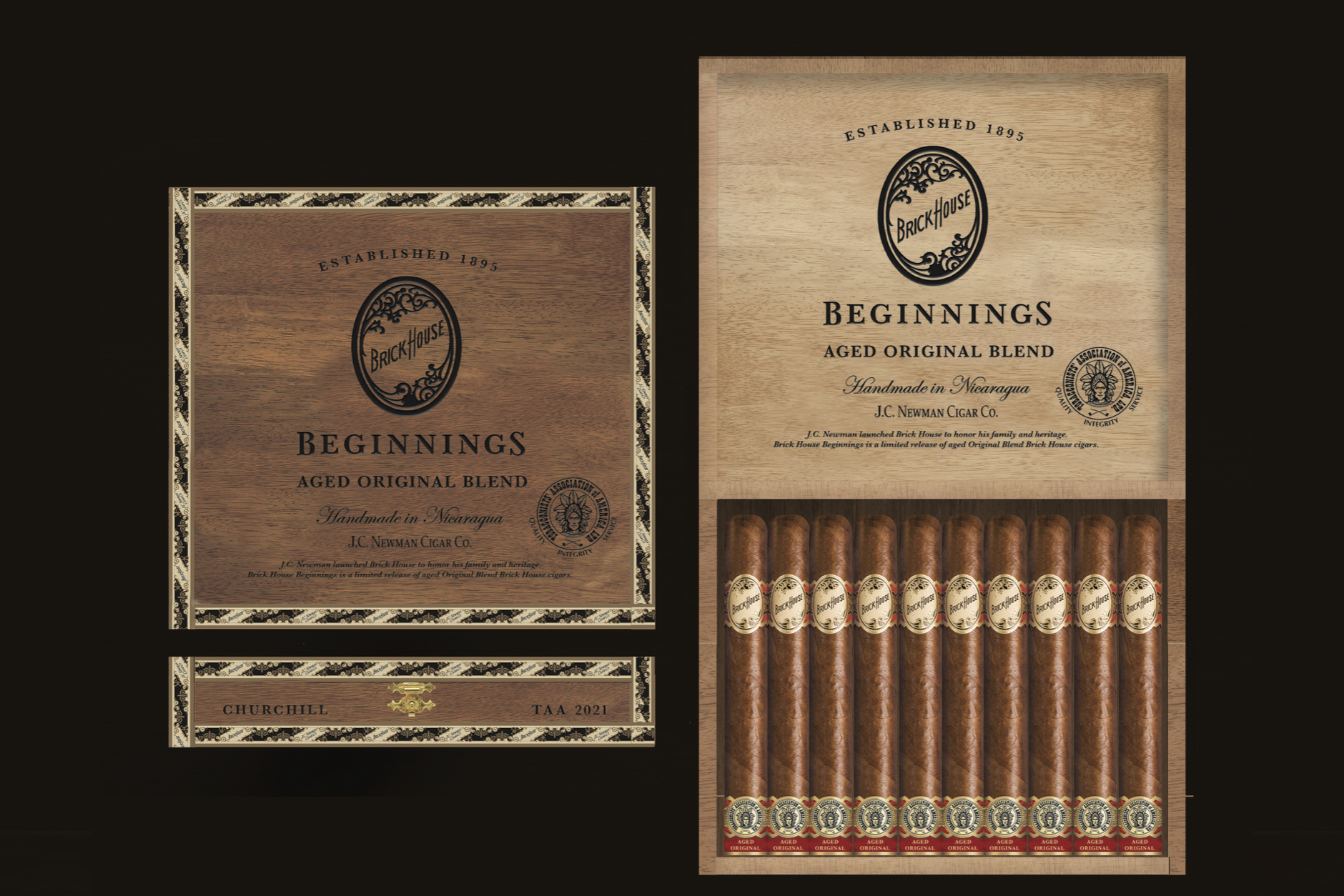 This year’s TAA release from J.C. Newman is a trio of cigars that are anything but new.

Rather than creating a new blend for the Tobacconists’ Association of America (TAA) Exclusive Series Program, J.C. Newman is releasing three sizes of Brick House that were aged for 10 years after rolling.

The company says it found the cigars while it was renovating its factory and headquarters in Tampa last year as part of its 125th-anniversary celebration. To clarify, these cigars were rolled in Nicaragua—not Tampa—likely at the San Rafael factory in Ocotal. Today, Brick House is rolled at J.C. Newman’s PENSA factory in Estelí.

J.C. Newman says that it expects to begin shipping the cigars in May. There are approximately 1,100 boxes total between the three sizes.

During the event, the organization holds two selling events, one known as the Dream Machine where the retailers collectively order to secure larger discounts, while the other is a more traditional trade show. Typically, around a dozen manufacturers release new exclusive cigars for the retail members of the organization under the TAA Exclusive Series Program banner. Those manufacturers agree to give a portion of the proceeds to the organization, usually around 25 cents per cigar.

So far, only six companies have announced their TAA ESP releases for 2021: