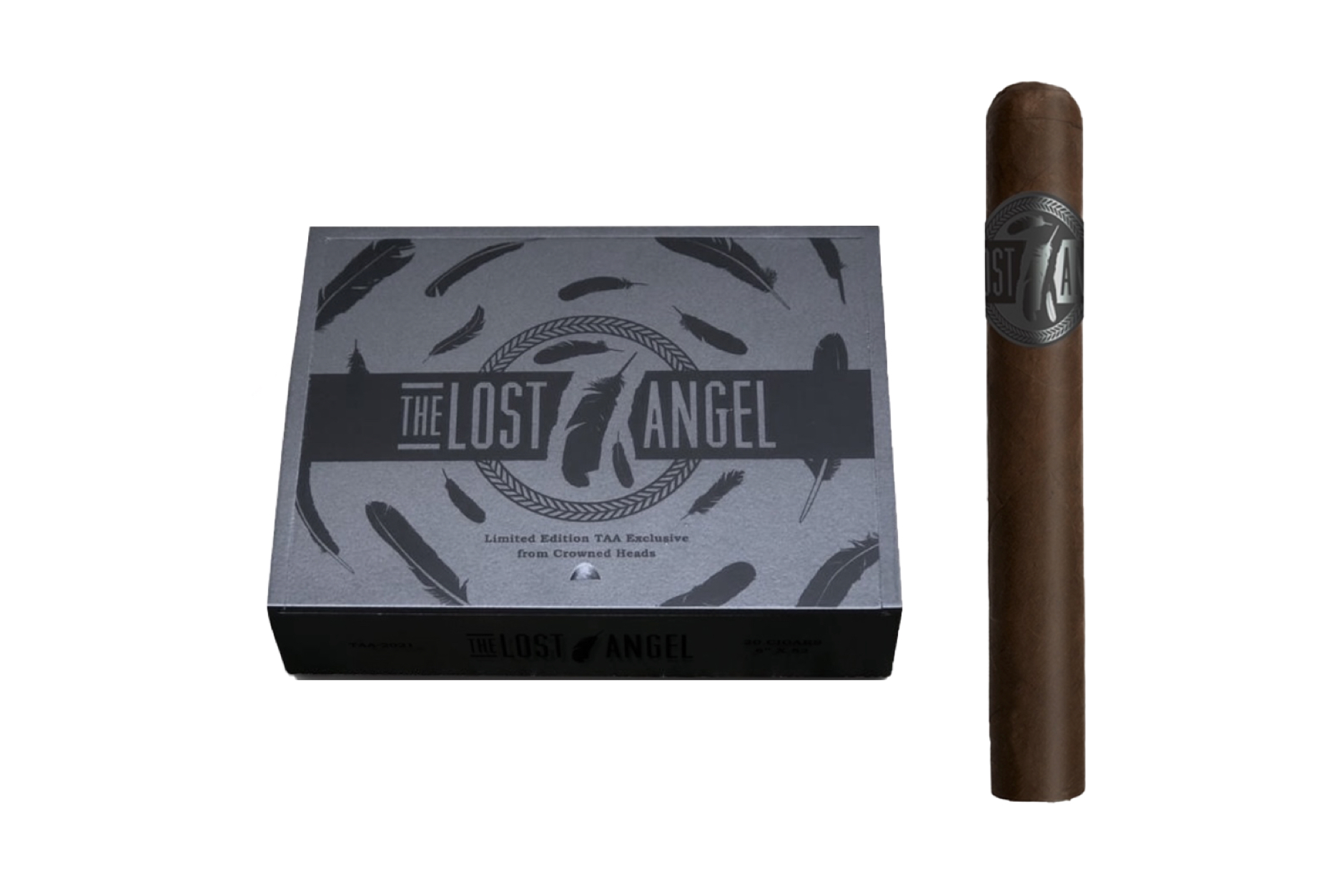 Last March, Crowned Heads announced its 2020 exclusive release for the Tobacconists’ Association of America (TAA). Then, the coronavirus COVID-19 pandemic began canceling events, including the in-person version of the annual TAA Meeting & Convention where orders of the cigar would normally be written.

TAA opted to have a virtual meeting and it seemed that most manufacturers released their TAA exclusives in 2020, but Crowned Heads opted to delay the release until 2021.

In the end, the company did more than just delay the release; it’s now releasing a completely different cigar.

The Lost Angel 2021 is a 6 x 52 box-pressed cigar that uses a Mexican San Andrés wrapper over a Brazlian mata fina binder and Nicaraguan fillers. It is being made at Tabacalera Pichardo, the same factory that produces Juárez and Mil Días for Crowned Heads. For context, The Lost Angel 2020 was announced as having an Ecuadorian Sumatra wrapper and being made at Tabacalera La Alianza S.A. in the Dominican Republic.

It has an MSRP of $11.75 per cigar and is limited to 1,000 boxes of 20 cigars. As with other TAA Exclusive Series Program cigars, it will only be sold to the roughly 80 retailers who are part of the group.

Each spring, those retailers—along with approximately 40 manufacturers from the cigar industry—gather to discuss issues facing the industry and retailers, networking and to sell a lot of cigars.

This is the first time that Crowned Heads’ TAA release is going by a name other than The Angels Anvil, which the company used from 2014-2019.

The Angel’s Anvil story is about a wingless angel who finds a blacksmith to provide him (the angel) with a hammer and anvil in order to create new wings. That was meant to serve as a parallel to Jon Huber’s story, Crowned Heads co-founder, who worked at CAO until it formally merged into General Cigar Co. and then co-founded Crowned Heads and began working with Ernesto Perez-Carrillo Jr.

In 2020, Huber said this release “explores the darker side of the story’s protagonist.” Specifically, before the angel meets the blacksmith and regains his wings, the angel needed to fall from heaven.

So far, Kristoff and Villiger are the only other companies to announce TAA 2021 ESP releases.