In April, Gurkha Cigar Group, Inc. announced it would be producing the first exclusive cigar to retail members of the Tobacconists Association of America (TAA) in its history. Named Heritage Rosado Toro, the 6 x 52 toro incorporates an Ecuadorian habano wrapper and binder as well as filler tobaccos from both Nicaragua and Peru.

Rolled at the American Caribbean Cigars S.A. factory, each cigar retails for $10 and is packaged in 10-count boxes with an initial production of 1,000 boxes, although that was later changed to 1,500 boxes.

“We are excited to introduce our first ever TAA exclusive cigar and will be making this an annual tradition at Gurkha,” said Carlos Llaca, director of operations for Gurkha, in a press release. “We were looking to make something special for the TAA’s 50th Anniversary and we feel this is the perfect cigar to celebrate the association and its members.”

The TAA is a small group whose membership includes approximately 80 retailers as well as 40 or so manufacturers that meet every year to discuss trends and issues within the cigar industry. The organization celebrated its 50th anniversary this year, and a has historically been the case, at least as of late, there was a multitude of cigar manufacturers that released custom blends, nearly 20 different exclusive releases, far and away the most the organization’s retailers have received in one year. 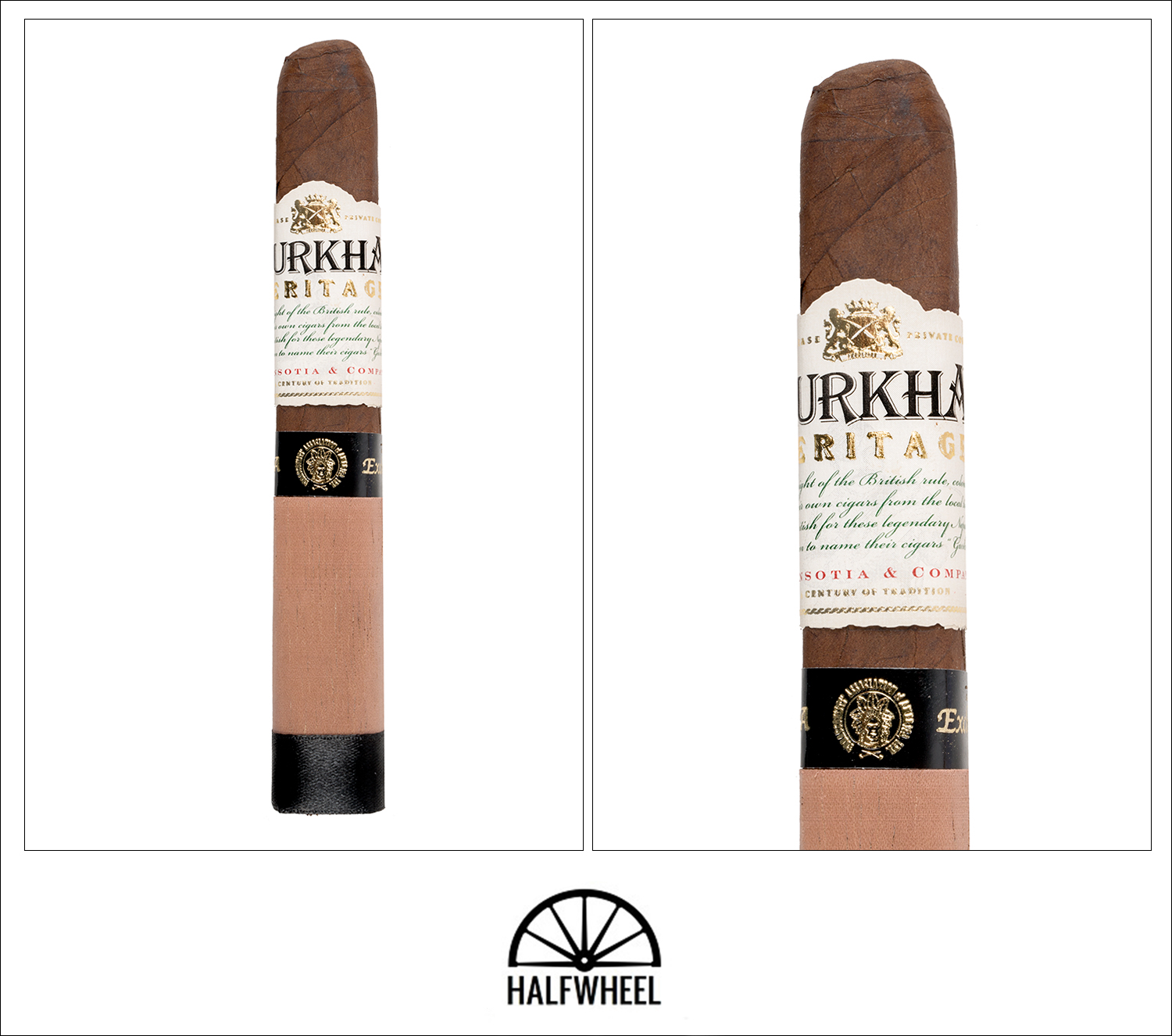 Once I remove the obscene combination of cello, foot band and cedar wrap, I can finally see that the Gurkha Heritage Rosado Toro is covered in a gorgeous dark reddish brown leaf that has numerous veins running up and down the length but almost no tooth whatsoever. There is a soft spot noticeable under the main band, and the cigar features a soft box-press along with a good amount of give when squeezed. Aroma from the wrapper is a combination of sweet earth, manure, leather, cedar, raisins and cashews while the cold draw brings flavors of dark chocolate, ground coffee, leather and popcorn along with some black pepper.

Starting out the first third, the profile of the Gurkha Heritage Rosado Toro is inundated with an almost overwhelming amount of both black pepper on the retrohale and spice on my tongue, to the point where it is difficult to taste anything else with any accuracy for close to 15 puffs. Things begin to calm down after that, with both aspects fading enough so that I can taste distinct notes of sweet almonds, coffee grounds, gritty earth, creamy oak, cocoa nibs and a touch of citrus. While there is still quite a bit of black pepper on the retrohale, I can discern an indeterminate sweetness that seems to be getting stronger as the first third burns down. Construction-wise, while the draw gives me no issues at all, the burn is problematic out of the gate, and I am forced to touch it up twice in quick succession. The overall strength starts out a bit higher than I expected and ends the first third very close to the medium mark. 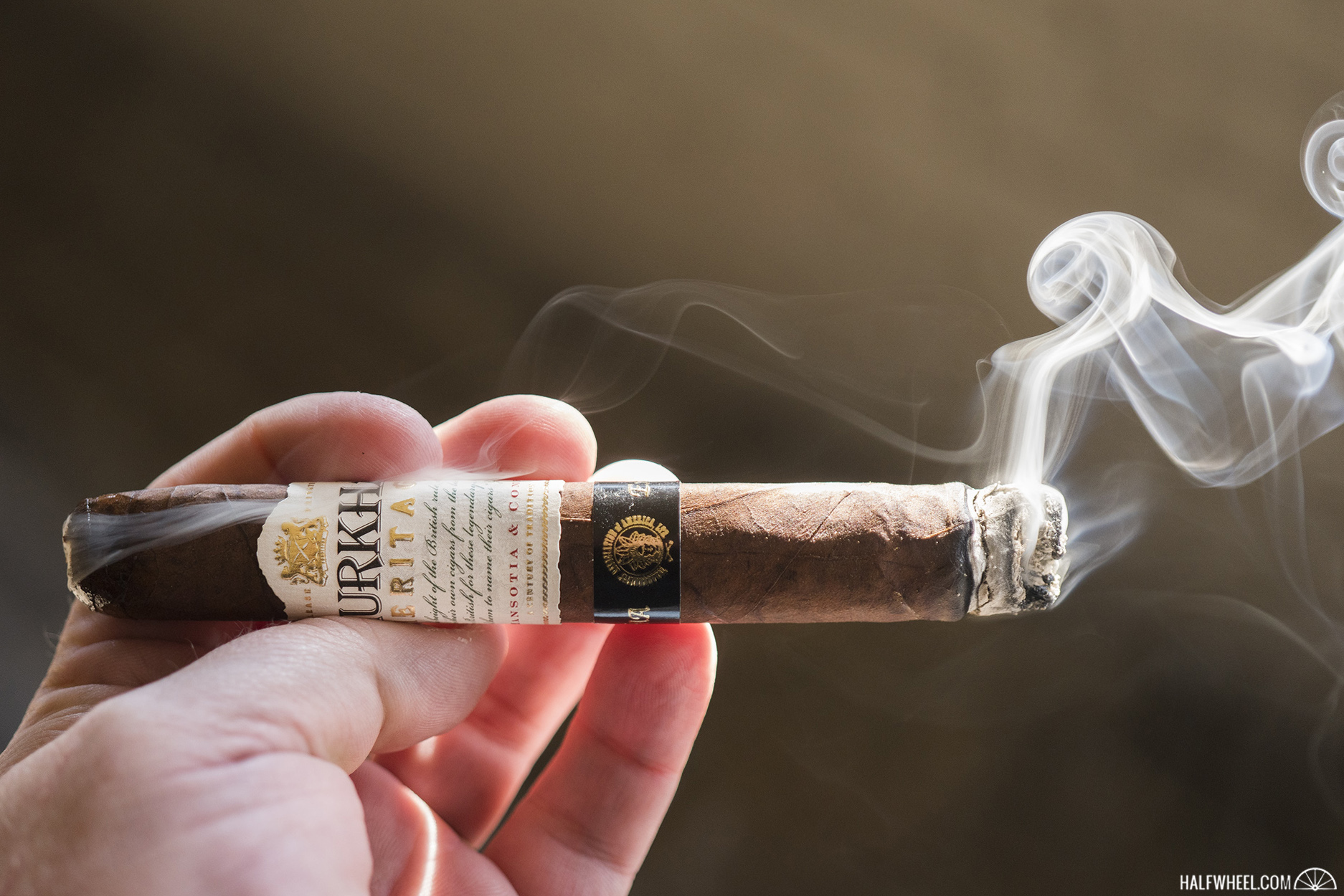 Thankfully, both the black pepper and spice that dominated most of the beginning of the Gurkha Heritage Rosado Toro continues to recede in the second third, allowing much more distinct flavors to emerge. The dominant flavor continues to be a sweetish almond note, but the earth has disappeared from the profile, replaced by oak and sawdust, followed by anise, vegetal, bread and a touch of floral. The black pepper note on the retrohale is still present, but noticeably reduced, and the sweetness from the first third has continued to increase in strength so that I can finally say that it reminds me of honey. In addition, there is still a noticeable espresso bitterness on the finish, but the spice that was so overwhelming on my tongue from the first third has disappeared, never to reappear. The draw continues to impress with the amount of resistance I have, but the burn gives me enough issues that I have to touch it up yet again and although the strength easily hits the medium mark by the end of the second third, it seems content to stay there for the time being. The final third is where the Gurkha Heritage Rosado Toro hits its stride, with the honey sweetness on the retrohale becoming strong enough to really positively affect the profile, joining other notes of creamy almonds, dark chocolate, creamy oak, hay, char, nutmeg and a touch of orange citrus. The espresso bean bitterness on the finish is still obvious and while the black pepper on the retrohale is still noticeable, the level evened off nicely. In terms of construction, the draw remains fantastic, while the burn has evened up enough that don’t have to continuously worry over it. Finally, while the strength level does end up a bit higher than the medium mark, it never really threatens to go further and I put the nub down with a little less than an inch to go. After a bit of a rough start that featured quite a bit of both spice and black pepper, the Gurkha Heritage Rosado Toro calmed down nicely into a very engaging profile full of creamy almonds, espresso and slight honey sweetness. Having said that, the construction—specifically, the burn—was an ongoing issue on each of the samples, leading to a slightly more annoying smoking experience than I would have liked. In the end, while there are some concerns overall, if you can get past the first half of the first third, you will be rewarded with a cigar that is more enjoyable than the final score above indicates.