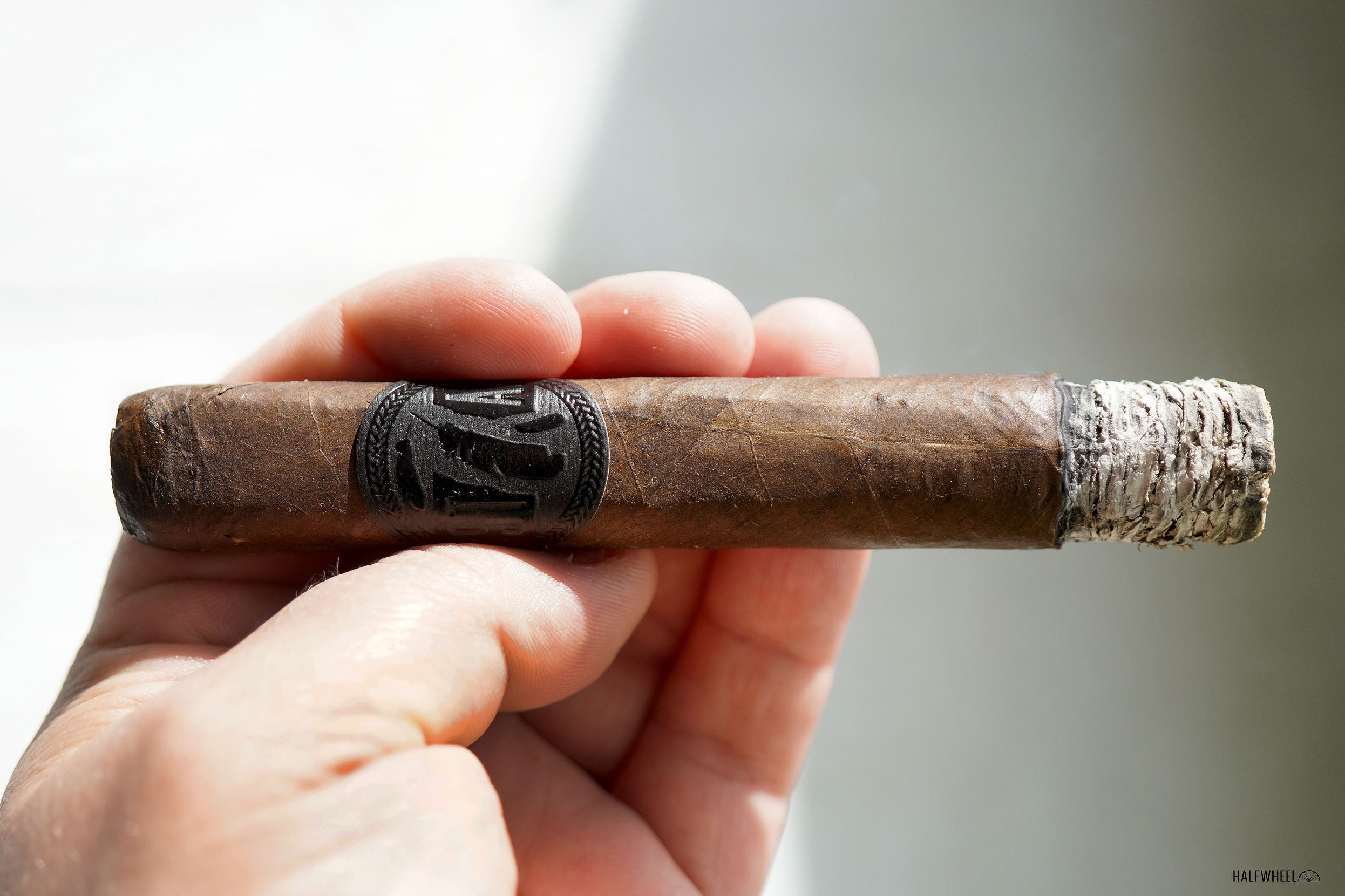 As a general rule, cigar releases may go through many different iterations before they finally show up on retailer’s shelves: sometimes the packaging has to be switched from the original vision, or the pricing needs updating, or—somewhat less often—the blend has to be changed after the original announcement.

The latter situation is exactly what happened for Crowned Heads’ latest Tobacconists’ Association of America (TAA) exclusive creation named The Lost Angel, albeit for various different reasons. The company has released a TAA exclusive named The Angel’s Anvil from 2014-2019, which incorporated the story of a wingless angel who finds a blacksmith to provide him (the angel) with a hammer and anvil in order to create new wings.

However, according to Jon Huber, Crowned Heads co-founder, The Lost Angel “explores the darker side of the story’s protagonist” by expanding on the original story: before the angel meets the blacksmith and regains his wings, the angel needed to fall from heaven.

When it was originally announced in March 2020, The Lost Angel was set to be released in April of that year, but the worsening coronavirus COVID-19 pandemic meant that events were being canceled left and right, including the in-person version of the annual TAA Meeting & Convention where orders of the cigar would normally be sold. While the aforementioned TAA Convention was eventually held—albeit as a virtual event—Crowned Heads decided to delay the release until this year.

However, when the company announced the new shipping date in March, it turned out that more than just the shipping date had changed; in fact, there was an entirely new blend.

Originally detailed as a cigar incorporating an Ecuadorian Sumatra wrapper covering a Nicaraguan binder and Nicaraguan fillers, the new blend is made up of a Mexican San Andrés wrapper, a Brazilian mata fina binder and filler tobaccos grown in Nicaragua. In addition, while the vitola remained the same—a 6 x 52 toro—the factory where the cigars were rolled changed from Tabacalera La Alianza S.A. in the Dominican Republic to Tabacalera Pichardo in Nicaragua, which happens to be the same factory that produces the company’s Juárez and Mil Días lines. 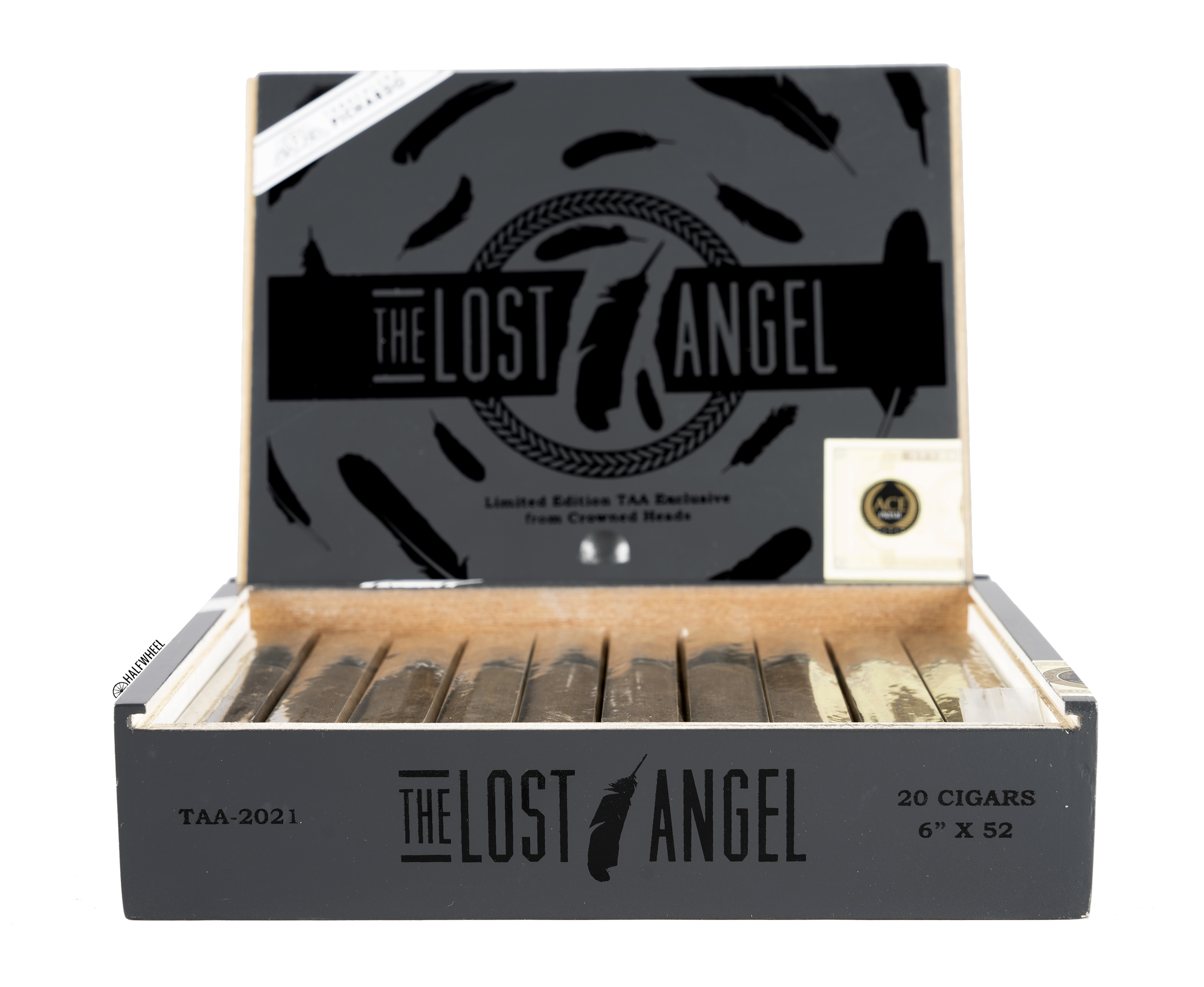 The Lost Angel 2021 carries an MSRP of $11.75 per cigar and is limited to 20,000 cigars packaged in boxes of 20. As has been the case for every release of The Angel’s Anvil, the new cigars are being sold exclusively to the roughly 80 retailers who are part of the TAA, which Charlie Minato described thusly:

This year, a total of 13 different companies have announced TAA ESP releases: 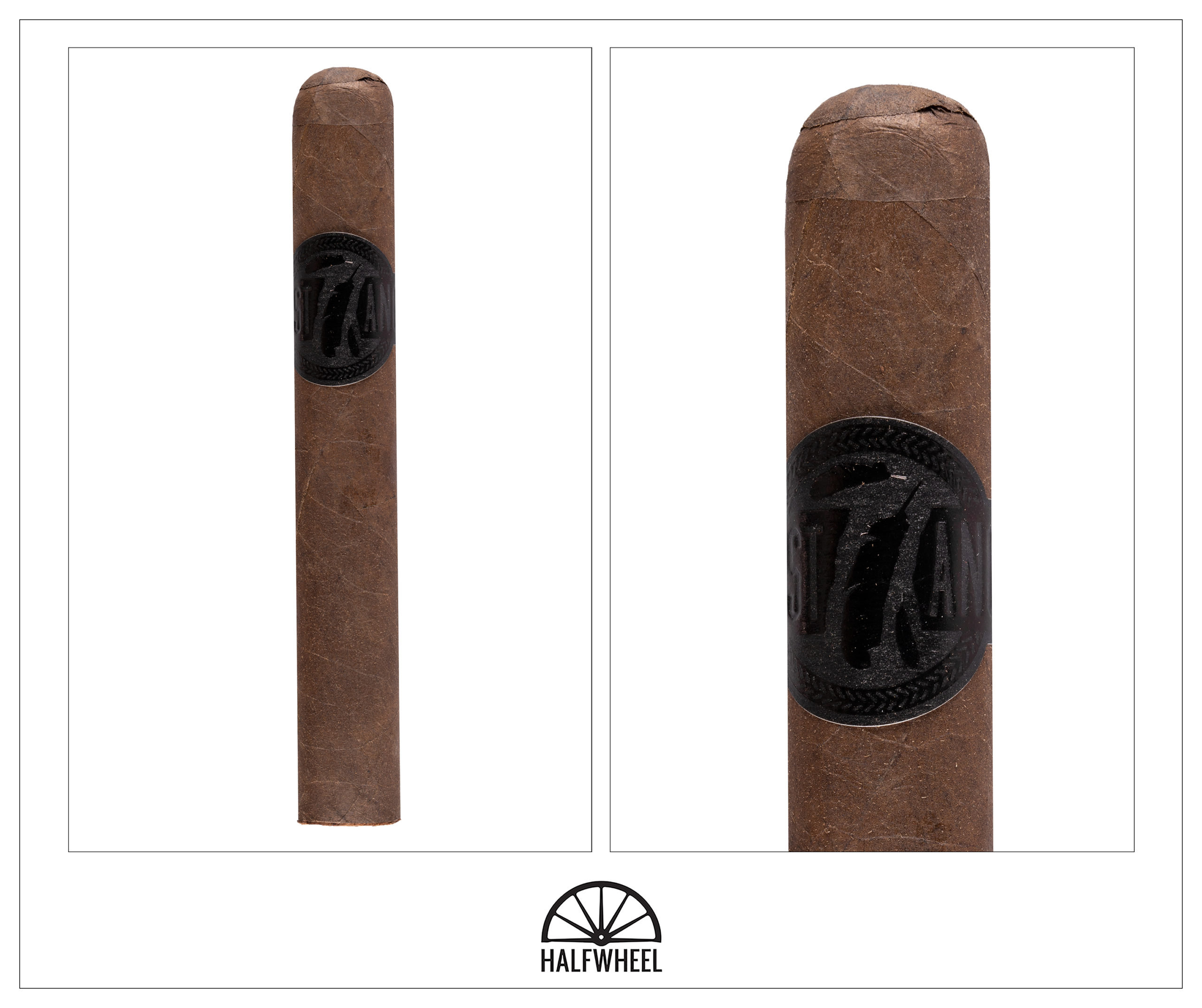 The wrapper that covers The Lost Angel 2021 is a rustic and dark espresso brown leaf that feels quite a bit like parchment in my hand, although there is very little oil visible to my eye. The cigar is nicely firm when squeezed and while there are a few veins visible, the more obvious feature is the soft box-press. The aroma emanating from the wrapper is a combination of creamy cedar, gritty earth and generic nuts, while the foot brings notes of leather, sourdough bread, slight mint and a touch of varnish. After a simple straight cut, the cold draw has flavors of strong dark chocolate, aged cedar, creamy cashews, espresso beans, black pepper and a very light floral note.

Starting out, the first third of The Lost Angel 2021 features a flavor combination of aged cedar and bitter, freshly brewed espresso, intermingled with notes of strong cinnamon, gritty earth, leather tack, roasted cashews, cocoa nibs and a slight floral flavor that come and go in various amounts. In addition, the retrohale has ample amounts of both black pepper and maple sweetness, while some spice is also noticeable on my tongue. Construction-wise, the smoke production is on the high side of normal, while the draw is excellent after a simple straight cut and the burn is problem-free so far. Body is medium-full so far while the strength  hits a point closer to medium than mild as the first third closes.

Although the combination of cedar and espresso remains the top flavors in the profile of the cigar during the second third, there are a host of new secondary notes including sourdough bread, hay and anise. There’s also a very distinct—and very enjoyable—lavender note has made itself known on the finish. While the spice on my tongue recedes noticeably compared to the first third, the retrohale continues to feature both black pepper and maple sweetness prominently. In terms of construction, both the draw and burn continue along each of their excellent paths, while the smoke production has increased a small amount. Strength-wise, the new Crowned Heads blend easily hits a solid medium—in fact, that happens just after the halfway point—but has seemingly stalled there as the second third comes to an end. 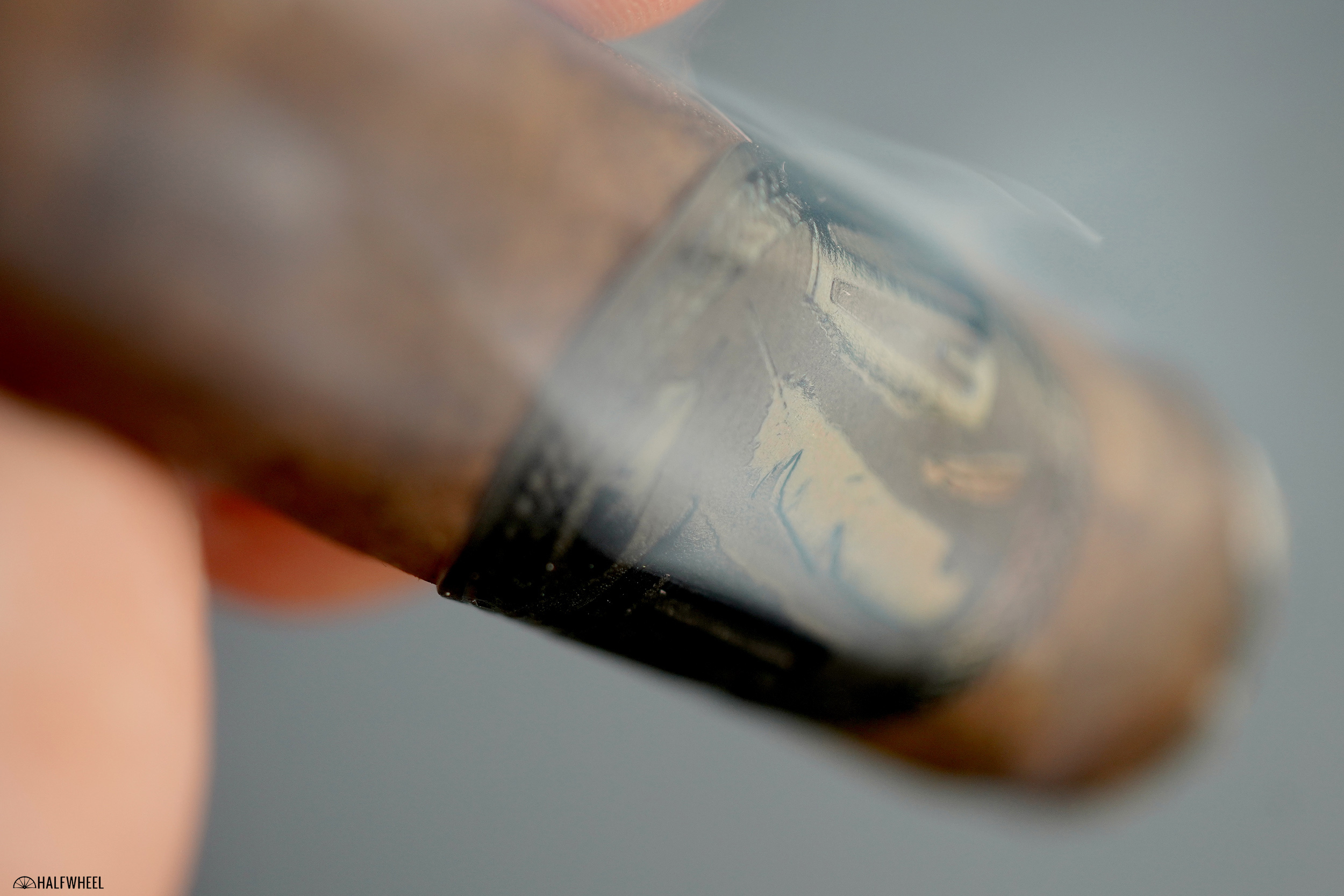 The final third of The Lost Angel 2021 has a number of changes, including in the main flavors, which have morphed into a very obvious powdery cocoa nibs note, followed by flavors of espresso beans, cinnamon, sourdough bread, earth, generic nuts and creamy cedar. There is still a bit of lavender on the finish—albeit less than at its high point ins the second third—and both the maple sweetness and black pepper on the retrohale have lost a bit of their distinctness. The construction remains almost totally trouble-free other than a quick touchup on the burn, while the smoke production is still well average. Finally, the strength level has not budged from its solid medium level and that is where the cigar ends as I put the nub down with a little more than an inch remaining. 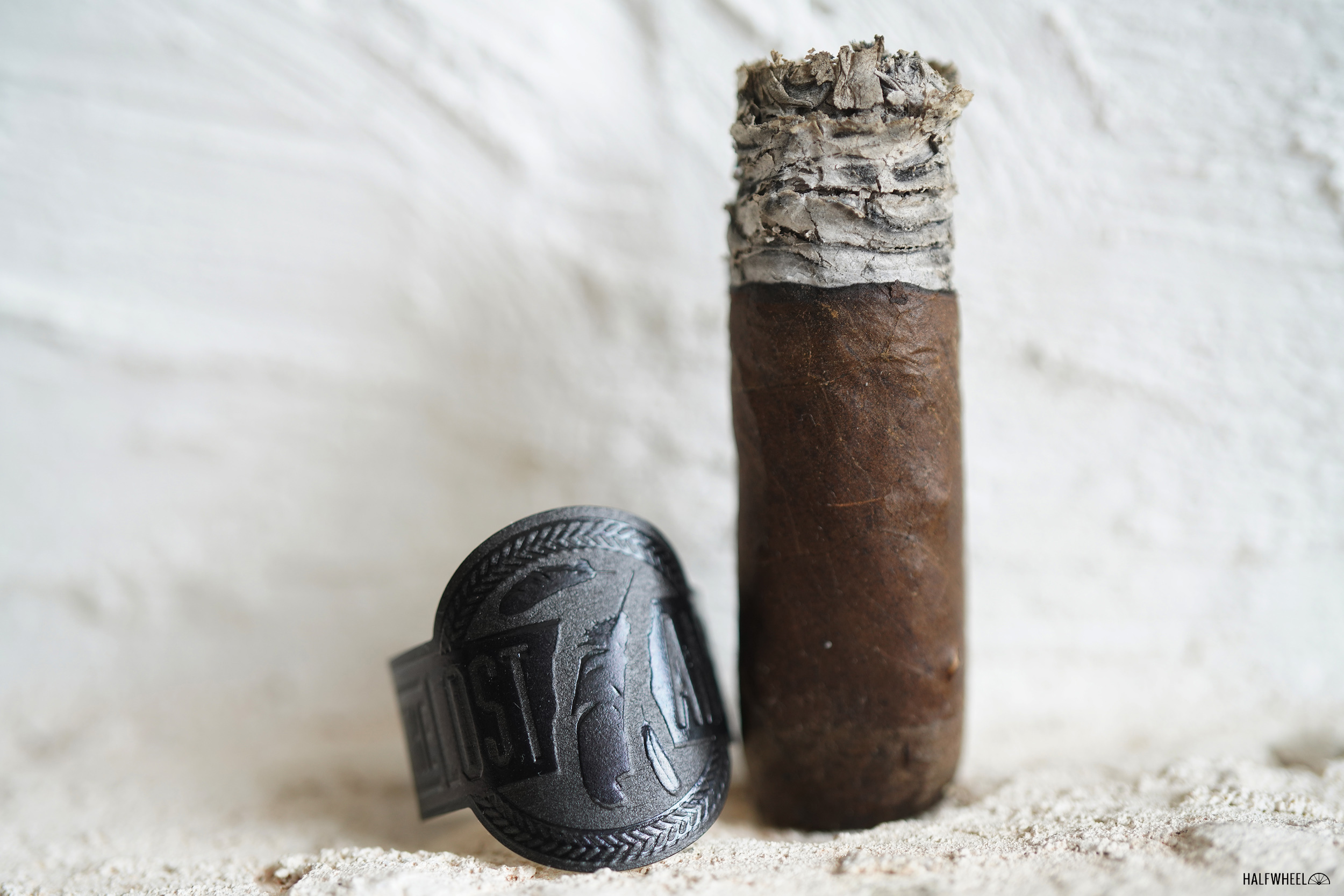 From my first cold draw, I thought this Crowned Heads release was going to be different than most of the company’s other blends I have smoked, and that turned out to be the case. While the main notes of aged cedar, brewed espresso and dark chocolate are not exactly mind-blowing in their uniqueness, the secondary flavors are where this blend shines. Those notes include sourdough bread, cinnamon, anise and a distinct lavender note that permeated the finish, all of which melded together nicely with the rest of the profile. I have no idea what the original blend would have tasted like, but this version of The Lost Angel 2021 is an easy cigar to recommend, as long as you are retrohaling.