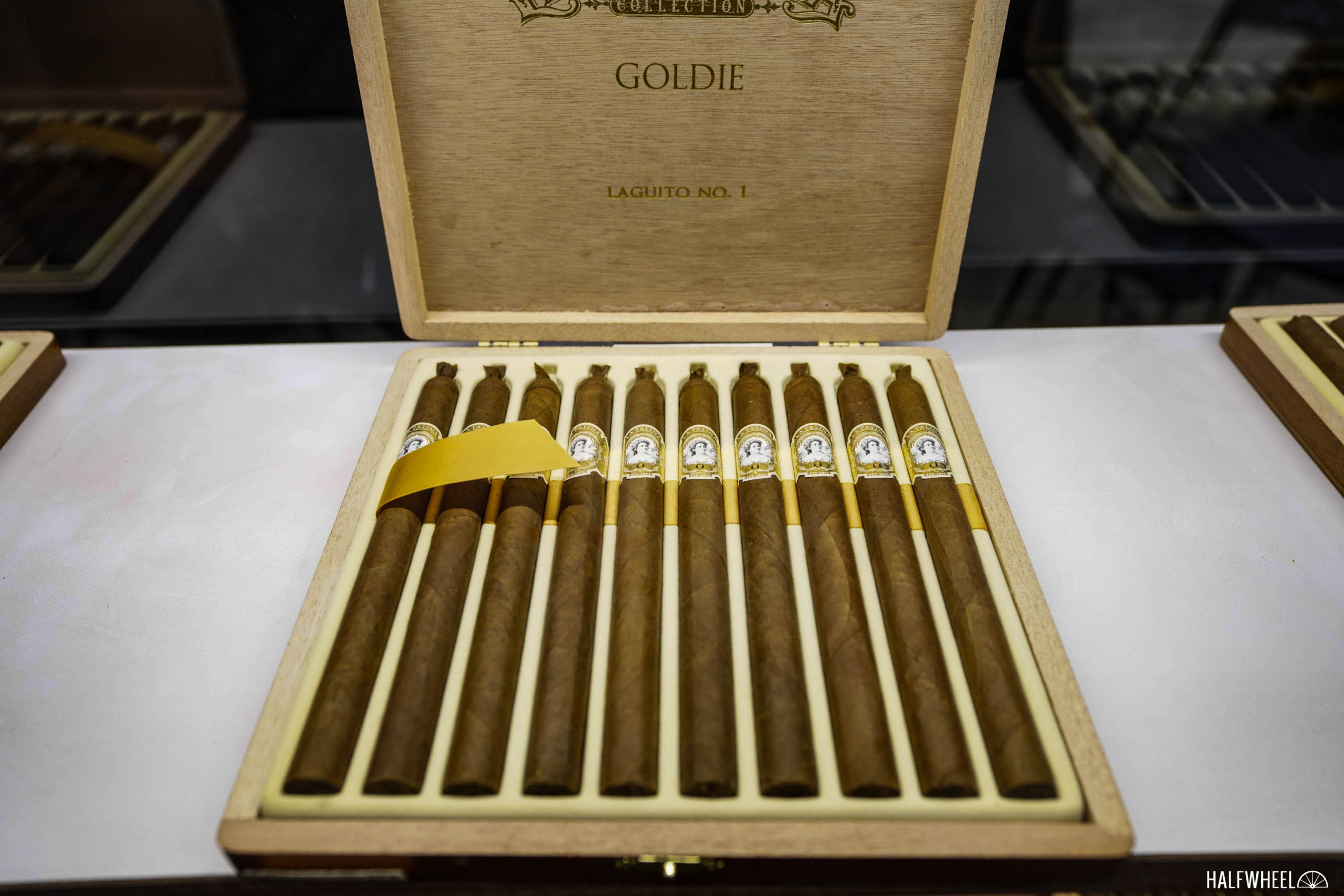 A trio of new cigars from La Palina are on their way to retailers, two of which are new vitolas for a popular line, the other a new line for a fairly small group of prominent stores.

The La Palina Goldie line is getting two of those new cigars; the Laguito No. 1 is a 7 x 38 lancero, while the Prominente is a 6 1/2 x 48 vitola. Both have an MSRP of $23 and are offered in 10-count boxes, though production numbers are quite different. There are only 300 boxes of the Prominente being produced, while the Laguito No. 1 is limited to 1,000 boxes. The company has shipped half of those boxes, while the other half is slated for an October release. Both of the cigars feature the same blend as the rest of the Goldie line, meaning an Ecuadorian habano wrapper, Ecuadorian binder, and fillers from the Dominican Republic & Nicaragua, including medio tiempo, a high priming leaf known for its strength and flavor. They are made at El Titan de Bronze in Miami’s Calle Ocho neighborhood. 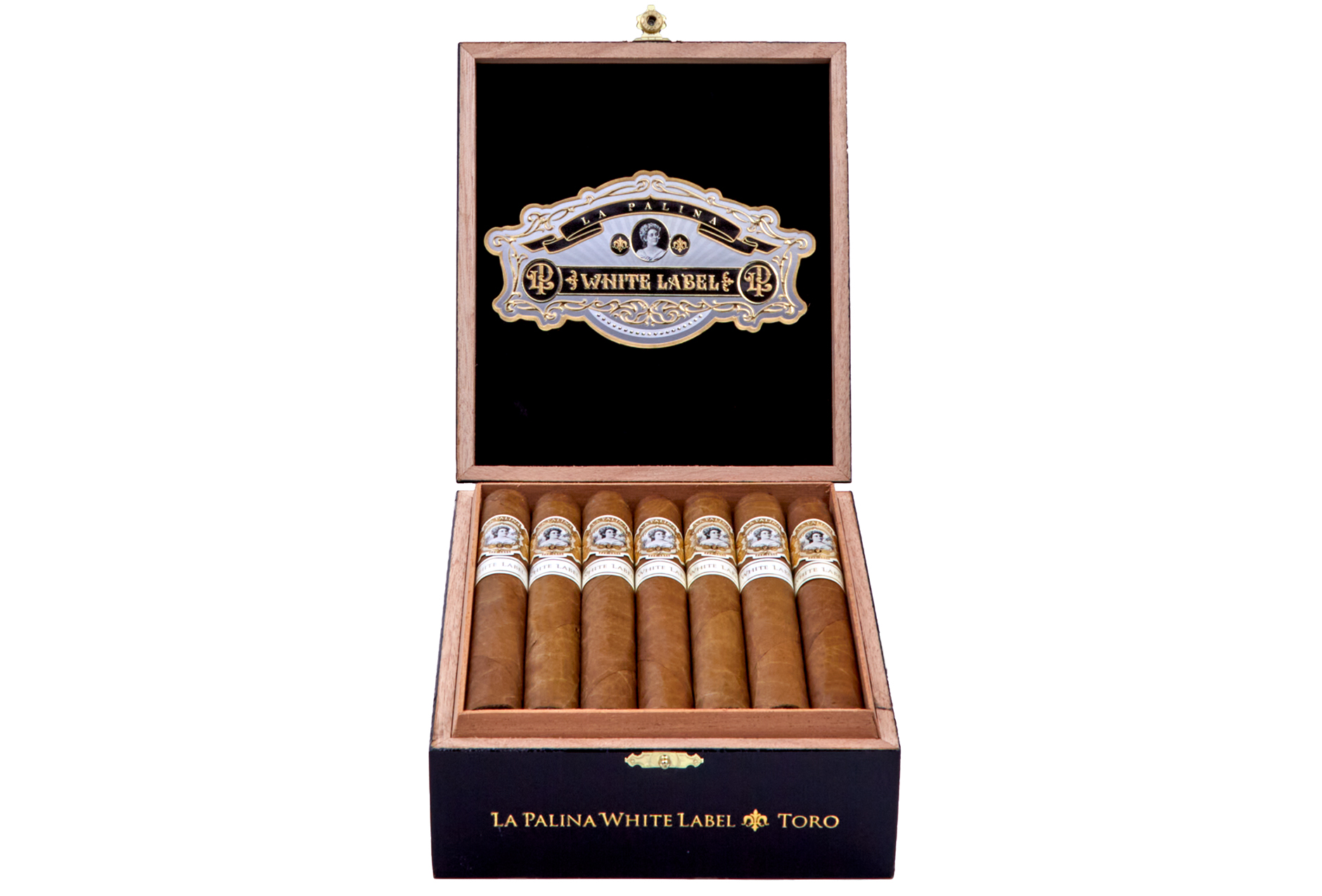 Also shipping is the La Palina White Label, a line that is an exclusive release for members of the Tobacconists’ Association of America (TAA) and which had originally been slated for release in 2020.

The pandemic changed those plans and the cigar is a bit different than originally announced, but the 6 x 50 toro is now on its way to store shelves. The blend now features a Honduran-grown Connecticut seed wrapper, a Mexican San Andrés binder, and fillers from Mexico, Nicaragua and the Dominican Republic. It is made at an undisclosed factory in Nicaragua, has an MSRP of $10 per cigar, and is limited to 1,000 boxes of 20 cigars.