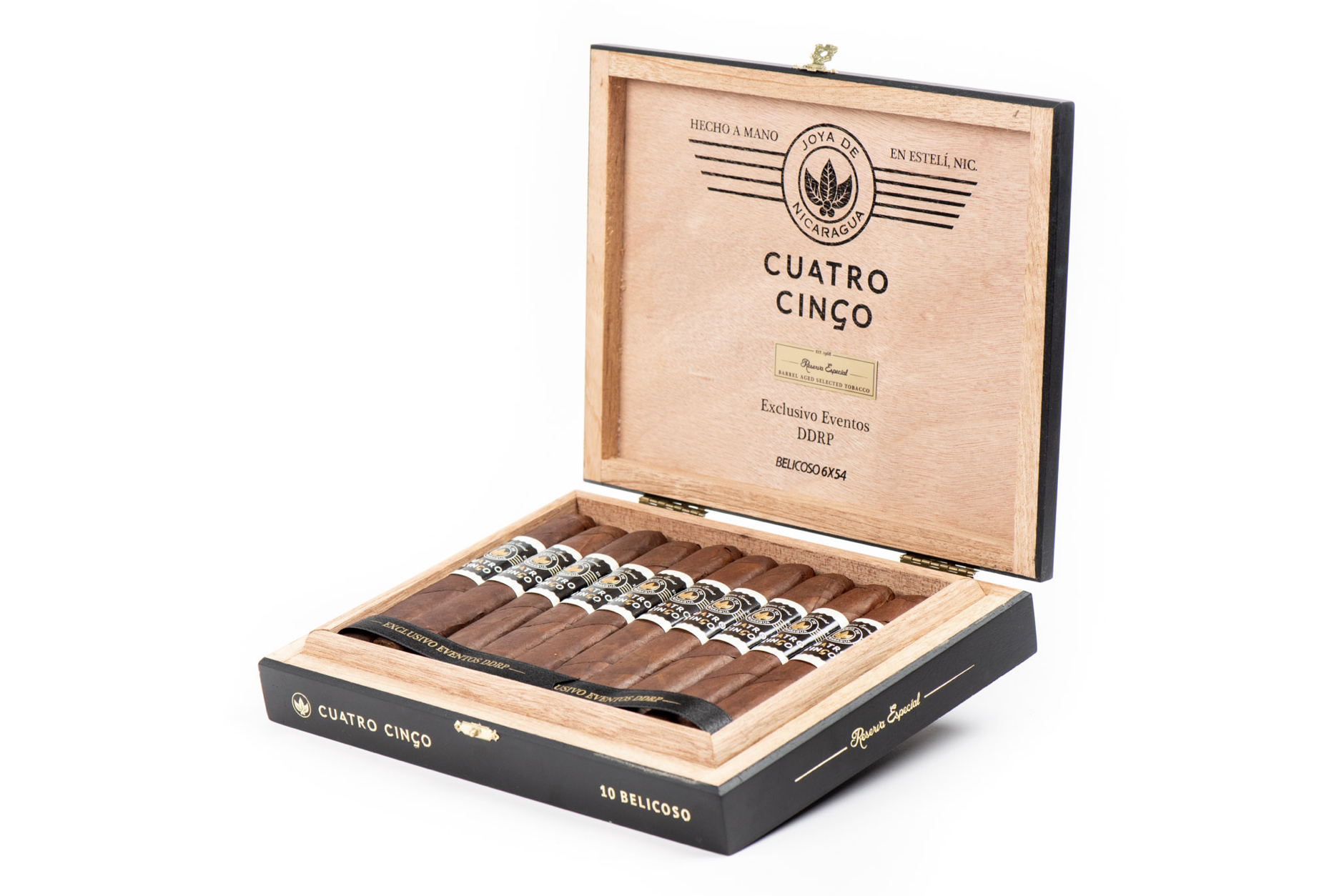 The 6 x 54 box-pressed torpedo uses the Cuatro Cinco Reserva Especial blend: a wrapper from Jalapa, Nicaragua over a Dominican binder and fillers from Nicaragua. As the lengthy name implies, it is limited to events done at Drew Diplomat retailers. “As a unique symbol of appreciation to the Joya de Nicaragua and Drew Estate fans that come over to our events, we are delighted to share one of our factory’s greatest blends,” said Juan Ignacio Martínez, executive president of Joya de Nicaragua, in a press release. “If the Limited Edition Cuatro Cinco was a collector’s item, we can say that the Belicoso surpasses its uniqueness, and the only moment when it will be found in stores will be during our events at DDRP accounts, only 1,000 boxes available nationwide.”

Drew Estate, Joya de Nicaragua’s U.S. distributor, told halfwheel that retailers will be limited to two boxes per event initially. It will be available beginning this month.