Habanos S.A. is well-known for the number of different types of special releases it ships around the world, a list that includes Edición Limitadas, Edición Regionals, Reservas and (Gran) Reservas. In 2004, the Cuban cigar company added a new series of releases that would be available exclusively at the Habanos-licensed La Casa del Habano retailers, which is a franchise program made up of approximately 140 stores located in 65 countries.

When the appropriately named La Casa del Habano (LCDH) Exclusive program began in 2004, the cigars were just different vitolas of existing marcas produced in unlimited quantities. However, since then, the company has expanded the LCDH offering to include other release types like limited editions or rereleases of previously-discontinued cigars. 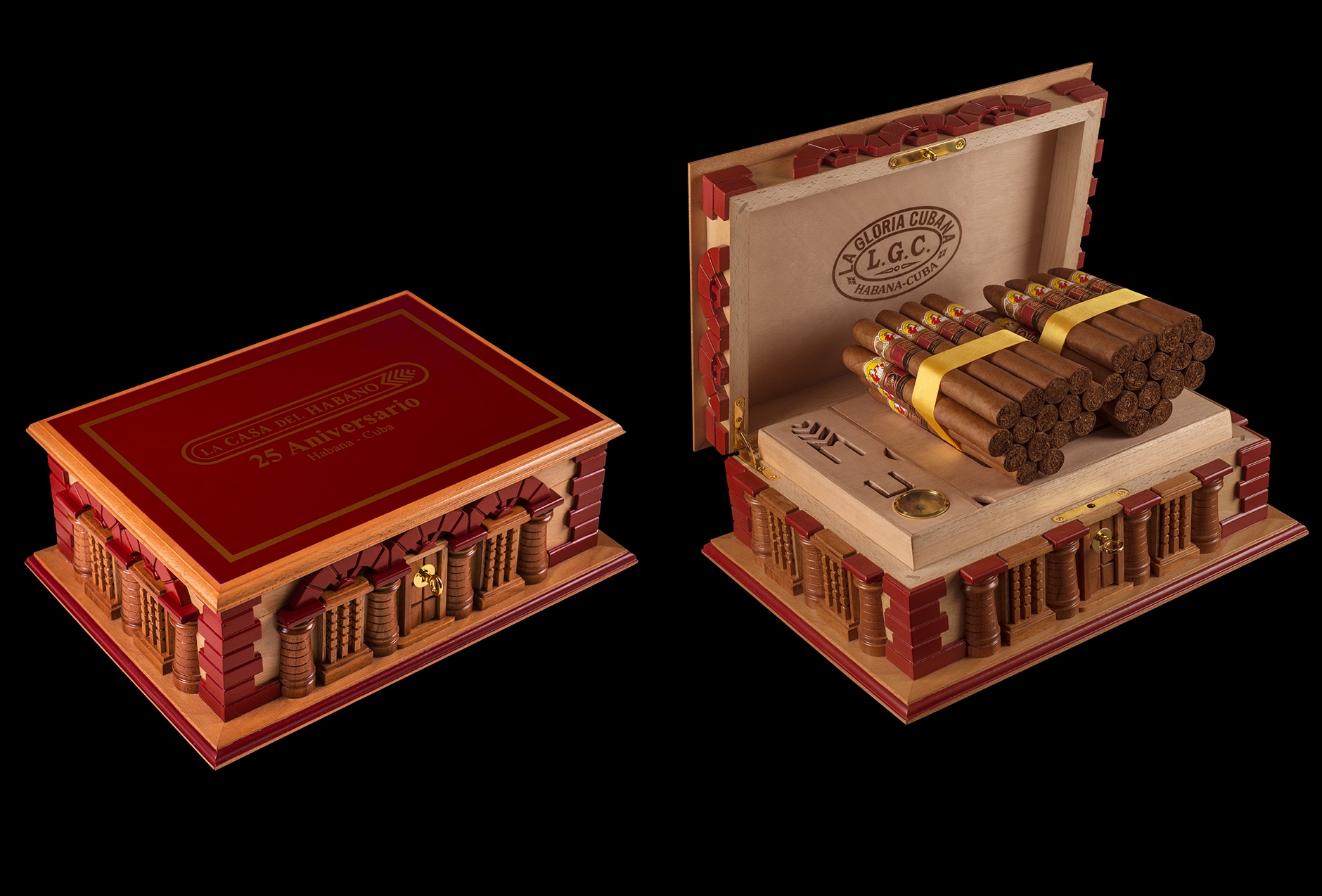 In 2015, Habanos S.A. announced it would be commenting the 25th anniversary of La Casa del Habano stores with the addition of the La Gloria Cubana 25 Aniversario. The new release was made up of two vitolas packaged together in a hand-made humidor carved out of fine woods by Cuban artisans in the shape of a colonial styled house, with colors that complement those of La Casa del Habano stores. The two La Gloria Cubana sizes included in each were a Pirámides measuring 6 1/10 x 52 and a Robustos Extra that measures 6 7/10 x 48, with 15 of each cigar wrapped in bundles. A total of 3,500 humidors were produced and shipped in January 2017 priced at around 1,500 Swiss Francs—or roughly $1,500—in Switzerland, although prices varied depending on which country they were sold in.

It’s not clear just how many cigars are currently being offered exclusively to LCDH franchises, but there have been at least 17 different cigars offered over the years:

That list doesn’t include a relatively new practice from Habanos S.A. of offering some cigars to both LCDHs and Habanos Specialists, a lower-tier designation, like the upcoming Cohiba Novedosos. 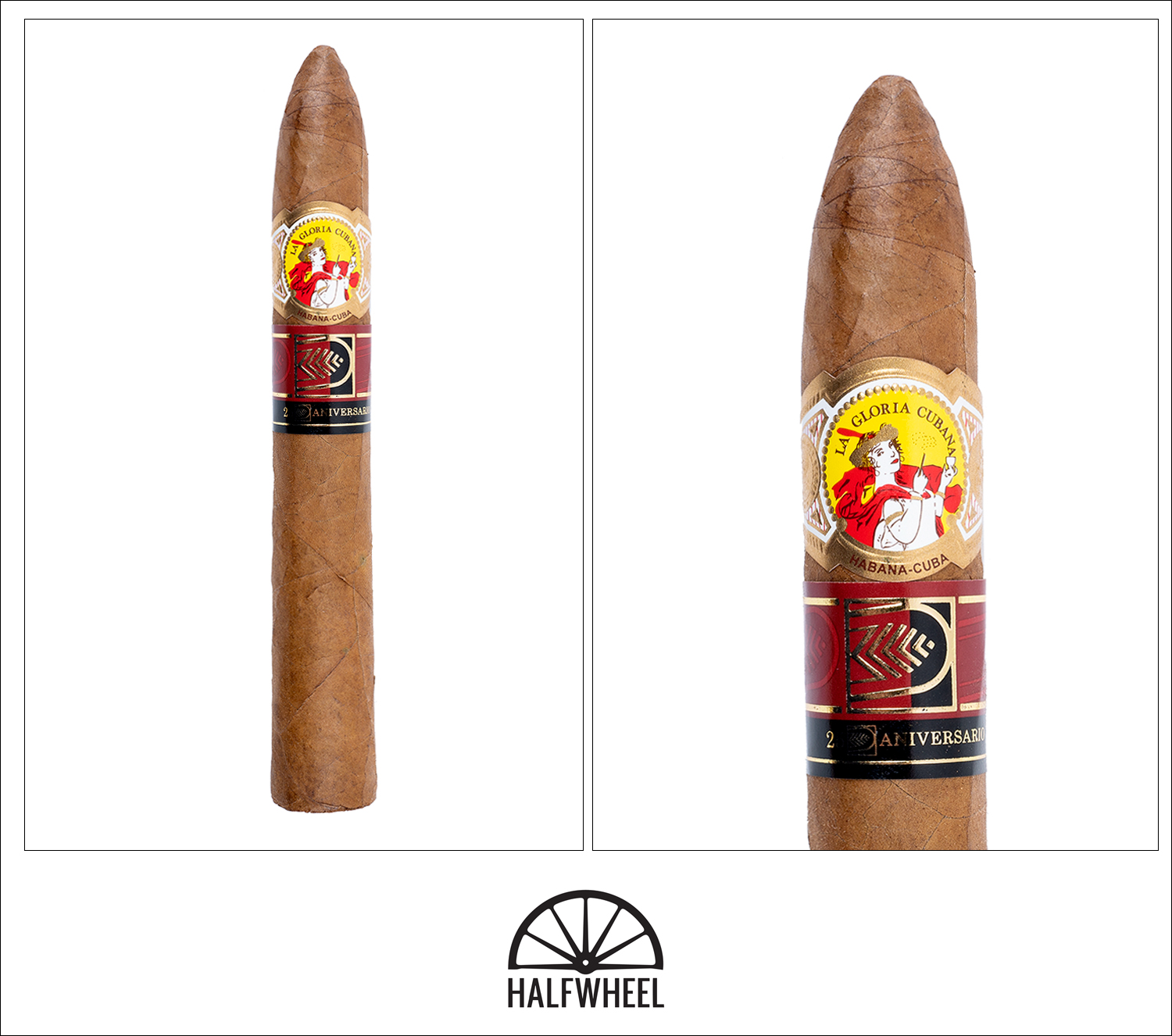 Covered in a rustic, reddish-brown wrapper that is parchment rough to the touch, the cover leaf of the La Gloria Cubana 25th Anniversario Pirámides is also devoid of any noticeable oil. However, there are a number of distinct veins running up and down its length, and one sample features an obvious soft spot just below the secondary band. The aroma from the wrapper is a fairly light combination of creamy peanuts, hay, manure, cedar and dark chocolate, while the cold draw brings flavors of lemongrass, cinnamon, cedar, tree bark, generic nuts, white pepper and leather with a touch of raisin sweetness.

The first third of the La Gloria Cubana 25th Anniversario Pirámides starts off immediately with a dominant flavor combination of creamy hay and cedar that plays nicely with the secondary flavors of barnyard, leather tack, gritty earth, bitter espresso, citrus and peanuts. There is also quite a bit of both white pepper and raisin sweetness pulled over from the cold draw present on the retrohale, along with just a touch of spice on my lips. In terms of construction, the draw is a bit spongier than I prefer after a Dickman cut—although still easily smokable—while the burn is far from razor sharp but also far from needing any corrections. Smoke production is thin but plentiful while the overall strength is virtually non-existent, and as a result, barely hits a point halfway between mild and medium by the time the first third comes to an end. While one of the main profile flavors changes during the second third of the La Gloria Cubana—specifically, the cedar note, which shifts to more of a powdery cocoa flavor—the creamy hay note stays put on top. Additional flavors of peanut shells, espresso beans, dried tea leaves, light earth and a touch of floral flit in and out, while a saltiness has become noticeable on my lips, albeit not very strong as of yet. Both the raisin sweetness and white pepper continue to dominate the retrohale—with the latter becoming a bit stronger as the final third approaches—but the spice that was present on my lips from the first third is long gone. Construction-wise, the draw has loosened up nicely and the burn continues to be wavy, but not quite bad enough for me to correct. The strength remains a non-factor in the profile, barely budging from its spot smack dab in the middle between mild and medium by the end of the second third. In just about every way that I can detail, the final third of the 25th Anniversario Pirámides is a virtual carbon copy of the preceding third. That includes the main flavor combination of powdery cocoa and creamy hay, as well as the secondary notes of peanut shells, espresso beans, tea leaves, earth and a touch of floral, although the latter note seems to gain a bit of prominence right at the end. In addition, there is still salt on my lips as well as white pepper and raisin on the retrohale, in almost exactly the same amounts. While the draw continues to give me no issues, one change that does take place concerns the burn, which becomes problematic enough that I am forced to touch it up twice in quick succession. Finally, while the strength does increase—slightly—before I put down the nub with a bit more than an inch remaining, it ends up in a spot that is still quite a ways away from the medium mark. 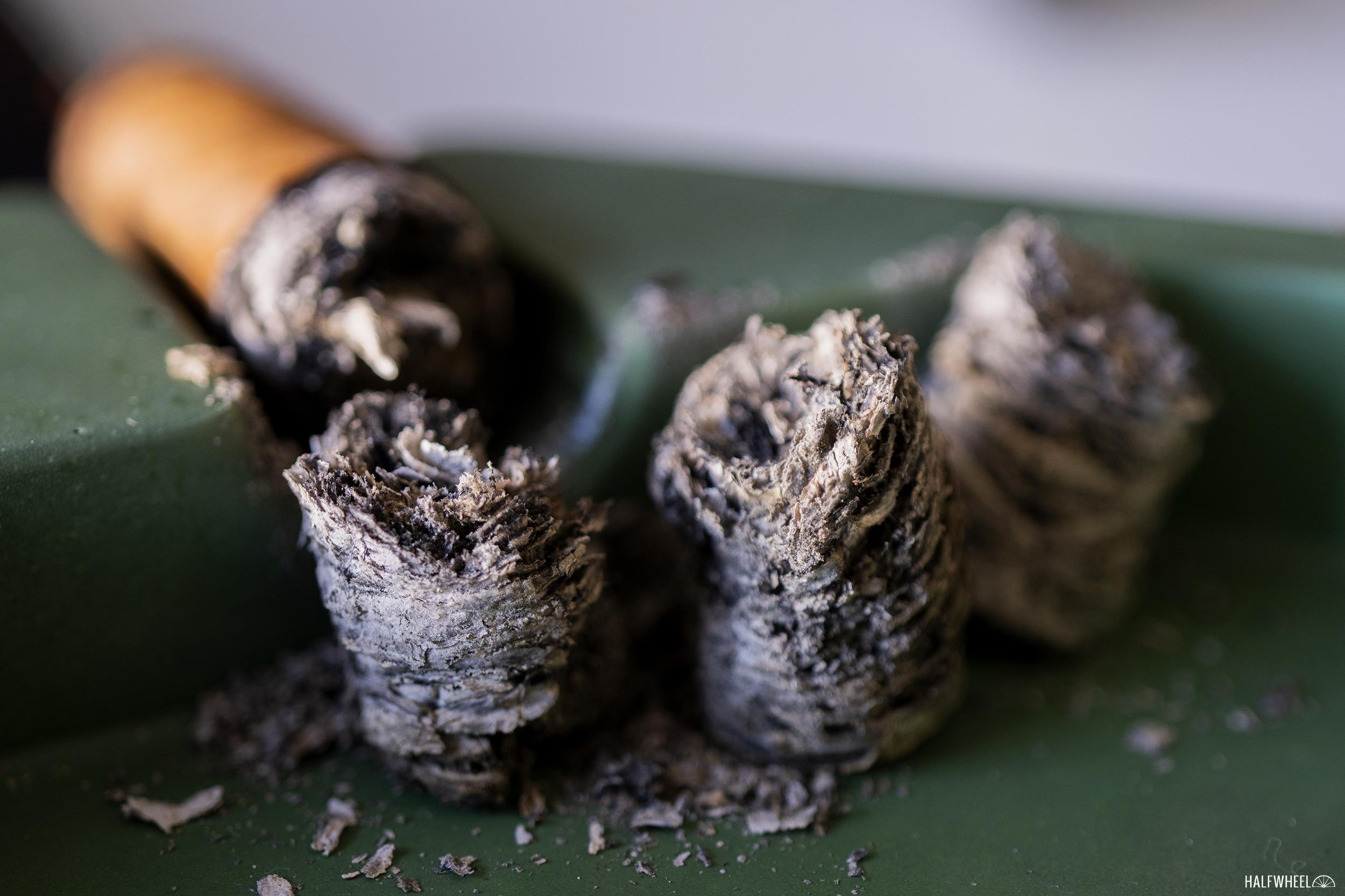 Past La Casa del Habanos exclusive releases have included some legendary cigars—including the Bolívar Gold Medal, Partagás Salomones and  H. Upmann Royal Robusto. But there have also been some duds like the 2018 Hoyo de Monterrey Escogidos—so I was eager to see how the La Gloria Cubana 25 Aniversario Pirámides stacked up. After smoking two samples, I found that it can be summed up as a tale of two cigars: get a good one and you will enjoy it immensely, but draw a bad one and you are in for a much tougher ride. Most people will probably refrain from gambling the $60 per cigar it will take to purchase one of these—and that is assuming you can actually find someone selling them as singles to begin with, which is far from a given—but at its best, the La Gloria Cubana 25 Aniversario is easily worthy of the anniversary it was released to commemorate.