The La Casa del Habano in Cancún is located at:

For landmark purposes, it is located right across the street from the Cancún Police Station, and about three blocks east of the La Isla Mall. It is also about one block from the Plaza Kukulcan (Kukulcan Mall). It opens every day at around 2 p.m., and closes late.

Quite a few Cuban cigars can be found inside, mostly newer releases, they did have all of the ELs from 2010, and a few ERs, but not many overall. However, be aware that the prices are about 30 percent higher than MSRP on just about every stick sold.

The La Casa del Habano in Cancún also sells custom rolled cigars by their resident roller, José, as well as a few custom rolls from some other rollers, but again, they are fairly expensive. The store also serves any number of drinks (a pretty good mojito) as well as coffee and even light food, if you are in the mood.

The lounge area is very nice and modern, the air conditioning works great, the seats are plentiful and extremely comfortable, and the service is quick with the drinks and food, as long as you don’t mind over paying a bit for the cigars, it is a wonderful place to hang out and smoke.

Here are some photos of the store, both inside and outside:

The outside of the store: 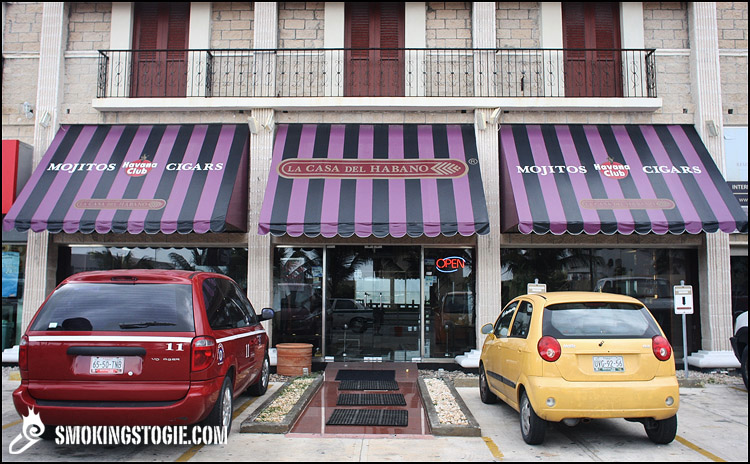 As you walk in the doors, in front of you is the lounge: 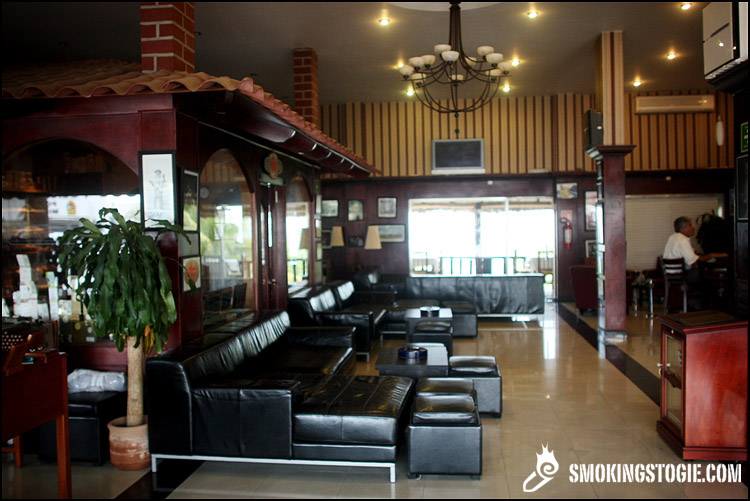 Look to the left, and you see the local roller for the La Casa del Habano Cancún, José, rolling his own blend for the store: A detail shot of José’s creations (they did look pretty good): Look to the right, and you see the purchase counter: When you walk in a little bit, you will see the bar on your right: Detail of the bar: When walking into the store (with the bar on your right), on your left is the humidor, full of every Cuban release you can imagine:

Over photo of the cigars inside the humidor: As you walk into the humidor, look to the left to see even more cigars: Detail shot in the humidor: 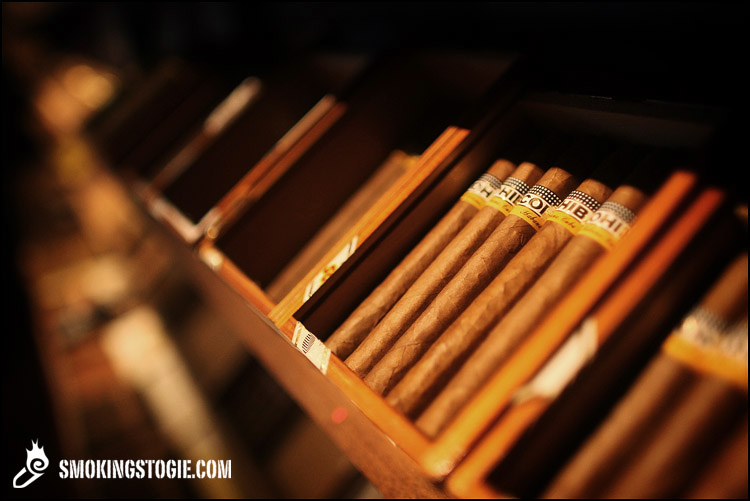 As you go out of the humidor and walk towards the back of the store, you see there is a porch out back with tables and chairs: I thought the bathroom names were fairly cute: And last, but not least, a photo of one of their Mojitos, not bad at all, although the ones at Casa Fuente in Las Vegas were slightly better (and the wait staff is quite a bit better looking as well!):