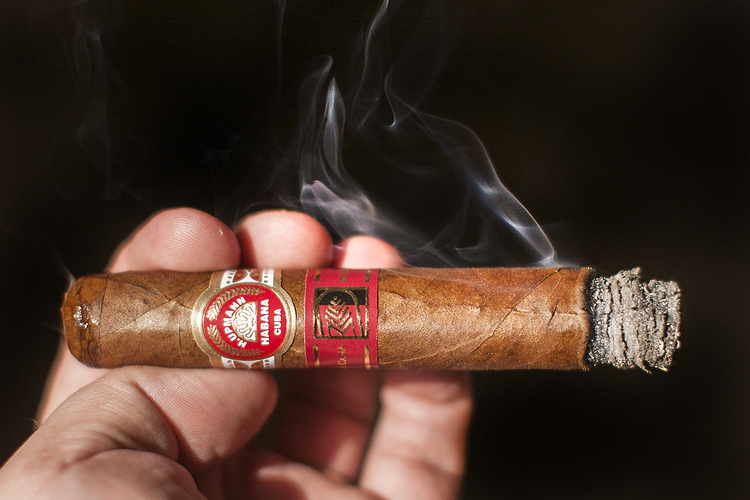 In 2004, Habanos S.A. released the first in what would eventually become a regular occurrence, exclusives for the Habanos-licensed La Casa del Habano retailer. These releases are only sold to La Casa del Habano stores around the world and are usually limited to one or two different cigars per year. When the program started, the cigars were just different vitolas produced in unlimited quantities, but since 2011, the policy has shifted to each release being a limited production.

The La Casa del Habano website has the details:

Habanos s.a.  is pleased to present  the new H.Upmann Royal Robusto, an exclusive release aimed at La Casa del Habano franchise stores with more than 140 stores all around the world.

H.Upmann is one of the most historic Habanos brands. The blend of the brand, characterized by its aroma and light to medium flavour, is made with selected leaves of the best crops of the Vuelta Abajo* zone, in the Pinar del Rio* region, Cuba.

The excellence regarding the history and prestige of the brand founded in 1844,  is shown in the gold medals of the H.Upmann boxes, that certify the awards obtained in no less than eleven international exhibitions during the 19th Century.

The factory size selected for this special production -Edmundo-  (ring Gauge 52 x 135 mm in length) is highly appreciated by Habanos smokers, that will now have the occasion to enjoy it within the H. Upmann brand with its own features of flavour and aroma.

Its production limited to only 5000 boxes containing 10 Royal Robusto each results in a very exclusive item for those who seek perfection. All Habanos have been produced Totalmente a mano con Tripa larga –Totally by hand long filler-  by skillfull rollers.

The boxes that the H. Upmann Royal Robusto come in look like this: 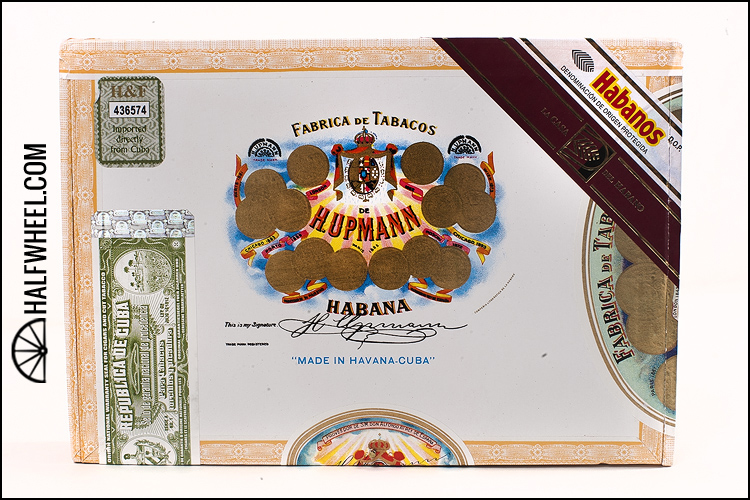 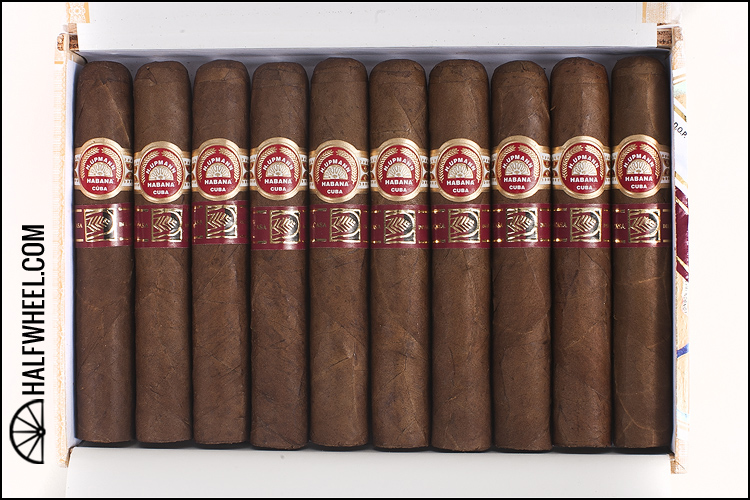 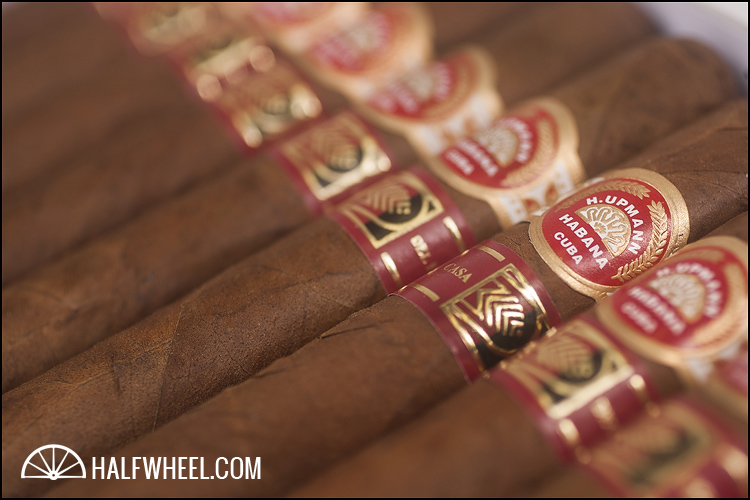 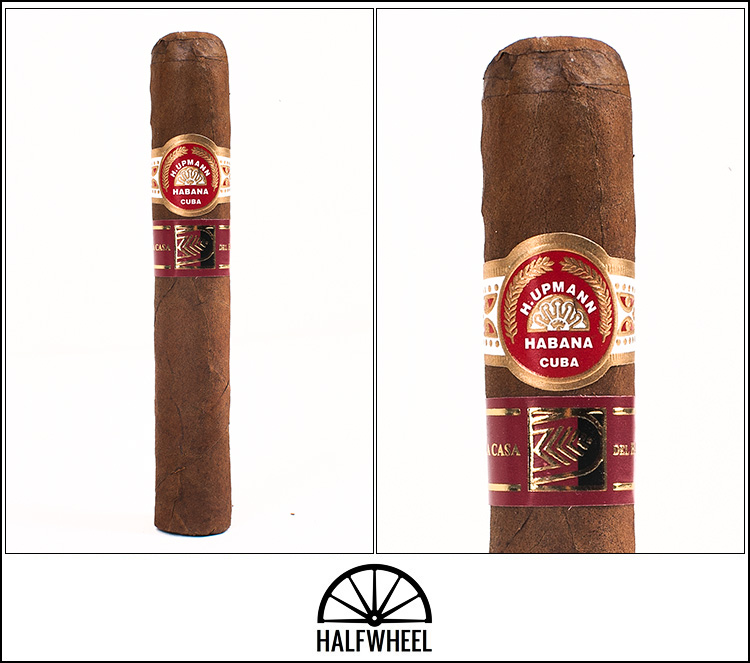 The cigar is covered in a dark cinnamon brown wrapper that has a bit of tooth to it when you run your finger down it. There are a few veins evident, but they are not over distracting. It has the perfect give when squeezed with just a little resistance. Aroma off of the wrapper is strong barnyard, hay, cedar and chocolate.

The Royal Robusto starts out the first third immediately with very strong notes of creamy cedar, hay, dark chocolate, espresso and nuts. There is a really nice vanilla sweetness on the retrohale that combines very well with the rest of the flavors, along with a great white pepper that is quite strong to start, but starts to taper off as the third continues. There is some spice on the back of my tongue, but not a whole bunch and it does not seem to be increasing. The draw is perfect, but the burn of the H. Upmann is a bit wavy to start and I am hoping it will even up. Smoke production is insane and does not seem diminishing at all. Overall strength starts on the high side of mild, and pushes into the low end of medium by the end of the first third. 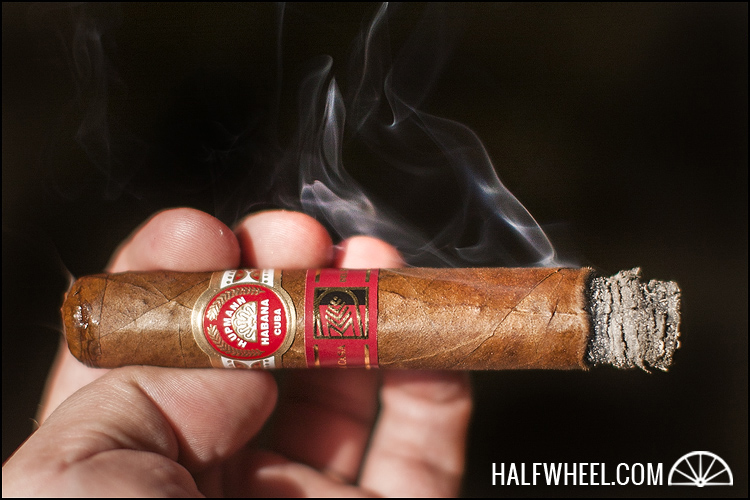 Coming into the second third of the Royal Robusto and the sweetness from the first third has morphed into a great honey note, along with other flavors of bitter espresso, gritty earth, hay and dark chocolate. About halfway through, I notice a strong saltiness on my lips that sticks around a for a while. There is still a great amount of pepper on the retrohale and the smoke production is still well above average. The burn and draw are now perfect, the strength has bumped up noticeably and ends the second third firmly in the medium range. 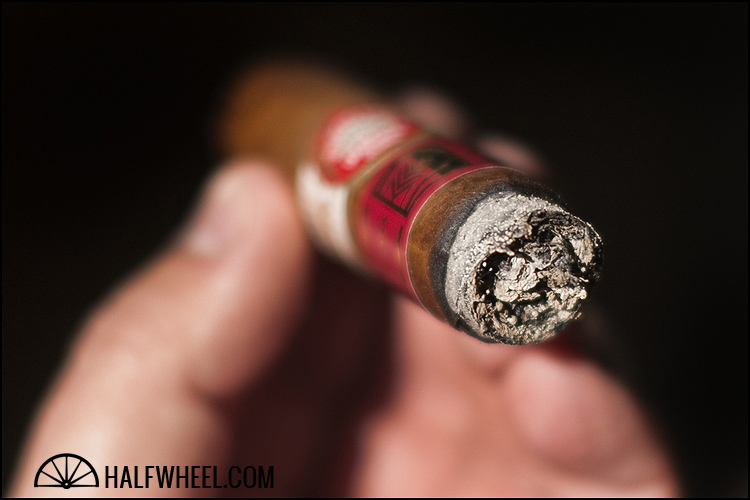 The final third of the Royal Robusto has a fairly significant increase in strength, bringing it to the upper medium range, along with a new floral note that is quite strong for a short time, then dissipates slowly until the end of the smoke. There is also more of the dark chocolate flavor than in the second third and the other notes of espresso, hay and earth are still hanging around. The honey note from the second third is thankfully still present, albeit slightly reduced, and the pepper on the retrohale has actually increased with the strength. Both the burn and the draw remain excellent until the end, and as you can see from the final photograph, I am able to nub it as far as I dare without a nubbing tool and the cigar did not get overly hot or bitter at the end, a testament to its wonderful construction. 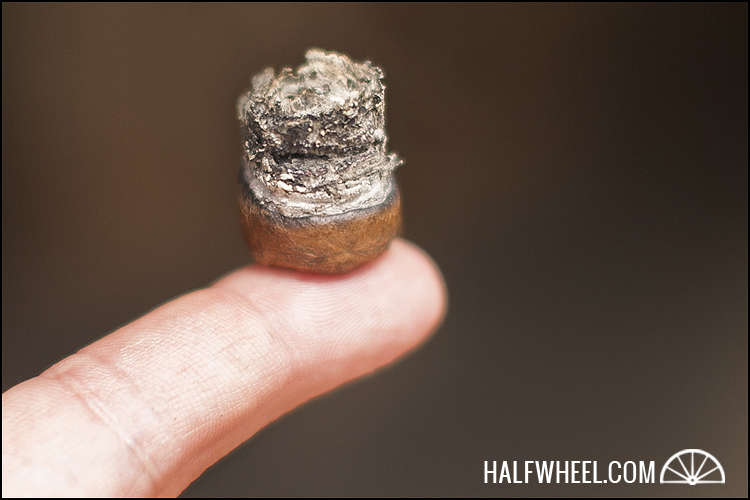 I don't mind saying that I was getting a bit annoyed with Habanos S.A. after smoking mostly ERs for the last month or so and finding almost nothing more than average to below average profiles. Thankfully, the H.Upmann Royal Robusto has reinstated my faith with a profile that is extremely smooth, wonderfully complex, a great finish and excellent construction, the burn in the first third notwithstanding. They are great to smoke now and if you can find some, I would not hesitate to try one or more immediately and put some down to age as well, as they will only get better in my opinion. One of the best limited Cuban releases I have smoked in quite a while.