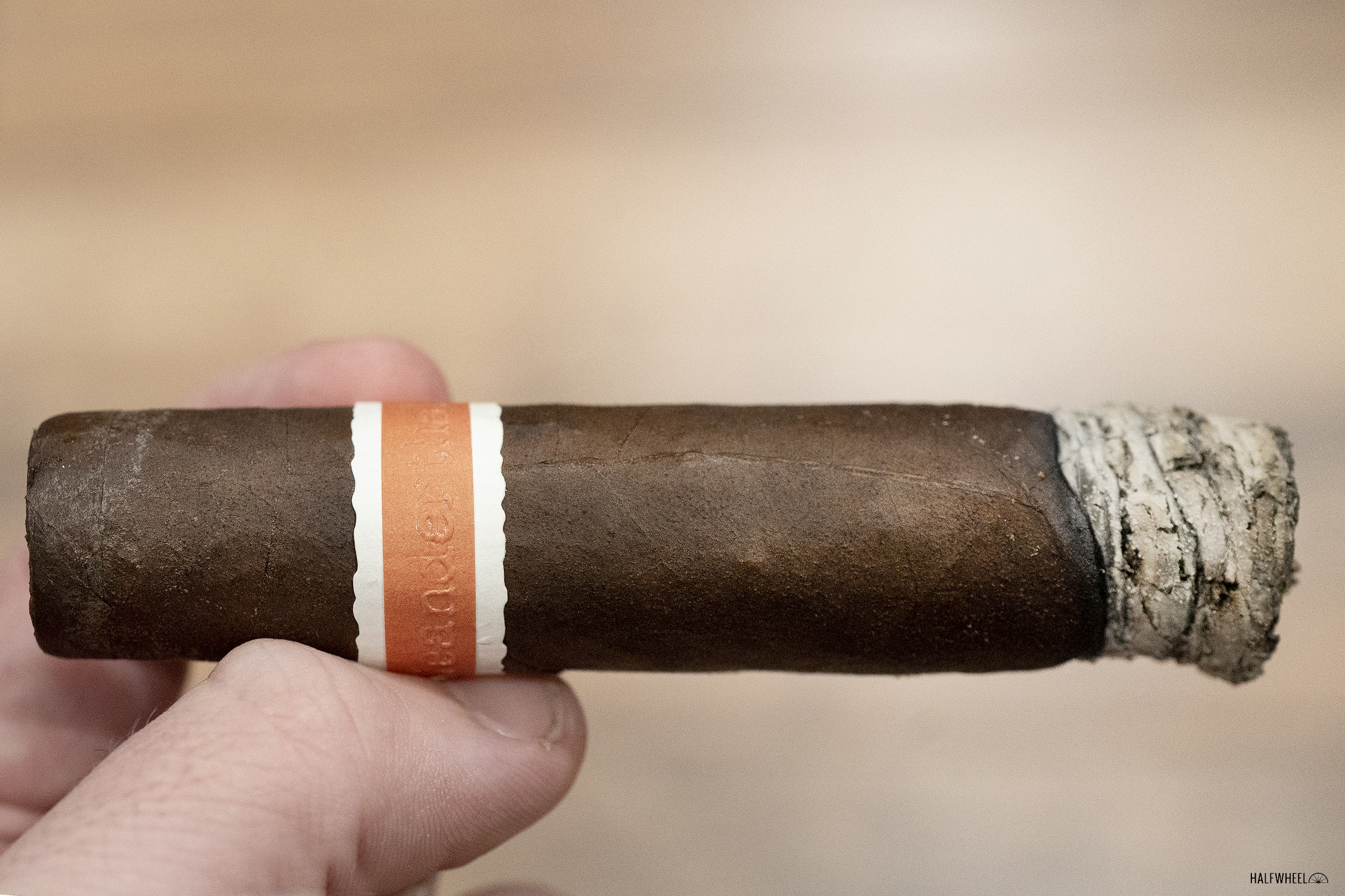 Yet when trying to think of some kind of snappy introduction to this review, I got thinking that there are a decent number of companies who could be known for their samplers, one of which is undoubtedly RoMa Craft Tobac, especially in recent years.

The reason for that is that the company has releaesd six different samplers featuring the majority of the company’s blends in the same vitola. Specificlaly, those samplers are: In the case of the most recent sampler, it features a total of 12 cigars, with two each of the following:

Of the six, two have been released previously, the CroMagnon and Aquitaine Mandibles, meaning that the other four are new vitolas for their respective blends.

In the case of the Neanderthal, that means a blend featuring a Mexican San Andrés wrapper, a Connecticut broadleaf binder, and fillers from the Dominican Republic, Nicaragua and Pennsylvania. It’s a blend that has done well on halfwheel since its debut in 2015, as the Neanderthal OM, a then-STOGIES World Class Cigars exclusive, took the #3 spot in our Top 25 Cigars of 2016 awards, and the Neanderthal LH placing #13 on our 2019 list.

The sampler was released as part of RoMa Craft Tobac’s first-ever WeaselFest, an event hosted outside its Austin, Texas headquarters that was designed to coincide with the company’s 10th anniversary, though as with most things the coronavirus COVID-19 pandemic forced some schedule changes.

Originally scheduled for September 2020, the event was finally held on May 29, 2021, and featured music, food, drink, and plenty of cigars, including these samplers.

They were offered to ticket holders both before ($100) and during the event ($110). There was also an event held the night before at Habana House North, an Austin retailer, that featured boxes of the individual 4 1/2 x 60 cigars that were offered outside of WeaselFest. For the Neanderthal C3, the company was slated to release 100 15-count boxes. It is slated to return in larger quantities and with wider distribution in 2022.

The vitola gets its name from the world of paleogenetics, a means of studying the past by examining preserved genetic material from the remains of ancient organisms. More specifically, it refers to a type of plant eaten both by our ancient ancestors and modern-day humans, including fruit-bearing trees, bushes and shrubs, most vegetables, and grasses and grains such as alfalfa, wheat, oats, barley, rice, soybeans and herbs. The Neanderthal C3 is an interesting vitola, a fairly familiar if thick robusto, but the incredibly flat cap makes a distinct impression, and one with which I’m not inherently enamored by. It’s unique, but I don’t necessarily see what it adds to my experience. It’s a dark, almost meaty color with a very slight red, fleshy hue to it, and I’m inclined to think the color of the band leads my eye to look for that orange-red color in the leaf. As with seemingly every RoMa Craft cigar, the Neanderthal C3 is rolled quite firmly and essentially flawlessly from a visual perspective, with only the leaf’s veins and seams catching my eye. The foot offers a combined aroma of earth and bark, reminding me a bit of the kind of playgrounds I grew up playing on, though not as damp as the ones in Seattle tend to be. There is a bit of black pepper that tingles the nose, and the occasional smell of chocolate syrup and one sample has a distinct meatiness. The cold draw is near perfect in terms of air flow, while the flavor is a bit more to the earthy side with a bit of the chocolate syrup providing a very slight amount of sweetness.

It’s not long into the Neanderthal C3 that I pick up some peppery, almost spicy earthiness. The cigar doesn’t start with a bang, but it doesn’t take long to impart a gentle but noticeable sizzle on my tongue. I don’t remember the Neanderthal being a blend with much in the way of red pepper or anything else that would impart that burn, but sure enough, I get the same kind of sensation as I do after a tortilla chip soaked in the dark red sauce at a Mexican restaurant. The burn line seems to be in no hurry to rush up the cigar, slowly, steadily and evenly making its way along. The first half-inch or so of the cigar is an interesting tour of earthiness, as the pepper sensation fades and is replaced by a dry, rocky flavor as the standout, while the core soil note remains. There are also some ventures into woods, a more natural and organic flavor than one of a lumberyard.  That wood note gets progressively drier as the first third progresses, eventually getting close to that mouth-tingling lumberyard flavor that I contrasted the flavor to earlier. Flavor is somewhere between medium and full in the first third, depending on both on the puff and one’s sensitivity, while body and strength are both pretty consistent mediums. Construction is very good, with good smoke production, an even burn line, and a draw that is ever so slightly firm.

If the first third was largely about earthiness, the second third seems to largely about woodiness at the outset, taking that bridge from the first third and then exploring both the dryness of the lumber and then going back to the more organic flavor that is bark and the outer rings of a damp tree. It’s a hearty flavor, and as it develops, it seems to envelop and mute the pepper a bit. As the flavor gets a bit thicker, the body of the smoke follows along and becomes a bit chewier with each puff. While that is happening, I find a bit of creaminess emerging both in the flavor and the texture of the smoke. Like the pepper, the smoke production seems to have settled down a bit, as each puff results in just a bit less smoke than what I was getting in the final third. By the time this section begins to wrap up, the earthiness is almost gone, the body of the smoke is a few ticks lighter and thinner, and there’s a bit of a drier finish on the tongue after each puff. While what the final third holds remains to be seen, it is beginning to transition with a dry red chili pepper flake flavor that brings back in some of the spicinesses from the first third, albeit in a much more vibrant expression. Construction remains very good, though the burn line is a bit uneven. Flavor again hovers between medium and full, body closer to medium, and strength now climbing towards medium-full. The final third of the Neanderthal C3 gets underway with that red chili pepper sensation, then moves into a slightly more rocky expression of the earthiness that has been its common thread. There’s a bit of pepper, but I’d hardy say it’s the driving force here; rather, it’s a rocky, almost mineral flavor at times, though I don’t want to make more of the latter descriptor than necessary. I don’t know why but I haven’t been retrohaling the first sample much to this point, but when I do does it light up my nostrils with a mix of white pepper and the red chili, creating an almost wasabi-like sensation though with a different flavor. That red pepper then makes its way back to my palate, providing some of that same heat that I picked up in the first third. While the cigar doesn’t go out, the first sample sees the combustion and smoke production slow and decrease, respectively, which in turn makes each puff feel just a bit more labored than they were earlier. That encourages me to smoke the other two with a slightly quicker pace, and the results are favorable. The final inches of the Neanderthal C3 further the woodiness, bringing back in the bark flavor that takes it away from a drier lumber note it had offered earlier. There’s a bit of chocolate coming back, and I wouldn’t be surprised to see the flavor come full circle and return to much of what it offered in the first third. It’s the most robust that the profile has been, and I find myself reaching for a sip of club soda much more often than I did both earlier on and in general. There is also an interesting flavor that reminds me of a mint Mentos, a bit minty but also with the flavor of the outer shell. It’s also here that the nicotine strength of the cigar begins to kick in, something I had been expecting but also briefly optimistic about dodging. It’s not quite a knockout, but at the end of the day, it definitely has me rethinking my plans to smoke another cigar. Flavor finishes around medium-full if not outright full, body is a thick medium-full, and strength makes a late push to medium-full across the finish line. The Neanderthal C3 is an interesting mix of cores and edges; the core flavors of the cigar are quite good, particularly if you like lots of earth and varied expressions of wood in your cigar. The edges have a bit more roughness and character, which work most of the time but can get a bit too much for my palate. But my experience with the three samples didn't seem to bring those two things together as well as I would have hoped, with two cigars offering more of the core flavors, while the third was much more of the brighter and more dynamic flavors, which meant less of the core flavors. This is one of those situations where the cigar is very good as is, but could definitely hit a point before long where there's a bit more unity of the two aspects. While I can't say I'm crazy about the 60 ring gauge, if that evolution does happen, I have no doubt that the C3 will rank as one of the better vitolas in which the Neanderthal blend has been released.