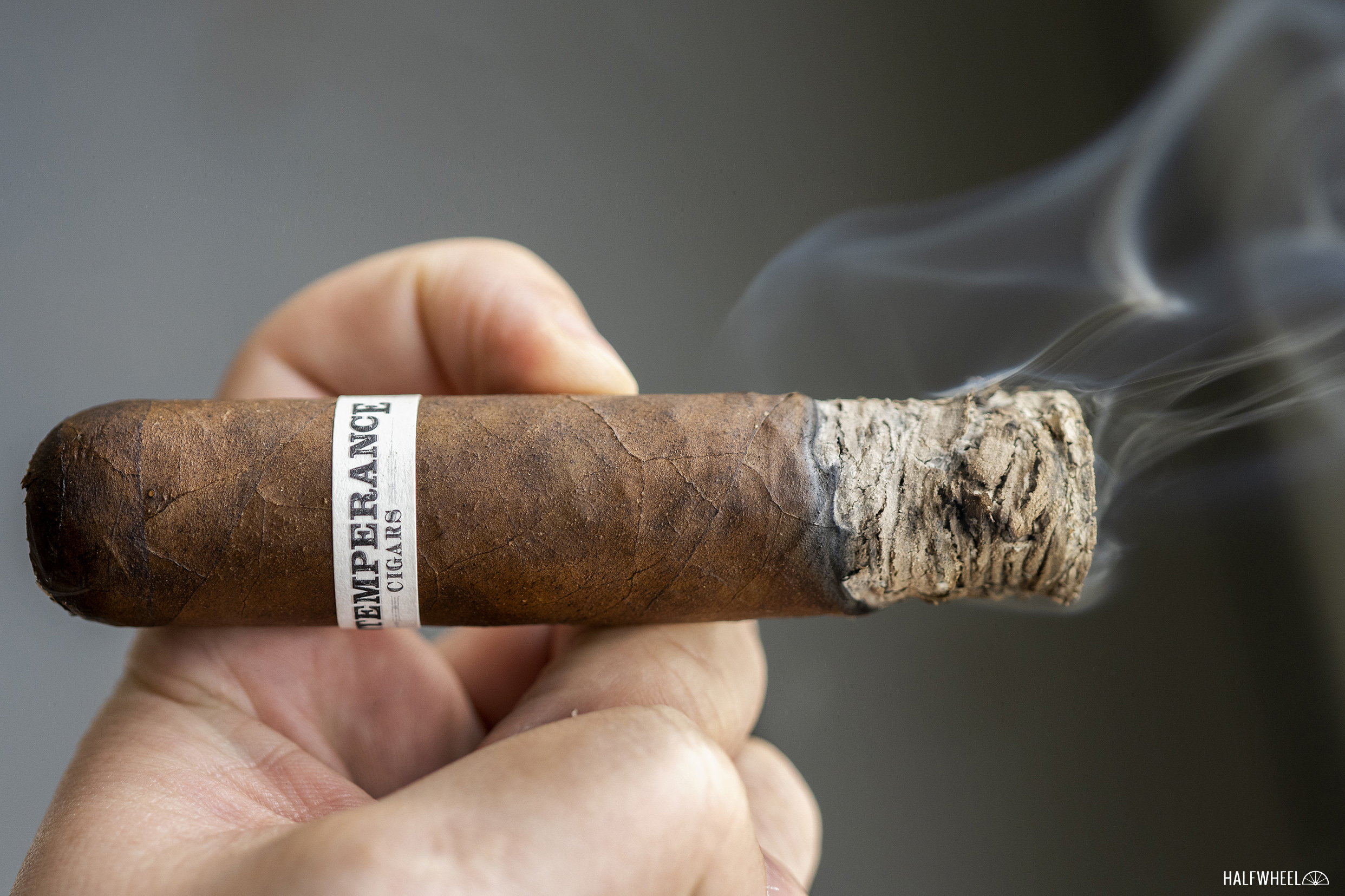 On the list of oxymoronic cigar names—a list that is probably longer than it is short—RoMa Craft Tobac’s latest sampler deserves a mention: El Catador de los Petite Gordos.

While in cigar terminology “petite gordo” may not seem that at odds with itself, in Spanish, the name translates to the sampler of the small fat ones.

As RoMa Craft Tobac has done many times before, it has created a new sampler that contains several of its blends all in a single size. This time, it’s the 4 1/2 x 60 parejo size, which RoMa Craft has dubbed petite gordo. Inside is two each of the following:

Four of the cigars are new and have never been offered before, while the CroMagnon and Aquitaine Mandible cigars are not new.

While the cigars are being sold for the first time in 2021, it will not be easy to find them, particularly now. On May 29, 2021, RoMa Craft Tobac held its first-ever WeaselFest, an event hosted outside its Austin, Texas headquarters that was designed to coincide with the company’s 10th anniversary.

Originally scheduled for September 2020, coronavirus restrictions in Austin forced the company to delay it until Memorial Day weekend of the following year. Fortunately, RoMa Craft Tobac was able to keep the event intact, including its impressive musical line-up that included Third Root, Superfónicos, and Scarface & The Formaldehyde Funk Band. In addition, Austin restaurants Stiles Switch BBQ and Valentina’s Tex Mex BBQ catered the event and brought better food than you’ll find at most cigar events. Local alcohol companies, including Garrison Brothers Distillery, provided drinks. And of course, there were cigars.

The samplers were offered to ticket holders both before ($100) and during the event ($110). Furthermore, the night before the event the company hosted a firearms event with Staccato, a Texas-based handgun company, as well as a separate event at Habana House North where boxes of the individual 4 1/2 x 60 cigars were offered outside of the event.

Standard tickets ($275) include access to the event, food, alcohol and Weasel Packs, which included swag and other items. VIP tickets ($475) include all of the above plus one sampler, unlimited food and drink and more.

As for the cigar, it’s the same blend as a cigar I’ve smoked many times before, the Brazilian tobacco-wrapped version of Intemperance. It uses a Brazilian Arapiraca wrapper over a Nicaraguan binder and filler tobacco that has been described as “primarily Nicaraguan.”

Its name is a reference to the Temperance Movement, the anti-alcohol effort that led to prohibition, not only in the United States from 1920-1933, but other countries as well. My first thought is that this looks like an Intemperance BA XXI, which has long been a favorite of mine within the RoMa Craft Tobac portfolio. The muted, dark brown Brazilian wrapper is very reminiscent of other Intemperance cigars I’ve smoked over the years, though the exposed feet on the cigars seem a tad bit darker than I remember. Aroma from the wrapper is full of barnyard, something that reminds me of wet newspaper and some underlying sweetness. That sweetness comes alive when smelling the foot, as there is brownie-like chocolate, pumpkin seeds and a bit of nutmeg. Cold draws produce lots of sweet cocoa, a bit of fruitiness, white pepper and cinnamon. One sample has a beef jerky-like flavor, though I don’t pick it up in the other two.

The Intemperance BA XXI War starts with lots of coffee, toastiness, walnuts, damp cedar, woodiness and some pepper. It’s not the heaviest cigar in the world, but that initial profile almost makes it seem like the cigar has been lit for an inch or so in terms of how developed the flavors are from the start. Furthermore, this is all happening without the wrapper burning. While the middle of my tongue and the sides of my cheeks feel a tingling from a pepper-like irritation in the opening salvo, it begins to fade. The profile settles on an extremely balanced mixture of grains, nuttiness, pizza crust, pretzel, earthiness and a semi-sweet chocolate. After the smoke leaves my mouth, the finish has more minerals over grains, creaminess, a touch of sourness, and some inconsistent white pepper. There are a lot of stout-like flavors going on in both the main flavor’s finish and in the retrohale. Blowing smoke out through my nose produces sensations of vanilla and nuttiness over toastiness, grains and a floral-infused sweetness. The finish of the retrohale is very much like a milk stout thanks to an uptick in grains, creaminess and nuttiness, though some of the muted cocoa and white pepper remain. Flavor is medium-full, body is full and strength is medium. Construction is flawless during the first third of all three samples. While the first third was pretty similar to what I expect of most Intemperance BA XXI vitolas, the second third takes a pretty sharp turn. The main flavor now has earthiness, nuttiness, thyme, leather and minerals. The finish is a bit closer to the first third with a sweeter chocolate and earthiness over lemon. Retrohaling is also quite different from the first third, there’s nuttiness, white bread and meatiness over some earthiness and a familiar nutmeg. It finishes a bit sweeter than the other parts of the profile, though I’m not sure it ever gets particularly sweet. There’s lots of cedar, the underlying sweetness, nuttiness and some of the grain flavor. Flavor is full, body is full and strength is medium-plus. While I’m not sure the body is that much fuller, the texture of the smoke has changed dramatically and now has a velvety character. Construction remains excellent, though there are some signs that the smoke production is slowing down a bit. Once again, the Intemperance BA XXI War takes another sharp turn in profile, this time seemingly running away from the sweetness. There’s a mixture of earthiness and woody flavors—specifically cedar and hickory—ahead of some white pepper. The finish has toasted grains, minerals, earthiness and some more of the hickory flavors. There’s a great contrast between the main flavors and the sensations that are produced while retrohaling, which tend to be creamier thanks to coffee and pizza dough. I can’t really tell if the retrohale is that much sweeter, or if it’s just the contrast between the main flavors and the creaminess, but it definitely produces a sensation that leads me to believe it is sweeter. That being said, a few seconds after the retrohales leave my mouth, there’s a lot of green pepper—a bit of a shock to the system—over some toastiness, caramel, and a bit of herbal flavors. Flavor is medium-full, body is full and strength is medium-plus. One sample needs help with its declining combustion, though the other two are able to make it to the end with some manipulation thanks to quicker puffing times. One thing I haven’t fully resolved is whether the Intemperance BA XXI War is a good expression of this blend. There’s no question that this cigar is good, but I’m not sure how similar this is to the other vitolas within the line. I think back to the oily Brazilian wrappers from the first prerelease samples of this blend and the thing that stands out to me is the dynamic sweetness, something that isn’t regularly present here. Instead, there’s a very nuanced profile that is a bit more main course than dessert—all packed into one of the most oxymoronic vitola name of all time.