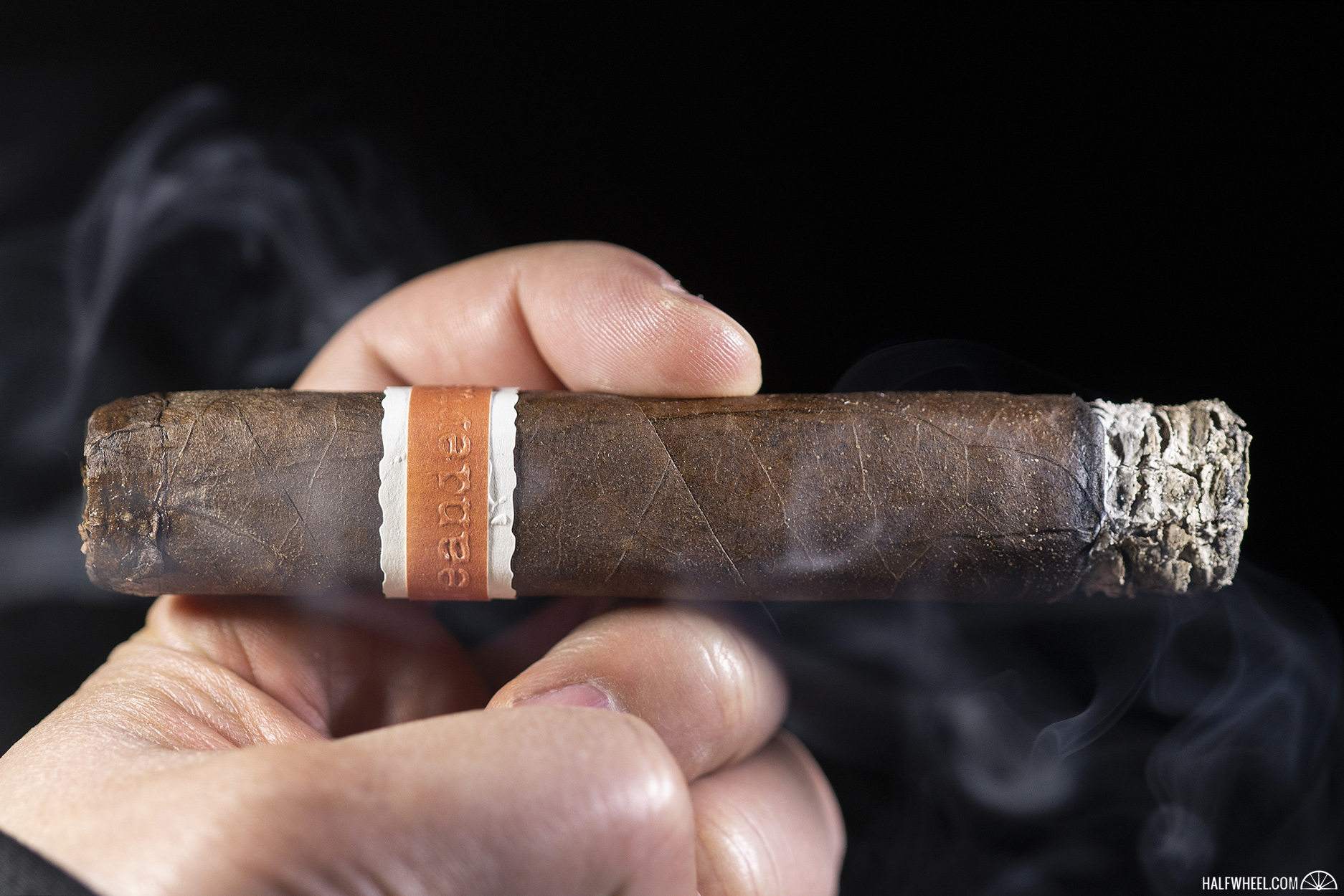 If there’s a signature size for RoMa Craft Tobac, I’d argue it’s the 5 x 56 box-pressed robusto gordo size that is known as EMH in the company’s original CroMagnon line. The size is found in RoMa Craft’s first four lines, but the Neanderthal line—introduced in 2015 and now a family of eight vitolas—still has neither a 5 x 56 size nor a box-pressed vitola.

One of those two facts changed with the ninth size of the line: LH. At 4 3/4 x 56, it’s close to the EMH, but for most, the more important fact is that it’s the first box-pressed vitola for the line. 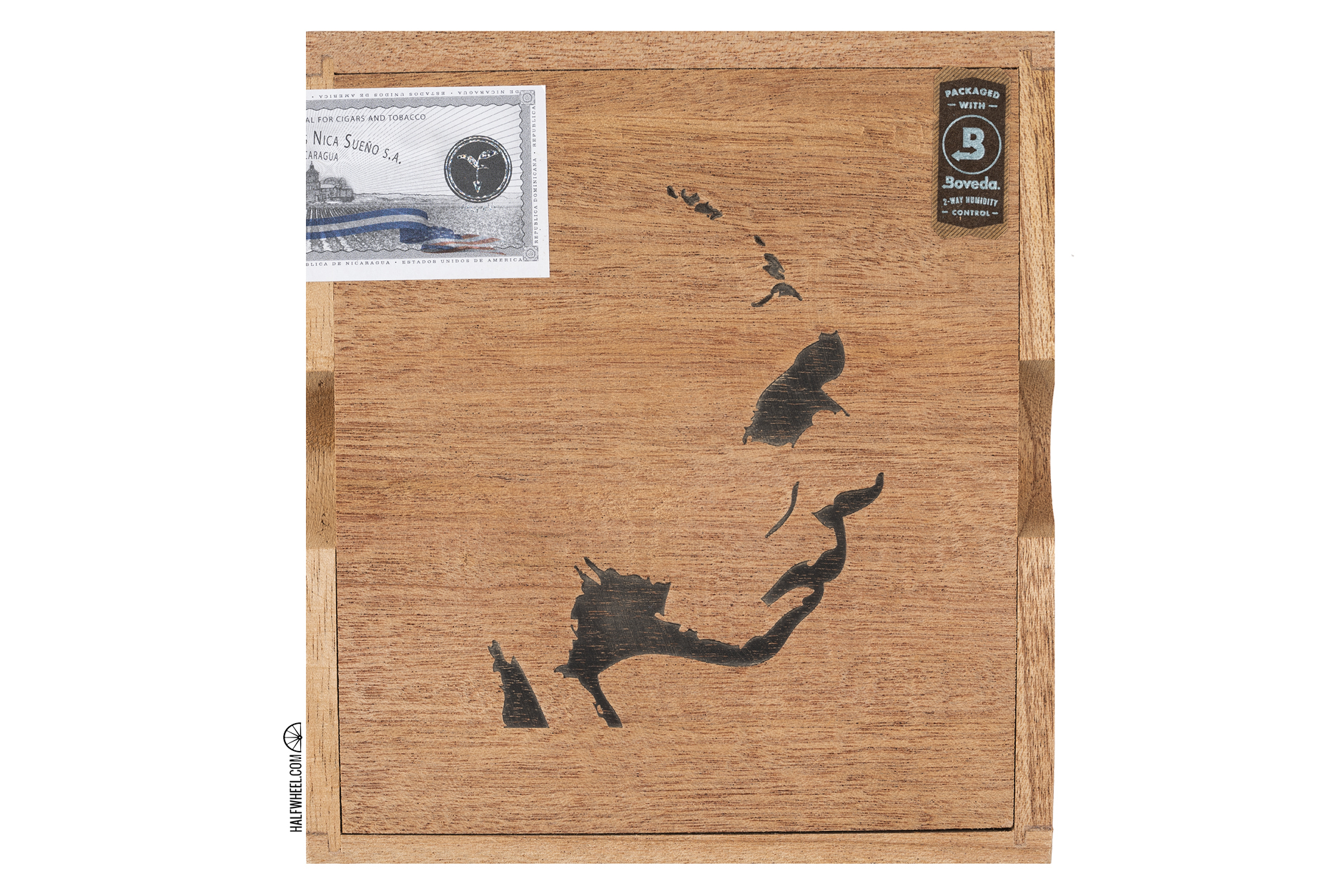 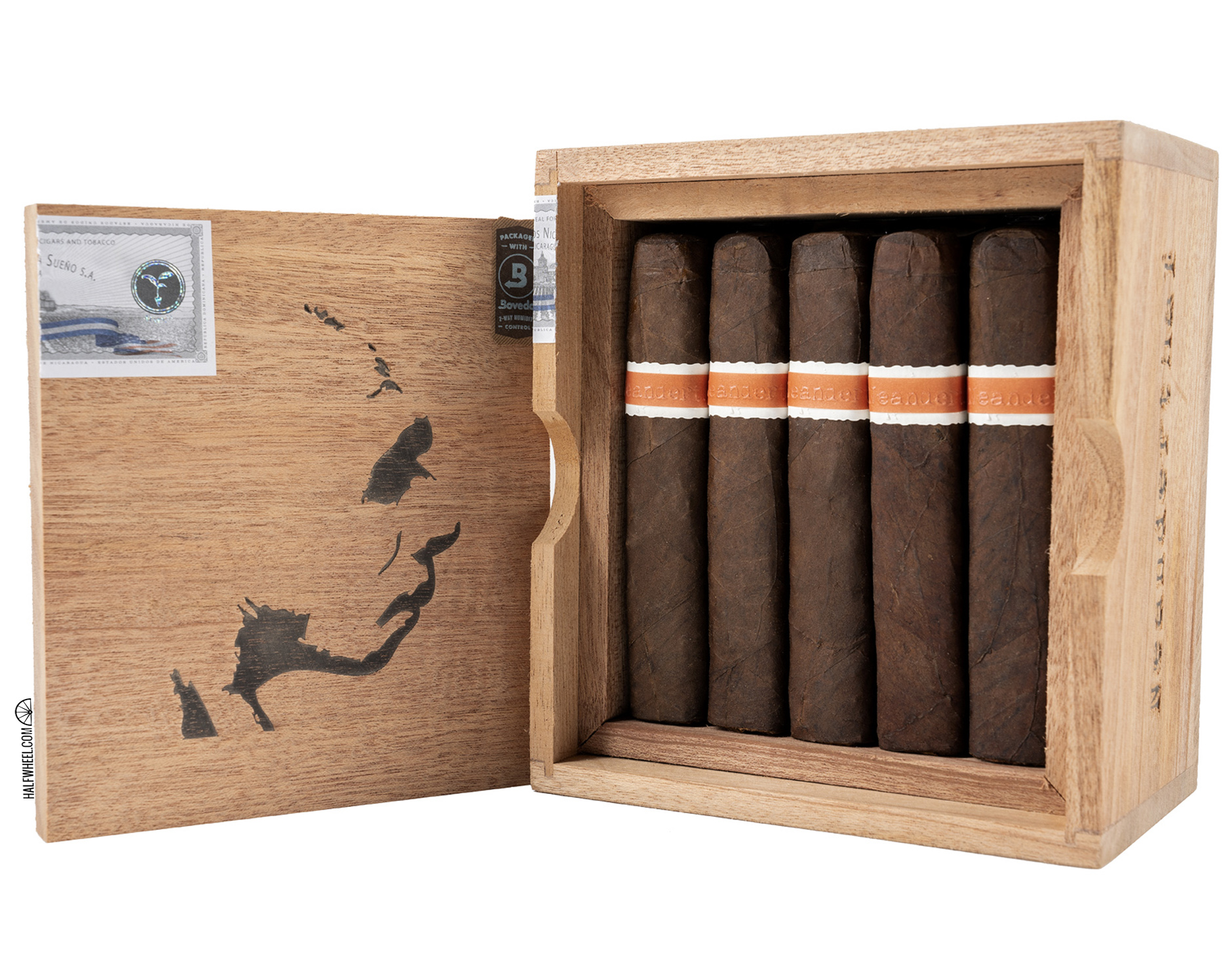 It debuted in mid-September, with the first 100 boxes going to Fine Ash Cigars in Glendale, Ariz. An additional 1,400 boxes were scheduled to ship over the last couple of months completing the 2019 release. Like many RoMa Craft cigars, the Neanderthal LH will be sold in limited quantities but is an ongoing release. 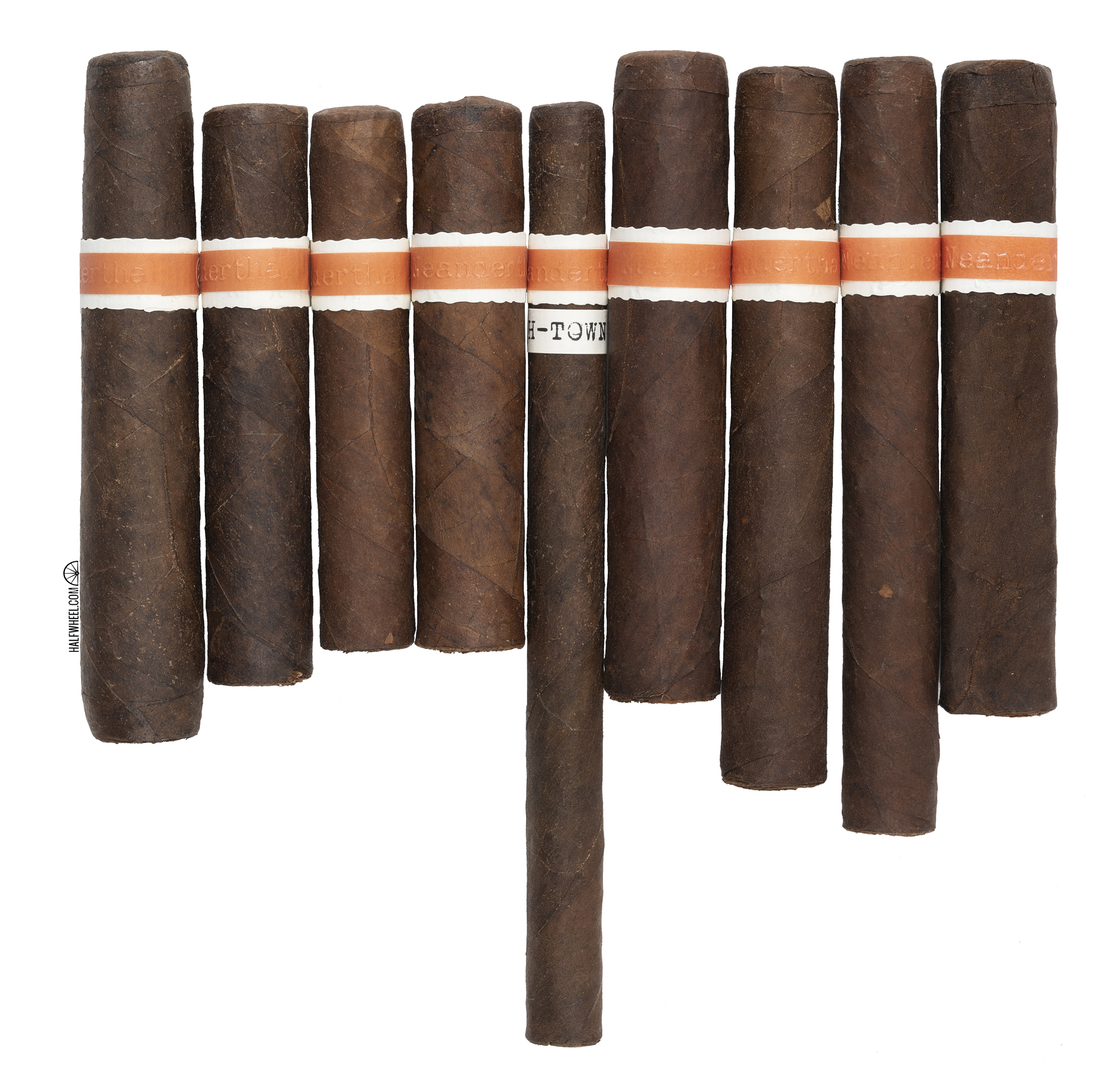 The Neanderthal blend uses a Mexican San Andrés wrapper over a Connecticut broadleaf binder and fillers from the Dominican Republic, Nicaragua and Pennsylvania. The line is notable for its flat caps and the use of Pennsylvania Green River One Sucker, a type of ligero that is one of the more powerful types of tobacco being used by companies today. 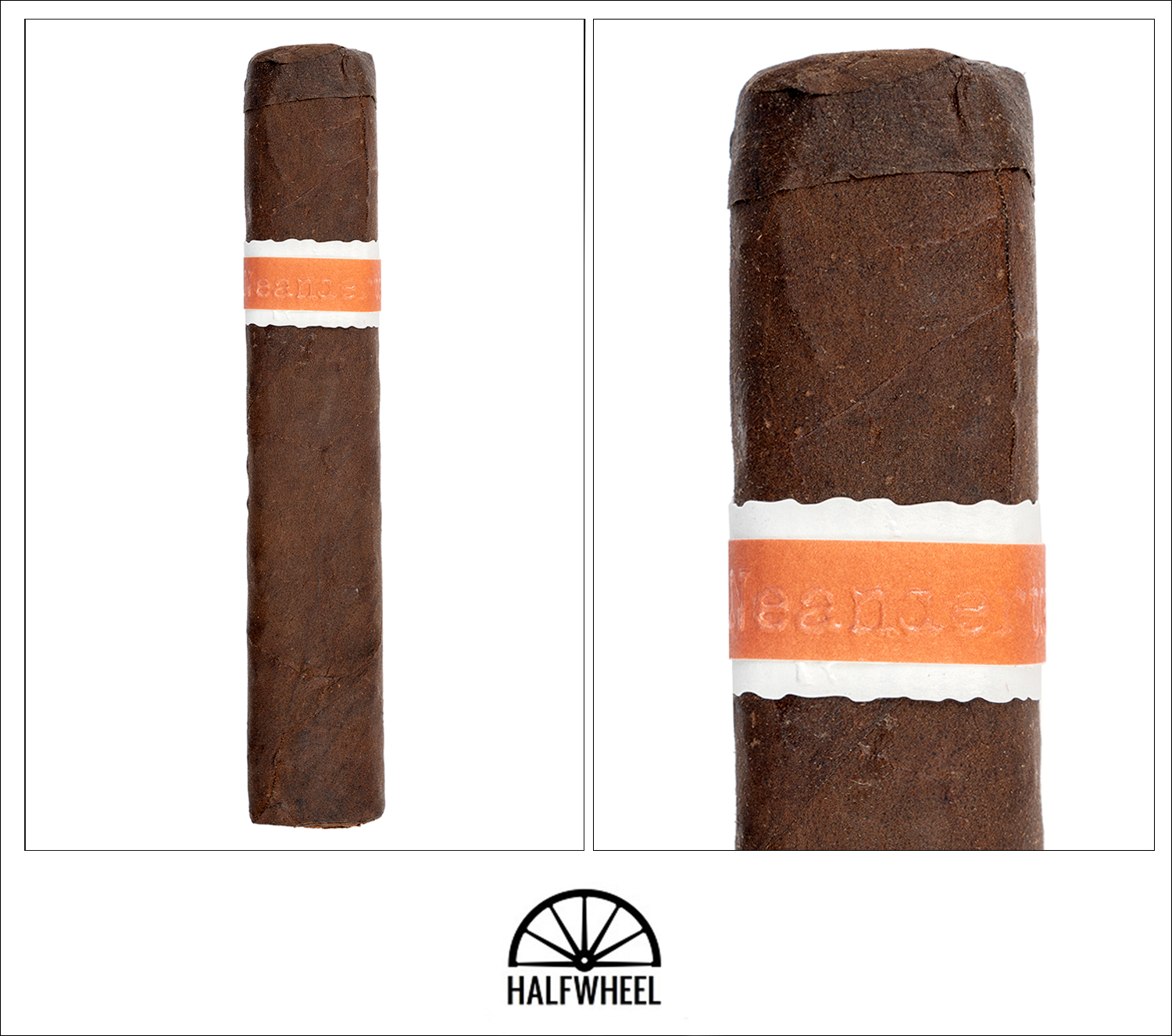 One sample has a lot of veins, including some that run up to the cap like the picture above, but otherwise the LH is exactly what I would expect from a Neanderthal: the main band mimics the color of the University of Texas, the wrapper is a bright milk chocolate color and the cap is flat. The aroma from the wrapper has some bizarre flavors. There’s a weird cranberry flavor, manure, leather, lots of acidity and a sensation that reminds me of a leather cleaner I’ve used before. The foot smells like a bag of uncooked and unwashed white rice with some sweetness and a flavor that reminds me of eating chocolate-covered fruit. The LH’s cold draw has a cocoa flavor, the familiar white rice, ground coffee and raspberry; i.e., it’s quite similar to the foot.

While the foot and cold draw are quite similar, the first puff is very different. I struggle to get the smoke production that I’d like and there’s similarly not a ton of flavors, just tastiness and some burnt raisins. Three or four puffs in, there’s a ton more smoke and a lot more flavors. An inch into the cigar, there’s some corn whiskey, a fair bit of mineral flavors, a bell pepper skin and some faint hints of peppermint. Retrohales have even more of the corn whiskey flavor, some lemon tea and the mineral flavors. Oddly, the finish is rather creamy. Construction is good, but the burn is slow and I find myself needing to smoke a lot quicker than I’d like to.

I expected some change in the Neanderthal LH, but the second third isn’t what I was expecting. For much of the next inch-and-a-half, the cigar tastes like mole. There’s some mineral flavors and white pepper, but for the most part, it’s got the rich and diverse group of flavors that make up the Mexican sauce. Retrohales are brighter and more intense, I imagine it’s quite similar to if I try to sniff sweet orange chicken sauce though my nose. There’s some of the familiar white pepper as well, but it’s a lot of thick, semi-sour and sweet oranges. Retrohales continue to have the creaminess, though the orange chicken sauce lingers as well. Flavor, body and strength are medium-full. Construction remains fine though I’m still having to smoke quicker than I’d like. 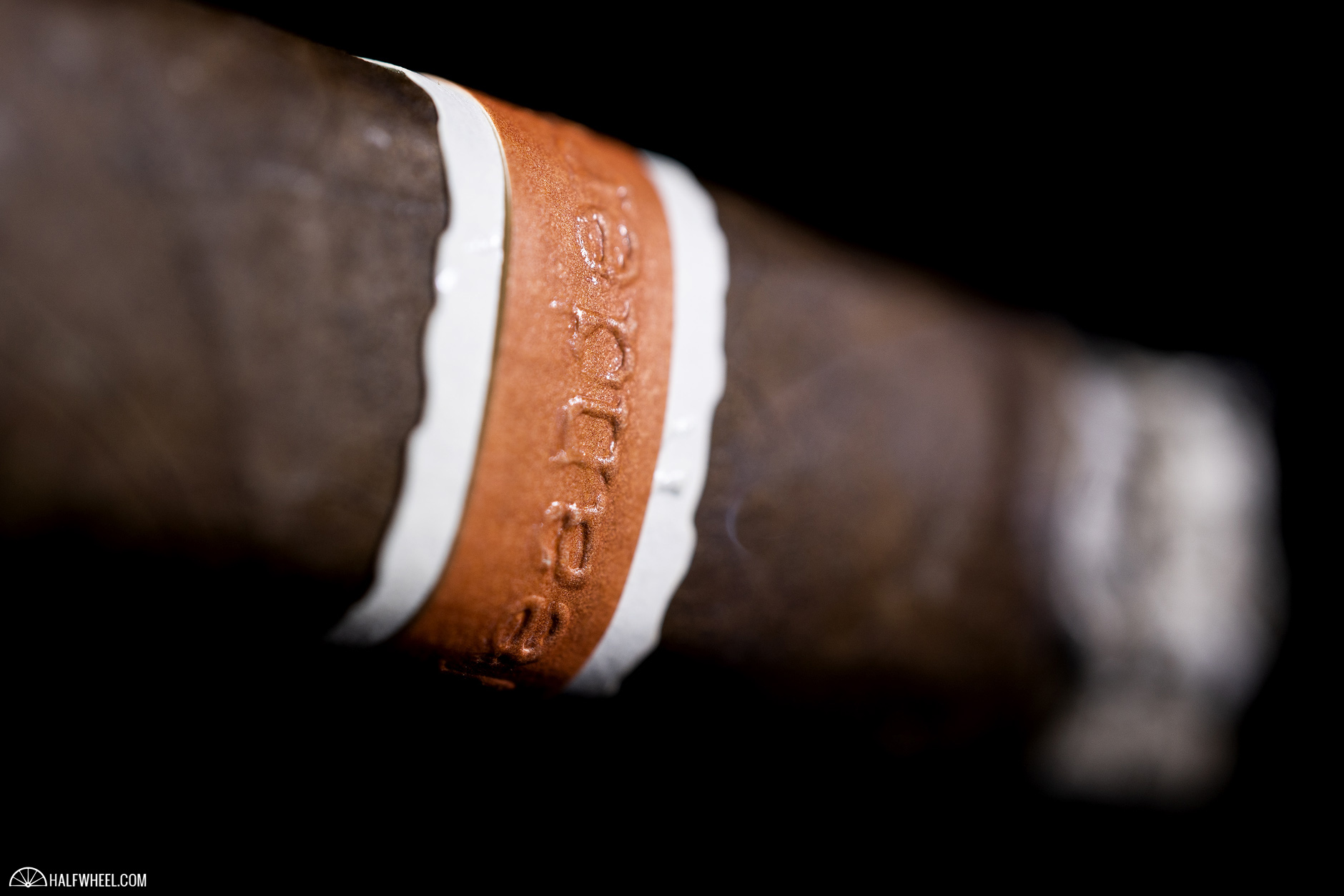 And then the heavens open. The Neanderthal LH provides another drastic transition and I am once again all about it. There’s peanut shells, some charcoal, a non-corn whiskey flavor and some watered down rum flavors. I don’t get any pepper upfront, but I find some on the back of the throat, which I think is a residual effect from earlier. Retrohales suddenly have a ton of flavor flavors, a wasabi-like flavor but without the burn, and some more of the peanut shells. At times, the floral flavor morphs into a blueberry muffin, but with less than an inch left it’s a ton of floral flavor. Curiously, if I smoke slower I get a lot more pepper. The finish reminds me of the Pennsylvania ligero, which I once smoked by itself. Once again, flavor, body and strength are medium-full. 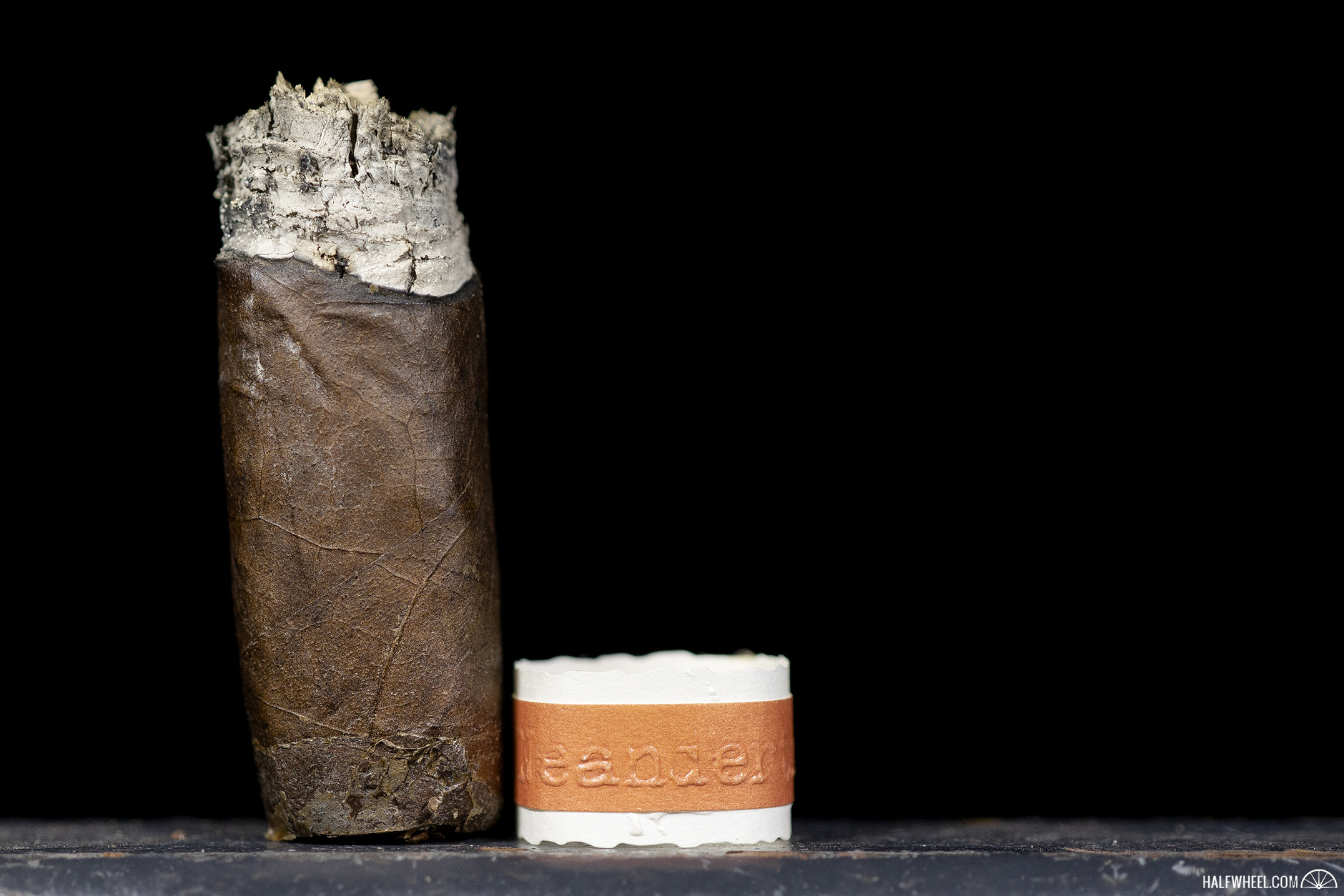 Much like styles make fights, I think that sizes oftentimes make blends. I had high hopes for this vitola when it was announced as I always thought the Neanderthal blend needed just a bit more physical space to shine. The first third of the LH didn’t impress me as much as I hoped but by the final third, I was downright surprised by what I was tasting. The LH succeeded in giving the blend more space to shine, but a floral sensation was something I never would have imagined. Baka might be all the RoMa Craft fans wants to talk about this month, but the LH deserves attention. While a floral favor is something normally associated with a blend that is delicate, the LH keeps its robustness though it's more refined than the rest of the Neanderthal line.