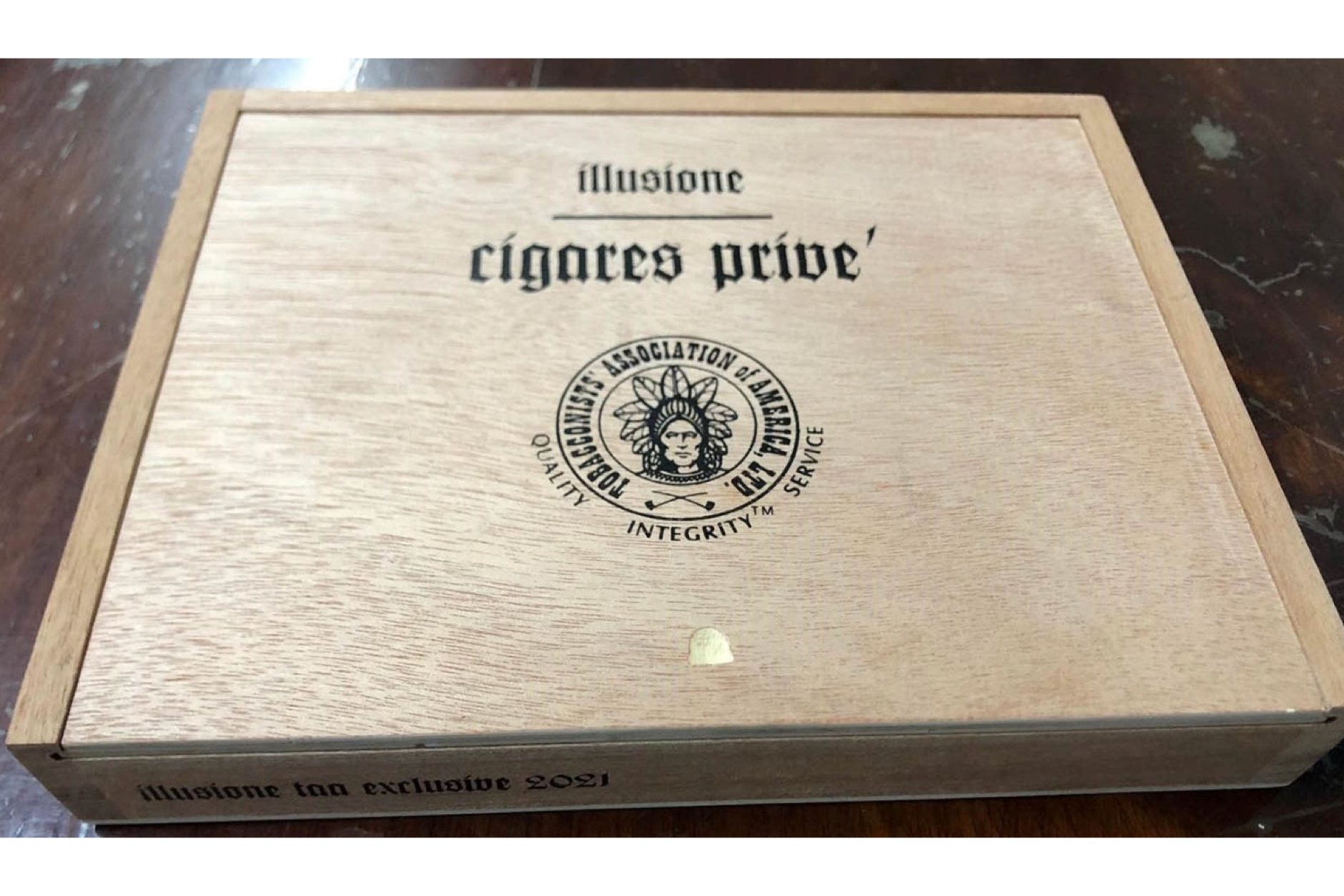 Illusione’s first exclusive release for the Tobacconists’ Association of America (TAA) is shipping to stores today.

“I’ve been working on and off with a particular tobacco for a couple of years now that Eduardo (Fernández Pujals of AGANORSA) grows off and on,” said Dion Giolito, Illusione’s founder, to halfwheel in March. “I made some things personally for myself to smoke when I’m at the factory using this viso. I’m very comfortable with it now, and know how to utilize it within the context of a blend. It’s full-bodied rich and goes deep, it has all the characteristics of an Illusione cigar when blended correctly.”

This is Illusione’s first exclusive release as part of the TAA Exclusive Series Program. The company became a TAA supplier last year. The TAA is a fairly small group of some of the country’s top tobacconists, about 80 retailers, as well as 40 or so manufacturers. The association gathers annually to discuss issues facing the industry and retailers, as well as to have its annual trade show, a unique event that works on a group buying format in order to secure exclusive deals for these generally high-volume merchants.

TAA hosted a virtual meeting in March, when this cigar was first announced, and is planning on having an in-person meeting next month in Casa de Campo, Dominican Republic.

This year, a total of 13 different companies announced TAA ESP releases, more than half of them have shipped to stores: