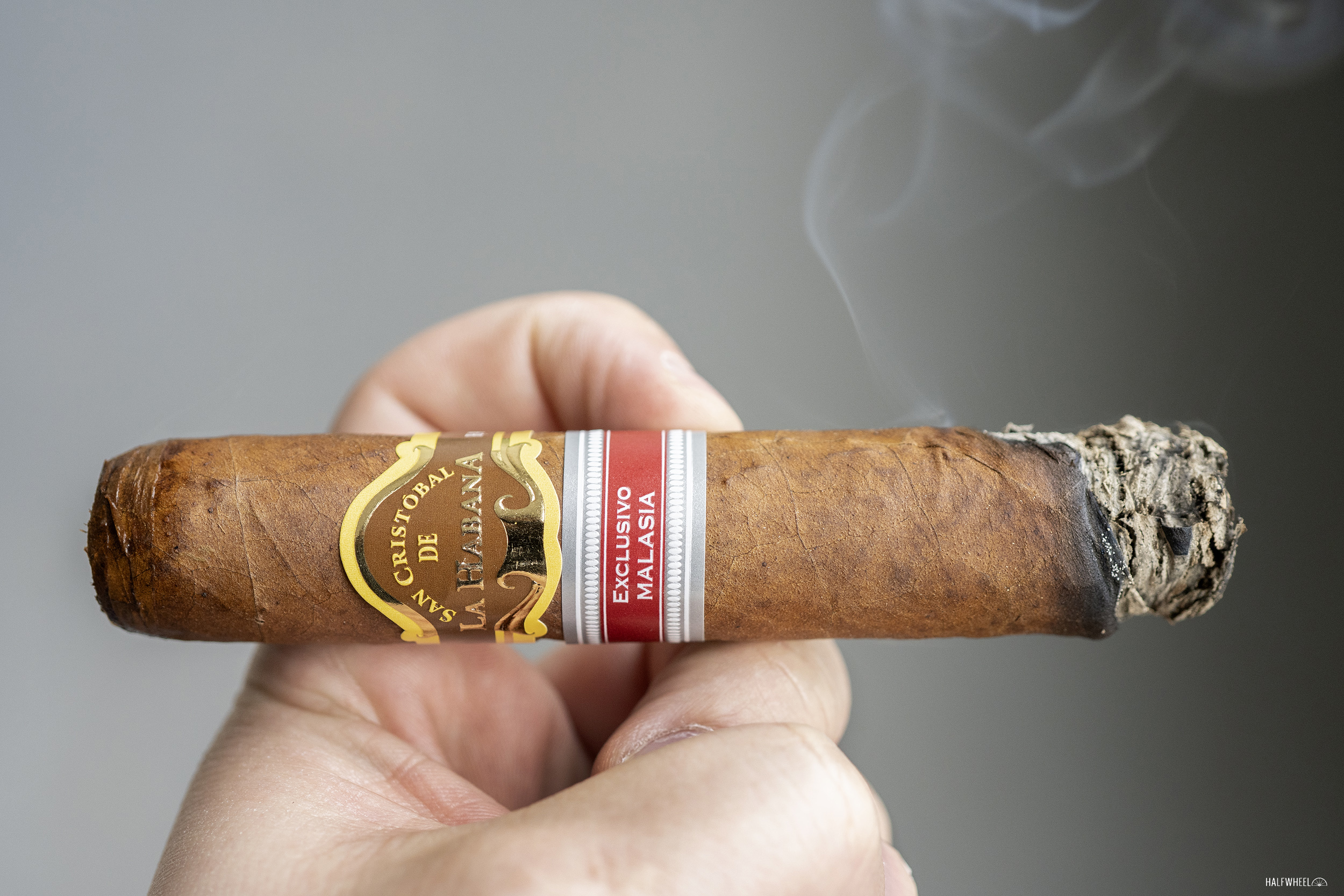 In April, Pacific Cigar Ltd. hosted the debut of the first Edición Regional release for Malaysia.

The San Cristóbal de La Habana Harimau Malaya is not the first Edición Regional to ever be sold in Malaysia, but it is the first one that wears a secondary band denoting that the cigar was made specifically for Malaysia. It’s a 5 1/8 (130mm) x 55 parejo, a vitola known within the Cuban system as Montesco. The most famous incarnation of this size is the Romeo y Julieta Wide Churchills, though the size is getting used more and more as Habanos S.A. embraces the large ring gauge trend that began in earnest within the last decade. 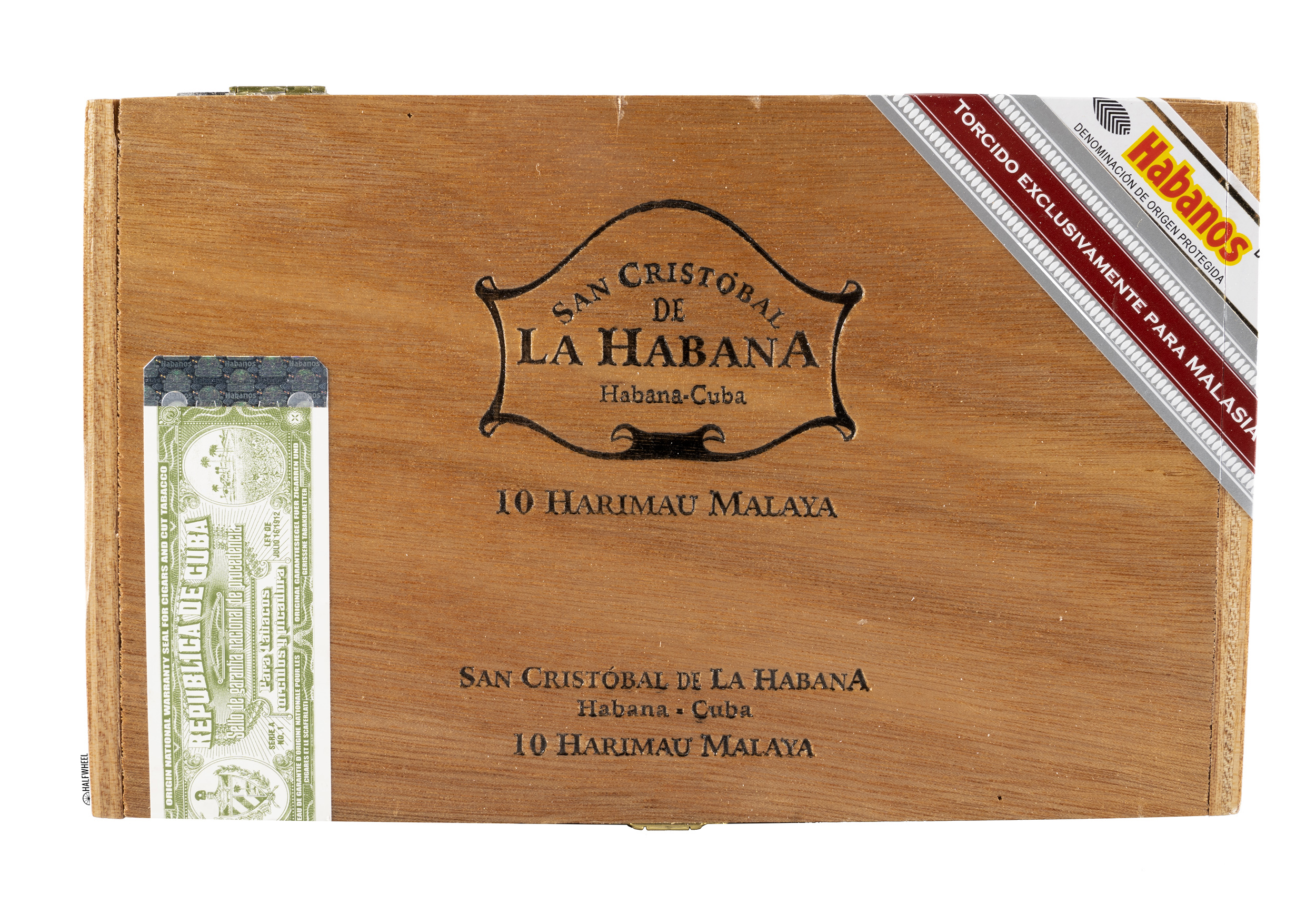 Like many other Edición Regionals made for Pacific Cigar Ltd., it is limited to 8,888 boxes of 10 cigars. The use of the eights is because the number is considered lucky in various cultures, most notably in China. Despite the fact that the secondary band says Malaysia—or more accurately, the Spanish spelling of “Malasia”—it is being sold throughout other Asian countries where Pacific Cigar Ltd. is Habanos S.A.’s distributor. The name Harimau Malaya is a reference to the Malayan tiger species, which is depicted on the outer box.

For those unfamiliar with the Edición Regional program, the basics are as follows:

More recently, with little exception distributors are restricted to a single Edición Regional release per year. That being said, many of the releases don’t actually ship until one or two years after their planned year. Over the years, I’ve seen a wide range of wrapper colors used for cigars that bear the San Cristóbal de La Habana band. This is certainly on the darker side of that spectrum, though not the darkest SCDLH I’ve ever seen. Each cigar I smoke has a hard spot, though they are in different places of the cigar, more on that below. The wrapper’s aroma is medium with scents of leather and cedar over barnyard, acidity and something that reminds me of the smell of when tobacco is sweating in a factory. The foot is medium-plus and a lot sweeter. The main scents are cedar and potato chips, but the lack of acidity and the secondary notes of flowers and Greek yogurt help to make a much sweeter profile compared to smelling the wrapper. It’s a Cuban cigar with a noticeable hard spot, so I’m not surprised to find the cold draws varying degrees of tight. There are lots of bubble gum flavors over some French fries. That’s more or less it; there’s neither pepper nor acidity, so the medium-plus cold draws are very smooth.

Unfortunately, I’ve seen—err, smoked—this story before. While I enjoy the flavors I get—a vibrant potato chip flavor over oak, sourness and floral sensations—there’s very little smoke. I can feel the hard spots with my hand and also when taking a puff as the airflow is noticeably blocked. My notes from the first sample read, “Lots of good and bad. On one hand the main flavors are good, on the other hand, the retrohale is a bit of a mess and the draw isn’t great.” In more detail, that means that the earthy and creamy core that I’m picking up in the mouth is particularly good on two samples—where there’s nuttiness that makes for a trio of leading flavors—or when there are accenting notes like a charred sensation. One sample is sweeter and has vanilla, which leads to a grown up vanilla ice cream dessert type of flavor. The finish sees the earthiness pick up out dueling the nuttiness and also some added pepper. As for the retrohales, they aren’t awful: sourdough bread, damp earthiness, creaminess and sugar. Unfortunately, the finish of the retrohale is quite metallic, unable to let the other flavors—creaminess, a pile of fall leaves, and pepper—shine. Overall, the flavor is medium-full, body is medium-plus and strength is medium. The draw is tight and is clearly affecting the smoke production. It’s not bad enough that if I was casually smoking this cigar I would toss it, but it’s bad enough that I am not looking forward to smoking cigars from the rest of the box. On the plus side, the ash is pretty.

The second third of the San Cristóbal de La Habana Harimau Malaya has a different set of flavors compared to the first third, though the overall effect is quite similar. Coffee and French fries have taken the top spots, sitting over earthiness and black pepper. The French fry flavor is a potato starchiness that sometimes is more potato chip-like, akin to a Ruffles chip, though I think it’s closer to French fries than anything else. Once the smoke leaves my mouth, my taste buds detect earthiness, peanut shells and something that reminds me of gravy, which I think is another offshoot of the potato starchiness. The finish is quite muddled compared to the crispness of the main flavors. Retrohales have earthiness, citrus and some more of that gravy-like flavor. When the smoke is going through my nose I’m able to detect a lot more meatiness that makes the gravy flavor make a lot more sense. The finish of the retrohale is drier and toastier. There’s nuttiness and leather, but it’s mainly a lot of toastiness and harshness. It’s marginally better than the first third, but it’s unpleasant enough to discourage me from regularly retrohaling. Flavor is full, body is medium-full and strength is medium-plus. Construction is more of the same: tight draw, average smoke production, pretty burn line and ash. Bad draws notwithstanding, things had been going fairly well for the San Cristóbal during the first two thirds—or at least fine enough. Unfortunately, the final third is harsh. Despite how many times you are about to read the five letters “h-a-r-s-h,” it’s not overwhelming in the sense that it just disrupts every other flavor, rather, there’s harshness pretty much everywhere you want to look. The worst of it is on the main flavor, when the smoke is my mouth, as it’s a lot of harshness joining earthiness, the wet leaves flavor, and creaminess. The finish has earthiness, sunflower seeds and mineral water, though there’s some residual harshness. Retrohaling, at least when the smoke is going through my nose, isn’t harsh but it is very spicy. There’s also some nuttiness, though that does little to cut through the spices. Once the smoke leaves my nostrils I pick up creaminess, earthiness and a bit of harshness. On one sample in particular the retrohale experience is too overwhelming for my nostrils. Flavor is full, body is medium-full and strength is medium-plus. While the draw isn’t great, I make it to the end of two cigars without having to touch up either cigar. The third cigar needs just one touch-up, albeit in the first third. 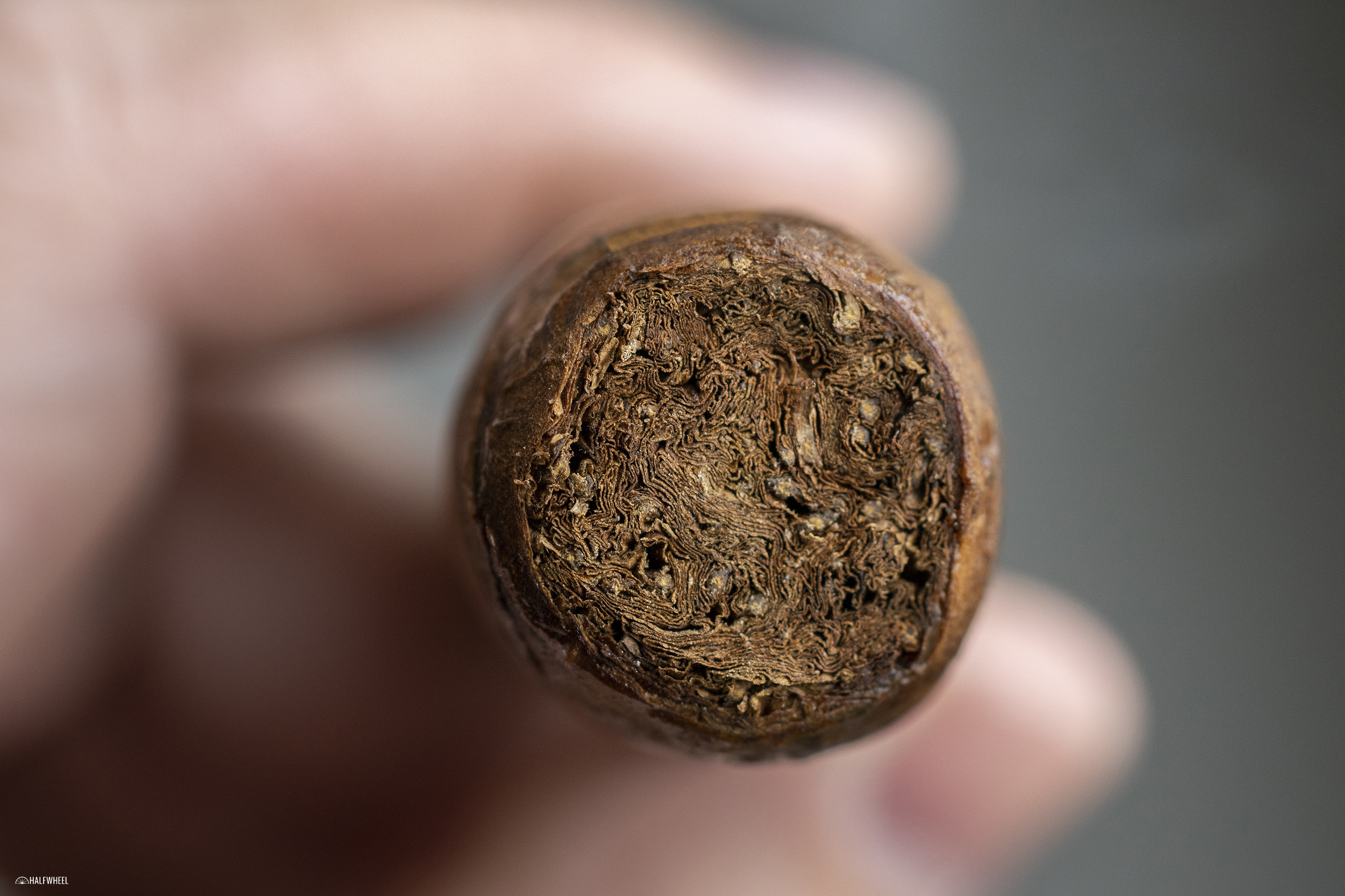 I don’t smoke a ton of regular production Cuban cigars, particularly fresh regular production Cuban cigars. So perhaps this is just what happens these days. But my experience with Edición Regional releases over the years has oftentimes been what happened with the San Cristóbal. The most obvious issue is the draw and there’s also the mess that is the final third. But the larger issue here is that there was little in the first two thirds that showed any sign of a redeeming enough quality that makes it worth taking a shot on the San Cristóbal de La Habana Harimau Malaya. I’m willing to concede that if these cigars are properly bunched that the flavor is different—maybe even better—but I don’t think it’s going to be that much better. At the end of the day, it's asking someone to spend $40-55 per cigar on something that not only has obvious issues but even at its best wasn't close to being what I expect from a cigar of this price.