Some of Habanos S.A.’s Edición Regional releases have no backstory and that’s fine. There are others that are incredibly interesting. One thing I’ve found as we write more and more about the cigars is that I can oftentimes learn a little bit about Cub and its history. For example, earlier this week I wrote about a new Italian Edición Regional that is named after a city in Cuba, itself named after the name of an Italian ship that wrecked nearby centuries ago.

Another one of those cigars to learn about specific moments in Cuban history is the Diplomáticos Bushido.

Anyone remote familiar with Japanese history or culture will know the name. Bushidō, literally the way of warriors, refers to the Bushido code, a set of rules in which the samurai were expected to behave.

From 1613-1620, Hasekura Tsunenaga sailed from Japan to both the Americas and Europe. For the isolationist country that was medieval Japan, his visits were incredibly important as much of the Western world wouldn’t see Japan for two more centuries.

In 1614, he spent nearly a week in Cuba as part of those visits. To honor the 400 year anniversary of this event, Pacific Cigar Ltd.—the distributor for much of Asia—opted to name its 2014 Edición Regional, Bushido. It also got a special cigar for the occasion, a 109.

The N0. 109 vitola is a 7 1/4 (184mm) x 50 Churchill extra that features a special cap. It is a hybrid between a standard parejo cap, i.e. the relatively flat covering you see on a robusto or toro, and a belicoso-style cap. The end result is something that tapers like a belicoso, but ends up creating a much softer top with no point. 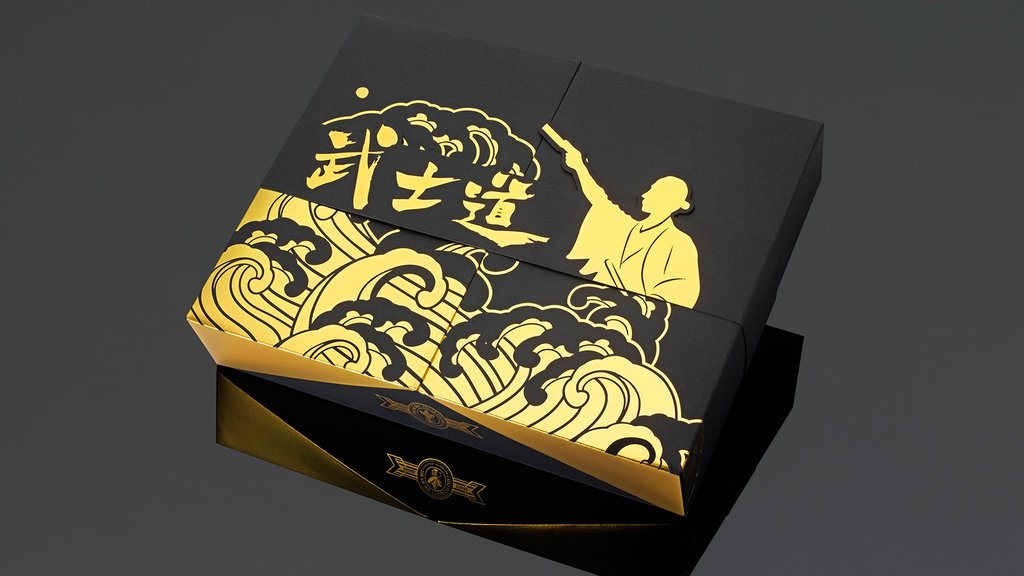 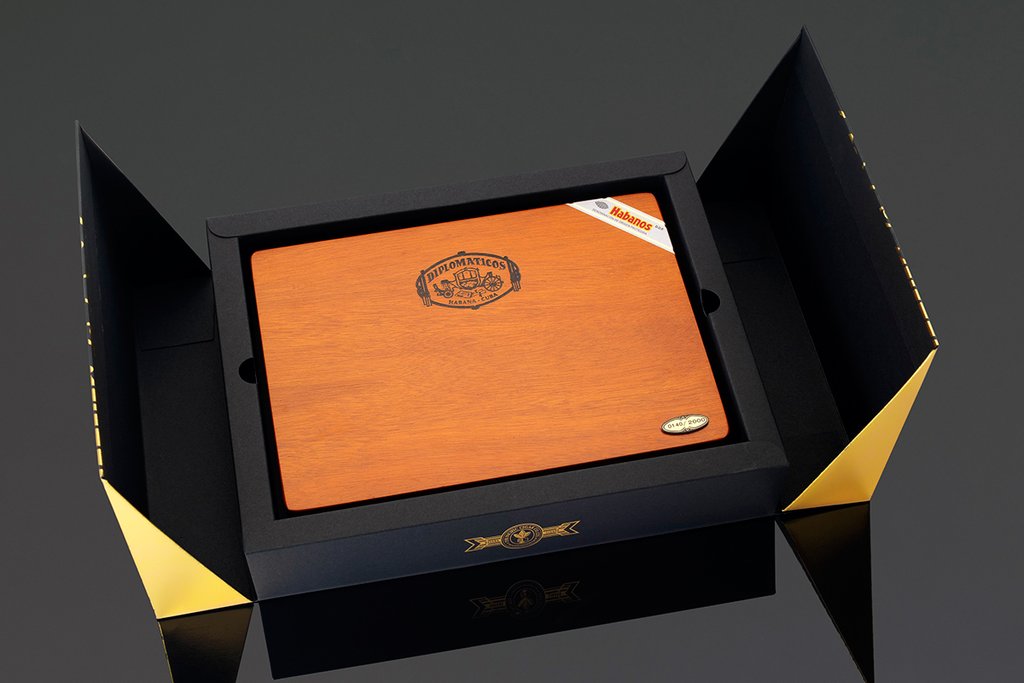 The Bushido was limited to just 2,000 boxes of 25 cigars. Each of those boxes came with a special black and gold outer box that not only depicted samurai and other Japanese symbols but also told the story of Hasekura Tsunenaga’s journey.

In true Edición Regional fashion, the cigars didn’t get released until 2015. Due to the special size and limited nature, Bushidos have become one of the most sought-after Edición Regionals of the last five years.

The Diplomáticos Bushido is as pretty of a cigar as I’ve seen in a while. It’s not the deepest color of red, but the wrapper has an incredibly consistent color with seemingly the right amount of oils. One thing that I notice about each sample is how cylindrical they are, seemingly a perfect circle. Aroma from the wrapper is medium-full with some cedar and lots of acidity. The foot smells like a typical Cuban: sweet with floral and cinnamon candy sweetness, though there’s a bit of a wet cardboard smell. It too is medium-full. The cold draw is very Cuban with a lot of those same flavors, now joined by pink lemonade and a very strong pepper flavor.

Two cigars start with some sweetness, a bit of a grassy flavor and some fried chicken skin. The third sample is more of a rye bread flavor with some super crisp earth. I should also point out, the third sample is nearly plugged, but more on that below. In the other two cigars, the flavor develops into a mixture of walnuts, burnt coffee and some sweet vanilla. Retroahles aren’t particularly great: mild amounts of pepper, lemon peel, toasty and herbal flavors. The flavor is full, but thin; body is medium-full and strength is medium-plus. Construction on those two cigars is impeccable, though it does seem like the cigar wants to be smoked much quicker than I’d actually like to smoke a cigar.

The largest change for the second third of the Bushido is a much crisper flavor. I feel like I’ve been eating walnuts for the last hour and my mouth is starting to dry out. There’s still no pepper in the mouth, something that would be appreciated by this point. Otherwise, things are similar: a burnt coffee, a sweeter vanilla and, at times, some of the citrus flavor coming down from the retrohales. Blowing smoke out through the nose now features a rye bread core with black tea and creaminess. Flavor is full—still somewhat thin—body is medium-full and strength is nearing medium-full. Construction on the first two cigars remains excellent, the third sample is still a struggle thanks to two very noticeable knots near the band of the cigar.

If you are hoping to read about how much a cigar changed in the final third, I’d recommend moving on to a different review. The Diplomáticos Bushido is not identical to the second third, but it’s a very logical conclusion. A generic earthiness adds itself to the profile, joined upfront by creaminess and burnt coffee. The sweet vanilla that had been with the cigar from the opening puffs has now receded to becoming the creaminess. Retrohales provide a much-needed contrast thanks to some citrus flavors, but it isn’t as strong as it was before. The tea flavor seems to have disappeared, though the pepper sensation is a bit bigger than before. Flavor and body are both full, strength is medium-full.

I first smoked two cigars that were very good, just short of great, and then a third cigar that was nearly plugged. While the scoresheets would be the same regardless of the ordering, I leave the Diplomáticos Bushido with some disappointment, whereas I think that if the order was reversed it might be more optimistic. Even at its best, this isn’t anywhere close to the Edmundo Dantes Conde 109—then again few cigars of the last decade have been—but the Bushido is worth at least some of the fuss it inspired. When everything goes well, it’s a very good cigar, albeit one that is still being sold for more than what you are getting, or at least what I got.