The cigar, which made its global debut during an early October event in Bulgaria, is a 5 x 50 petit piramídes vitola, a size shared with the Partagás Serie P No.1, which was released in 2010 in black ceramic jars. It has also been used for a number of Edición Regional releases. 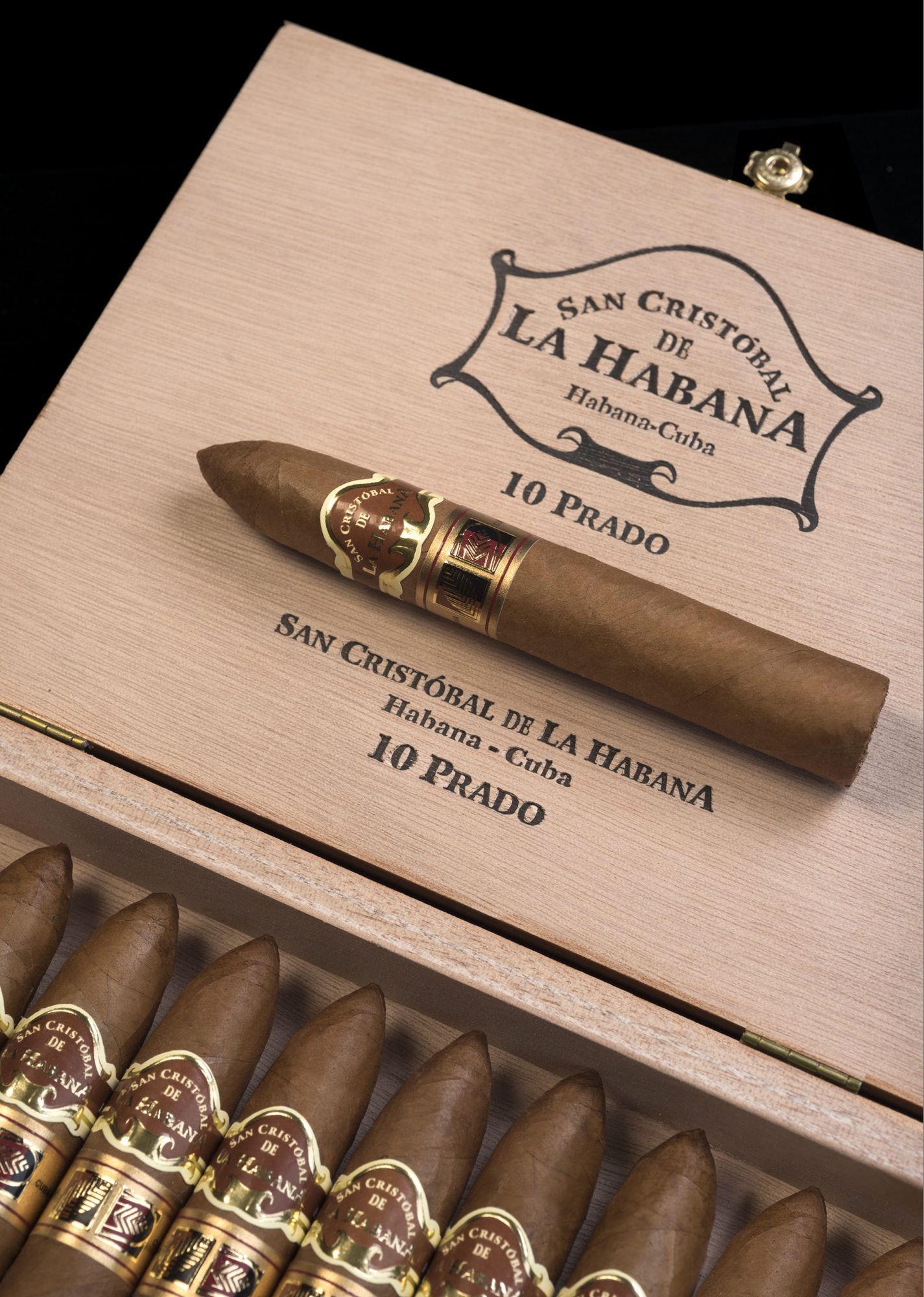 The San Cristóbal brand was launched in 1999 as a tribute to the city of Havana, as the original vitolas in the line were all named for forts that protected the city during its days as a Spanish colony. In the years since the naming inspirations have expanded, as the Prado is named for Paseo del Prado, the well-known street that runs from the city’s center to the Caribbean Sea and is considered the dividing line between Habana Vieja, or the old part of the city, and Centro Habana. It passes in front of the country’s capitol building and Parque Central, as well as numerous hotels, restaurants and bars.

The cigar is being limited to a fairly select group of retailers, as Habanos S.A. has designated it for La Casa del Habanos stores and Habanos Specialist retailers. That latter group is made up of retailers who adhere to the ideals of promoting the culture and prestige of Habanos products, though they do not have to meet certain requirements such as exclusively carrying Cuban cigars, something that is required for LCDHs. While there are just under 150 La Casa del Habano stores around the world, there are estimates of more than 900 Habanos Specialists.