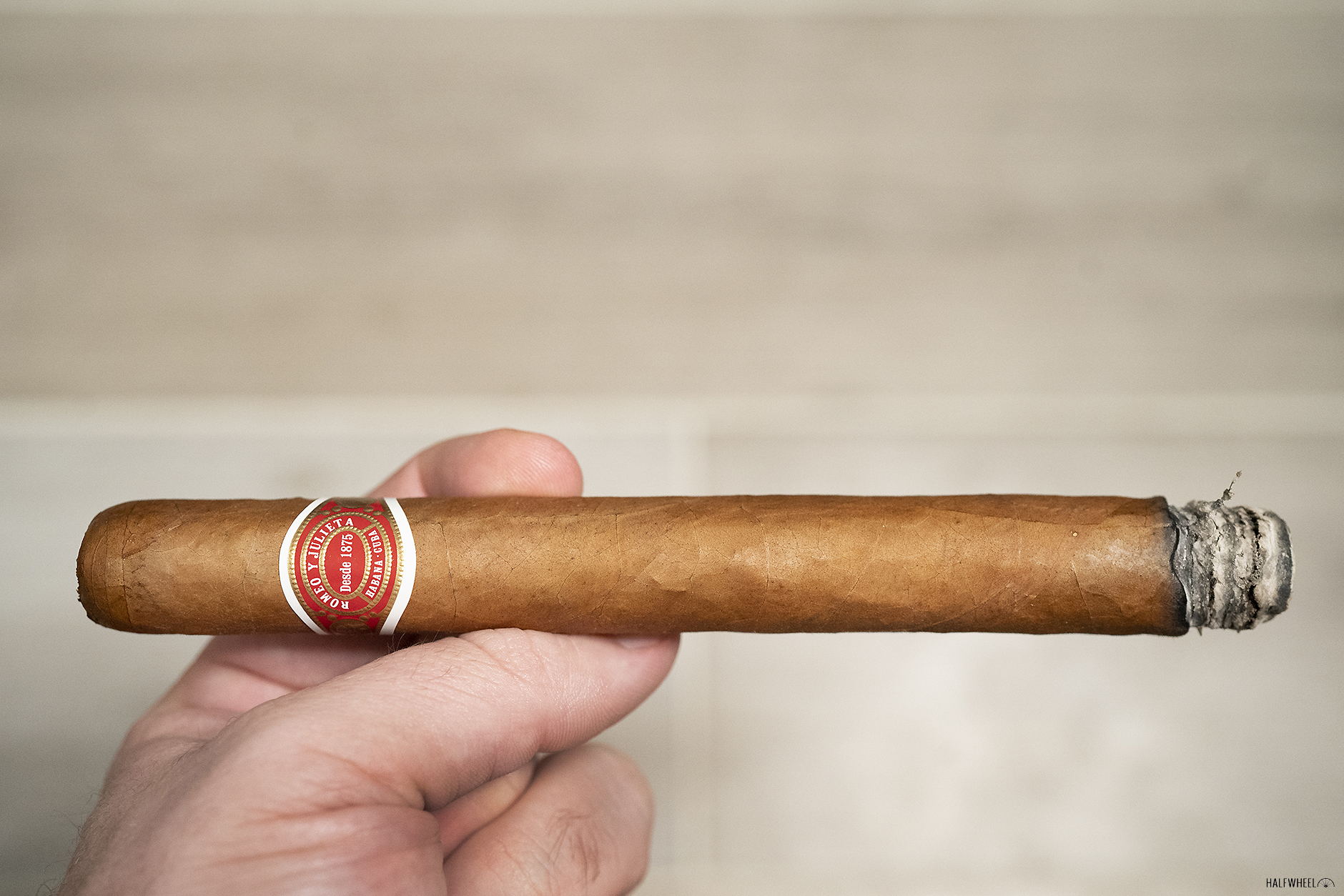 In 2001, Habanos S.A. launched the Colleción Habanos series, which took large-format cigars and packaged them in boîte nature boxes that are designed to look like a book. While it might not get the attention of the Reserva or Gran Reserva series, or even the annual Edición Limitada releases, it’s one of the more limited collections of cigars from the Cuban cigar conglomerate. The first release, the Cuaba Salomónes, was limited to just 300 boxes of 10 cigars, while subsequent releases have topped out at 2,000 boxes of 20 cigars.

In addition to being one of the more limited lines to come off the island, it has also been fairly consistent with its production, even if release dates have strayed from their target. Since 2001, the company has only missed 2014 and 2017 with releases, while 2011 was a sampler of the first 10 releases, with 1,000 boxes of 30 cigars produced, each one containing three of those first ten releases. While they have not yet all been released, there are now 18 cigars that are part of the collection thus far:

As you may have noticed, there is a pattern of the brands that have been released as part of the Colleción Habanos series, and as best as we can tell, that pattern will continue to repeat, meaning the next release should be from the San Cristóbal de la Habana marca, and then Bolívar before possibly getting another sampler and then seemingly starting over again with Cuaba.

In 2016, the 16th volume of the series, it was time for the second release from the Romeo y Julieta marca, and the cigar was aptly named the Romeo y Julieta Fabulosos No.2. It measures 7 1/2 inches (190mm) long with a 52 ring gauge, a double robusto known as the cañonazo No.2. It’s the only time that the size has been used in the Habanos S.A. portfolio. It was also a touch longer than its predecessor, the somewhat confusingly named fabulosos No.6, which measured 7 1/10 inches (180mm) long with a 52 ring gauge, a vitola named cañonazo No.1. It was the first time the vitola was used and has not been used since. Even with having just smoked a giant corona for my other Holy Grail Week review, I’m still taken back a bit by the size of the Romeo y Julieta Fabulosos No.2. There are some vitola names that fit the cigars better than others, at least at first glance and without knowing the exact translation. While cañonazo means gunshot in Spanish, the mental image of a cannon or other weapon with a beefy barrel seems appropriate. The cigar itself is gorgeous, with a tanned, toffee-like color that is even from head to foot. There are some small veins and the seam lines are visible in spots, but I’d say that this leaf was seemingly selected for its physical appearance as much as anything. The leaf doesn’t exhibit any oiliness either to the eyes or fingers, and the cigar is much firmer than I would have expected, showing the kind of density I expect from some Nicaraguan factories rather than the slight sponginess I’ve generally associated with Cuba. The foot has a mild but familiar aroma of slightly sweet cereal, with some even lighter floral aromas as accents. While I don’t pick up much pepper on the initial sniffs, I do get a delayed pepper-like tingle. As usual, I take off as little of the cap as possible, and my first cold draw on both cigars is a bit firm, leading me to think I might have wanted to cut a bit deeper. The head appears to be packed quite firmly so I’m not sure it will make a huge difference, so decide to stick with it for the moment. The flavor here is even milder than the aroma, almost to the point of being neutral. I could make the case for a plain donut or unsalted, dry pretzels, specifically the inner flavor and not that of the outer shell.

It has been a while since I’ve smoked a Cuban Romeo y Julieta, so I’m not quite sure how the first puffs would compare to an off-the-shelf version, but what I get is agreeable enough. It’s a fairly dry profile that has some of the cereal and pretzel flavors but trades the sweetness for light pepper while beginning to develop a bit of earthiness. The texture of the smoke is softer in one cigar, which I prefer as it gives the profile a bit more nuance, allowing more creaminess and sweetness to shine through, almost taking on a profile of a warm, plain muffin. The other cigar has a bit of dry creaminess emerging, the combination of which has me thinking of a cappuccino while it’s around, but the cigar seems focused on getting back to a profile that is driven more by lighter earth. Meanwhile, retrohales have been a slightly milder version of what the taste buds pick up, mirroring the creaminess, earth and pepper and providing either an accent or a lead-in to the flavor, depending on whether you take on before or after a puff. After the first clump of ash drops off, the Romeo y Julieta Fabulosos No.2 adds dry crackers, a small step in the evolution of the flavor. The first third doesn’t veer too far from its starting point, seemingly playing it safe and conservative with very good if not stellar results. The draw is on the firm side as it feels like the tobaccos near the head close up a bit with each draw, yet smoke production and combustion suggest there’s no issue. Flavor is medium, body is medium, and strength is mild.

As the second third gets underway, the thought crosses my mind that I want more from this cigar, given its limited production, rarity and resultant price. Beyond complexity in a general sense, it would seem that there’s room for a bit more sweetness as well as for the earthiness to show more flavors and terroir. As I have that thought, a bit of white pepper appears in the nostrils via a retrohale that suggests the cigar is still evolving. With that pepper, there is just a bit more character from the smoke, particularly when starting with a retrohale and finishing with a regular puff. It’s by no means a drastic change, but it is something. One cigar returns to creaminess, and the result is all the better for it as the flavor gains some depth and complexity while the body of the smoke fills out a bit. That comes in handy when a drying, slightly irritating factor enters the profile, a flavor that starts as wood but takes on flavors of crispy pizza crust or melba toast crackers. After a brief lull, white pepper is back in the retrohales, stimulating my nostrils with a bit more vigor than earlier, backed up by creaminess and building chalk that occasionally makes me think of a powdery peppermint flavor. The draw is still a bit firmer than I would like it to be, but also isn’t causing any problems, which is good. This section wraps up with flavor still an approachable medium, body is medium but feeling thick with the draw, and strength is just creeping into medium territory. There has been little—if really anything—to complain about from the Romeo y Julieta Fabulosos No.2 as it gets into its final third. While not the most complex flavor profile to this point it has been balanced and generally very easy on the palate, avoiding harshness while still being stimulating. A bit of melted vanilla ice cream joins the profile in this section, a change that seems to nudge out a bit of the earthiness, though as that flavor comes and goes, it is replaced by a dry, mouth-tingling earthiness. The final inches introduce a new graham cracker flavor that introduces some sweetness, the first I’ve tasted thus far. Meanwhile, the retrohales pick up cedar and a light campfire aroma, giving it a slightly sweet, slightly smoky combination that is a welcomed progression. There is also a bit of creaminess joining in the final inch or two, and the cigar takes on a bit of a pastry profile for its final puffs, a change that indicates that most if not all of the pepper has departed the profile. The Colleción Habanos is a line best known for two things: the large vitolas used for the releases and the distinctive book designs of the boxes. To the best of my knowledge, there is no statement about the tobaccos used, beyond that they are said to draw on the best tobaccos from the Vuelta Abajo plantations of Pinar del Río. While the premium price and limited quantities would imply that the cigars would be very good, it still leaves a good amount of vagueness as to how well they actually perform. In the case of the Romeo y Julieta Fabulosos No.2, the cigar showed a remarkably good balance of its flavors, something I’m guessing to have been enhanced by a bit of time since their rolling and release. It’s not the most complex set of flavors, though I’d have a hard time finding fault with what it does offer: an enjoyable mix of light earth, varied pepper and creaminess, with minor flavors of woods, vanilla, graham cracker and campfire. Overall, this is a very good cigar executed quite well in a large format, and while I thoroughly enjoyed both samples—three-plus hour smoking time notwithstanding—it remains a cigar I’m glad to have enjoyed but one I’d be hesitant to pay much of a premium for should I find myself wanting another one.