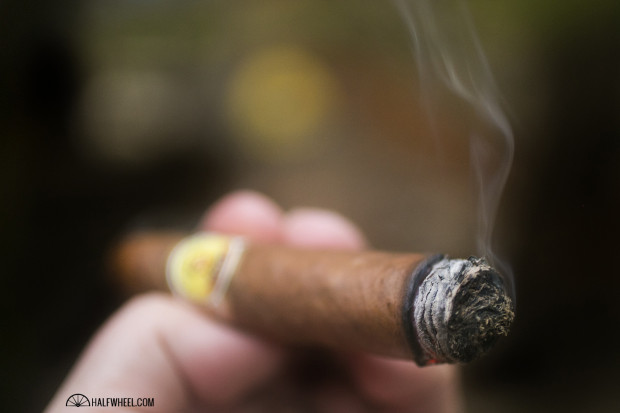 In 2001, Habanas S.A. announced the first in what would become a yearly series of releases called the Colección Habanos Series. Each release is contained within a box that is shaped to look like a book, with each book containing 10, 20 or 30 cigars, depending on the year of release. While most years constituted boxes of 20, the inaugural release was in 10-count boxes, while the 2011 release was a 30-count box containing three of each of the preceding releases.

The Bolívar brand was chosen for the 2010 release of the Colección Habanos Series, and the cigar was named the Bolívar Gran Belicoso, a 7 1/8 x 54 gran belicoso. Limited to just 20,000 total cigars, they were sold exclusively at Habanos S.A. licensed franchises stores called La Casa de Habano stores world wide.

The press release has additional details:

This tenth volume is dedicated to the Bolivar brand, and contains 20 Gran Belicoso, a vitola made in a very special way for the occasion by a select group of experienced Cuban cigar rollers who work at one of the most emblematic cigar factories of Cuba: Partagás.

Only 1,000 units of this case have been made for exclusive worldwide distribution through the franchise network “La Casa del Habano”.The figurado format of Gran Belicoso in this Habanos Collection deeply connects with the tradition of the brand. Today, the normal Bolívar range of sizes includes the Belicoso Finos, a Habano figurado that is one of its most representative examples.

With a blend that has carefully taken into consideration the complexity of richness that characterizes this brand flavour, these 20 Gran Belicoso are ideal for the most special moments of enjoyment and full delight. Like the rest of the range of sizes of this brand, all these Habanos have been made totally by hand with selected leaves from Vuelta Abajo plantations, the best tobacco region in Cuba, located in the province of Pinar del Rio.

Including the Bolívar Gran Belicoso, there have now been 12 different cigars released under the Colección Habanos Series, with a rerelease of the first 10 cigars in the series in one box in 2011. 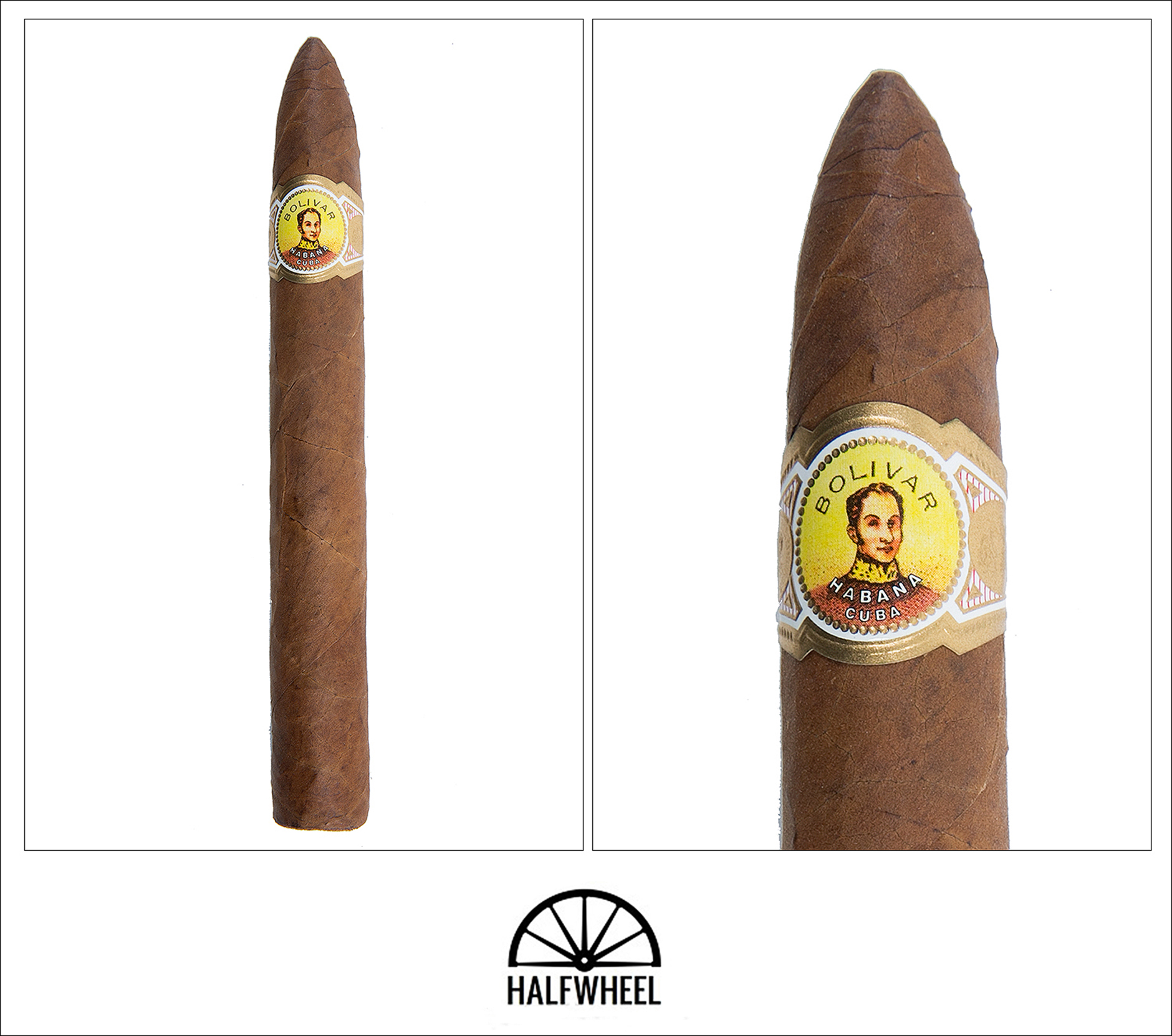 The Bolívar Gran Belicoso is a gorgeous looking cigar, covered in a cinnamon brown wrapper that is fairly smooth to the touch, but lacking any obvious oil at all. There are quite a few veins running up and down the length, and the weight of the cigar makes it feel more dense than I expected, even for such a large vitola. There is an appropriate amount of give when it is squeezed, and the aroma from the wrapper is a combination of sweet nuts, cedar, earth and leather.

Right after toasting the foot of the Bolívar Gran Belicoso, I am greeted with a multitude of competing flavors: sweet vanilla, creamy peanuts and leather, nutmeg, oak and light coffee. There is just a hint of white pepper on the retrohale, but it combines nicely with the other notes in the profile at this point, and the sweetness coats the palate nicely. Construction-wise, the draw is a bit tight for my tastes, but easily within normal limits and the burn is excellent so far. There is less smoke production than I expected for such a large vitola, and the strength hits a point about halfway between mild and medium by the end of the first third. While the flavors remained pretty much the same at the beginning of the second third, there is a major shift in almost every aspect of the profile starting around the halfway point of the Bolívar Gran Belicoso. The sweetness that is present not only gains strength, but also morphs into a wonderful caramel note, while the dominant flavor changes to a wonderful Café au lait note that combines well with other flavors of leather, creamy nuts and oak. Another change is the amount of white pepper on the retrohale, which has increased noticeably, but the smoke production remains well below average. The draw is still a little constricted, but the burn continues to impress, and the strength easily hits the medium mark, although it does not seem to be getting much stronger. 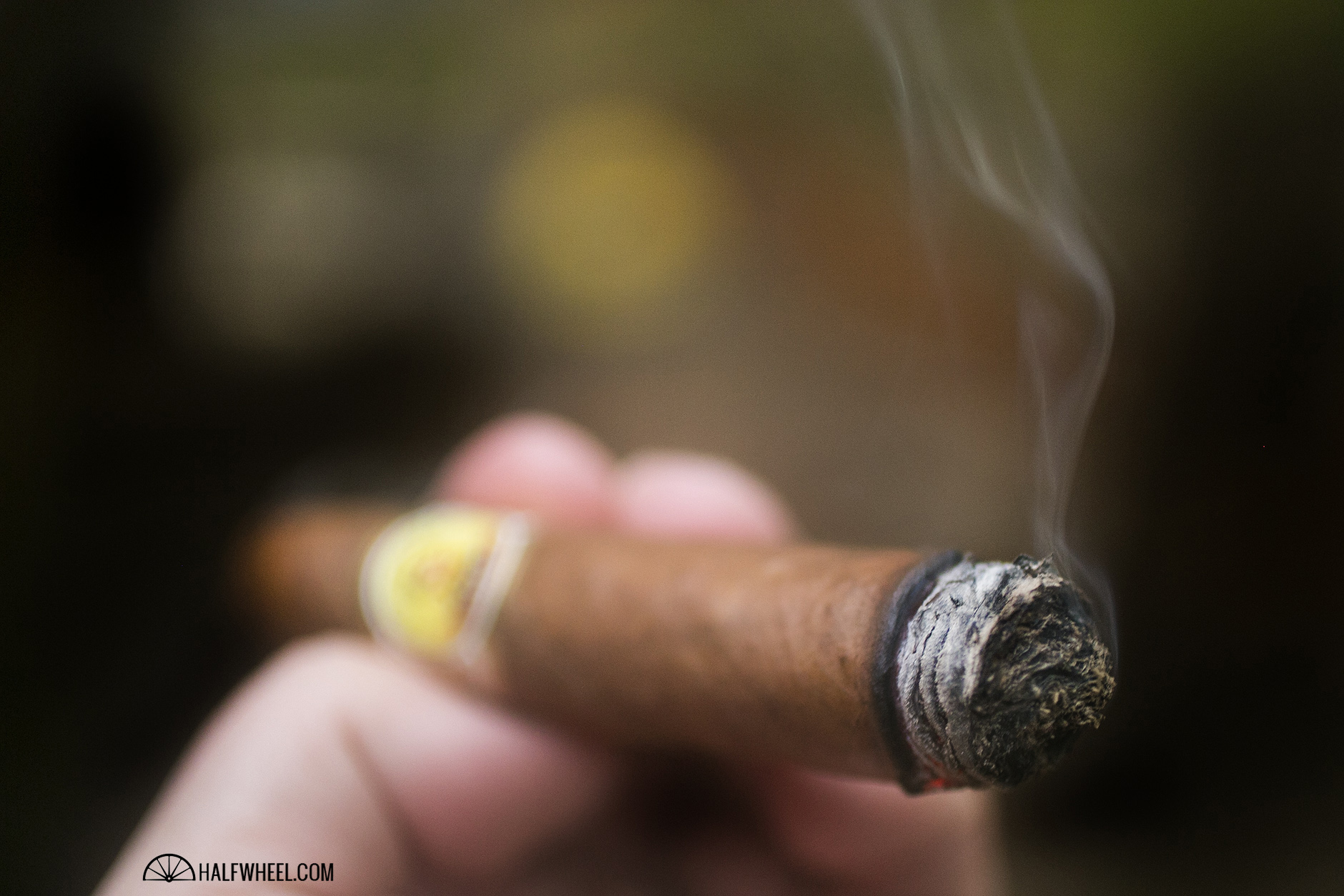 The final third of the Bolívar Gran Belicoso features flavors from both the preceding thirds: creamy nuts, Café au lait, leather, vanilla and oak, with no one flavor very dominant over the others. The caramel sweetness remains pretty much in evidence, although I also notice an interesting peppermint note that is all too fleeting. The white pepper on the retrohale has calmed down significantly, although it is still strong enough to notice, but the smoke production has still not increased. Overall strength stalls out at a solid medium, while the construction remains a carbon copy of the first two thirds: excellent burn and a slightly too tight draw. From the first few puffs, everything about this cigar clicked for me. While quite a bit larger than my usual smoke, the blend is perfectly suited for it, and the profile constantly morphed on me, never letting me come close to getting bored. At times overly sweet and creamy, at other times dense and rich, the profile of the Bolívar Gran Belicoso shifts so drastically around the halfway point that it is almost like you are smoking two different cigars. Extremely well balanced, extremely smooth, extremely rich and just all around an extremely great smoke. Well worth the price of admission.