As we have covered numerous times before, the Edición Regional program was born in 2005, with a quartet of cigars released, the Punch Superfinos and Ramón Allones Selección Suprema for Italy and the Punch Robusto and Ramón Allones Eminencia for Switzerland. It is a series that would quickly grow and see non-regular production vitolas added to marcas with distribution limited to a certain country or region.

Yet for those first years, one place didn’t have its own cigar: Cuba.

That would change in 2009 with the highly sought after La Gloria Cubana Deliciosos, a release offered in a decorative ceramic jar and limited to just 2,000 jars, a supply that would get quickly depleted locally and then begin appearing on secondary markets and auction sites for multiples of its original retail price.

Since that time, the island has received a handful of additional Ediciónes Regional, including this cigar, the Punch La Isla, which comes with a name that means simply The Island. 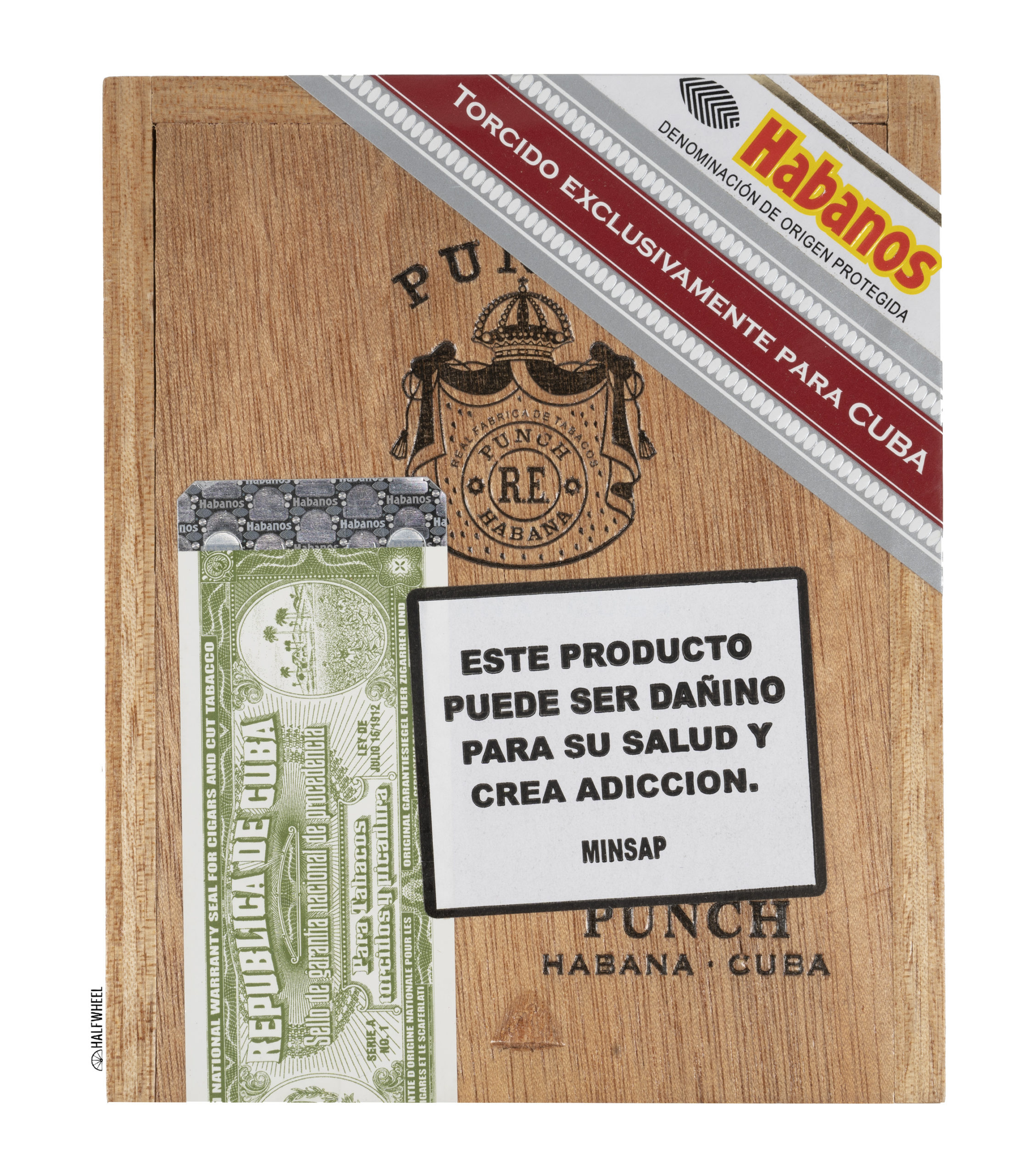 The La Isla comes in one of the most notable vitolas, the robusto vitola that measures 4 7/8 inches (124mm) long with a 50 ring gauge.

The Punch La Isla would become the fifth Edición Regional for Cuba, with the sixth released just a year later:

A total of 10,000 boxes of 10 cigars were released, the largest release for a Cuban Edición Regional at the time and now tied by the San Cristóbal. The Punch La Isla wears a lightly tanned wrapper that is pretty typical of what one would expect to see on a Cuban cigar, complete with the puckered veins that look a bit like an uneven seam on an article of clothing. It’s not the prettiest, but it works. The three samples are rolled firmly and in a manner that generates a bit of topography, meaning a few bumps and dips but certainly acceptable. One cap seems a bit flatter than normal, though not as much as an intentional flat cap, with the others bringing the average back to normal. The foot of the cigar has an aroma between those of graham crackers and animal cookies, as well as some baking spices, lumber and just a bit of cedar, while pepper is very minimal. Air movement is good on the cold draw, a touch loose on one sample, a touch firm on another and yet a tick firmer on the third. Flavors are very similar to the aroma, though the graham cracker isn’t quite as sweet or prominent, and while the wood is more of a contributor the profile isn’t as dry as I might expect.

The first puffs of the Punch La Isla are peppery both on the palate and through the nose, a mix of black and white pepper wrapped in a bit of creaminess that softens the impact while creating a good amount of body. It’s not long into the cigar, which seems to be burning fairly slowly, that the familiar Cuban twang comes out, enjoyable to a point though it doesn’t respond well to back-to-back puffs. It’s a very enjoyable, if not dynamic profile through the first third, but given the relative youth of the cigars I’m satisfied by what it’s offering. Pepper begins to back off as the second third approaches, clearing the way for a bit more creaminess which I find to be very palate-friendly. I wasn’t keeping track, but I believe that the ash on two of the three cigars fell off unexpectedly and while it still doesn’t feel like it’s burning quickly, the fall of that ash makes the cigar look much shorter and that I should start taking off the bands. Flavor and body are both medium-full if not full, while strength is medium-plus. The draw, burn line and smoke production are all very good, though the cigar doesn’t burn terribly quickly.

The profile of the Punch La Isla has a tendency to dry out just a bit at the start of the second third, seemingly attributable to the departure of the creaminess I was enjoying not that long ago. One cigar holds onto a fairly full body and is arguably the fullest the cigar has been—or will get to when looking at it in retrospect. The texture of the smoke has begun to change from creamy to powdery, more like what I’d expect by sampling the actual baking spices that are still contributing to the profile, though even they are a bit more muted now, and it seems pepper has almost completely left the stage. The back half of the second third sees the profile begin to get a bit rough, a mix of black pepper and some general harshness that would seemingly indicate some younger tobacco. Draw, combustion and smoke production are still very good, while the cigar sits around medium-plus in flavor intensity and body, with strength approaching that mark as well. 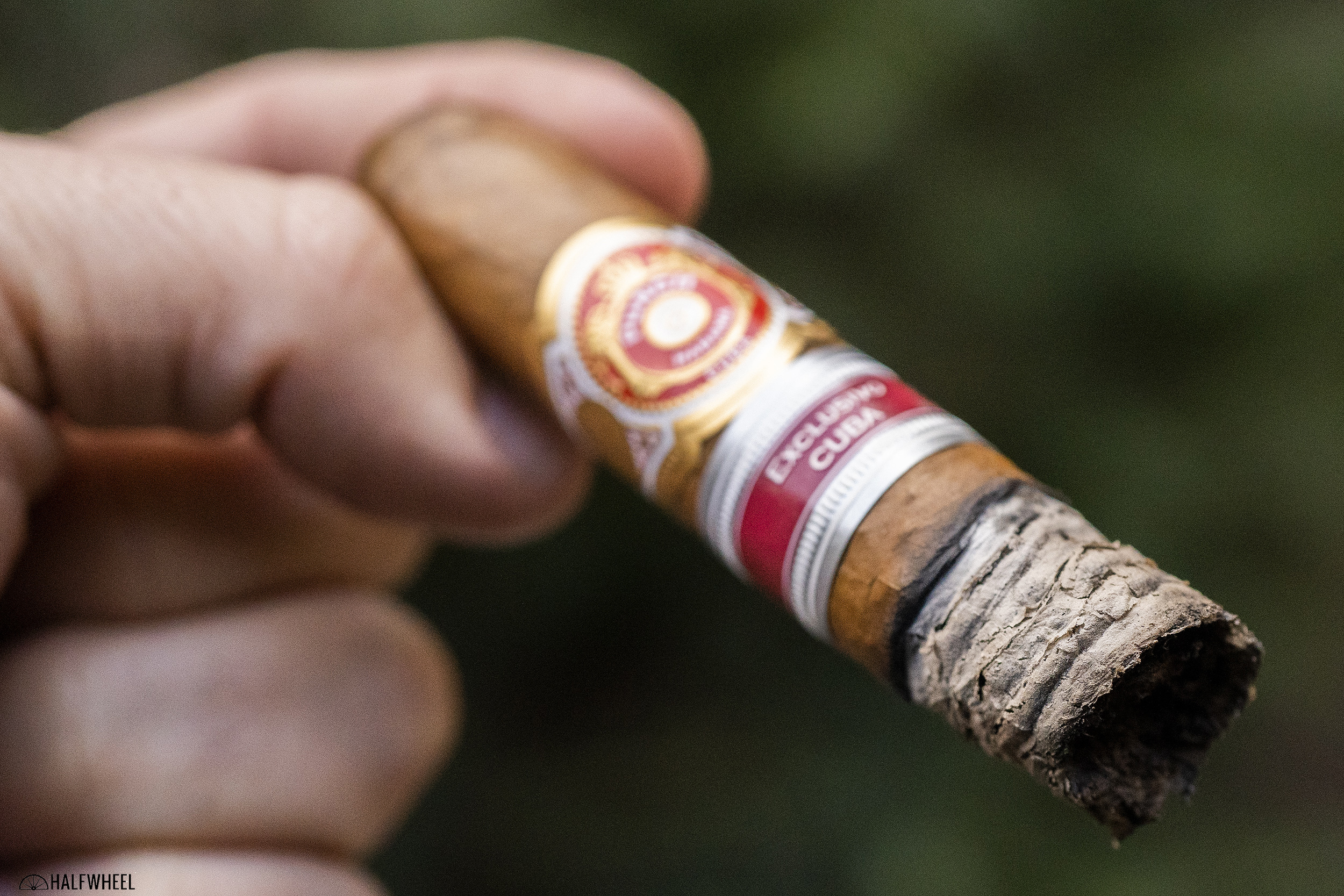 The final third starts with a bit more of the harshness that developed at the end of the second third, something I feel starting to scratch the back of my throat before biting the tip of my tongue. Even with that, the Punch La Isla is still fairly enjoyable as the smoke is thick and chewy with touches of firewood and thick breads, accented by a subtle pepper for the senses. The final inch or so brings about a return of some of the creaminess as well as an uptick in white pepper, resulting in a building of the flavor and aroma intensity, with the body building up to deliver the same kind of experience from peaty Scotches, though the flavor profile is quite different. The technical performance is still very good and even though the flavor feels like it still has some development to undergo, I don’t put any of the three samples down feeling disappointed. 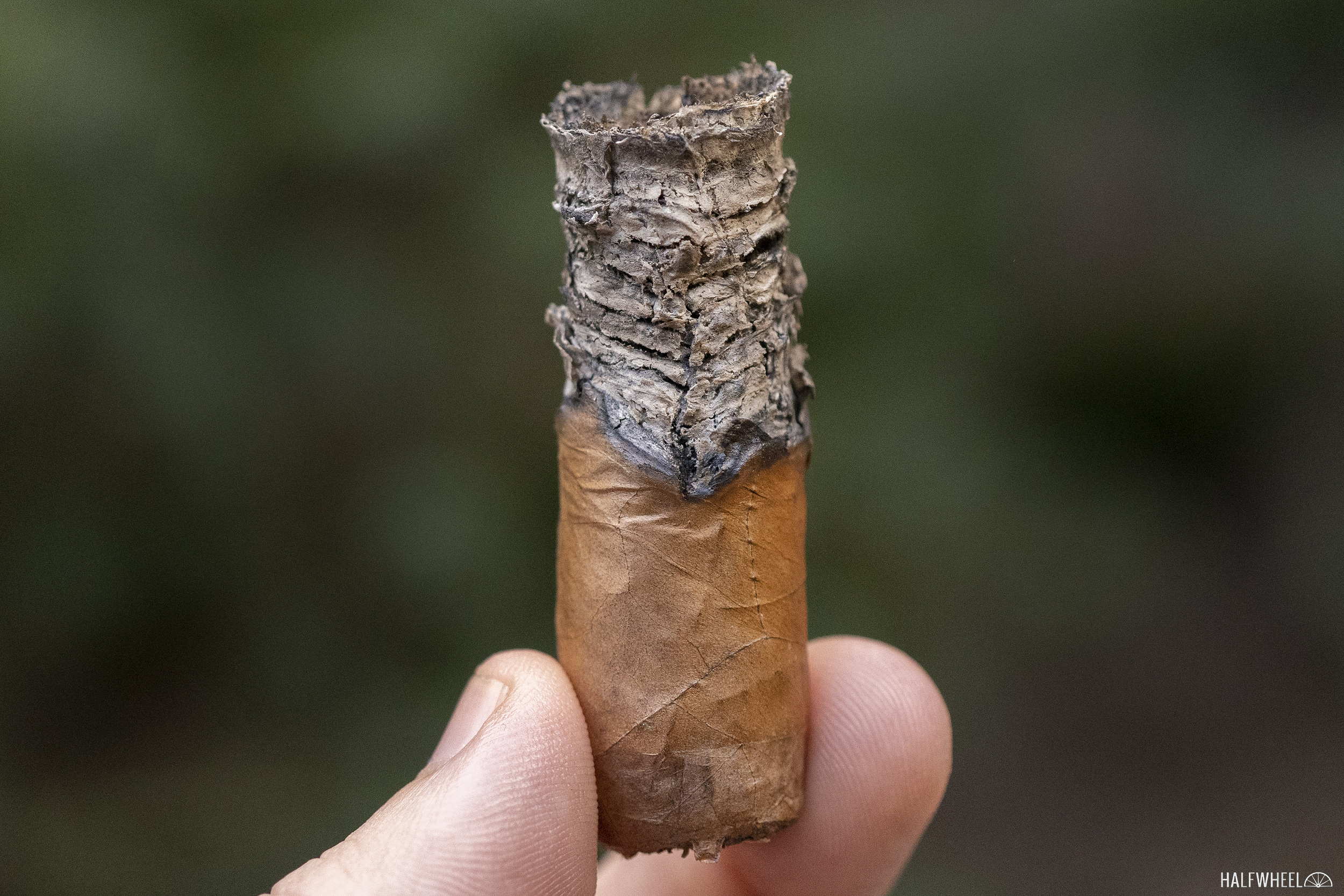 Much like has been written about with fairly new Cuban cigars, the Punch La Isla still has some work ahead of it before it will become the cigar that it seemingly could develop into. That said, it is very enjoyable right now, sitting squarely medium-plus to medium-full and offering a fairly problem-free smoking experience, something I am always happy to report. The cigar starts off with plenty of flavor and doesn't deviate too far from that, and while there are some rough spots in the second half, if smoked without a critical eye and potentially with the right beverage, they will disappear into the background and allow this to offer plenty to savor. If you're one to have favorable memories of visits to the island, as I am, it also helps to recall those, especially in a time when we are being generally restricted to our homes.