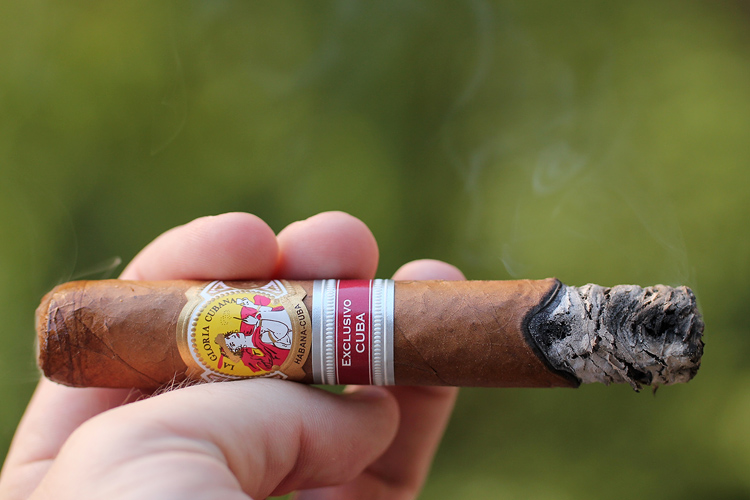 Launched in 2005 as a way to bring certain marcas into different regions of the world, Habanos S.A.’s Edición Regional program finally produced a cigar for its home country in 2010, as the La Gloria Cubana Deliciosos Edición Regional Cuba was released at the Habanos Festival in February of that year.

Available for purchase only on the island, it quickly became a sought-after collectible by Cuban cigar fans both for its relative difficulty to obtain, plus the fact it was the first cigar to bear a secondary band reading “Exclusivo Cuba,” a simple pair of words that likely added untold amounts of fervor. Add to all of that the absolutely gorgeous ceramic jar that the cigars came packaged in, and it was an instant hit. There is no overlooking the irony that this cigar really wasn’t for Cubans, however, as few locals would be able to afford the cigars.

In my mind, this was the perfect cigar: small ring gauge, a lucky find at a gorgeous hotel in Havana, limited production, gorgeous packaging, etc. Then I lit one up and all those thoughts went out the window. Would I buy it again? Absolutely. If subjectivity and sentimentality factored into our scores, this would get a lot higher of a score because of where I bought it, my good fortune in even finding it, and the fact that the jar is a gorgeous piece of art – but the fact of the matter is that the La Gloria Cubana Deliciosos has a long way to go before becoming an objectively great cigar.

The La Gloria Cubana Deliciosos has about as standard of an appearance as you’ll find in a Cuban cigar — a caramel brown wrapper with some veins and a nice triple cap. The pre-light aroma is really alive on this cigar, showing some sweetness and spice all carried on a dry note of wood and what seems to be a cardboard-like note. The cold draw is easy and repeats the sweetness without any of the other notes found in the aroma.

A surprising amount of smoke starts off the first third of the cigar, much more flavor-packed than I remember it being, carrying a decent amount of medium-intensity spice in a smoke texture that feels like it has been dusted with flour. That flavor settles down after about an inch, with the first clump of ash falling off shortly after. Towards the midpoint, the Cuban twang starts to emerge from the background, adding a different bit of character and keeping the La Gloria Cubana Deliciosos from being just a one-trick cigar. Much as the cigars in the original review did, the pepper picks up ever so slightly in the second half, though now it seems geared more towards baking spices as outright pepper. The net result is a flavor that has become medium-plus, more due to its complexity than it outright strength. The final inches see the spice turn into a bit of a charred note which dries out the mouth just a bit.

Despite some burn line issues in the first inch, there were no technical issues in this cigar: it burned well, produced plenty of smoke and only needed a single touch-up. The flavor progression that the La Gloria Cubana Deliciosos now shows are so much better than the ones it showed back in February. While they are similar, they are much cleaner and have abandoned the harshness and youth that really soured my first experience.

Looking back over my notes from the original review, the sourness and bitterness that I found had disappeared, and what were momentary bits of real flavor now dominated the La Gloria Cubana Deliciosos Edición Regional Cuba. The smoke seems to have thickened up just a bit, and as such carries a much improved set of flavors with it. It's certainly not a flavor or pepper bomb in any sense of the imagination, rather settling in at a very comfortable medium body and flavor intensity. In the eight months or so since I last smoked these, this cigar has taken significant steps in the right direction, showing how time and rest can really benefit certain cigars. Does it still have a ways to go? Only time will tell, but given what the past months have added, I'm definitely hopeful there is more to come out of these.