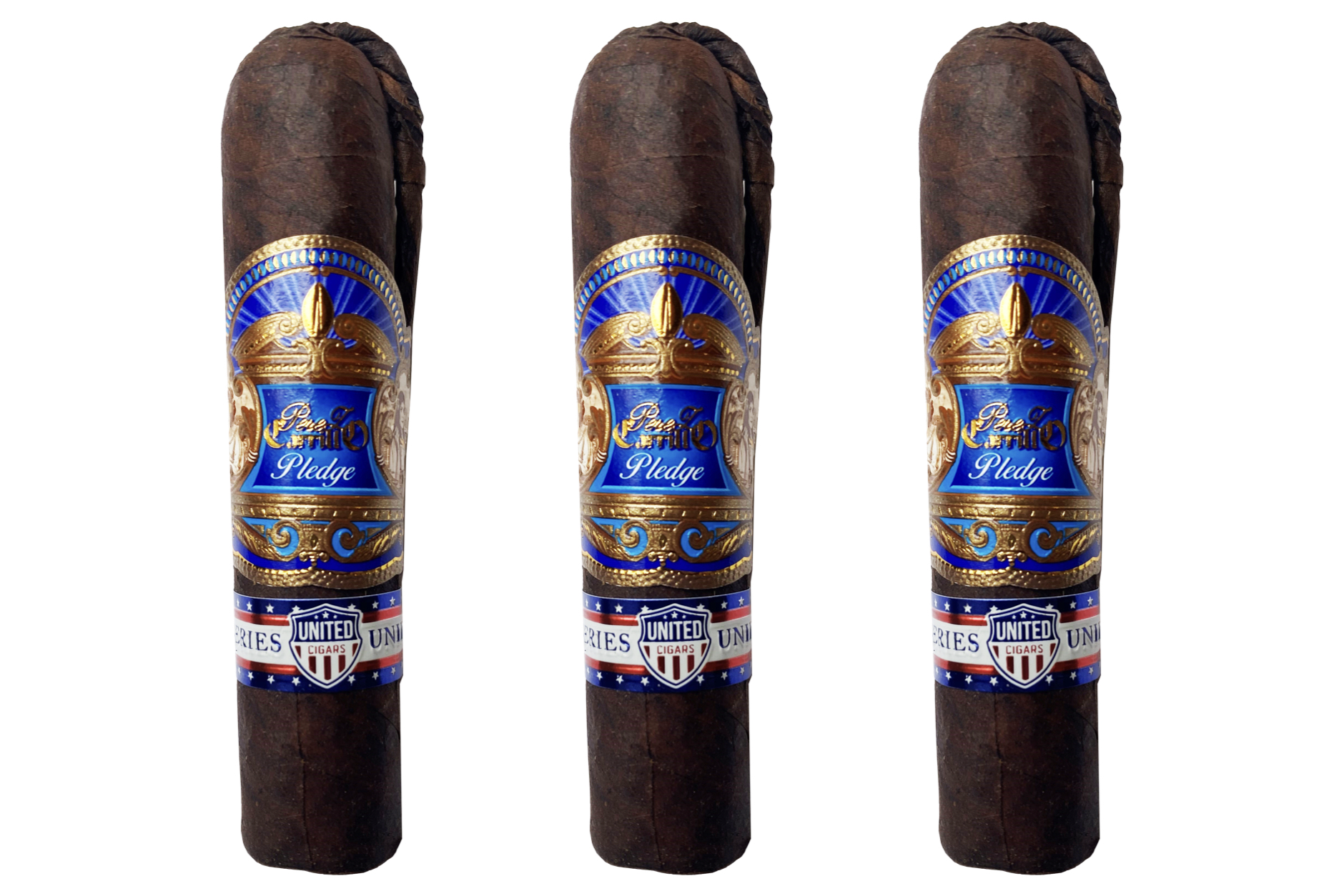 The next cigar in the Firecracker Series will be the Perez-Carrillo Pledge.

United Cigars has announced that the Perez-Carrillo Pledge Firecracker will go on sale this June, keeping with the series theme of being on sale before the July 4 holiday. Like the rest of the Pledge line, it uses a habano-seed wrapper grown in Connecticut over an Ecuadorian binder and fillers from Nicaragua.

It will come in the Firecracker vitola, a 3 1/2 x 50 parejo with a long pigtail made to mimic the fuse of a firework.

“Our Pledge is a fantastic blend for the United Firecracker collaboration,” said Ernesto Perez-Carrillo Jr., founder of E.P. Carrillo, in a press release. “We have seen the United Firecracker and their limited releases grow in the marketplace so when we first discussed the project, we all knew it would perfect.”

Like the rest of the Firecracker cigars, it will be sold by United Cigars to stores nationwide, though the roots of the line date back to 2007 and Two Guys Smoke Shop, a New Hampshire-based chain of retailers owned by Dave Garafalo, who also owns United. The Firecracker cigars are typically a 3 1/2 x 50 petit robusto that feature a long pigtail. Over the years, various manufacturers have made Firecracker Series including Dunbarton Tobacco & Trust, El Artista, Fratello, Kristoff, La Flor Dominicana, My Father, Perdomo, RoMa Craft Tobac, Selected Tobacco and Tatuaje.