The hot summer days surrounding the Fourth of July are long past, seeing us closer to New Year’s Eve fireworks than the ones that accompany the patriotic holiday. Fireworks though are the theme that Two Guys Smoke Shop celebrates each year around the Fourth, with the release of a short cigar by a variety of manufacturers all called Firecracker. This year Fratello took the reins with its version of the Firecracker, but last year it was RoMa Craft Tobac’s turn. It used the CroMagnon blend which they fit in the diminutive Firecracker size and released it for the 2016 summer holiday.

I was looking through my humidor and realized it had been a little over a year since I smoked the CroMagnon Firecracker, and I wanted to revisit it to see what some rest had done.

Here’s what I originally said about it:

Little short cigars like this are always somewhat hard for me to judge when even a smaller section is less than ideal, since that small section translates into a much larger percentage than say a Churchill or even a robusto. With the harshness that started out the CroMagnon Firecracker, I was a little hesitant that it was going to mar my experience too much. Luckily, it fairly quickly turned itself around, and while there was still a lot of pepper throughout the cigar, the harshness faded and the pepper waned, allowing some other interesting and enjoyable flavors to shine through. The burn and draw were both great, with only very minor complaints with each. At a very reasonable price per cigar, even undercutting the smaller petit corona Pestera Muierilor, the CroMagnon Firecracker is a great value and good cigar. Unfortunately these are long sold out, so your only hope is to find these on the secondary market or to see these come back for a second release. As I previously stated though, it wouldn’t surprise me if we see these come back—and when they do—I’d definitely jump on them. 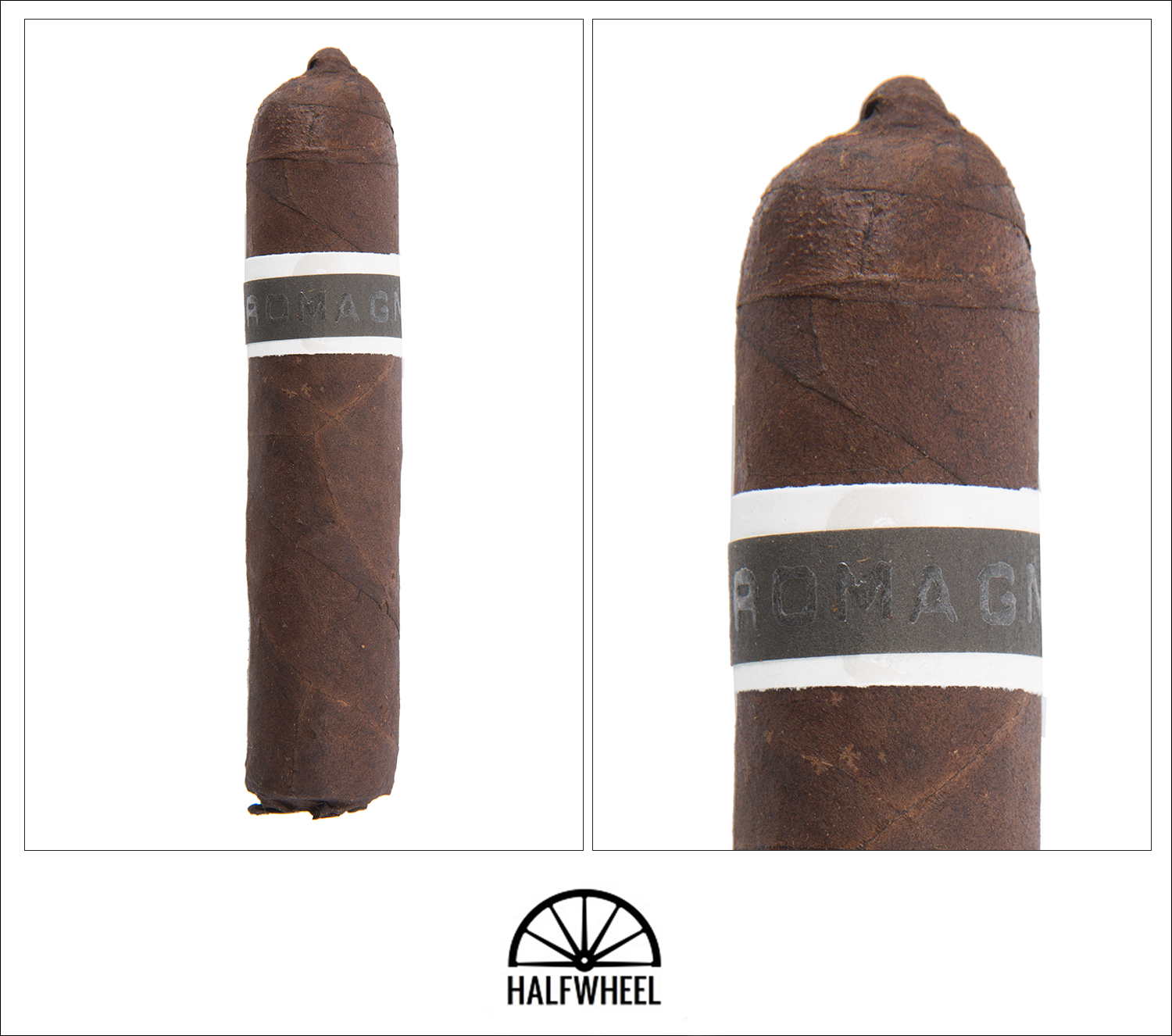 The CroMagnon Firecracker is a neat little cigar, with the fuse-style pigtail cap, a dark wrapper and the embossed black on white CroMagnon band. The slightly rough and oily wrapper still feels nice to the touch, with a slightly more firm give to the cigar than before. An earthy aroma comes off the wrapper with leather, hay and a hint of vanilla. Though the cold draw features much of the same earth and hay, vanilla a chocolate are much more prominent, giving the cold draw a sweetness that the wrapper aroma was lacking. Starting into the Firecracker, I’m still greeted with a blast of black pepper, along with hay, earth, cocoa and a hint of sweetness. While the pepper is still just as strong a note, the harshness that permeated the profile before seems to be thankfully nonexistent this time. The black pepper starts to die down fairly quickly, allowing hay, leather and cocoa to join it up front, while earth, some wood notes and a hint of dark cherries to follow in the background. Moving into the second third there isn’t too much change with the pepper continuing to see a reduced roll, allowing a sweetness and the fruity cherry note to become more distinguishable. As I shift into the final third everything has stayed at around the same levels, without any more reduction of the pepper, or any increase in the sweetness – which honestly works well with the earth and cocoa, keeping everything in balance.

Covered feet on cigars always seem to want to give me trouble getting one part fully lit, but the CroMagnon Firecracker lights up evenly right away. The draw is within ideal ranges and there is plenty of smoke production from this little cigar. The first third sees a fairly even burn line, but moving into the second third one section does lag slightly behind, needing a little help to get back on track. The ash holds on easily to around the inch mark, which on a cigar this size means it only really needs ashed two times before its finished. It doesn’t give me any trouble, keeping an even burn until the end.

While I don’t think a year’s rest has done anything to phenomenally change the CroMagnon Firecracker’s profile, the harshness that the cigar started out with before was completely gone - and that is certainly good news. Other than that, I found the Firecracker much the same, with an enjoyable profile and fairly consistent construction, which combine to make a good, little cigar. The CroMagnon blend was certainly a good addition to the Firecracker series, and hopefully we’ll see the return of these for another Fourth of July celebration.