With the Independence Day holiday just in the rearview mirror, it seemed fitting to revisit a cigar I lit up just prior to last year’s July 4th celebrations, the Fratello Firecracker.

If there’s one entity in the cigar industry that seems to have the firmest grasp on cigars for this particular holiday, it’s Two Guys Smoke Shop in New Hampshire. For the past several years, the retailer has commissioned petit robustos from several top manufacturers, each designed to be a bit stronger than normal and that come bearing an extended pigtail cap, often referred to as a fuse cap. It’s a list that includes La Flor Dominicana, My Father, RoMa Craft Tobac, Dunbarton Tobacco & Trust, Tabacalera Leyensa Cubanas and in 2017, Fratello.

When the cigar was announced, it was referred to by Omar de Frias of Fratello as a “ramped up version” of the original Fratello blend, which uses a Nicaraguan habano wrapper, Ecuadorian Sumatra binder and fillers from Nicaragua and Peru, all packed into a 3 1/2 x 50 vitola.

Here’s what I said about the Fratello Firecracker when I reviewed it in July 2017:

The original Fratello blend has always sat well with my palate, and the expression of it in the Firecracker vitola is no exception. As I noted, it is a bit on the short side, and I can’t say that the blend needed any additional strength to be enjoyable, but it does seem to be able to support the stronger second half. For an affordable, hour-long smoke that is flavorful and has a decent amount of strength, the Fratello Firecracker certainly fits the bill. 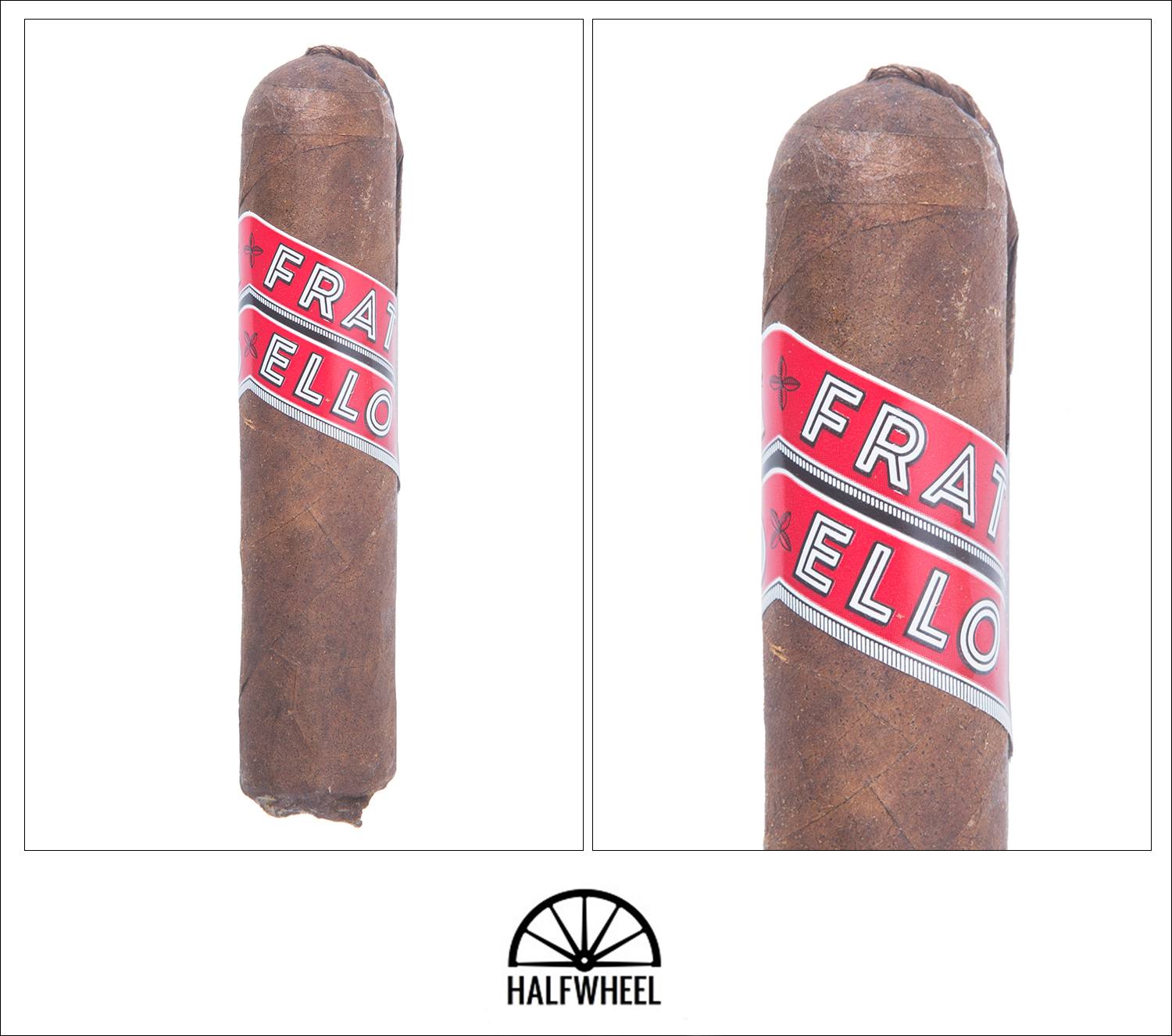 The Fratello Firecracker looks much as I remember it, albeit with a slightly more red tint to the wrapper. The short, stout cigar is different enough from what else is on the market that it’s immediately eye-catching while the fuse cap only adds to its visual intrigue. I had forgotten that this cigar also had a covered foot, which in this case is tightly wrapped but also appears to be done with the help of some goma, and the roller left behind plenty of signs of their work by way of dried glue marks. The cigar has a firm, even roll consistency, with just a bit of give revealing a solid core. The cap is well applied, with the fuse making the head a touch more pointed than traditional cap styles, though once cut the difference is no longer noticeable. One spot where it is noticeable is with the band, which is now loose enough to freely slide up and down the cigar; had it not been for the need of a picture, it would have been dispatched well before lighting. The covered foot offers a subtle aroma that has a bit of a dry, generic wood smell, along with dried salami, warm mixed nuts, and a bit of table pepper. The cold draw shows a bit of resistance, with a profile that is much more the dry salami note, albeit very mild. There’s no pepper to be found here, but a bit of oily sweetness appears on the finish.

The first puffs of the Fratello Firecracker are an interesting combination that I can’t quite place; I can’t seem to shake the salami note that the cigar has put into my head, as I get a bit of the fats and oils that you’d find there, but the other half of the profile is more robust, offering a bit of earth, firewood and a steadily increasing amount of pepper. While they’re not diametrically opposed out of the gate, they don’t seem to be quite yet working in tandem. The two sides come together just as the first clump of ash is ready to drop, and it’s the salami note that seems to fall as well, as it has largely been pushed out of the profile by the more traditional cigar flavors. With the burn line approaching the midway point, the cigar has also developed a bit of sweetness in the profile, and while I don’t get it through the nose on retrohales, it wafts up into my nose from the smoke after a puff. The cigar has burned quite well, and not quite as quickly as I remember or would have expected. Once the cigar got the flavors of its opening puffs sorted out, it has managed to stay pretty much on course without too much deviation in terms of profile or strength. Pepper seems to vary a bit past the midway point, but never so much as to drastically alter the strength level or even call my attention to any change. The final third is where the Fratello Firecracker does a bit of a pivot, as the fleeting sweetness I picked up earlier is now back, registering somewhat as a thick banana distillation at first, though that seems to short sell the complexity it has. Even when burning down to a tiny nub, the cigar holds its flavor quite well, never turning hot, harsh or bitter, finally wrapping things up after 90 minutes of very pleasurable smoking.

There are two main things that surprised me about the Fratello Firecracker after revisiting it a year after first smoking it: first, that I was able to get 90 minutes of smoking time out of it without conscientiously trying, and that it seems to have shed most of whatever made it a "ramped up" version when it was new. The result is a slow-burning, oily, complex and very enjoyable cigar that now shows an interesting sweetness I certainly don't recall from the original. While it would be easy simply to commission a line of July 4th-themed cigars, it's another thing to make them as enjoyable as the Fratello Firecracker was both when new and now after a year of rest. There's a reason these cigars sell so well, and a revisit to the 2017 installment in the series shows exactly why.