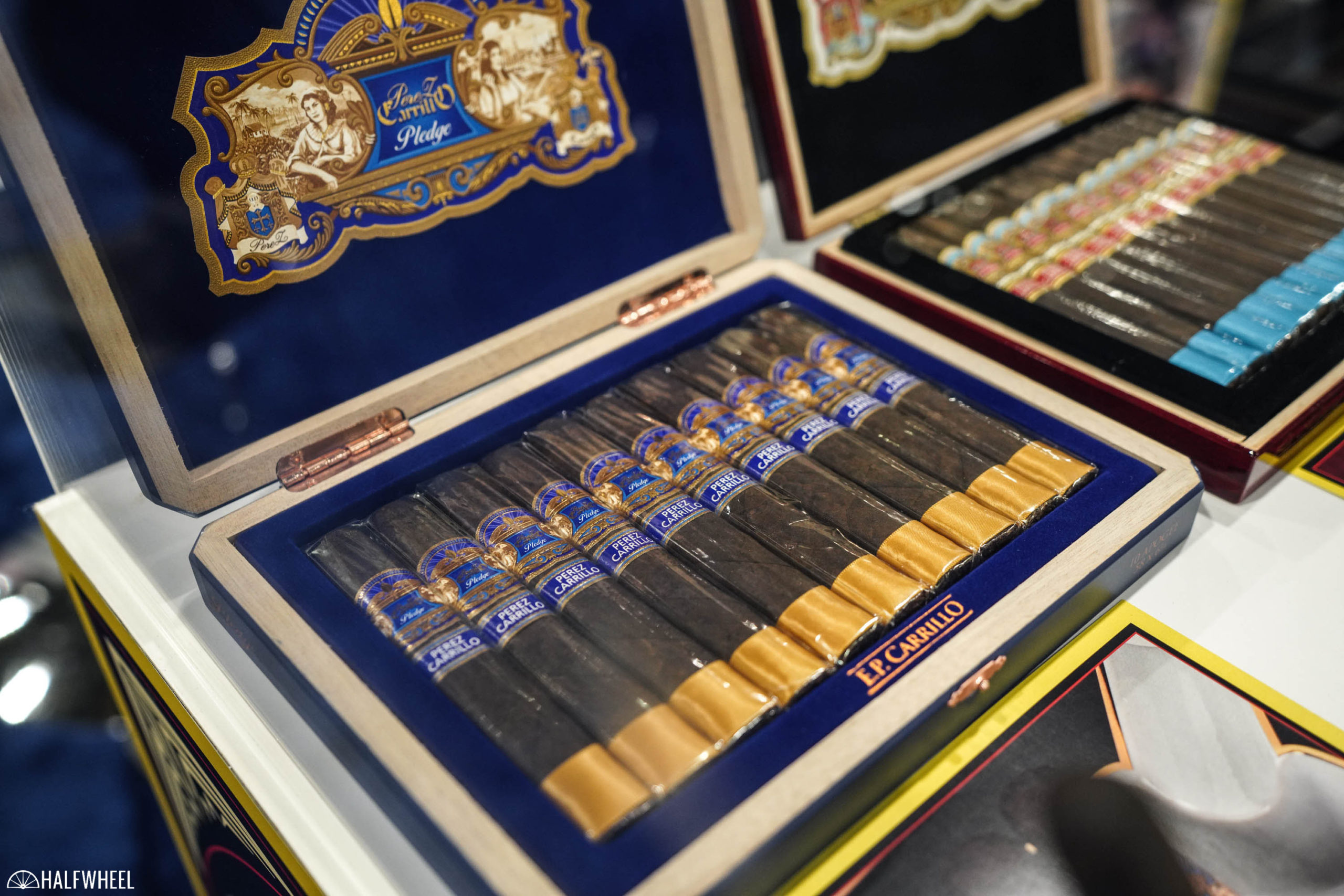 The newest size of E.P. Carrillo’s Perez-Carrillo Pledge line will be on its way to stores on Friday, as the company has announced it is ready to begin shipping the Apogee.

It’s a 6 1/4 x 58 toro gordo that comes with an MSRP of $15. Like the other sizes in the line, it uses a Connecticut habano wrapper, Ecuadorian binder and Nicaraguan filler, and is offered in 10-count boxes. The new size was previewed at the 2021 PCA Convention & Trade Show, and it is limited to 3,000 boxes.

It becomes the third size in the Perez-Carrillo Pledge line.

The company made the announcement about the Apogee shipping via Cigar Aficionado. An email to the company seeking confirmation of the report’s accuracy has not yet been returned.

Update — On Friday morning, the company confirmed that the Apogee is shipping.