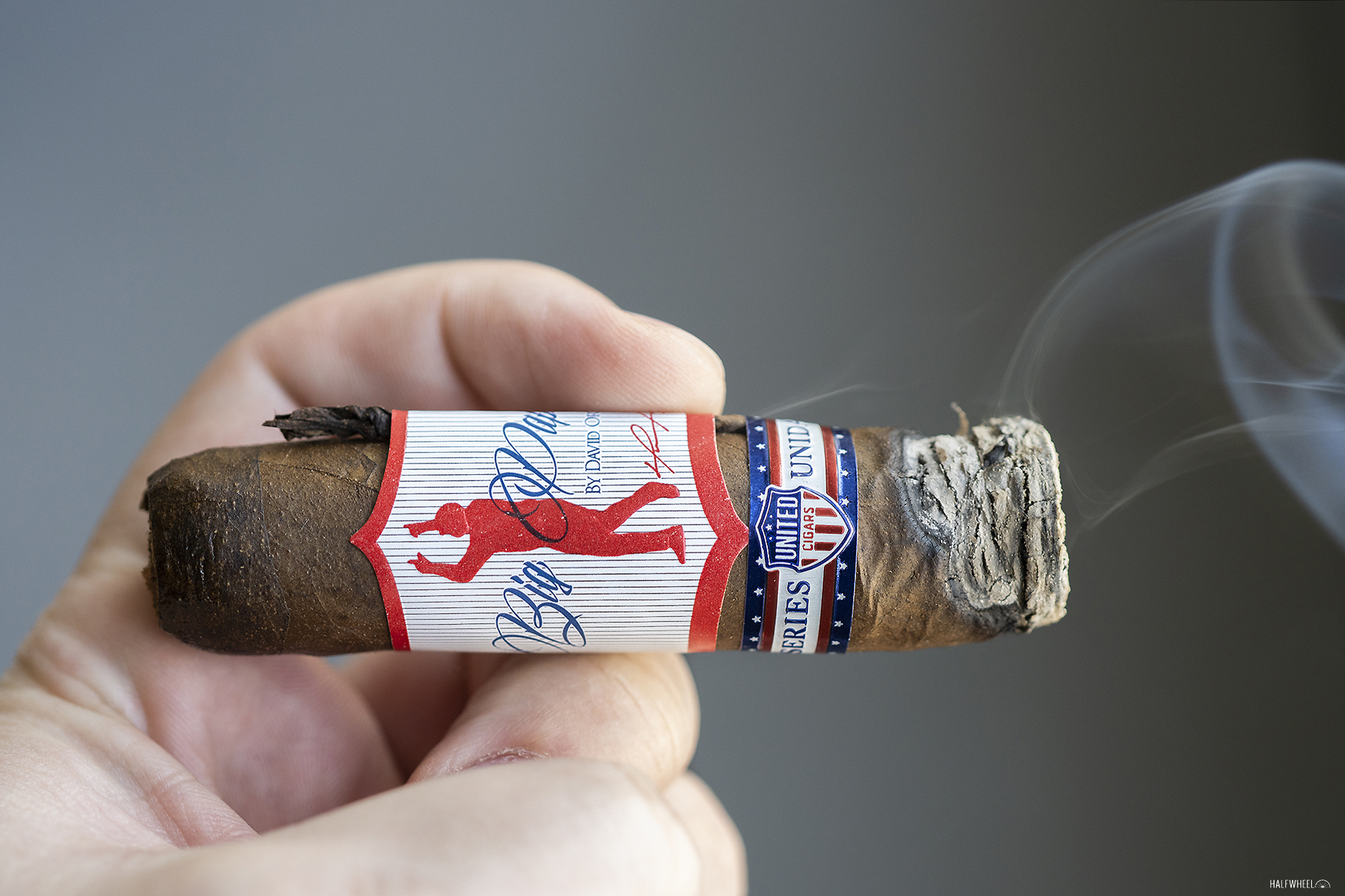 There are many interesting series of cigars, but I don’t think there’s any that is quite like the Firecracker Series from Two Guys Smoke Shop and now United Cigars, both of which are owned by Dave Garafalo.

In 2007, Two Guys Smoke Shop received a special version of the Don Pepin Garcia Blue Label blend in one of the most unique formats you’ll ever see: 3 x 50 with a pigtail that was almost as long as the cigar itself. The idea was to mimic the appearance of a firecracker with a long fuse, which was tucked inside the band of the cigar. Since then, the series has expanded to include cigars from numerous companies including Dunbarton Tobacco & Trust, Fratello, Kristoff, La Flor Dominicana, Perdomo, RoMa Craft Tobac and Tatuaje. While the Firecracker Series was once exclusive to the Two Guys Smokeshop stores in New Hampshire, it is now distributed to other stores by United Cigars.

The most recent release arrived the day before MLB Spring Training opened, which is somewhat relevant given the release is associated with David Ortiz, the Red Sox great who will be inducted into the Baseball Hall of Fame this year.

Ortiz, who was born in the Dominican Republic, has an existing partnership with Tabacalera El Artista that has led to two lines of cigars: Big Papi by David Ortiz and the Big Papi The Slugger. The Big Papi Firecracker is a 3 1/2 x 50 short robusto that uses a modified version of the Big Papi Slugger blend: a Mexican San Andrés wrapper, a Dominican negrito binder and filler tobaccos that include Dominican criollo 98, leaves from Jalapa, Nicaragua, and broadleaf from Pennsylvania.

Only 1,000 boxes of 20 cigars were released, and 10 of those boxes were signed by Ortiz. All of the boxes featured a QR code that would lead customers to a video from Ortiz thanking them for purchasing the cigars.

“This was a special project that I wanted to be a part of,” said Ram Rodriguez, owner of El Artista Cigars, in a press release in January. “This Firecracker is a unique vitola and for a Big Papi Firecracker it had to be special. I wanted tobacco that was grown in the Dominican in the 60’s and Dominican Negrito was that tobacco.” I’ve seen most of the Firecracker cigars over the years and this pigtail seems a bit more pronounced than normal, though my mind could be playing tricks on me. Given the short nature of the cigar and the multiple bands, almost half of the cigar’s wrapper is covered by paper. It’s dark and mottled with obvious veins, some bumps and an above average level of discoloration. That said, there’s plenty of oils and the cigars look well-rolled. The aroma from the wrapper is mild-medium with leather and acidity being the only things that standout to me. The foot has some floral twang that reminds me of a Cuban cigar, a bit of sweet cedar and some graham cracker. The individual flavors are pretty mild, leading me to peg the overall bouquet as medium at best. When it comes to the process of cutting these cigars with their elongated pigtails, it isn’t any different than a normal cigar, that said, it’s easy to get distracted. My best advice is to just snip the pigtail first so it’s dislodged, tug on it so it’s out of the way and then go about your business like any other cigar. Cold draws have a sharp milk chocolate accented by red pepper and cedar.

The first puff of the Big Papi Firecracker delivers a sweet chocolate flavor that leads dry leaves, leather and then a big kick of toastiness at the end. After about five minutes, I’m no longer tasting the chocolate and the cedar has taken the top spot. While it’s not as detailed as the best cedar-driven profiles, it’s a big cedar flavor that leads leather, coffee, peanut shells, some creaminess and a touch of an herbal blend that reminds me of oregano. The finish has Lay’s potato chips, a partially-developed oak flavor and white pepper. Retrohales have oak, Thousand Island dressing, nuttiness and then dark chocolate and white pepper to transition into the finish. The white pepper continues to get stronger, over a bitter chocolate flavor and some nuttiness. Flavor is full, body is medium-plus and strength is medium-plus. Construction is okay as the burn line and smoke production consistency could be better, but only one cigar gets a deduction, due to the need for a touch-up from my lighter.

About halfway through the cigar, a burnt toastiness emerges and quickly takes over from the cedar. Behind it is a pile of earthiness with leanings toward wet leaves, followed by leather, creaminess and some saltiness. It finishes with a vibrant leather, earthiness, creaminess, saltiness and watermelon rind. On each cigar, I’m unable to pick up the same level of detail during the second half, which is a bit disappointing. Retrohales have leather, roasted pecan, aloe and a bitterness I can’t quite place. The aloe really helps the retrohale work together as it provides just enough contrast to the nuttiness and bitterness. It finishes with creaminess, a salty bread flavor, earthiness, white pepper and leather. Flavor is full, body is medium-plus and strength is medium-plus. Two cigars need touch-ups in the second third, both times to help with smoke production. I wait around for a noticeable change in the final third and it never really comes. The Big Papi Firecracker is now led by toastiness over an emerging earthiness, while secondary flavors include leather, creaminess, saltiness and a bit of a reemerging cedar. The finish has nuttiness, creaminess, leather and white pepper. They are not equally balanced, but the flavors hit the palate one at a time. Retrohales also remain quite similar: leather, saltiness, white pepper, creaminess and aloe. I’d say it’s a bit more balanced than the second third, but I wish there was a bit more contrast between the main flavor and the retrohales. Flavor finishes medium-full, body is medium-full and strength is medium-plus. One cigar needs a touch-up, though the other two are performing their best in terms of construction at the very end. I should start by saying, my limited experience with previous Big Papi cigars have been fine, but I've never thought of those cigars as bastions of complexity. In addition, while I've been very impressed with a few of the Firecracker cigars, I don't think this super short format allows most blends to shine. But I think the Big Papi Firecracker accomplishes everything it needs to. At $8, it’s a small cigar that delivers a medium-full to full flavor profile with little issue. That said, this isn’t the most complex cigar in the world. On the positive, it delivers a smoking time that is more akin to a robusto than something that is only 70 percent of a typical robusto’s length. Unfortunately, the cigar's complexity limits the ceiling of how high I could score this cigar and the burn issues only subtracted from that.