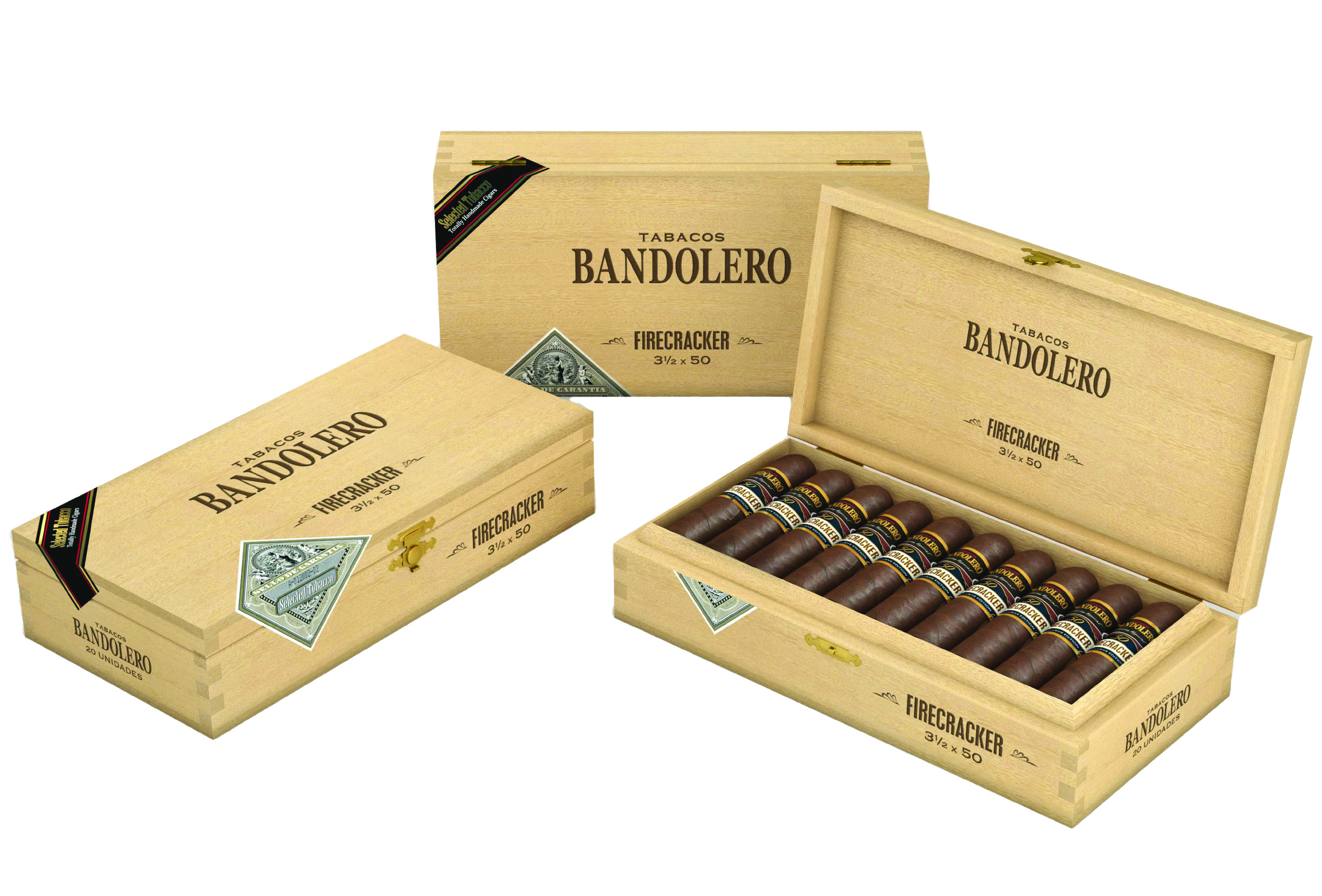 United Cigars has announced that this year’s Firecracker release will be coming from Bandolero by Selected Tobacco. It will be a 3 1/2 x 50 short robusto that bases its blend on that of the Clandestino line, also known as Series C. That means fillers from the Dominican Republic and Nicaragua as well as undisclosed tobaccos, with an Ecuadorian binder and wrapper. That wrapper leaf, however, is the one that is generally used on the company’s Aventurereros line, which is also called the Series A. Each cigar will feature the extended twist of tobacco from the head that is designed to look like the wick of firecracker. In keeping with the Bandolero line’s specifications, all of the tobacco have been aged for five years, while the cigars have been aged for two years after being rolled.

The cigar will have an MSRP of $9 and is offered in 20-count boxes. It will be on display at the upcoming Tobacco Plus Expo in late January and is scheduled to ship in June. Production numbers have not yet been disclosed.

“My partnership with United Cigars has gone beyond the distribution of my cigars,” said Nelson Alfonso of Selected Tobacco in a press release. “This is family and I wanted to share my Bandolero blend with this beautiful vitola.”

The Firecracker series was launched in the mid-2000s by David Garofalo of 2 Guys Smoke Shop in Nashua, N.H. by way of the Don Pepin Garcia Blue Label Firecracker. It still maintains a core line Firecracker and  has also incorporated a series of limited edition cigars from national brands including Dunbarton Tobacco & Trust, Fratello, HVC, Kristoff, La Flor Dominicana, Perdomo and RoMa Craft Tobac.