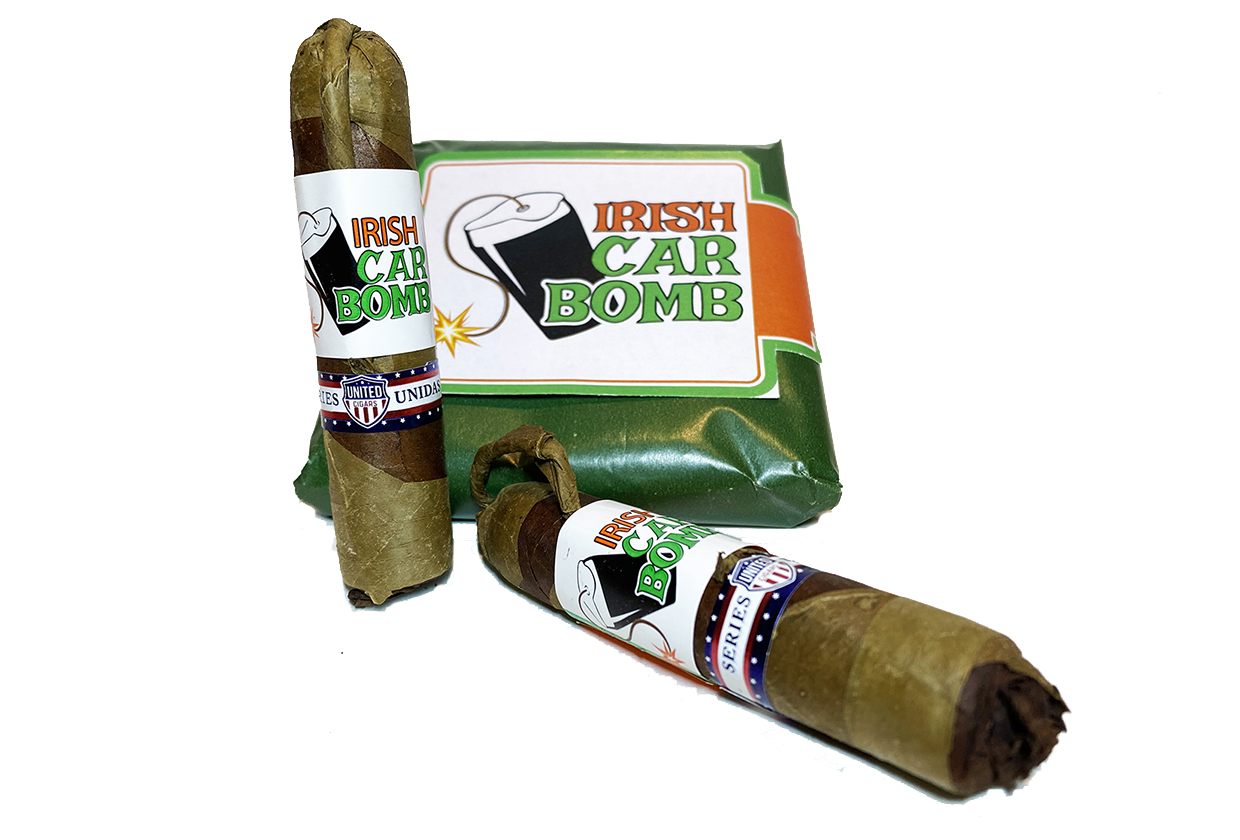 There will soon be a new Firecracker on its way to store shelves, as United Cigars has announced the upcoming release of the Irish Car Bomb Firecracker, which will have it on store shelves ahead of St. Patrick’s Day.

The cigar is a 3 x 50 petit robusto that uses a barber pole wrapper design made from Dominican candela and Mexican San Andrés leaves, with the candela providing the tobacco used for the line’s signature wick. Underneath that is a Nicaraguan criollo binder, while the filler uses Dominican ligero along with Nicaragua and Pennsylvania broadleaf tobaccos. The cigars are produced at the Magia Cubana factory in Gurabo, Dominican Republic, with production limited to under 15,000 cigars, according to a press release.

“Cigars are meant to be celebrated with friends and smiles,” said Oliver Nivaud, director of operations for United Cigars. “The rich and creamy draw on this limited release, barber pole Firecracker is perfect. So let’s raise a pint this St. Paddy’s Day and light up an Irish Car Bomb Firecracker.”

They are being offered in five-count packs with an MSRP of $30 and are scheduled to ship to stores at the end of February.

The Firecracker series of cigars was created at Two Guys Smoke Shop in New Hampshire in 2007 with the Don Pepin Garcia Blue Label cigar that measured three inches long with a 50 ring gauge. Its cap was decorated with a long strand of tobacco that resembled a fuse, and with a release date around the July 4th holiday, the line was born. Since that first cigar, the Firecracker line has evolved into its own brand, which is made at the Leyandas factory in the Dominican Republic. It is an ongoing offering from United Cigars, which along with Two Guys Cigars, is headed by David Garofalo.

The Firecracker series also includes several limited edition collaborations with other manufacturers that come in vitolas similar to The Firecracker, including Perdomo, Tatuaje, Fratello, Dunbarton Tobacco & Trust, Kristoff, La Flor Dominicana and RoMa Craft Tobac. These are part of United Cigars’s Series Unidas collection, which features collaborations with other manufacturers in a blend or vitola. As such, they are open to other retailers in limited quantities through United Cigars.

In addition to its own portfolio of products, United Cigars distributes Selected Tobacco and its Atabey, Byron and Bandolero brands, as well as Jose Dominguez cigars.

Update — Oliver Nivaud clarified that production came out to about 14,500 cigars, though added that was not an exact number.