That line is Mi Querida, Spanish for my mistress, a regular production release made at the NACSA factory in Estelí, Nicaragua using a Connecticut broadleaf wrapper over a Nicaraguan binder and Nicaraguan fillers.

By the middle of last year, the line had grown to seven regular production sizes and this year it got its first limited edition release as part of Two Guys Smoke Shop’s annual Firecracker Series.

The Firecracker Series launched in 2007 with a special Don Pepin Garcia Blue Label cigar: short and with a long strand of tobacco running from the top of the cigar. As the name implies, the cigar was made to look like a firecracker and as such, it was released around the July 4th holiday.

In 2011, Tatuaje released a cigar called M80, which was once again exclusive to Two Guys, and the New Hampshire-based store would eventually release its own private label Firecracker cigar made by Tabacalera Leyendas Cubanas.

Since then La Flor Dominicana, RoMa Craft Tobac and Fratello have been selected as manufacturers for the Firecracker Series. This year marked the fourth consecutive year of a new Firecracker release with Dunbarton slated as the brand. 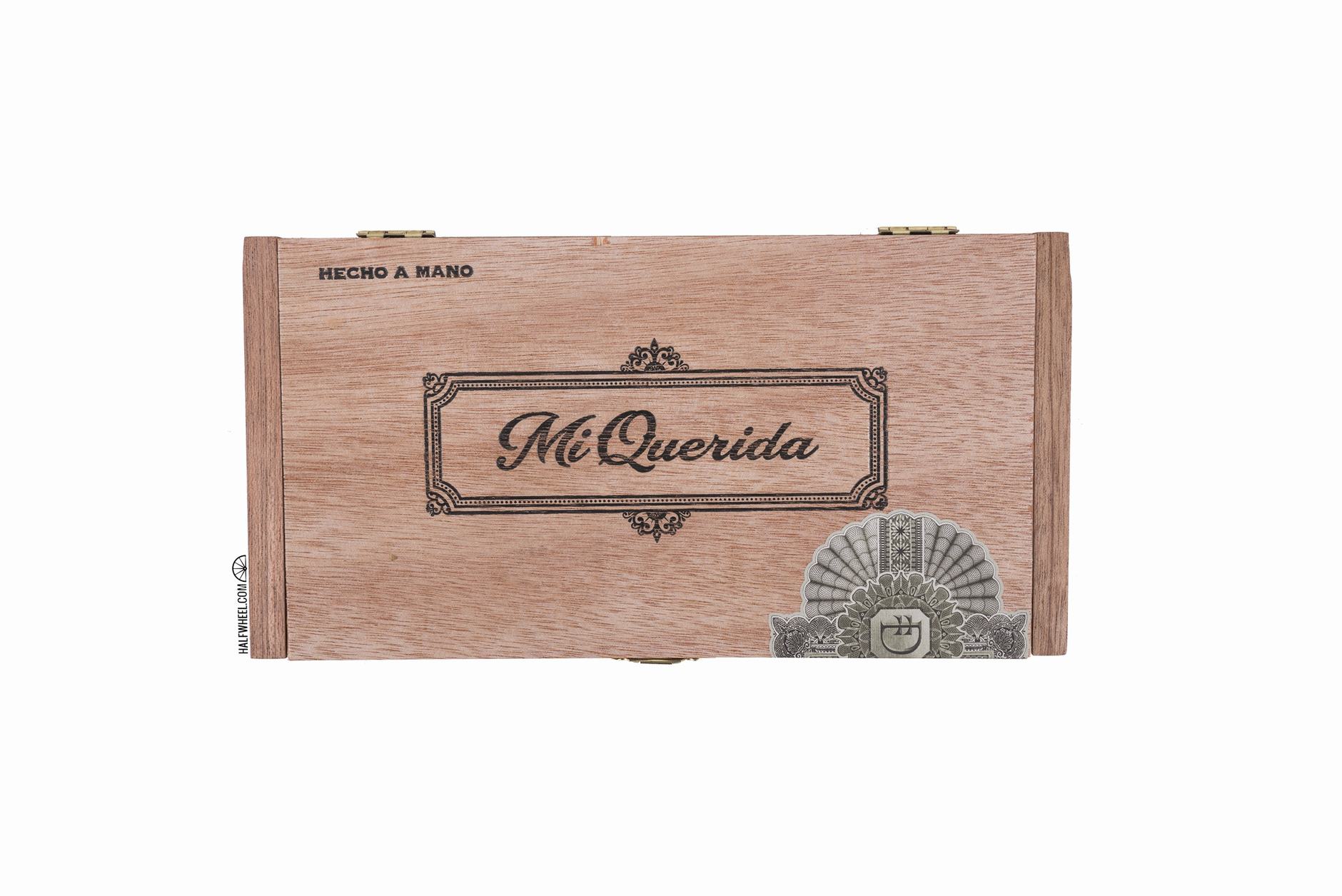 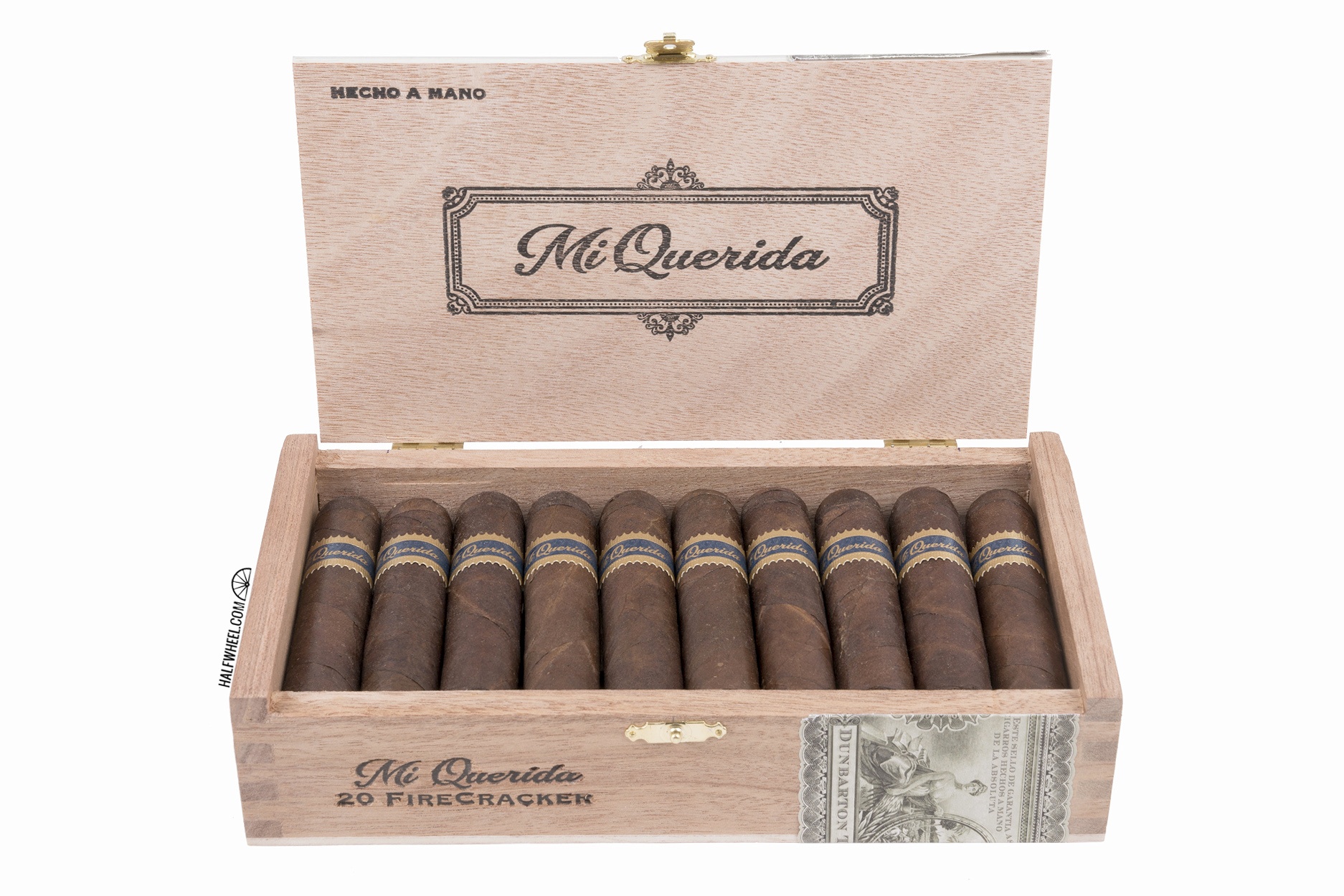 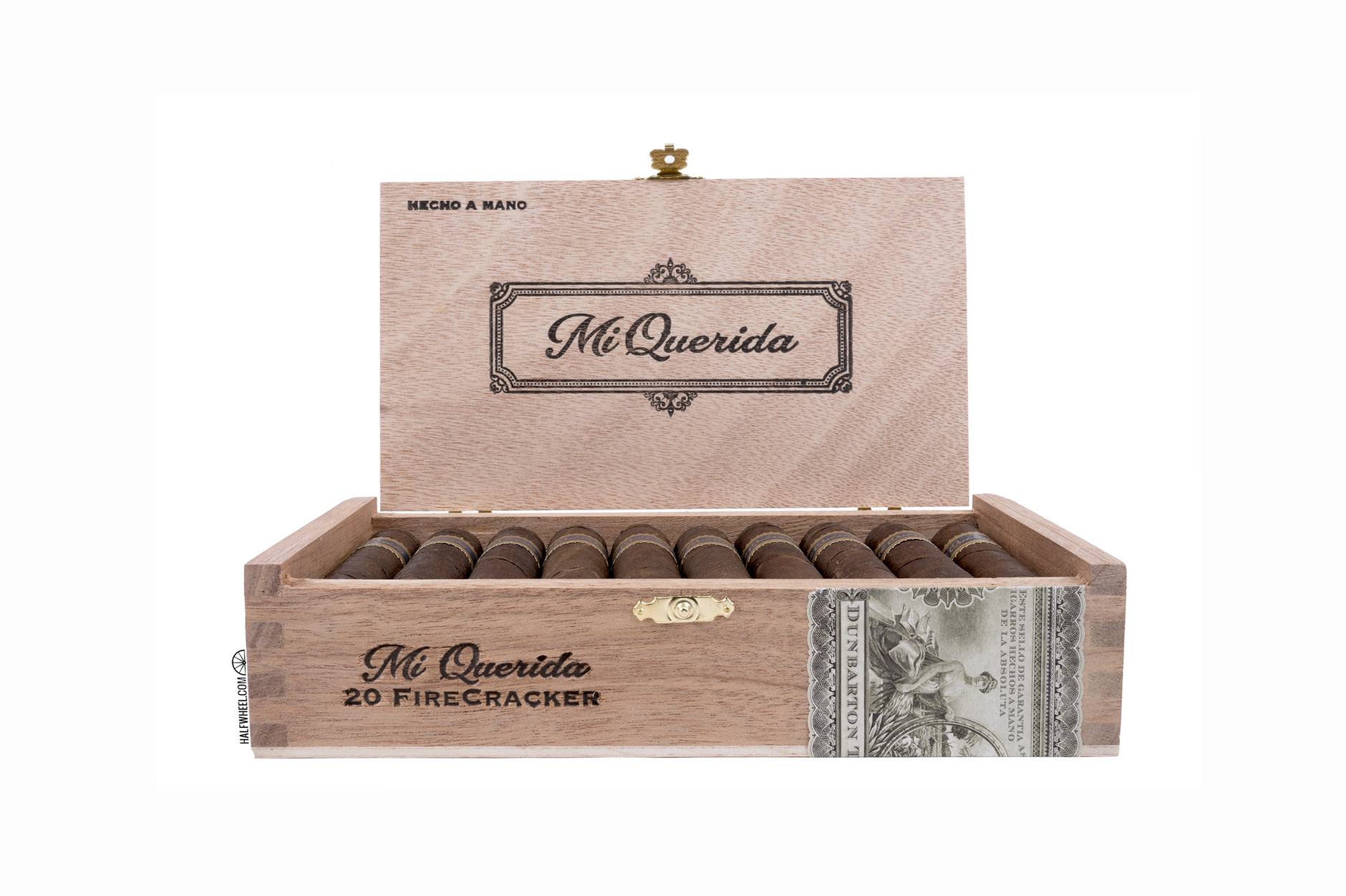 Two Guys says that the cigar, which measures 3 1/2 x 50, is “front loaded with ligero,” but otherwise features the same blend as the regular Mi Querida.

This is now the eighth vitola for the line. 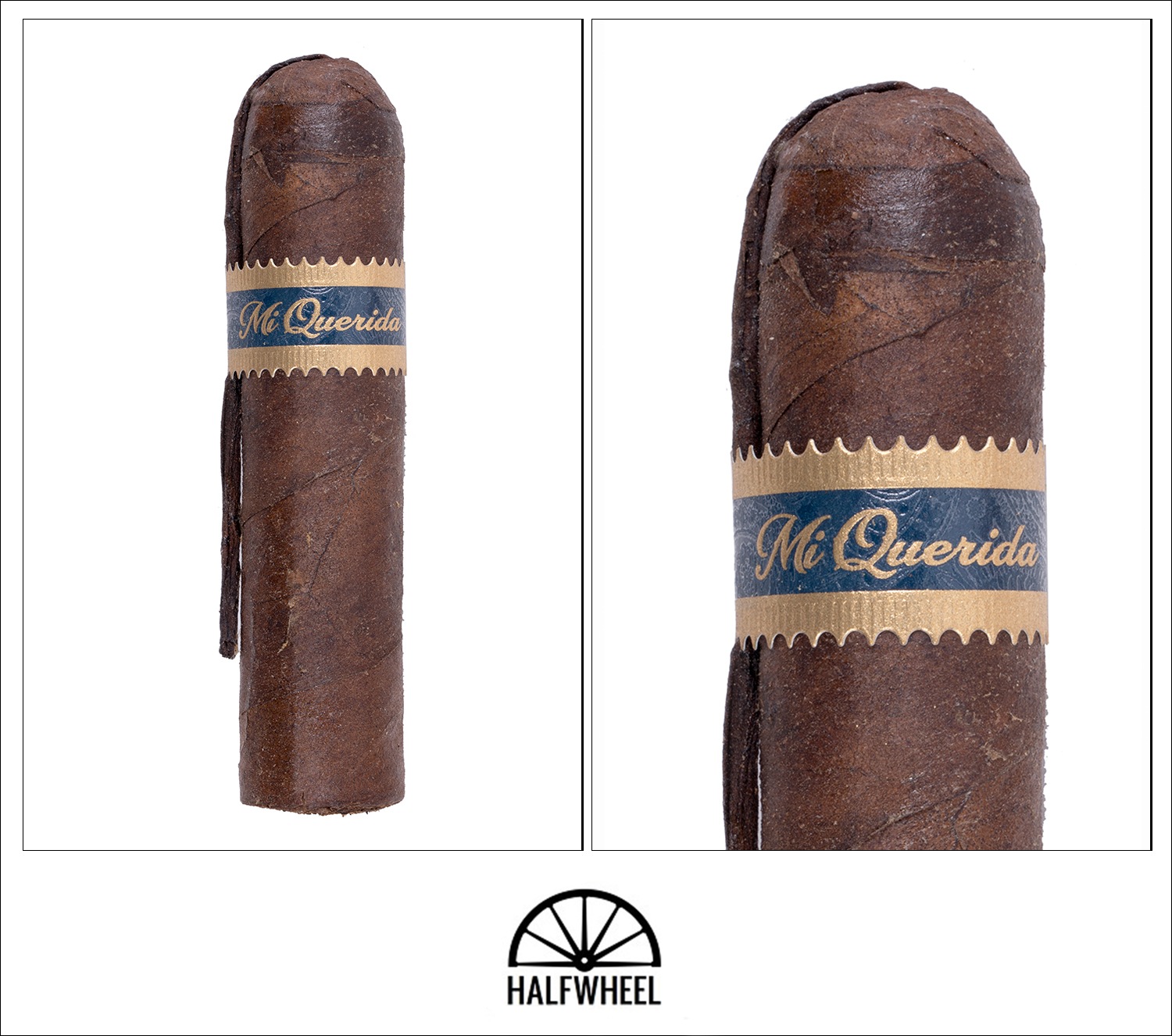 As has been the case since the Tatuaje release, the fuse cap is tucked inside the band. I generally prefer to remove the fuse from underneath the band, twist it off and then cut the cigar as normal. Aroma off the wrapper has a lot of leather, almost smelling like a room full of pilones, with some chocolate. The foot has even more cocoa, some barnyard, a bit of pepper and some added floral flavors. I will say, one sample is somewhat the opposite with the wrapper having more chocolate than the foot. The cold draw from the Mi Querida has lots of cocoa and pepper, an intense mixture that reminds me of the original Viaje Daisy Cutter.

While the initial smoke has some pepper, the largest source of pepper is the residual flavor from the cold draw. It’s joined by a lot of cedar, creaminess and some chocolate stout flavors, all fairly balanced considering that it feels like I just finished chewing some peppercorns during the cold draw. There’s some damp—yet sweet—cedar, strawberries and a bit of roughness towards the back. The finish has a lot of earthiness, popcorn and some cedar. Flavor is medium-full from the start, body is full and strength is medium-full. Construction is great and the draw is extremely easy, about as good as it will ever be on a cigar. 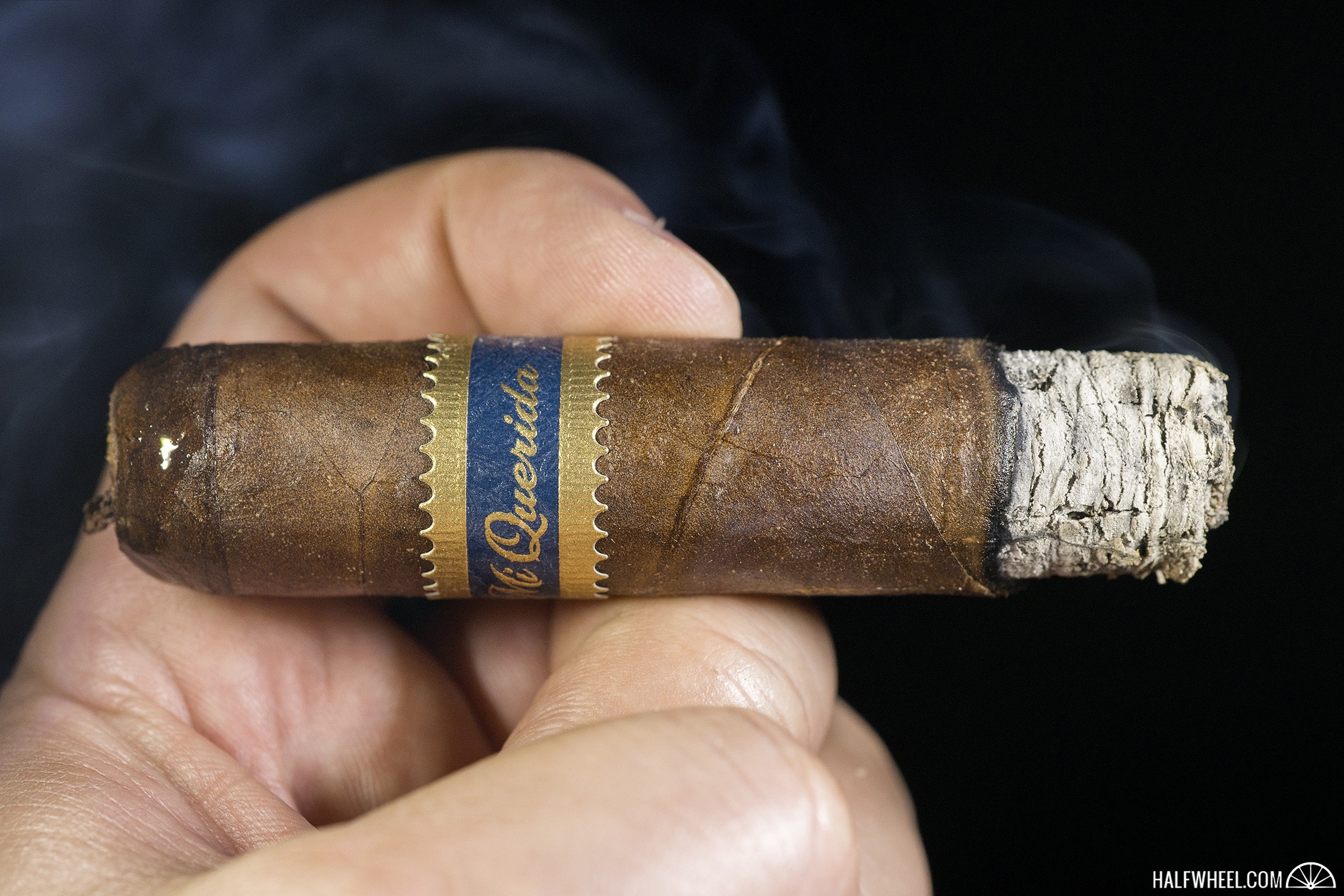 Creaminess comes in spades during the second third of the Mi Querida Firecracker. There’s a bit of just a generic heavy cream note, some cream soda and an intertwined creamy cedar flavor. In addition, there’s some bread and a fading amount of black pepper. Flavor is full, body is medium-full and strength is medium-plus. Construction remains good with one sample needing a small touch-up. 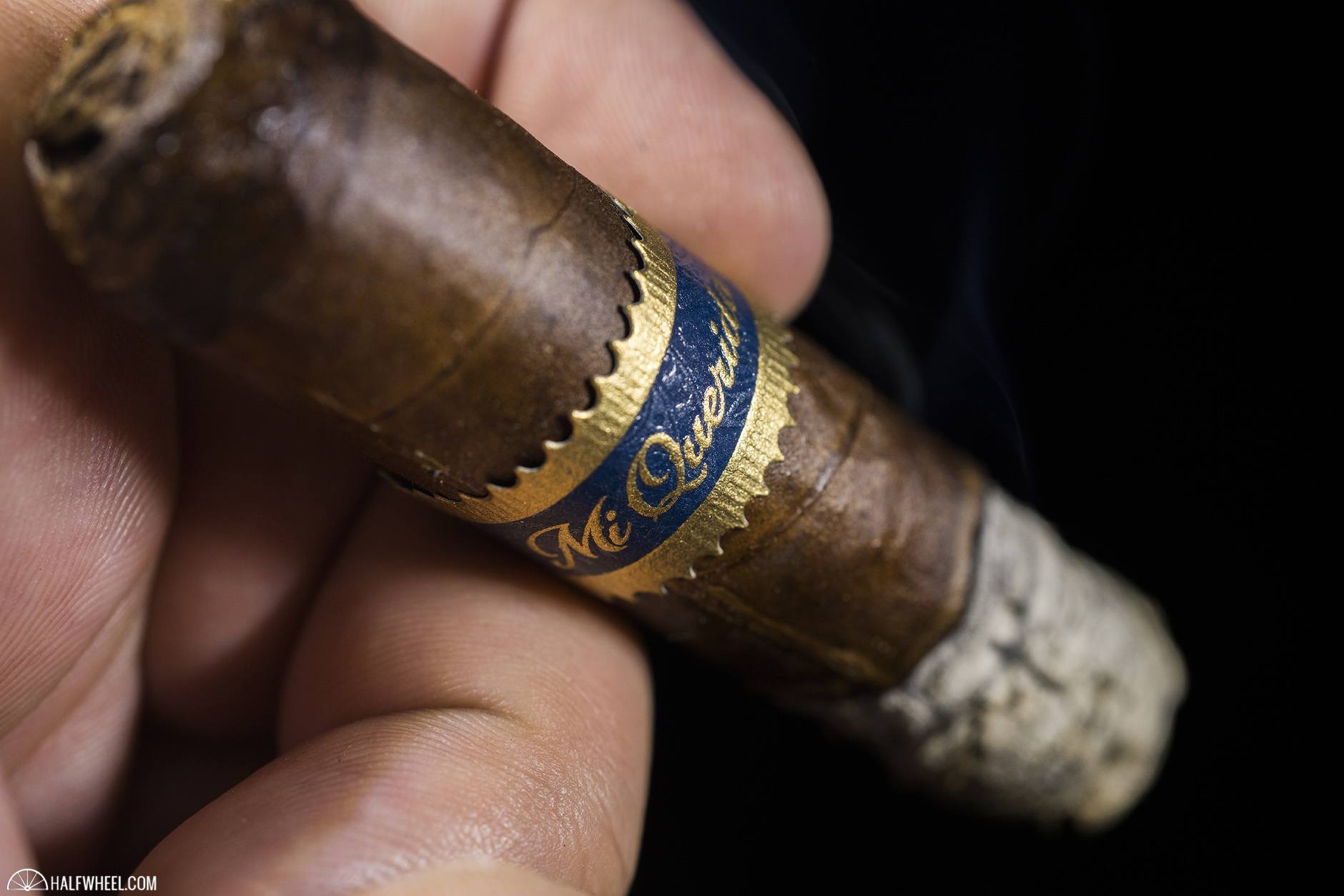 The final third sees the creaminess reduce and the pepper increase, the most balanced position the two flavors get during the cigar. In addition, there’s some bread, a grape note and some floral flavors through the nose. Flavor remains full, body is medium-full and strength is picking back up to medium-full. Construction remains great until the end with no touch-ups needed during the final thirds of each of the three cigars I smoked for the review. 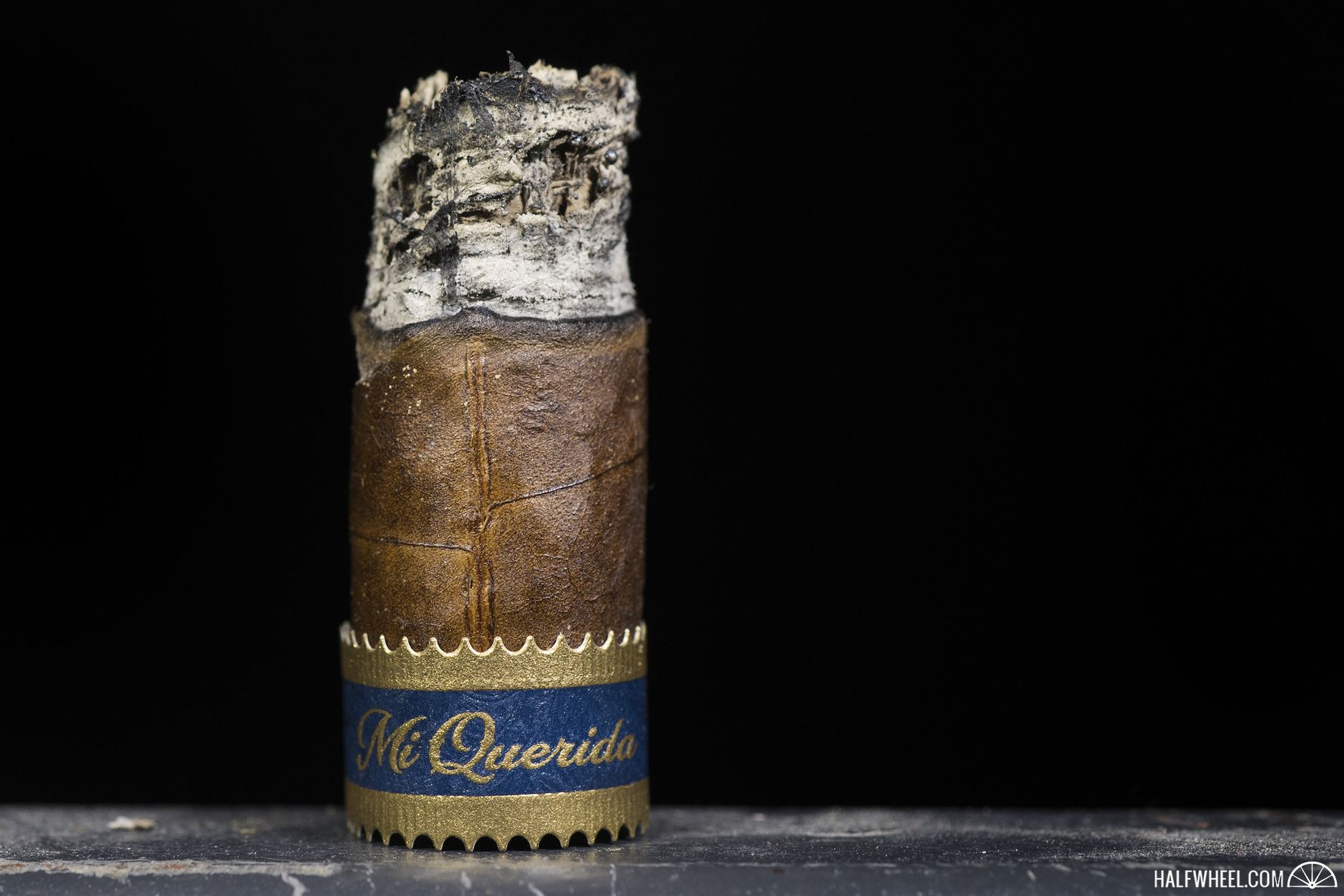 The Firecracker is the best Mi Querida I've smoked to date. It's one of my favorite, if not my favorite Dunbarton Tobacco & Trust release to date. And it's also one of the best new cigars I've smoked this year. At times, the pepper and creaminess can be overpowering, but each found a way to pull themselves back in and by the end, the cigar was as balanced as can be.