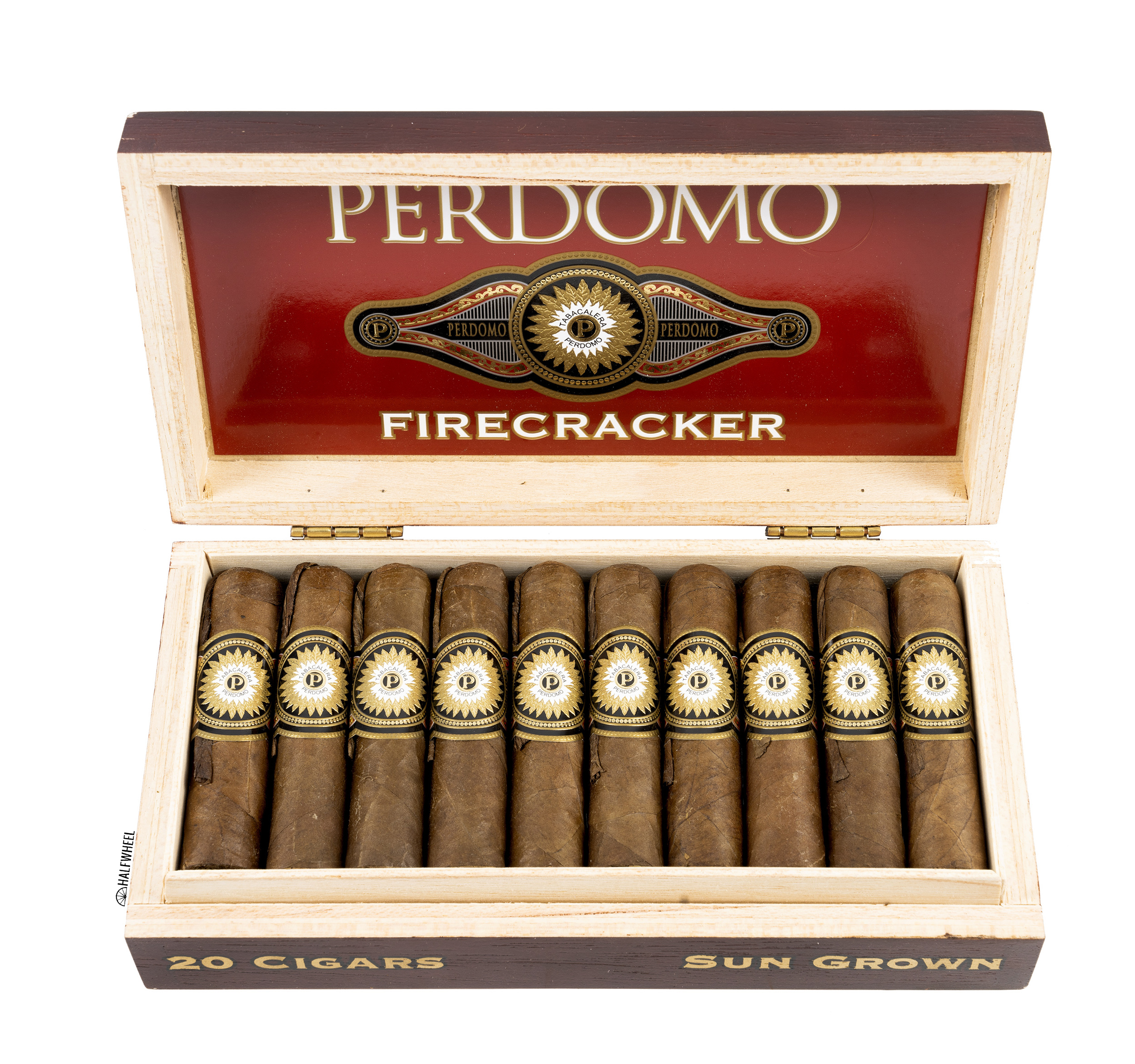 On Monday, the Perdomo Firecracker will once again be offered for sale.

This is the second release for the Perdomo Firecracker—it debuted last June—and most of the details are the same as the first release. It’s a 3 1/2 x 50 short robusto that features an elongated pigtail cap that is made to mimic a fuse of a firecracker. Tobacco-wise, it’s a Nicaraguan puro that uses the same wrapper as the Perdomo 20th Anniversary Sungrown.

It will be offered to stores through United Cigars.

The Firecracker series started in 2007 at Two Guys Smoke Shop, a New Hampshire-based chain of retailers owned by Dave Garafalo, who also owns United. The Firecracker cigars are typically a 3 1/2 x 50 petit robusto that features the long pigtail. Over the years, a variety of manufacturers have made Firecracker Series including Dunbarton Tobacco & Trust, Fratello, Kristoff, La Flor Dominicana, My Father, RoMa Craft Tobac and Tatuaje.