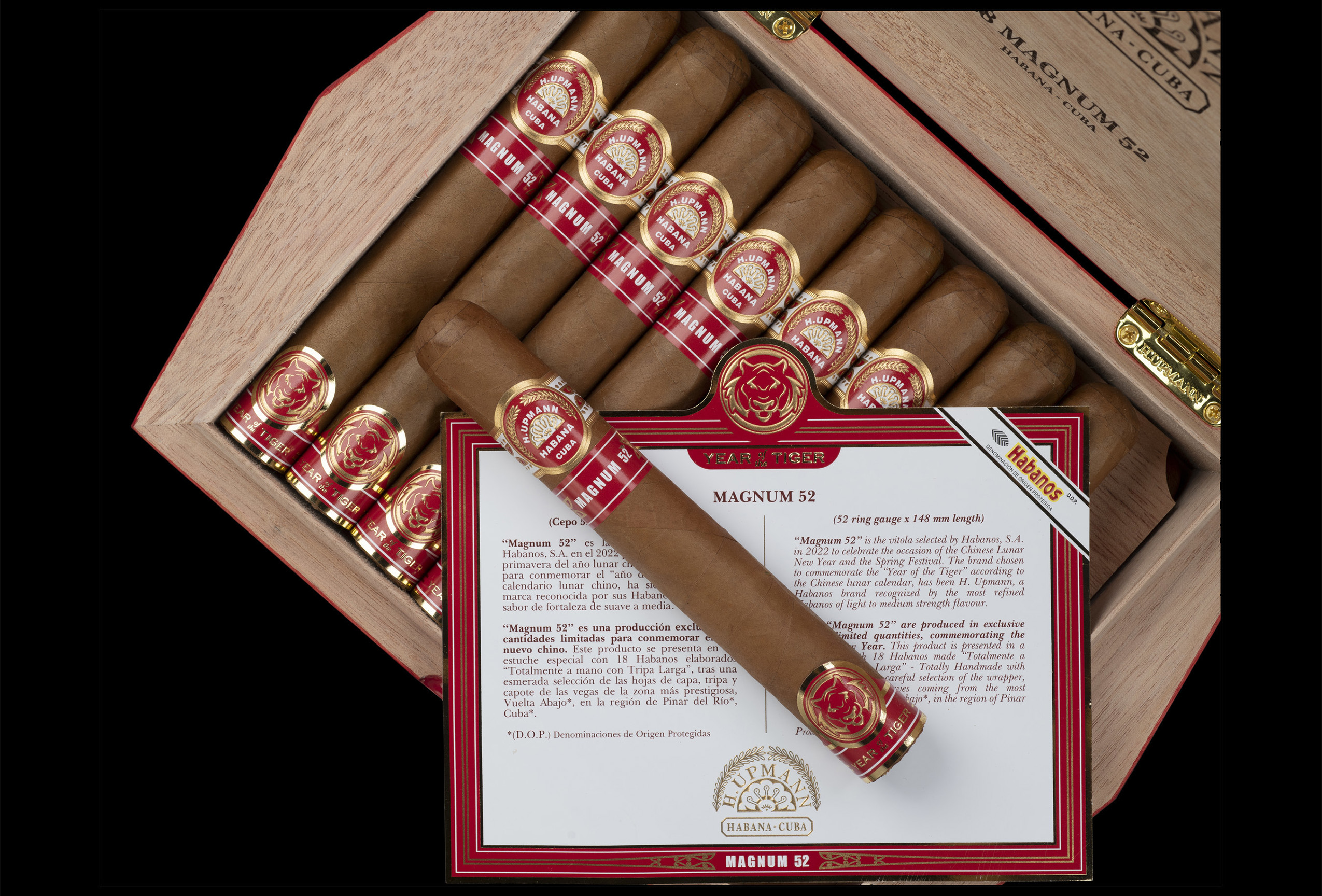 H. Upmann Magnum 52 Year of the Tiger Arrives in the Asia Pacific Region

Habanos S.A. has released its cigar celebrating the Lunar New Year, as a virtual unboxing was held recently to announce the arrival of the H.Upmann Magnum 52 Year of the Tiger in the Asia Pacific region.

The cigar measures 5 7/8 inches (148mm) long with a 52 ring gauge, a robusto extra that appears to be a completely new vitola for the Habanos S.A. portfolio. It is a limited production cigar, but Habanos S.A. said that while it debuted in the Asia Pacific region, it will be available in all of its markets.

“Considering that China was Habanos, S.A.’s leading market in terms of sales volume in 2020, we are pleased to commemorate the Chinese New Year for the third consecutive year with a vitola such as ‘Magnum 52’ under the H. Upmann brand,” said Leopoldo Cintra González, commercial vice president, and José María López Inchaurbe, vp of development of Habanos, S.A., said via a press release. “We are convinced that Habanos aficionados will enthusiastically welcome this worldwide launch, which will be available in all markets, albeit in limited quantities as it is an exclusive production.”

“H. Upmann’s Magnum 52 is a new vitola that manifests the refined character of the brand with mild to medium strength, and that offers its very high quality and inimitable aroma,” said Dag Holmboe, ceo of The Pacific Cigar Company, via a press release. “We expect a great reception from Habanos aficionados in the Asian market.” This becomes the latest cigar in the H. Upmann portfolio to use the Magnum name, which dates to before 1960:

After being released as an Edición Limitada, the Magnum 50 became a regular production offering in 2008. Likewise, the Magnum 56 received a limited edition in 2020 that was designated for travel and duty free stores, though saw many of the cigars released through traditional retail channels due to the COVID-19 pandemic.