After the release of the Maravillas 8, it was no surprise when Habanos S.A. announced a follow-up celebrating the Year of the Ox, this time from the legendary Hoyo de Monterrey marca. Dubbed Primaveras, the 6 7/12 (167mm) x 48 parejo is the same vitola as a number of previous creations, including the San Cristobal Mercaderes—a La Casa del Habano exclusive release—the Romeo y Julieta Hermosos No. 1 Edición Limitada 2003 and the Montecristo Dantés Edición Limitada 2016. As was the case with the Maravillas 8, the number eight—a lucky number in Chinese culture—is a major component in the Primaveras release, with only 8,888 boxes of 18 cigars produced. In addition, each box utilizes a red and gold color scheme, which was chosen not only because that combination happens to be the standard colors of the Hoyo de Monterrey brand, but also because those two colors are particularly meaningful in Chinese culture: the red color symbolizes good fortune and joy, while yellow or gold symbolizes wealth.

The Primaveras debuted on Jan. 13 during a virtual event hosted by Pacific Cigar Co., which is the distributor of Habanos S.A. products in the Asia Pacific region. Boxes began arriving on retailer’s shelves in that region on Jan. 14. 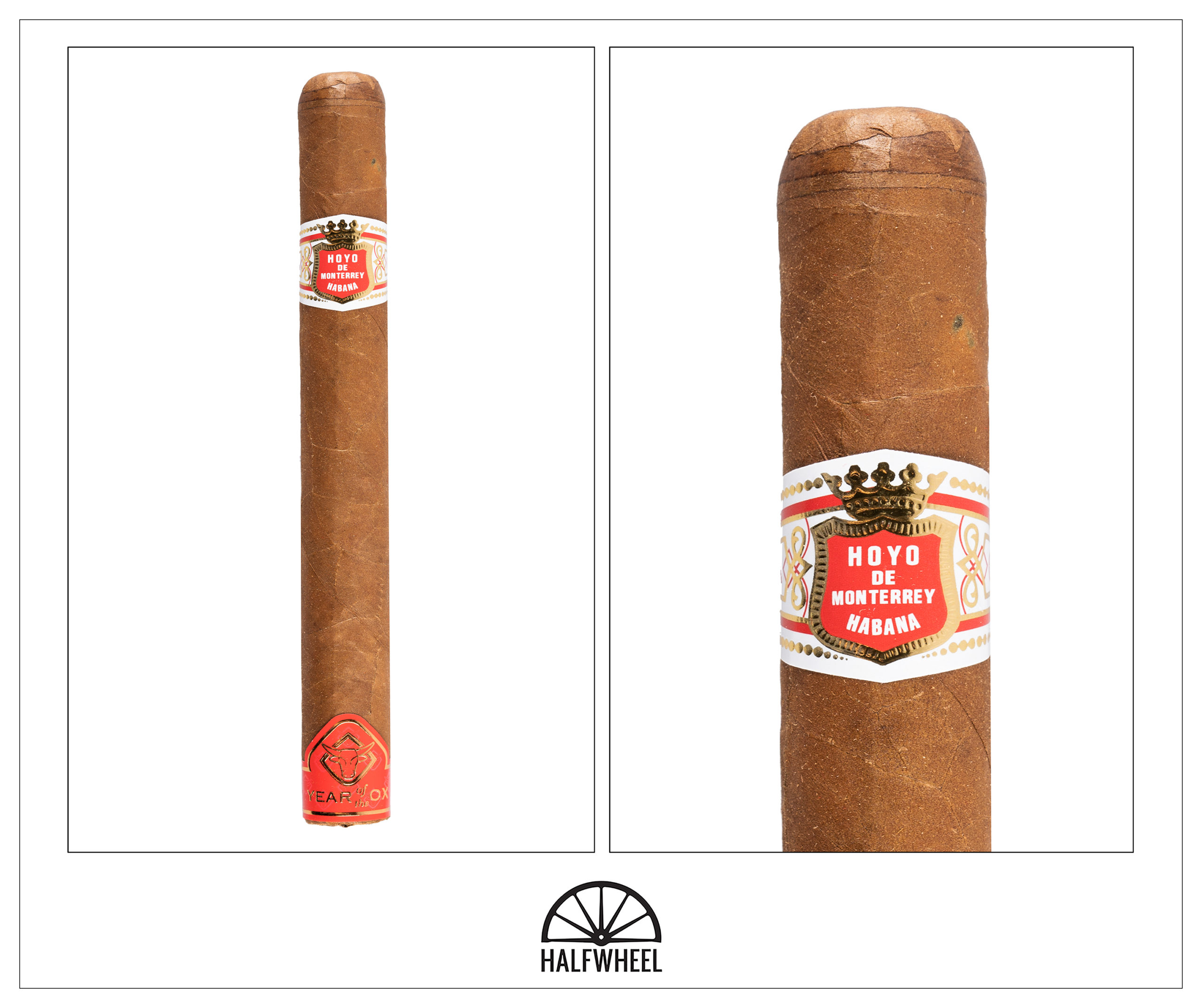 From a visual perspective, the Hoyo de Monterrey Primaveras features a milk chocolate brown wrapper that is dry to the bone and feels like parchment in my hand. There are a number of significantly overt veins running up and down its length, and the cigar is nicely spongy when squeezed. Aroma from the wrapper is a combination of cinnamon, barnyard, leather and aromatic cedar and the foot features aromas of peanuts, manure, hay, cinnamon and milk chocolate. The cold draw brings flavors of potato chips, sweet cream, creamy wood, nuts and a touch of floral.

Starting out, the first third of the Hoyo de Monterrey features immediate flavors of both creamy cedar and cinnamon upfront, followed by secondary notes of leather tack, peanuts, cinnamon, hay, dark chocolate, baker’s spices and slight citrus. There is a massive amount of caramel sweetness on the retrohale that—when mixed with some mineral saltiness that is also present on my lips—reminds me of strongly of homemade salted caramel candy I used to eat as a child at certain points. Construction-wise, the draw is excellent after a simple straight cut, and while the burn is far from razor-sharp, it is also far from needing to be corrected so far and smoke production is both thick and plentiful. In terms of strength, the Hoyo de Monterrey is quite light so far, struggling to make it out of the mild range.

The main flavors shift quite a bit during the second third of the Primaveras, with a distinct salted peanut note easily taking the top spot. Secondary flavors of lemongrass, gritty earth, sourdough bread, powdery cocoa nibs, leather, freshly brewed coffee and slight cinnamon flit in and out in various amounts, while the amounts of both white pepper and caramel sweetness on the retrohale increase slightly. In terms of construction, both the draw and the smoke production continue to impress, but the burn needs a quick correction just before the halfway point, although it is fine after that. Although the strength has increased—most noticeably just before the end of the second third—it still is not enough to reach the medium mark. 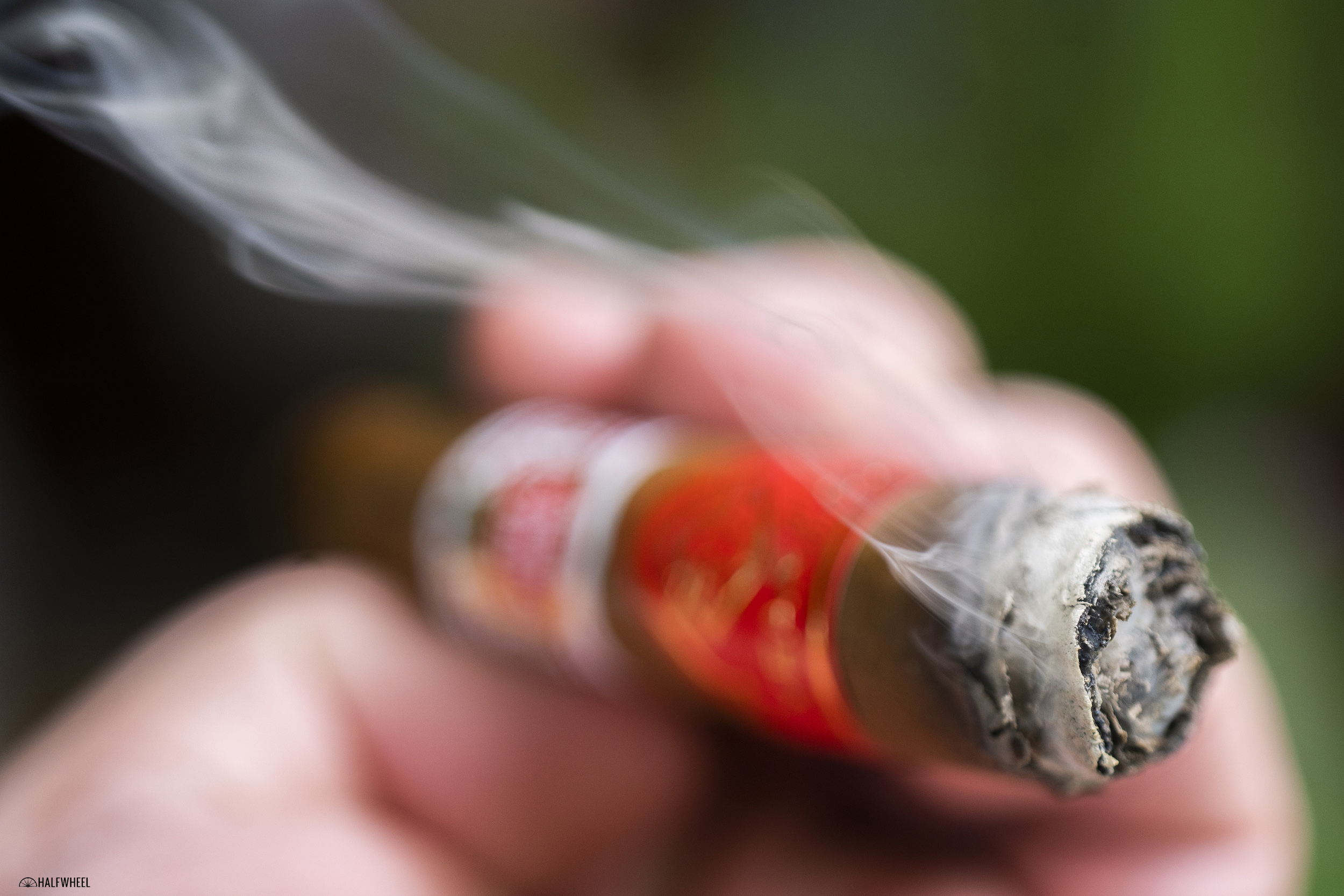 There are even more changes to the profile during the final third of the Primaveras, with the most obvious being the main flavors in the profile that has morphed back into the wonderful combination of creamy cedar and cinnamon that was so prominent in the first third, followed by lesser notes of peanuts, vegetal, generic citrus, leather tack, dark chocolate, toasted bread, earth and a touch of floral. While the retrohale features a bit more white pepper compared to the second third, the amount of caramel sweetness has decreased slightly. Thankfully, the burn evens up nicely, and the draw continues along its excellent path while the smoke production has receded just a bit. Finally, the strength has increased enough to pass into the medium range by the time I put the nub down with a little more than an inch remaining, but never threatens to go any further. 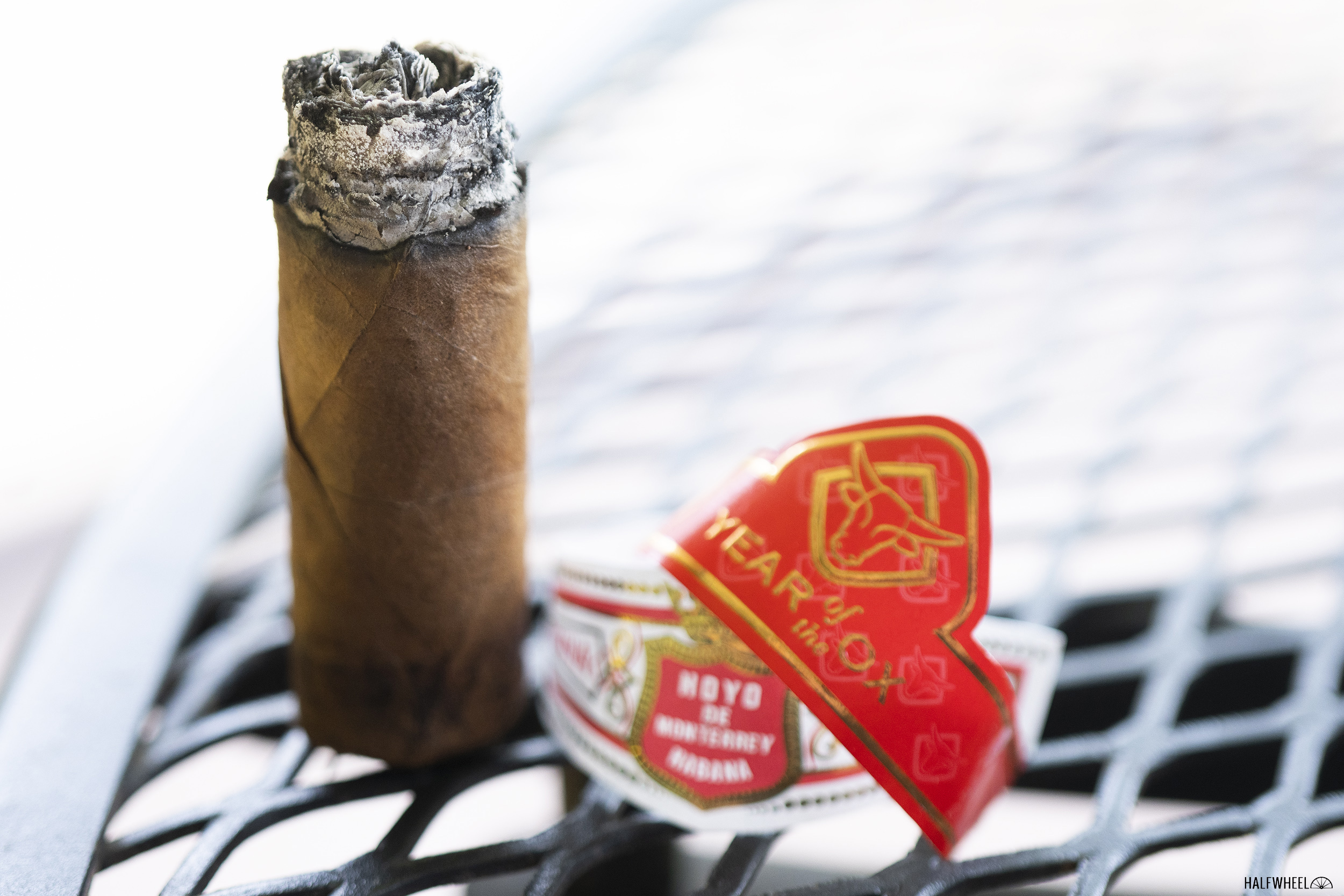 Creamy, complex and incredibly sweet, the Hoyo de Monterrey Primaveras is one of those cigars that I never wanted to end. In fact, at certain points the flavors in the profile seem to change with almost every puff, although the main flavors of creamy cedar, cinnamon and salted peanuts easily tops the profile in various thirds. Construction was extremely good overall, and while a bit more caramel sweetness in the final third, that is a very minor complaint in the grand scheme of things. There are plenty of examples of new Cuban releases that have left a lot to be desired but the Hoyo de Monterrey Primaveras is not one of them.