For the second time in Habanos S.A.’s Edición Regional program, the company decided to release a cigar made just for sale on the island: the El Rey del Mundo Infantes.

The cigar could be seen as a follow-up to the wildly popular and highly coveted La Gloria Cubana Deliciosos, released in 2009 in gorgeous ceramic jars that had collectors scrambling to find them. With just 2,000 of the 25–count jars made, they flew off shelves and began commanding significant sums on the secondary market, including fetching £910, approximately $1,495, at C.Gars Ltd.’s June 2013 auction. That compares to a retail price of approximately 350 CUC, or just under $400 when they were available.

While more boxes were produced for the El Rey del Mundo release than jars for the La Gloria Cubana release—5,000 vs 2,000–-demand has been equally as strong, and as of mid-January 2014 none of the La Casa del Habanos in Havana had any in stock, with the only supply being found at a government owned restaurant, El Aljibe, that also has a small but well appointed humidor attached to it. Only about 40 boxes were in stock, and at least 10 were in process of being transferred to the Partagás store when I managed to track them down.

The cigar was officially unveiled on June 18, 2013 at the La Casa del Habano in the Habana Libre hotel during Habanos S.A.’s 22nd Habanos Marketing and Sales workshop, an event that brings together Habanos S.A. executives, distributors, La Casa del Habano representatives and other guests, with the cigar arriving at retail shops soon after.

Boxes of 10 go for 59 CUCs, the currency used in Cuba for luxury items and foreigners. It is directly tied to the value of a U.S. dollar and converted on an even 1:1 ratio, meaning the Infantes retails for $59 per box. 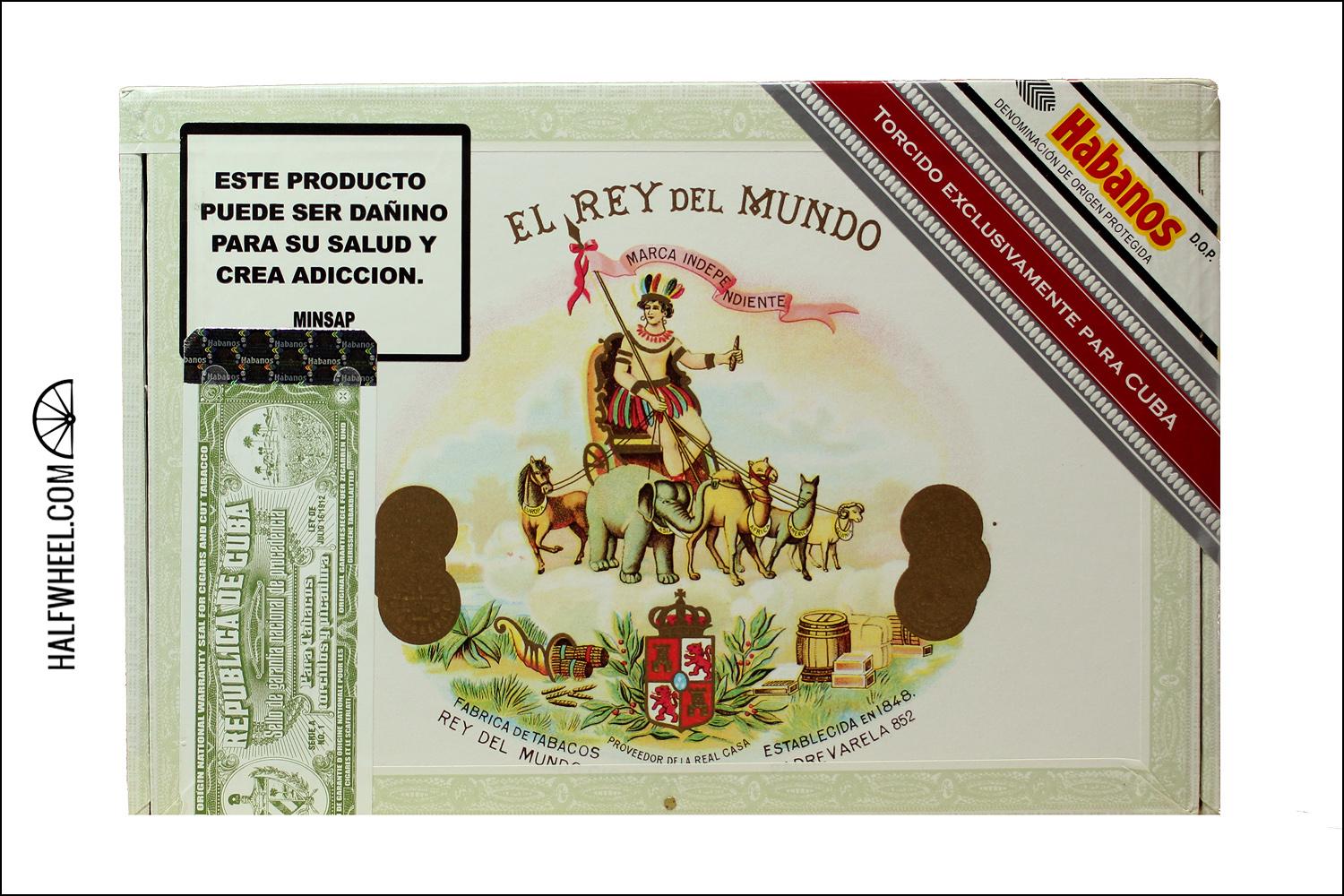 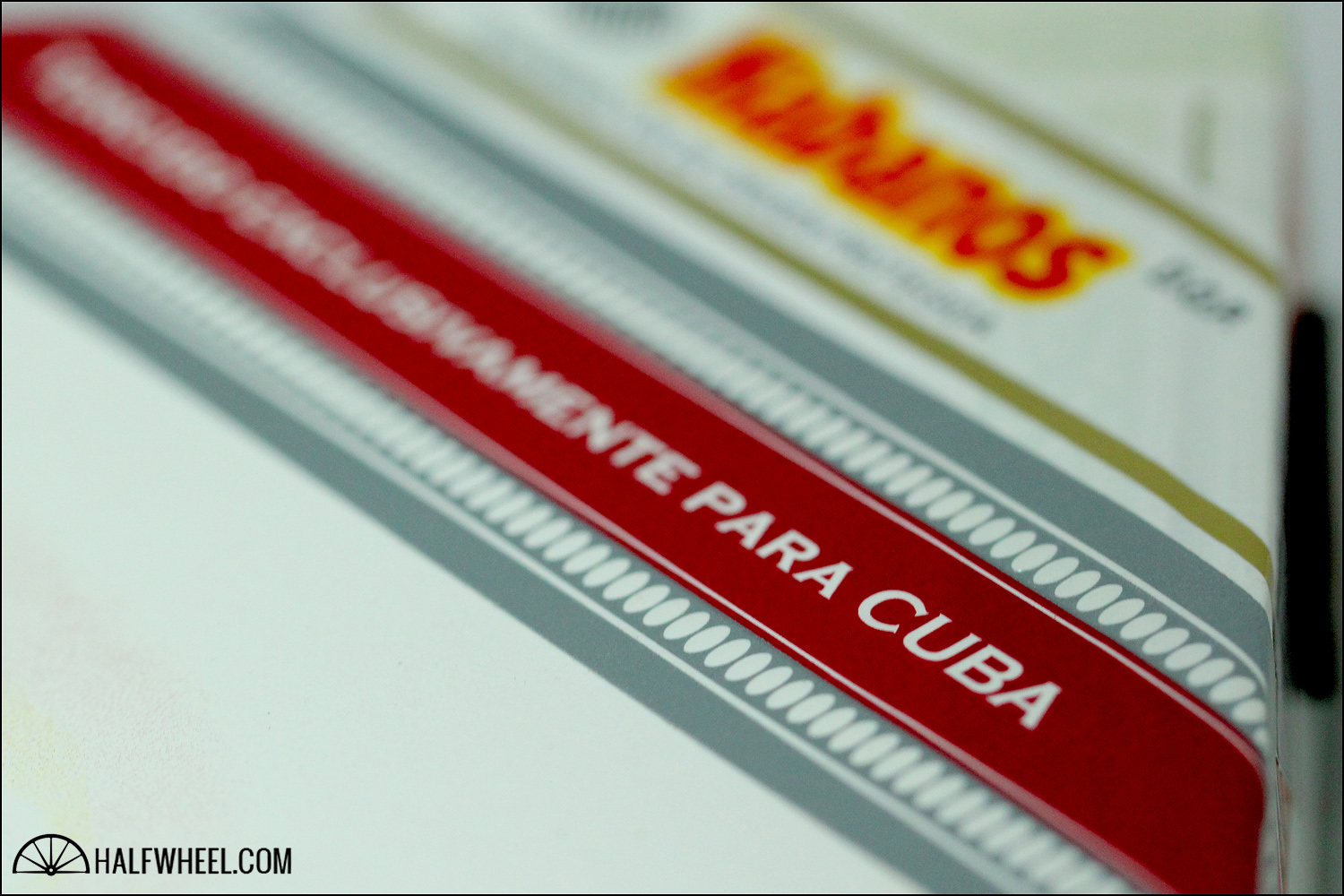 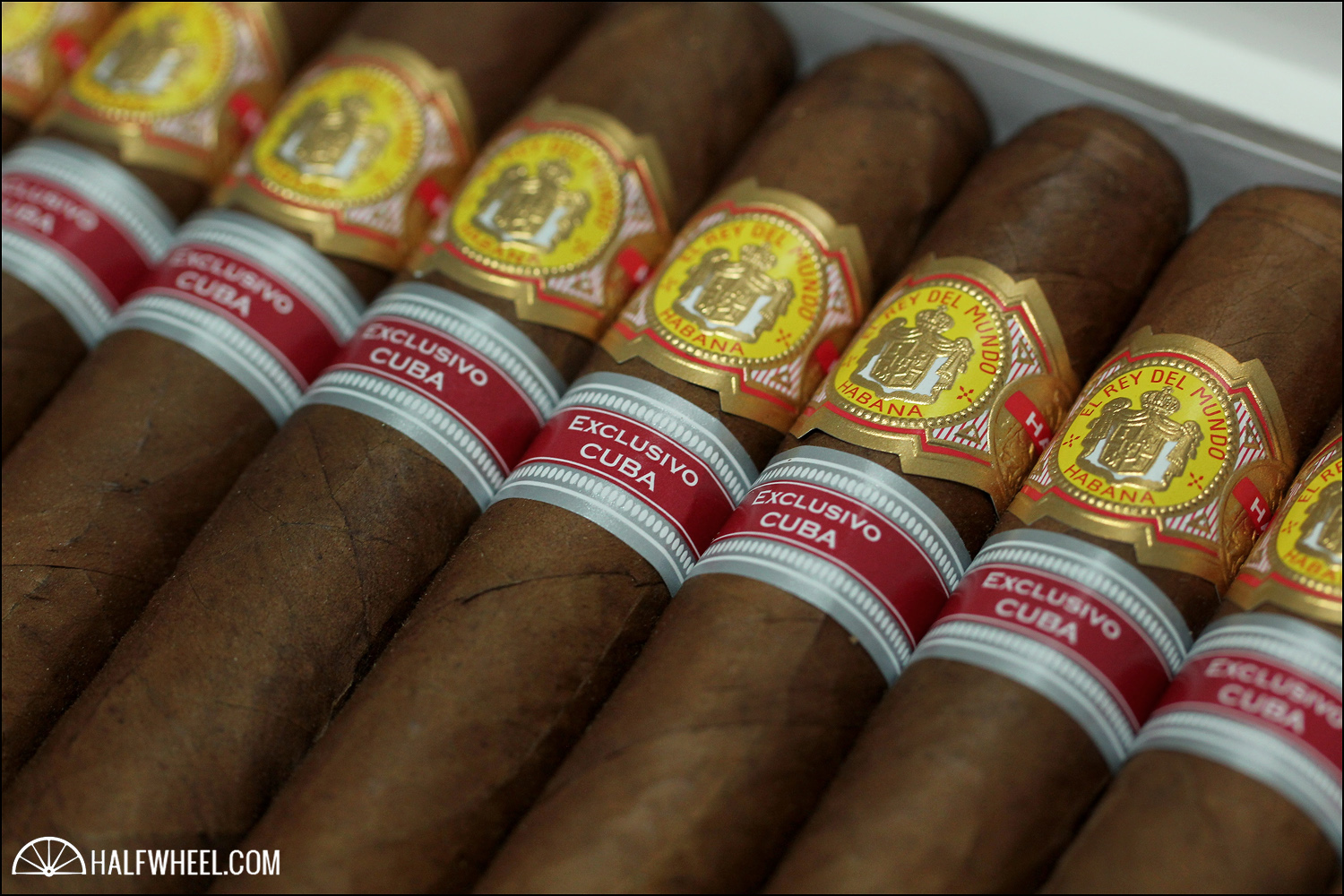 We’ve covered Habanos S.A.’s Edicion Regional program in other reviews, but as a refresher, the program started in 2005 and draws from the 17 local and multi-local brands, while not using the ten worldwide global and niche brands. All the releases are limited in production, though there is a requirement that a minimum of 25,000 cigars be produced. The distributor for the region which the cigars are produced for initiates the release and underwrites its cost.

The releases are generally available for a year or two, after which time the cigar can be added to the marca’s regular production. There can also be a re-release of an Edición Regional if demand warrants and often comes with a note indicating as such.

Edición Regionals are generally released between August and October, and while previous years have seen multiple releases for a region, a policy change in 2012 limited Edición Regional releases to one per distributor per year.

The El Rey del Mundo brand was established in 1882 by Antonio Allones, a veteran cigar maker of Cuba though of no relation to Ramon and Antonio Allones, who created the Ramon Allones marca.

El Rey del Mundo has been featured in several other Edición Regional releases:

As is the case with all Edición Regional releases, this is the first time the robusto vitola has appeared in the El Rey del Mundo portfolio, which currently includes just two regular production sizes:

The brand is limited in its market share, classified as a local brand with limited availability, though in the press release announcing the cigar’s release, Habanos S.A. says that it is still renown among Habanos smokers for its quality and balanced flavor, which is further described as being light to medium in intensity. 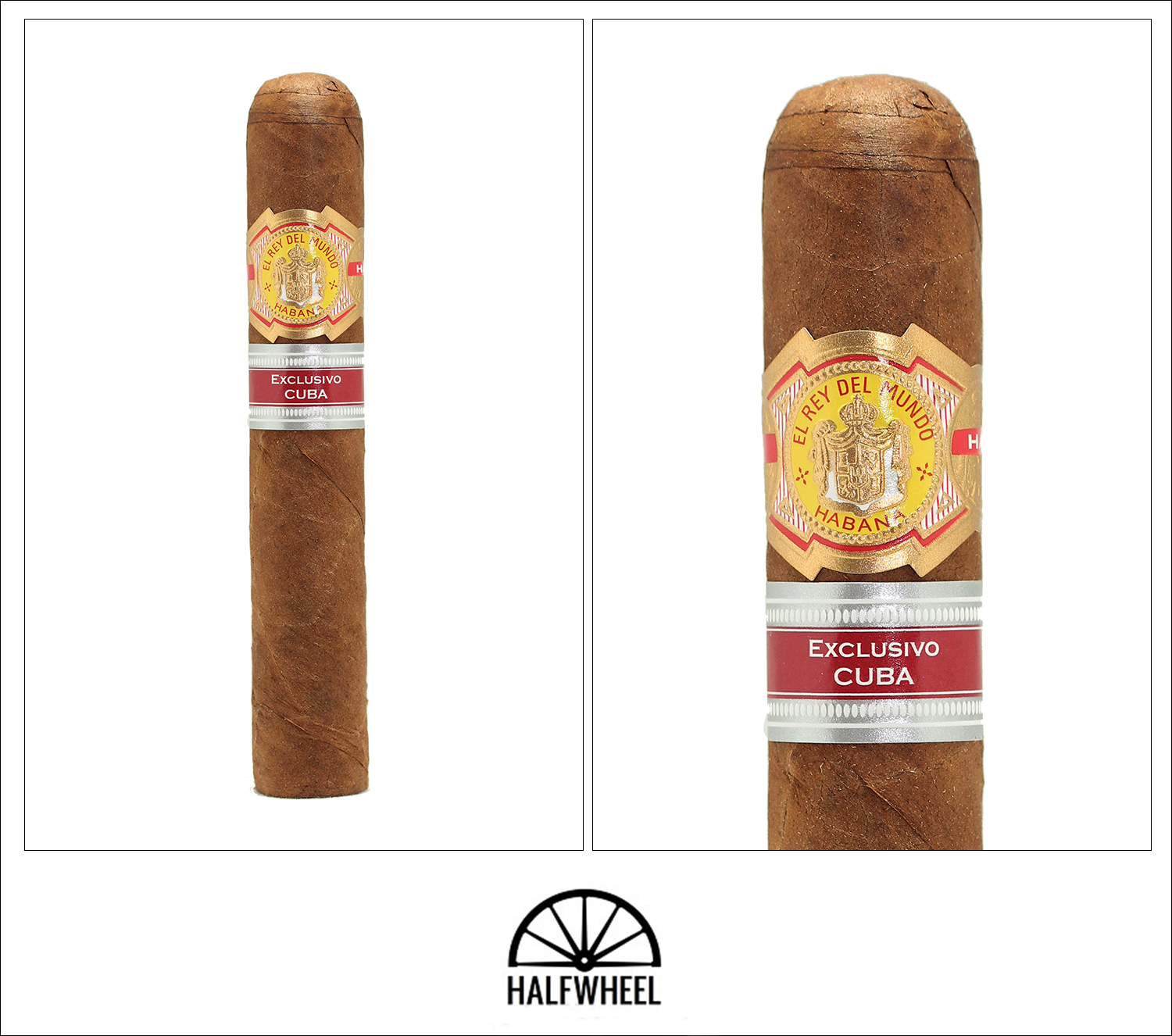 The El Rey del Mundo Infantes has a gingerbread colored wrapper, just on the lighter side of medium brown, with what seems to be the usual amount of veins and texture of most Cuban cigars. One cap was surprisingly sloppy, otherwise they all looked very good, with a visible seam on the roll but no green spots or other visual distractions. Each was generally firm to the touch, though there is a bit of give to be found with enough squeezing. A very subtle pre-light aroma delivers a touch of wheat bread and a faint note of peppermint, while the cold draw shows a bit of resistance, notes of almond and wheat yet no pepper or spice.

The lead in to the El Rey del Mundo Infantes is thick which a flavor of wheat bread crust, and there is a long-lingering tingle left on the tongue with each puff. Spice and pepper are minimal in the early goings, adding just a bit of punch to an otherwise medium-minus flavor profile. The first retrohale is incredibly smooth, offering just a touch of pepper and gliding through the nose with no irritation whatsoever. The first clump of dark gray and cake-layered ash unceremoniously drops off at about an inch in length, with the burn line staying even and crisp through the first third. The cigar is certainly living up to being on the mild side of medium, offering an easy to approach flavor without many upfront flavors. 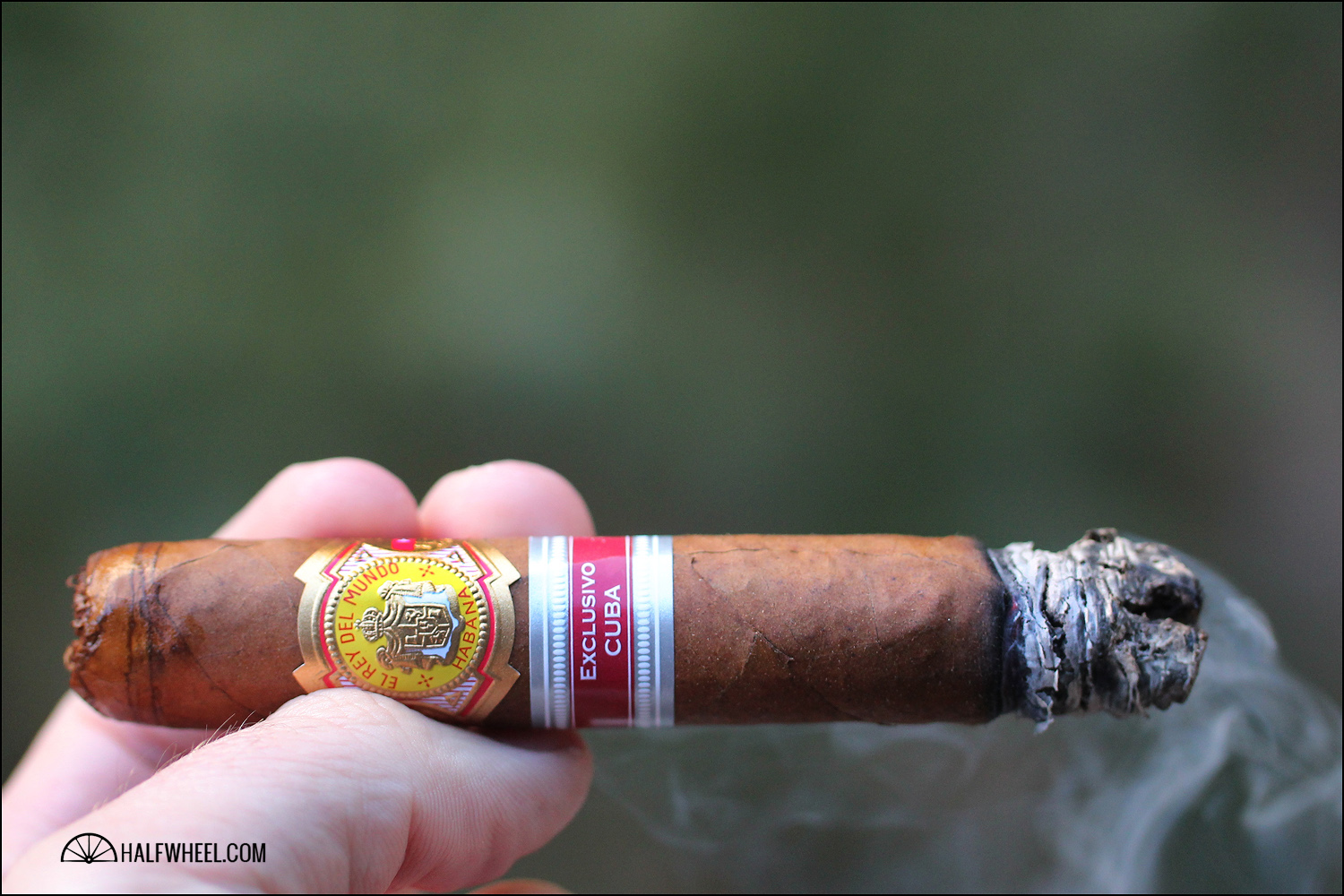 While thoroughly enjoyable, there hasn’t been much in the way of flavor progression as the burn line approaches the midpoint, with the cigar staying true to a mild-plus flavor that stays with the established notes of wheat bread as well as a bit of cake donut. The smoke is just thick enough to be describable as chewy, and while the quantity isn’t anything to note it doesn’t lack. There is a fantastic if fleeting aroma of peppermint that comes off the El Rey del Mundo Infantes at its midpoint, with varying levels of intensity and a true standout in only one of the three cigars smoked. Through the first half there hasn’t been a single note of harshness or that would suggest youth, something I am a bit surprised not to find. Past the midway point, there seems to be a bit more strength that comes along, not particularly through any specific flavor or the addition of pepper, but just a bit more fuerte coming from the leaves. 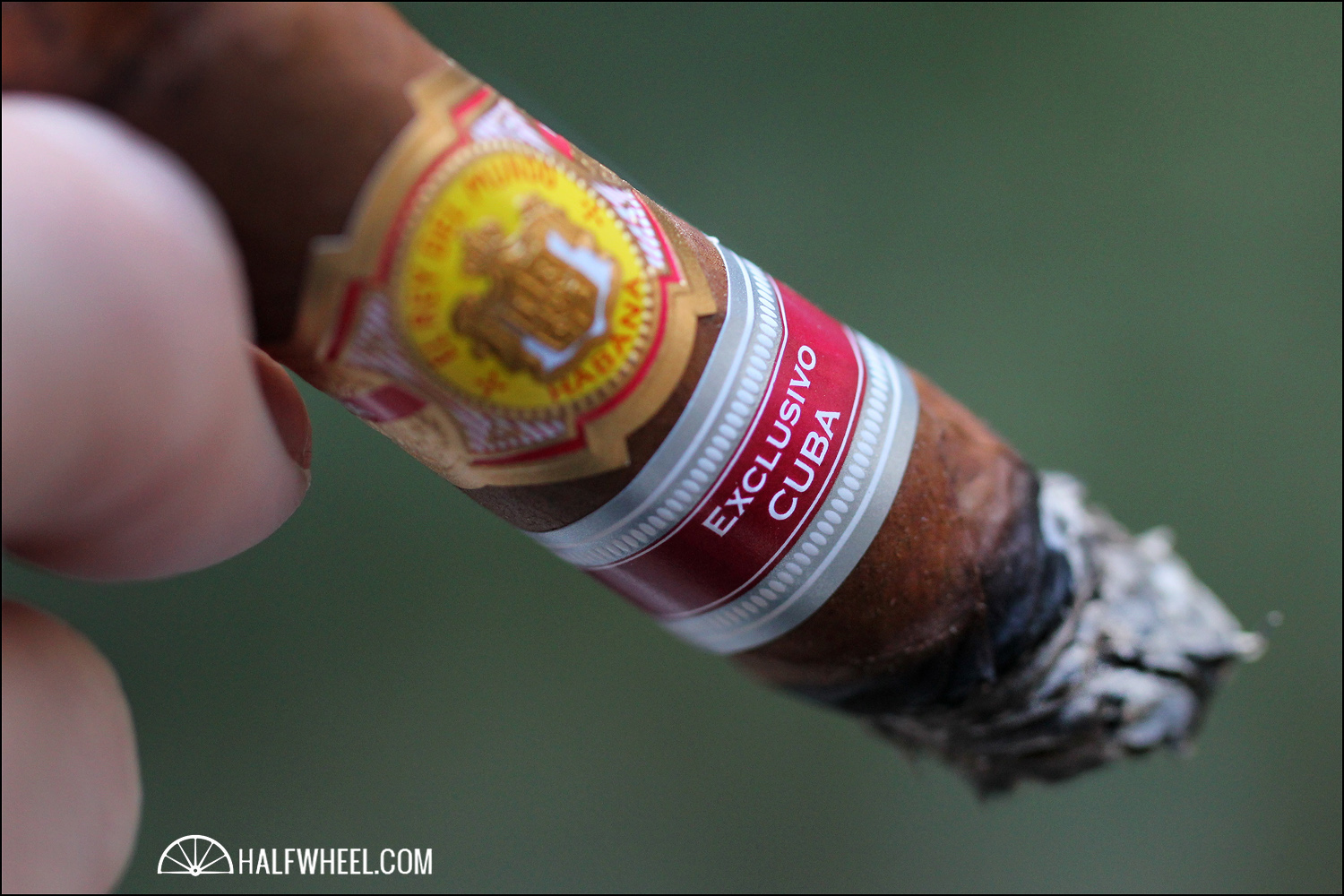 The even burn line continues into the final third of the El Rey del Mundo Infantes, with plenty of smoke coming off the cigar. Flavor-wise, it has settled into a medium strength, medium flavor cigar with a bit more oomph than it showed in the first half but no ill effects from the heat. A bit of the peppermint note has returned on the palate, providing a counterbalance to the additional bit of strength that has come on in this section. There are a few more burn issues to be found in the final third as the cigar struggles at times to stay lit, but a bit more frequent puffing is generally capable of overcoming that challenge. 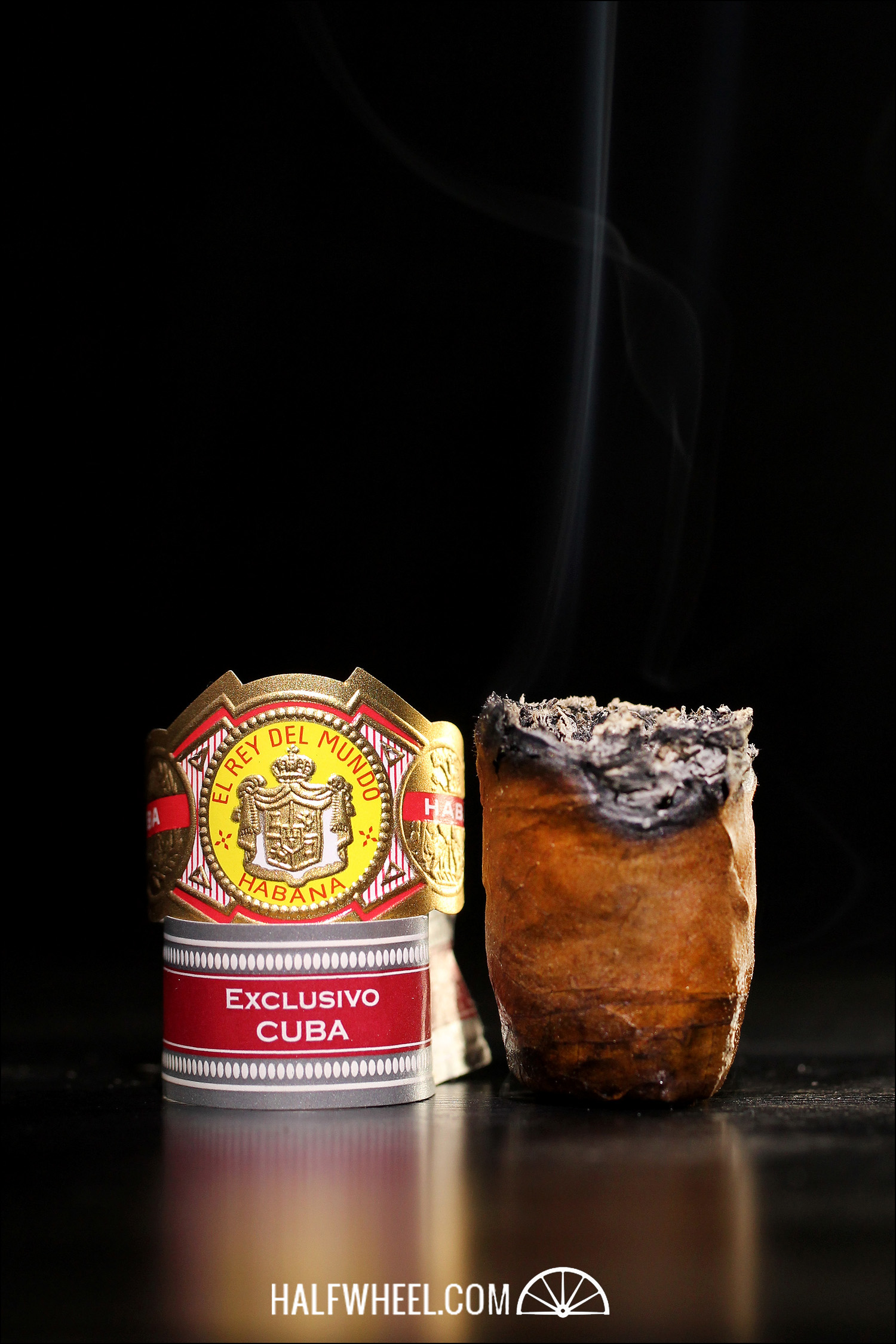 After my experience of being less than thrilled with the La Gloria Cubana Deliciosos, I tempered my expectations with the El Rey del Mundo Infantes. While they are still relatively young, they certainly don't taste like it, and for a cigar known for having a mild to medium profile, delivered on that billing. There was certainly plenty of room for more flavor to be packed into these small vitolas, a point I bring up because I'd be lying if I say each one didn't leave me wanting more out of the cigar. That said, I also know that this marca isn't designed to deliver the firepower of some of the others I tend to prefer—Partagás, Sancho Panza, older Bolívars, etc. But all that said, I'm certainly not disappointed in what the El Rey del Mundo Infantes have offered so far, and I eagerly await to see how the hands of time massage the flavors in these cigars.