When you think of Cuban cigars, you think of Cohiba, Montecristo, Partagás and Bolívar. But, when the average Cuban thinks of cigars, or more importantly purchases a cigar, they purchase something like El Coloso, a peso stick.

Peso sticks rarely make it off the island, aren’t featured in La Casa del Habano stores and are likely unknown by most cigar smokers, even those who claim to be knowledgeable about all things Cuban. They’re sold under a number of different names in bodegas, neighborhood stores where Cubans redeem their ration coupons and pick up other goods.

During my visit to Cuba in April 2011, I was told that this is the cigar of the common Cuban, as the average Cuban would never be able to afford such a luxury like a Cohiba or Montecristo without saving up for months. So, when the average Cuban reaches for a cigar, they reach for something like El Coloso.

I was first introduced to these peso cigars when visiting the city of Trinidad, on Cuba’s southern coast. Our tour guide was walking us through a neighborhood en route to a local bar when we made an unplanned stop at a corner bodega. It was a sparse store, stocked with the essentials of daily life (potatoes, rice, sugar) and a few luxuries such as these cigars. The language barrier was fairly thick as while English is taught in Cuba, not everyone speaks it fluently, so with some hand gestures and help from my tour guide, a deal of four El Colosos for 1 CUC (about $1 USD) was made.

There’s not a lot to report about the cigars. They are made entirely with tabaco negro Cubano (Cuban black tobacco), the original Cuban tobacco that dates back to pre-Columbus days and to what modern day Cuban seed tobacco traces its roots.

The name El Coloso seems to draw its name from the El Coloso cigar factory in Cumanayagua, in the province of Cienfuegos, located southeast of Havana. The cigars are said to be made by the cigarette company Lázaro Peña Gonzalez.

Peña was a labor leader who suffered imprisonment and persecution before going into exile for defending the working class. Following the Cuban revolution in 1959, he became known as the leader of the working class, and despite dying in 1974, he is still considered the Captain of the working class in Cuba. The package also makes mention of TabaCuba, the portion of the Cuban cigar industry who runs the agricultural side of the business. The other, and often better known half is Habanos S.A., the commercial and marketing arm of the operation. The two parts, known collectively as Corporación Habanos, S.A. (CHSA) was established in 1999, and while it falls under Cuba’s Agriculture Ministry, the head of CHSA reports directly to Gen. Raul Castro.

Here’s some pictures of the packaging: 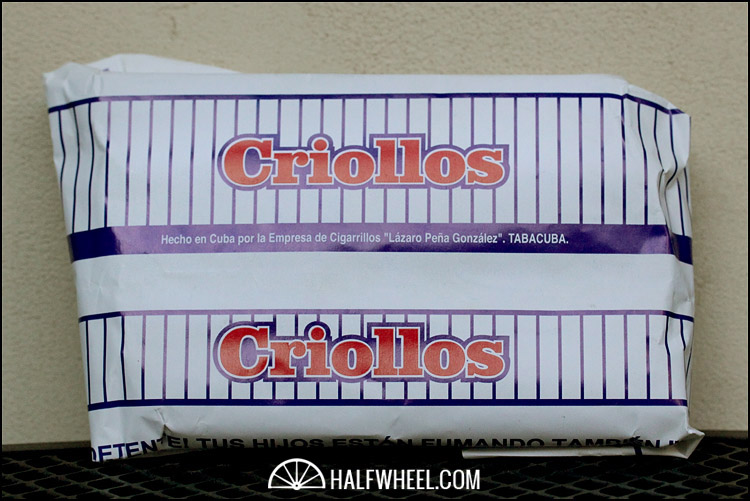 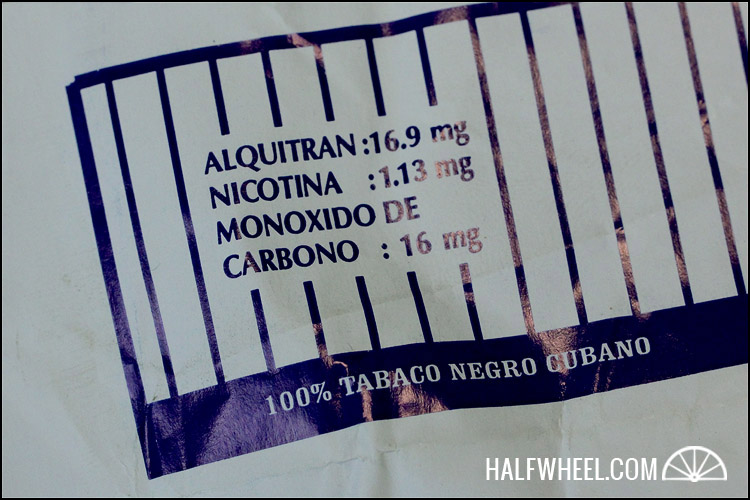 Now let’s light this stick up. 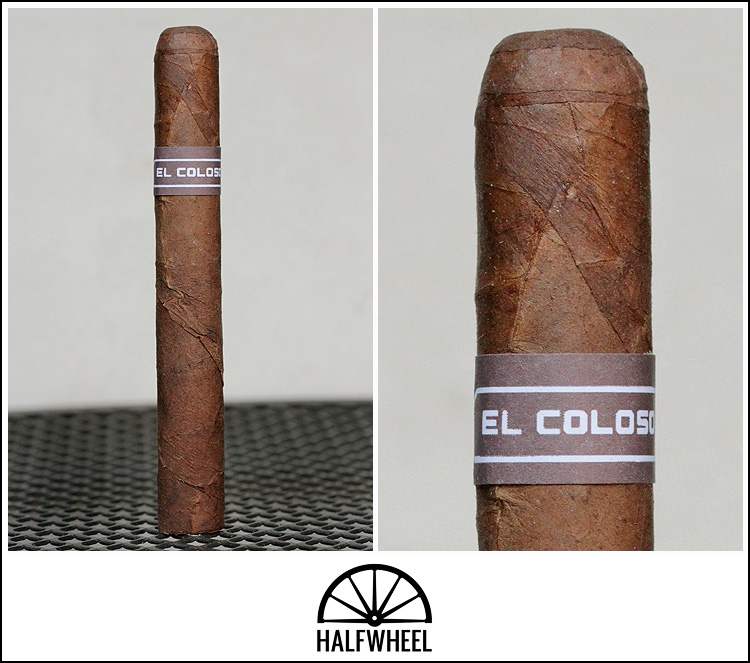 Make no mistake about it, these little cigars aren’t pretty. They’re rolled well, but it’s easy to see that they don’t get the best tobacco to use or that they still have some learning to do when it comes to handling a chaveta. The wrapper leaf of the El Coloso has some jagged edges and several notable veins, though the color is a fairly uniform shade of medium-dark brown. Pre-light aroma shows some faint notes of hickory and earth, though it’s mild at best. The cold draw varied a bit, with one having a nice firmness and the other being a bit more straw-like. Neither showed a lot of flavors, though if anything, it’s got some soil and pure tobacco notes going on.

The initial puff of the first third is a bit disappointing: twangy, a bit sour, certainly not a great start. But before long, the El Coloso burns through that poor greeting and starts to develop into a fairly nice smoke. A bit of charred wood comes out in the nose, while the firmness of the draw keeps the cigar from burning too quickly. There’s no spice to be found at all, and while the cigar has a somewhat rough taste, the smoke seems smoother than it should be, an interesting contrast, but something that seems possible with Cuban tobacco. 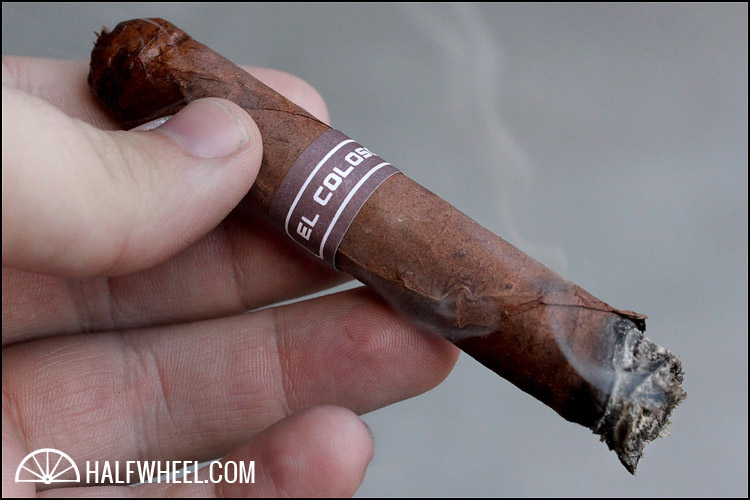 In the second third, the El Coloso has developed some body, but no spice. It continues to burn very well with a fairly sharp burn line and never requires a touch-up. The second cigar seemed truest in flavor, holding course with its woody, earthy note that at times flashes notes of leather to provide an additional layer of flavor. 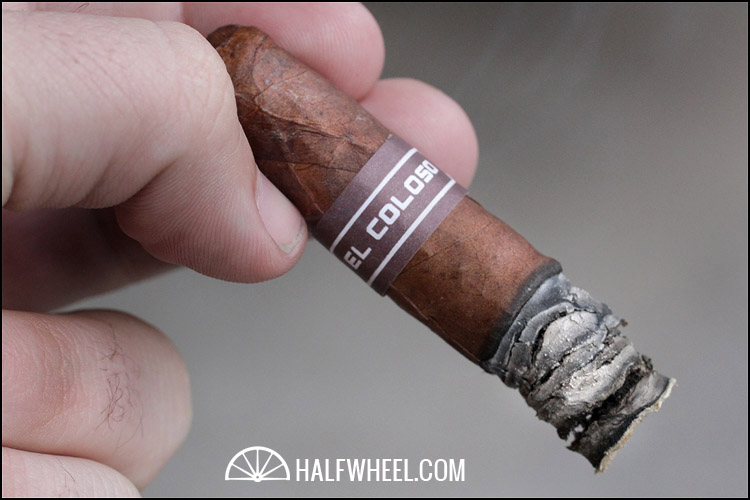 Into the final third, the aroma coming off this cigar continues to be the most impressive part. While the flavors are fairly dry, with leading notes of wood and earth and still no spice to speak of, the aroma has a richness that is unmistakable. In the final few puffs, the smoke becomes hotter and more bitter, but the cigar is still able to be taken down to the nub. There’s no reason to put this out except to save your fingertips from burning. 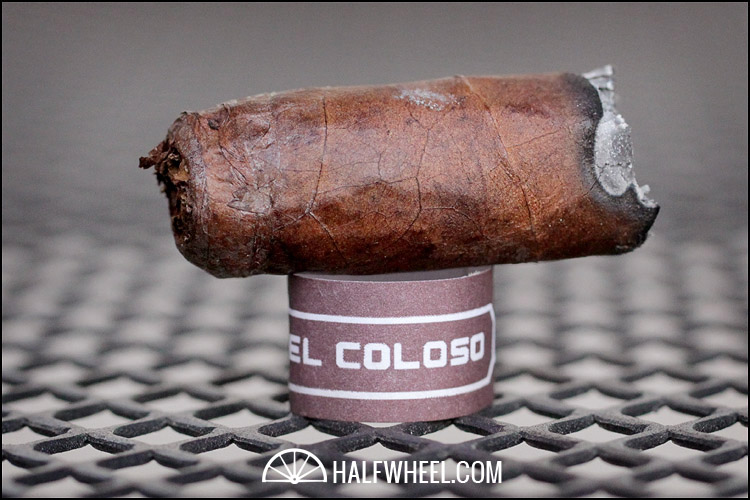 The Bottom Line: I would love to tell you that these are the greatest cigars you’ve never smoked, but then I’d be lying to you, and I just don’t do that. Truth is, they’re good, probably better than you would expect for such a cheap cigar, but they’re not great. But are they something I want in my humidor? Would I buy a bundle of these? Absolutely. While they are tasty, this isn’t as much about taste as it is about feeling less like a tourist and more like a real Cuban cigar smoker and being able to bring back memories of my first visit to Cuba. If nothing less, it’s a cigar that connects me to Cuba and its people in a much more everyday way, and there’s no way to put a score on that.