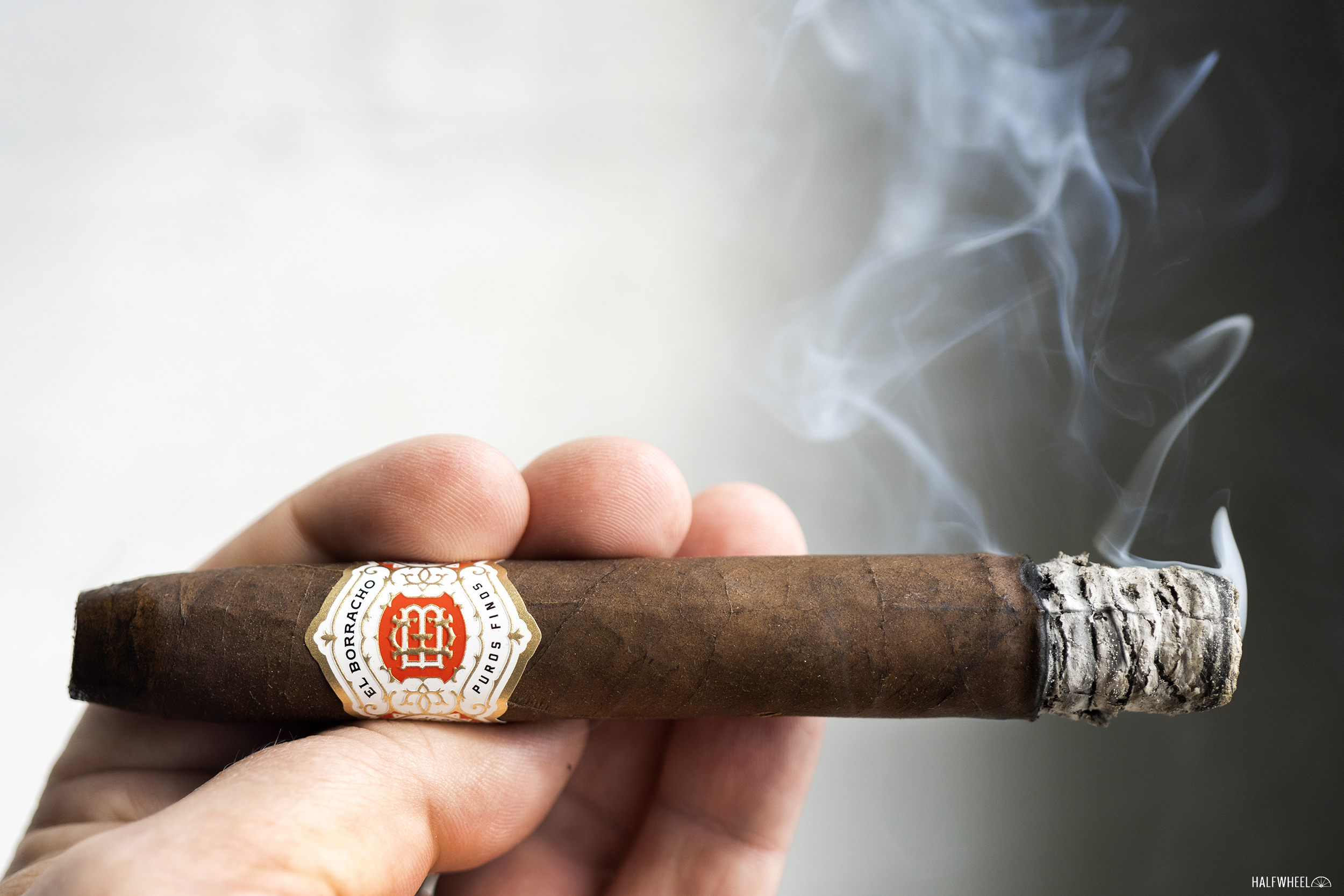 Dapper Cigar Co. was founded in 2013 by Ian Reith, who at the time was a network communications engineer living in Fresno, Calif. One of the company’s first releases was a three-vitola lined named El Borracho—which translates to The Drunk from Spanish—that included a blend made up of a Mexican San Andrés wrapper covering a Nicaraguan binder as well as Nicaraguan filler tobaccos.

In his review of the La Madrina Natural Robusto, my colleague Patrick Lagreid explained how Dapper Cigar Co. got its name:

In building his line, (Reith) said he wanted to avoid the gimmicks that he felt were too prevalent in the cigar industry and instead focus on making brands and cigars that were simultaneously nostalgic and fresh. To do so, he enlisted the help of Dan Gretta on the aesthetics side, while a neighbor of his, Chris Alvarez, prompted the company’s name. A barber by trade with a focus on old-school cuts, he looked at one of Reith’s first creations and remarked, “now that’s a dapper cigar.”

The company announced a new version of the cigar named El Borracho Maduro in 2018 that replaced the original blend’s San Andrés wrapper with a Connecticut broadleaf wrapper. In addition, there is more Nicaraguan ligero being added to the filler, which the company says increases the strength.

After that, not much was heard from either line until June of this year, which Dapper announced it was not only changing the names of its two El Borracho brands but also debuting a new vitola for both lines during the 2022 PCA Convention & Trade Show. In terms of the names, the company renamed the original El Borracho to El Borracho San Andrés while the El Borracho Maduro changed to El Borracho Broadleaf.

In addition, Dapper Cigar Co. also added a new vitola to both lines, namely a 6 1/4 x 52 belicoso. As is the case with the rest of the El Borracho cigars, both of the new belicosos are box-pressed; however, unlike the other three vitolas in both lines, the belicosos are being sold in 20-count boxes instead of 16-count boxes.

Both belicosos are being produced at Nicaragua American Cigars, S.A. (NACSA) in Estelí, Nicaragua, and they started shipping to retailers in July.

With the addition of the Belicoso, there are currently four different vitolas—all box-pressed—in the El Borracho San Andrés line: With a rustic-looking, medium brown wrapper that is smooth to the touch and a noticeable box-press, the El Borracho Belicoso is an attractive cigar from a visual standpoint. However, each of the three cigars had feet that were somewhat different shapes: one was extremely square, one was more rounded and one was actually more of a trapezoid. There are a number of veins, but none of them are overly large or thick, and the cigar has some nice give when it is squeezed. Immediately after taking the cigar out of the cellophane, I can smell strong dark chocolate but there are a few more notes emanating from the wrapper including wood, generic nuts, leather, earth, toasted bread and light nutmeg. Aromas from the foot are fairly similar, with cocoa nibs easily leading the way while notes of raisin sweetness, cedar, cashews, barnyard, hay and slight black pepper bring up the rear. I choose a Dickman cut for the cap, which leads to a cold draw that includes flavors of even more dark chocolate, sweet cashews, creamy cedar, leather, black pepper, cinnamon and roasted coffee beans.

The profile of the El Borracho Belicoso starts out with some obvious notes of both black pepper and toasted bread just after lighting the foot, but the main flavors of cedar and leather tack take over the profile within a few puffs. Additional notes of cashews, gritty earth, cinnamon, espresso beans, cocoa nibs and the aforementioned toasted bread flit in and out at different points, while the retrohale is nicely balanced with small but equal amounts of both black pepper and brown sugar sweetness. Flavor ends the first third at just under medium, while the body struggles to leave the mild mark and the strength hits a mild-plus. In terms of construction, one of my cigars runs into minor trouble early that involves a quick correction with my lighter, but the other two sticks are fine in that regard, and all three cigars feature the same excellent combination of a great draw and plenty of smoke.

A creamy cashew flavor joins the cedar note from the first third—pushing the leather flavor to secondary status—to become the main combination in the El Borracho, followed by notes of dark chocolate, earth, cinnamon, roasted coffee beans and hay in various amounts. One cigar develops a distinct floral note on the finish, but there is no sign of it on either of the other two sticks. The retrohale for all three cigars is visually the same, with a slightly increased amount of black pepper and a bit less of the brown sugar sweetness compared to the first third. Flavor increases to a solid medium, while the body ticks up to mild-plus and the strength to just under the medium mark. Construction-wise, the draw and smoke production remains excellent on all three cigars, but two sticks have an issue that necessitates a touchup each to stay on track. There are not many changes in the profile of the cigar during the final third, as the creamy cedar and cashew combination remain the top notes, easily beating out secondary flavors of earth, tobacco leaves, cinnamon, roasted coffee beans and toasted bread. The floral note on the finish that provided a bright spot to the profile during the second third of one cigar is long gone—it never appeared on the other two cigars—while the retrohale features about the same amount of both black pepper and brown sugar sweetness. The strength increases a bit while the flavor remains exactly where they were at the end of the second third—just over medium and solid medium, respectively—but the body has increased a bit to end up at a point slightly under medium. Finally, while there continues to be copious amounts of smoke from the foot and all three cigars feature excellent draws, two cigars again have some minor burn issues that need correction, one in the middle of the third and one very close to when I put the nub down with under an inch remaining. I have enjoyed a number of releases from Dapper Cigar Co.—its Cubo Sumatra Robusto took the 8th place on halfwheel’s 2019 Top 25 awards—so I was looking forward to what the El Borracho San Andrés Belicoso had to offer. What I found was an enjoyable but fairly linear blend dominated by light cashew and cedar flavors along with a small amount of pepper and brown sugar sweetness on the retrohale. Construction was better than average overall—each of the three cigars needed at least one burn correction, but there were no issues at all with either the draw or smoke production—and the slightly more than solid medium strength was well-integrated, but in the end, there are a number of the company’s blends I would smoke before this one, including the aforementioned Cubo Sumatra, the La Madrina and the Desvalido.