In September, members of the Privada Cigar Club received their monthly package which included a toro-sized cigar from Dapper Cigar Co. that most had probably never heard of. Named Desvalido—which translates from Cuban Spanish to “those without hope”—the new creation was developed by Dapper founder Ian Reith along with Raul Disla of the NACSA factory and members of the Oliva Tobacco Company.

Reith told halfwheel the blend had been in the works for years before it was officially released and in that time it became a personal project for him:

Over the last two years we’ve sample tested small batches of this cigar, in a large number of iterations, each time, receiving feedback from trusted palates. Delivering a stronger blend that checked all my criteria and resonated with me personally was a lengthy process. Nicotine level, blend complexity, smoke production, look, and retrohale, everything had to be just right on this one.

In addition, Reith said that a number of the design elements used for the Desvalido line are meant to be slightly autobiographical. This includes the rooster logo in the center of the band—which reflects not only the Spanish connotations of pride and bravery but also his zodiac birth year—as well as the purple color used in the background of the band, the crowns and gold highlights, all of which are meant to further push against the underdog mentality that is one of the driving forces behind the Dapper brand.

Blend-wise, the Desvalido incorporates an Ecuadorian habano rosado wrapper that was grown by the Oliva Tobacco Co. as well as a U.S.-grown binder. There are also four different fillers: Oliva Tobacco Co. supplies two Nicaraguan filler tobaccos from its Cofradia farm in Jalapa and its La Joya farm in Estelí while the third addition is Connecticut broadleaf sourced from Lancaster Leaf Tobacco Co. Details concerning the final filler leaf were not disclosed, but Reith described it as “some interesting tobacco we’ve never used before and some of which was relatively new.”

The Desvalido line shipped to stores nationwide in four sizes: 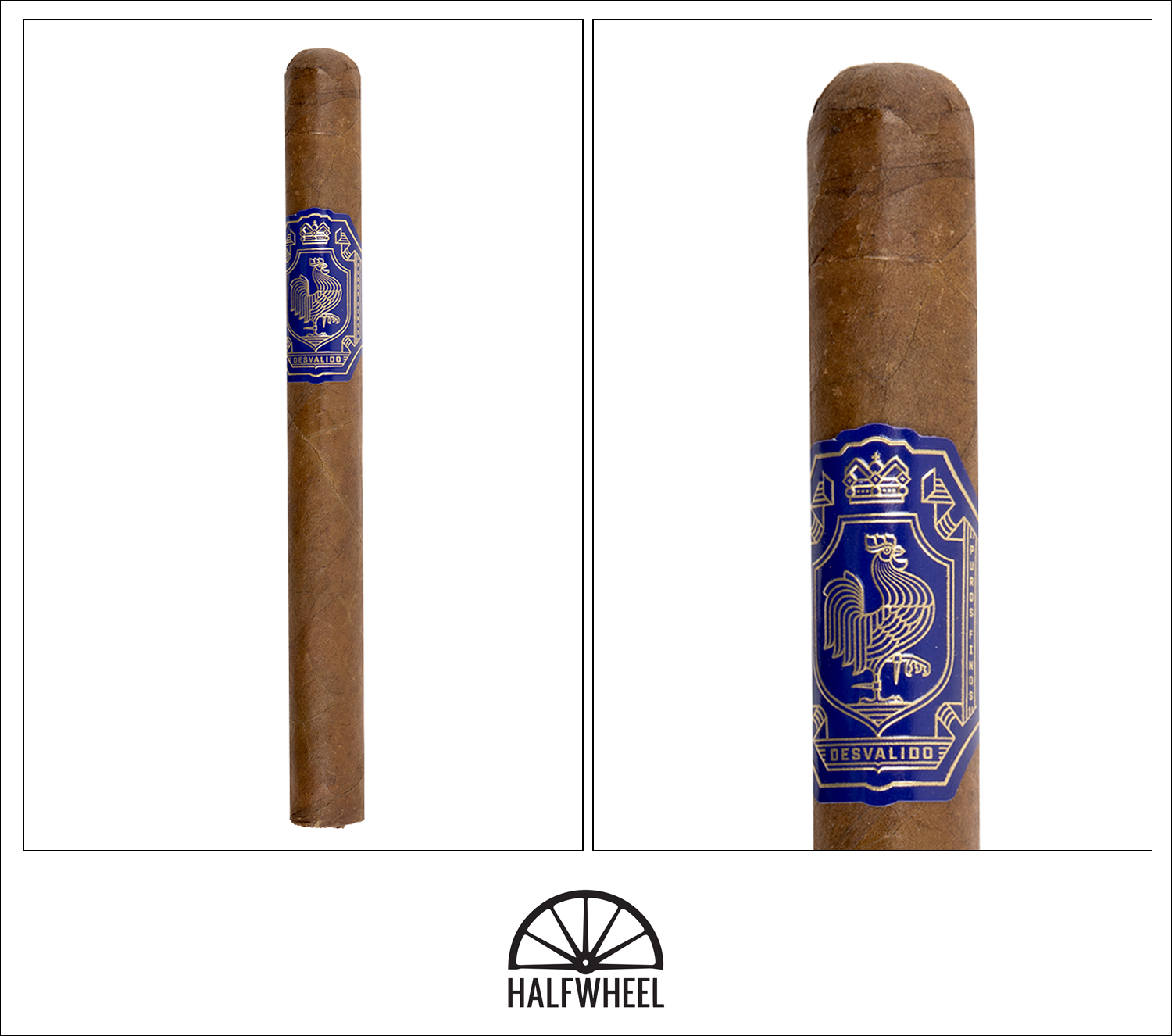 The entire Desvalido Toro package is quite unique with its smooth mocha brown wrapper and purple band sporting the outline of a rooster in gold. The cigar is slightly spongy when squeezed and while there is a bit of oil present, there is not near enough to make it one of the first things I notice. Aroma from the wrapper is a combination of strong cocoa nibs, barnyard, generic nuts, creamy earth, sweet manure and hay, while the cold draw brings notes of creamy oak, hay, peanut shells, bitter dark chocolate, espresso beans, leather and slight fruity sweetness.

The first third of the Desvalido starts with a fairly restrained profile featuring a strong combination of creamy oak and dark chocolate as the dominant flavors, with secondary notes of sweet hay, leather tack, creamy peanuts, and gritty earth flitting in and out in various amounts. There is a very nice dark fruit sweetness on the retrohale that is made even more enjoyable by the light amount of black pepper that is also present, as well as a not-insignificant amount of spice on my lips that already seems to be fading. Construction-wise, the draw is excellent after a straight cut while the burn is very close to razor sharp and overall smoke production is quite high off of the foot. The strength is noticeable without being overwhelming so far but fails to make it to the medium mark by the time the first third comes to an end.

Although the spice that was so noticeable on my lips in the first third has essentially faded away to nothingness by the start of the second third, the black pepper on the retrohale is still hanging strong and the dark fruity sweetness is now distinct enough to remind me of cherries. There is also more distinctness to the flavors in the profile, and while it is still dominated by the same creamy oak and bitter chocolate combination, there are some additional secondary flavors that do a great job in bumping up the overall complexity a bit. That list includes not only a generic vegetal note , but also popcorn and a touch of floral. In terms of construction, the draw continues along its excellent path, and while the burn has started to waver a bit more, it is not near enough to need touching it up. Strength-wise, the Desvalido has increased enough to reach the medium mark, but has seemingly stalled out there for the moment. The cherry sweetness on the retrohale becomes a major player during the final third of the Desvalido Toro, sharing the dominant spot with the familiar oak and bitter dark chocolate combination. Additional flavors of vegetal, barnyard, leather tack, espresso beans, hay, tobacco and slight citrus rise and fall as well, although none are strong enough to come close to breaking the stranglehold the aforementioned dominant notes have on the profile. Thankfully, the burn has evened up nicely and remains that way until the end of the cigar, while the draw is as good as ever and the smoke production continues to flow from the foot with abandon. Finally, the Desvalido increases enough in terms of strength to get just over the medium hump, but never threatens to go any further, and I put the nub down with a bit more than an inch remaining. I am a sucker for a good story, and the personal attributes built into the history, blend and packaging of the Desvalido certainly qualify in my mind. Beyond those points, the new creation is an easy smoking blend that includes some very distinct flavors, including the creamy oak and dark chocolate combo that dominated the profile and the cherry sweetness on the retrohale. Throw in the almost flawless construction and overall decent balance, and the final product ends up being a very enjoyable cigar that is fairly easy to recommend trying out for yourself.