Debuting in 2014, the Davidoff retailer anniversary exclusive program allows appointed merchants to commemorate major anniversaries by incorporating their branding onto a special Davidoff of their own.

As part of the program, Davidoff chooses a specific size every year—this year’s vitola is a 6 x 52 belicoso—and a specific cigar to serve as inspiration. It then makes five blends and sends each of the five blends to interested retailers, who get to choose which one they would like.

Charlie Minato explained a bit more about the program:

We are told that the blends are not identical to existing Davidoff blends, for example, you should not be able to choose a Millennium Blend in a 5 1/4 x 54 format—and that multiple retailers could in theory choose the same blend. Each retailer must purchase at least 300 boxes of 10, although they can order more and the cigars are shipped at the same time. 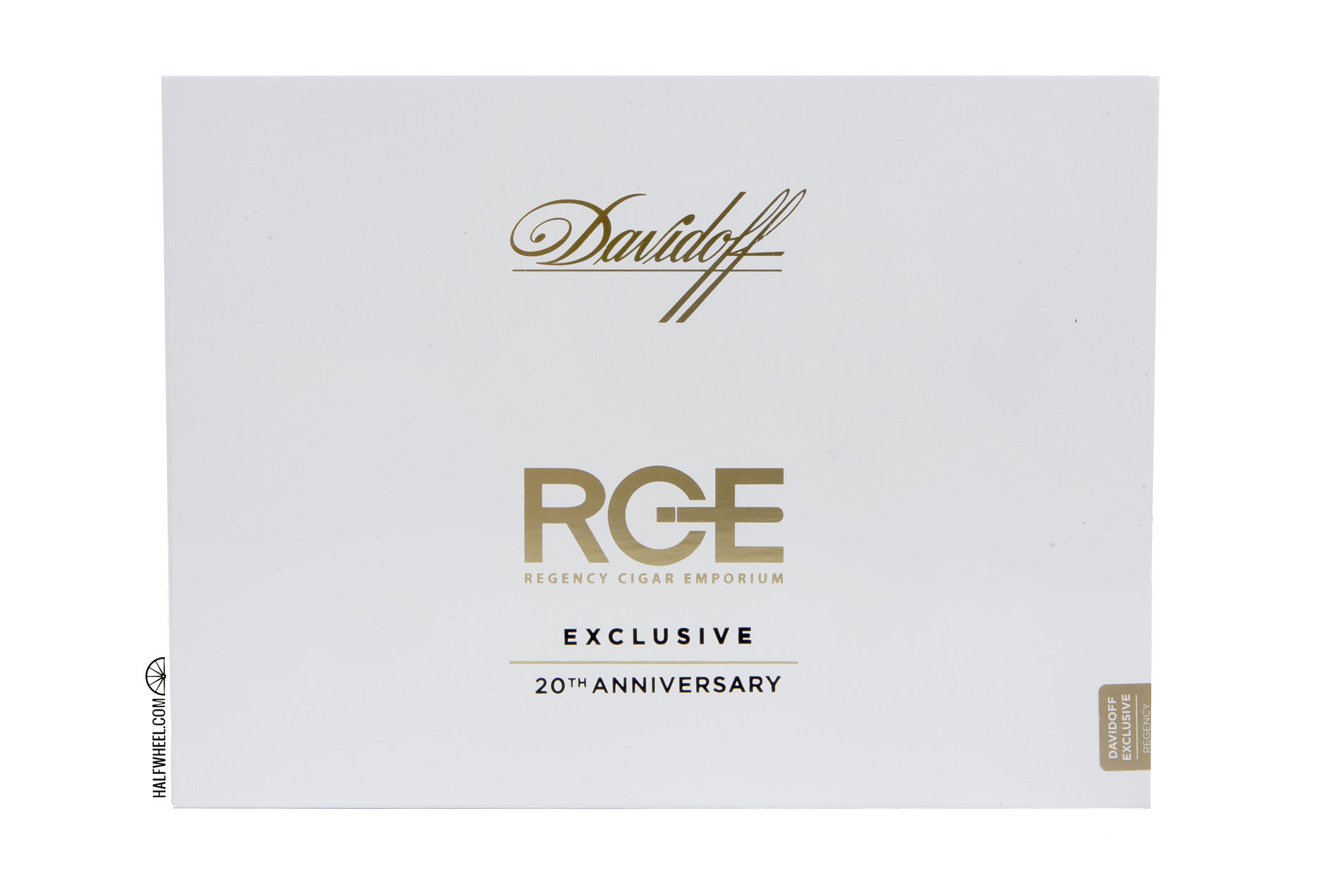 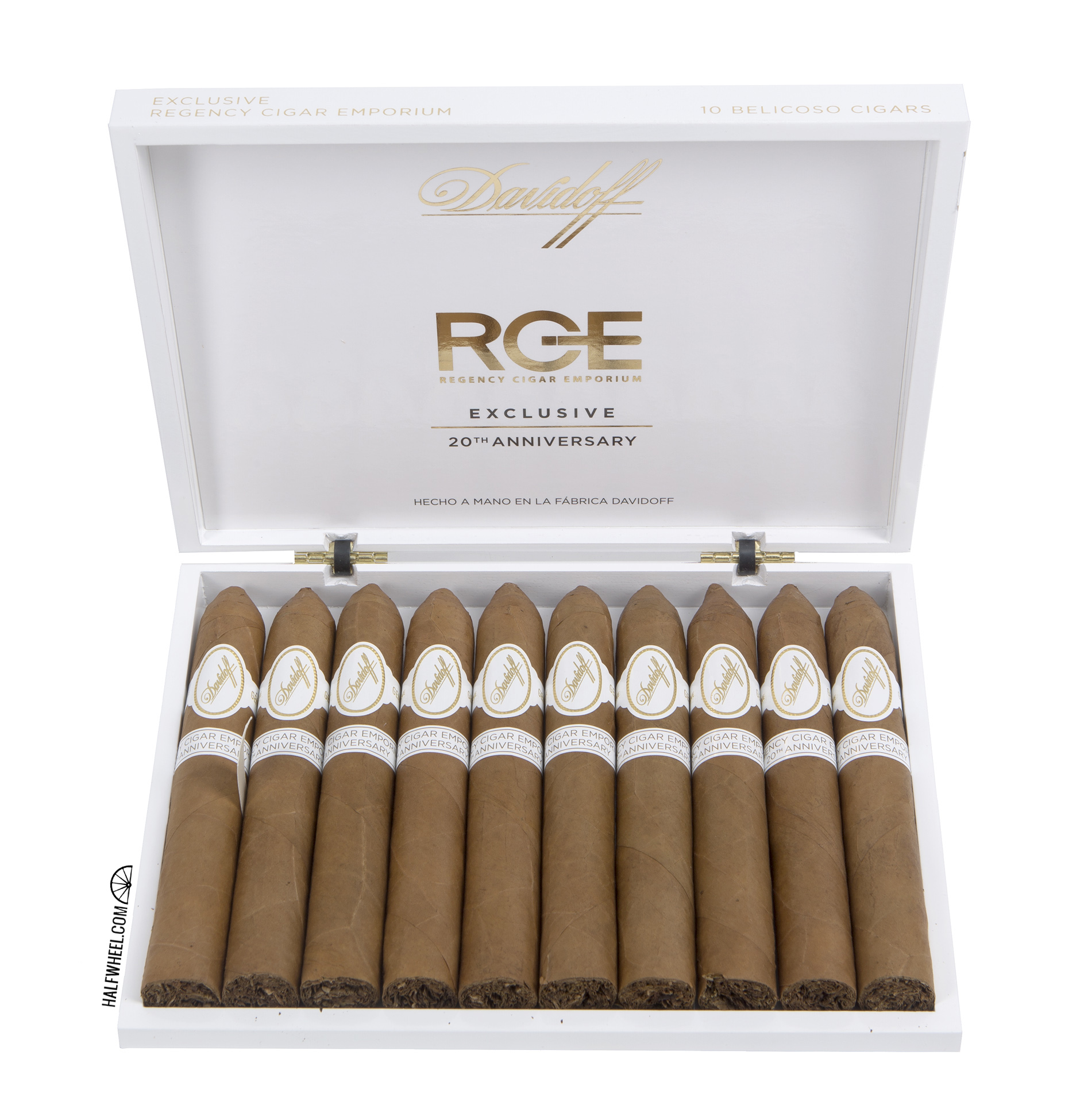 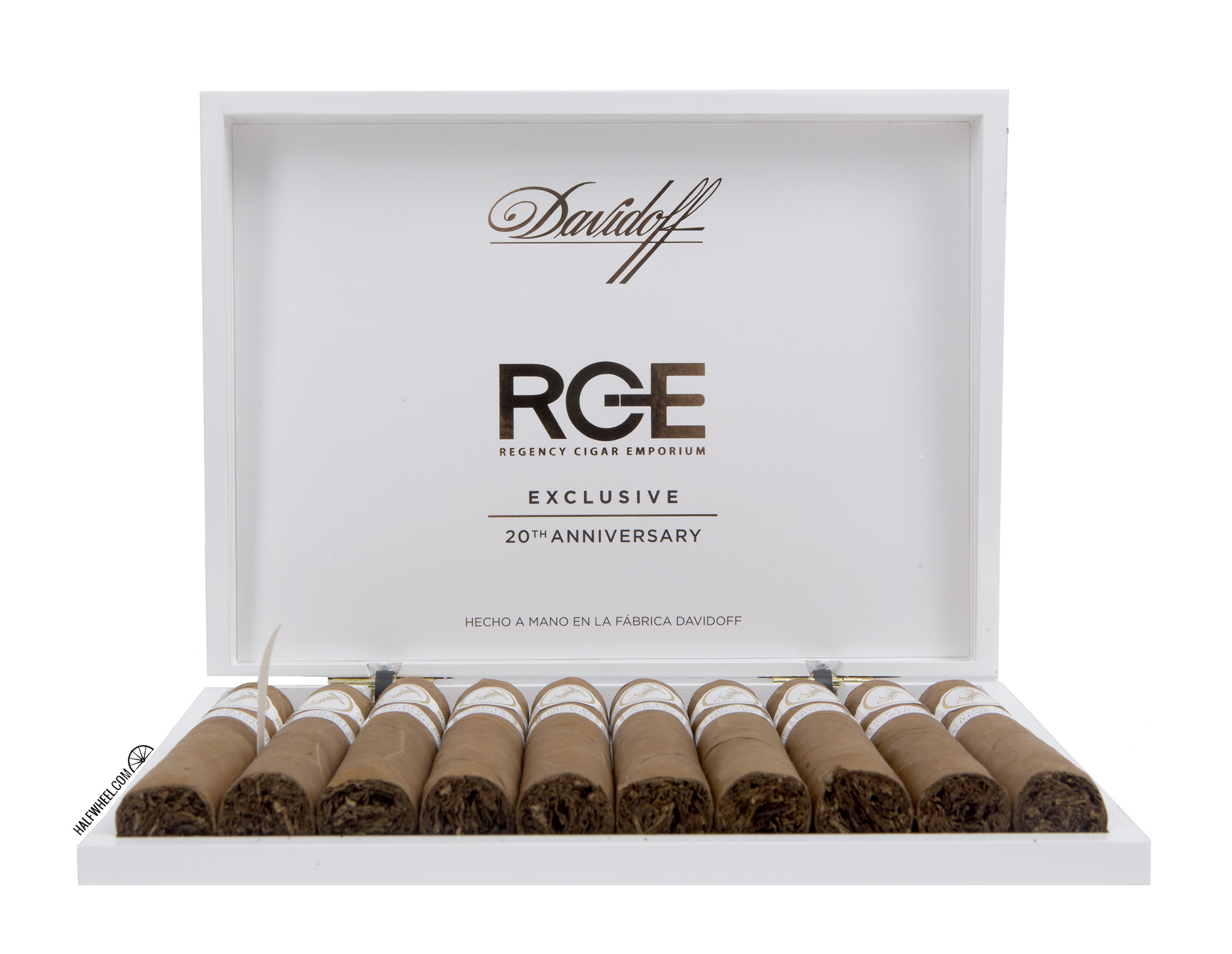 Rhode Island-based retailer Regency Cigar Emporium is one of the Davidoff merchants to receive a release this year to celebrate the store’s 20th anniversary in business. Dubbed the Davidoff Regency Cigar Emporium Exclusive 2016, the cigar incorporates a Connecticut-seed Ecuadorian rojiza wrapper covering a Dominican binder and Dominican filler tobaccos. Only 3,000 cigars sold in boxes of 10 were produced for Regency, with each cigar retailing for $20. 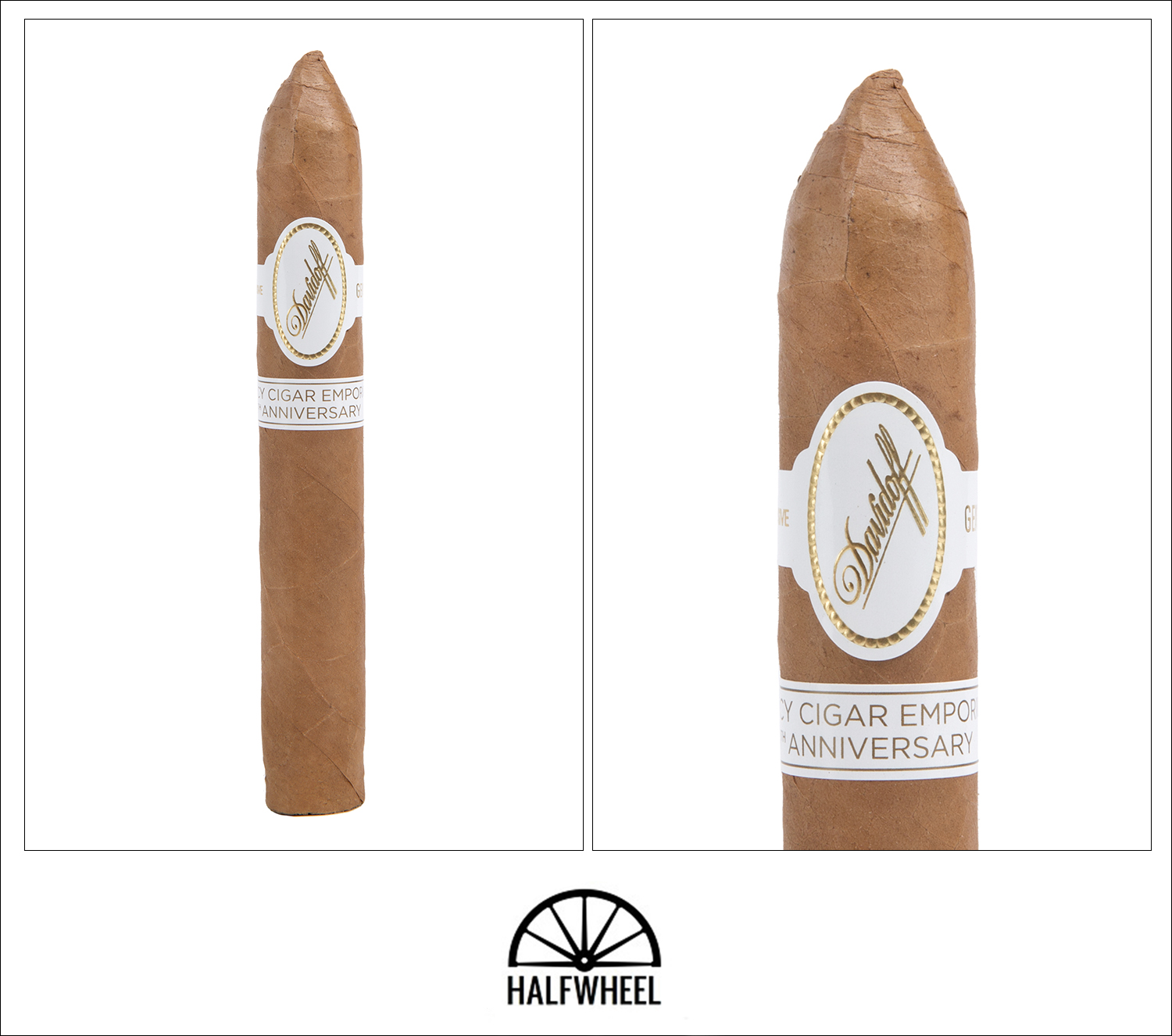 Covered in a nutty brown wrapper, the Davidoff Regency Cigar Emporium Exclusive 2016 shows off just a touch of oil as well as some minor veins running up and down the length. There is a bit of give when the cigar is squeezed, and there is evidence of a very small box-press. Aroma from the wrapper is a combination of earth, leather, manure, creamy nuts and sweet nutmeg, while the cold draw brings flavors of roasted peanuts, leather, sawdust, hay and oak.

Starting out the first third, the Davidoff Regency Cigar Emporium Exclusive 2016 features an immediate vanilla bean sweetness, followed by a dominant roasted peanut note and lessor flavors of ground coffee, earth, aged oak, dark chocolate, barnyard and slight dank mushroom. There is a touch of white pepper on the retrohale that does seem to be gaining strength as the first third burns down, and the finish is chock full of creamy peanut note. The draw is excellent, and while the burn is not razor sharp, it is far from giving any issues whatsoever. There is plenty of dense, white smoke, and while the over all strength is not exactly overwhelming, it does manage to hit a point close to medium by the time the first third comes to an end. The vanilla bean sweetness fades into the background during the second third of the Davidoff Regency Cigar Emporium Exclusive 2016, replaced by more creamy peanuts and aged oak. Other notes of musky mushroom, cocoa, barnyard, leather, espresso beans and hay flit in and out, while I am also picking up a bit of saltiness on my lips. There is still some sweetness on the retrohale, albeit less than in the first third, and the white pepper has actually increased a bit compared to the first third. Construction-wise, the draw continues to impress, while the burn has evened out nicely, and the smoke production remains above normal. The overall strength reaches the medium mark early in the second third, but stalls out there, and does not seem to be going any further by the time the final third begins. Just when I thought I had the profile of the Davidoff Regency Cigar Emporium Exclusive 2016 down, the cigar throws me a curveball in the final third, embodied by a very distinct grapefruit citrus note on the retrohale that remained in the profile throughout the final third. The dominant flavors are still a combination of creamy nuts and oak, but I am also tasting flavors of barnyard, leather, dark chocolate, coffee, grass, earth and toast. The saltiness from the second third is long gone, but both the vanilla bean sweetness and white pepper on the retrohale have increased. The burn and draw continue to impress, and the overall strength ends up at a solid medium by the time I put the nub down with about an inch left. I have to say, I have enjoyed the Davidoff retailer anniversary exclusive cigars I have smoked, and the Davidoff Regency Cigar Emporium Exclusive 2016 is no exception. Both creamy and sweet, the profile is very well balanced. While I did pick up some of that dank, musky mushroom flavor that I am not a big fan of, it was mostly regulated to the second third. A nice entry in the Davidoff retailer anniversary exclusive series, and a worthy cigar to commemorate such an auspicious occasio