Since Habanos S.A. began its Edición Regional program in 2005, it’s fair to say that 2009 was the beginning of the apex of the program: it set a high with 23 releases spread across nine different marcas and 16 different countries and regions, a mark that would stand for two years until there were 25 Edición Regionals release in 2011. It was the year that saw the first regional edition produced for Cuba—the La Gloria Cubana Deliciosos—and in the case of Germany, it was the year when a unique combination of cigars were released from the same brand but in notably different sizes.

The 5ta Avenida, which Brooks Whittington reviewed in September 2009, was a 109 vitola that measured a lengthy 7 1/4 inches with a 50 ring gauge, a size that had not been produced for some 35 years at the time of its release, and which used blend specifications that dated back to the 1950s, which earned it the description of being “the first old-style Havana cigar made in decades.” It was the original format of the Partagás Lusitanias and Ramón Allones Gigantes, and while it may not look particularly noteworthy at first glance, a closer look at the conically shaped head should give the smoker an appreciation for the skill of the torceador, as it is a much more challenging shape to roll that it might appear. 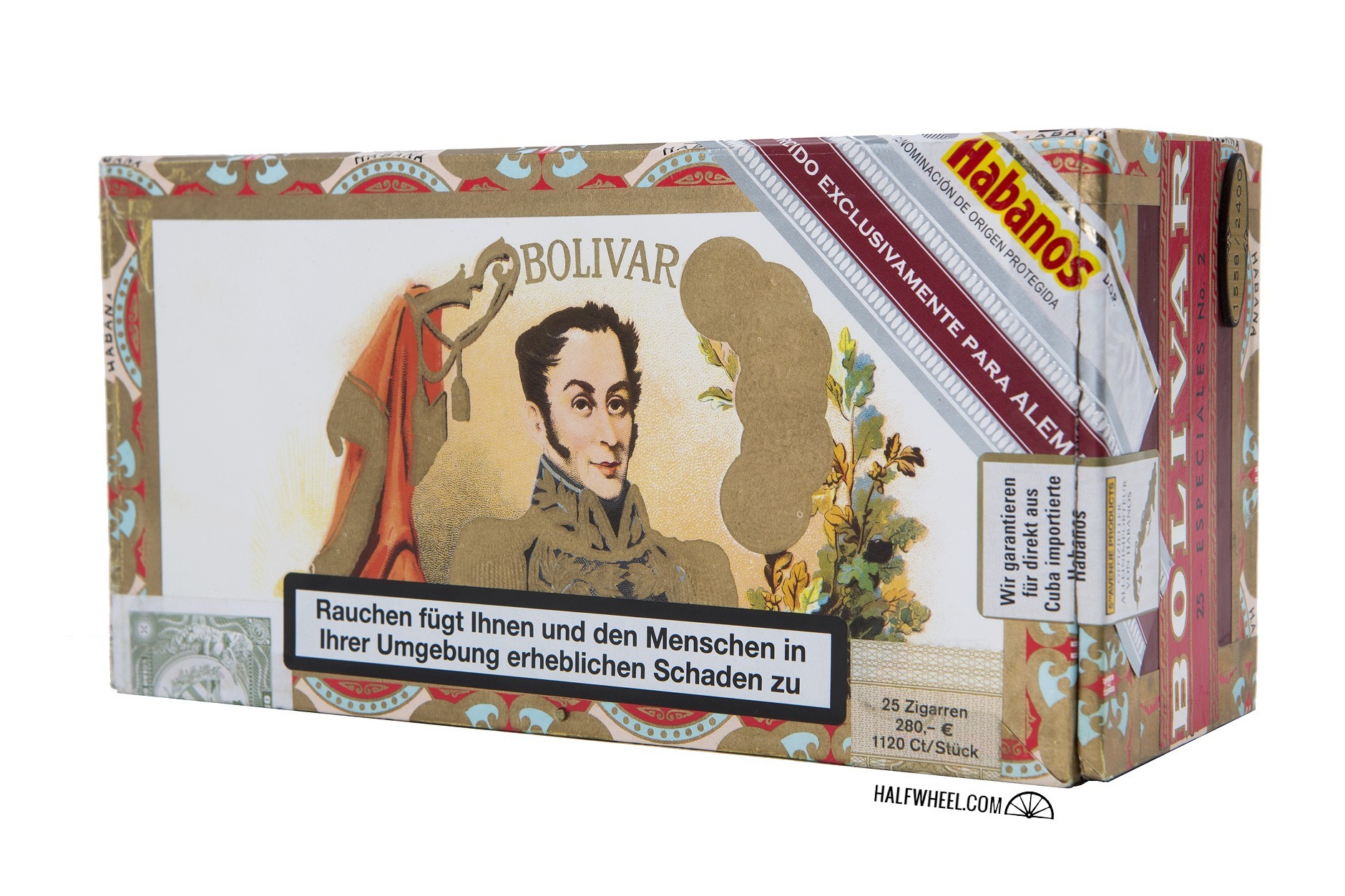 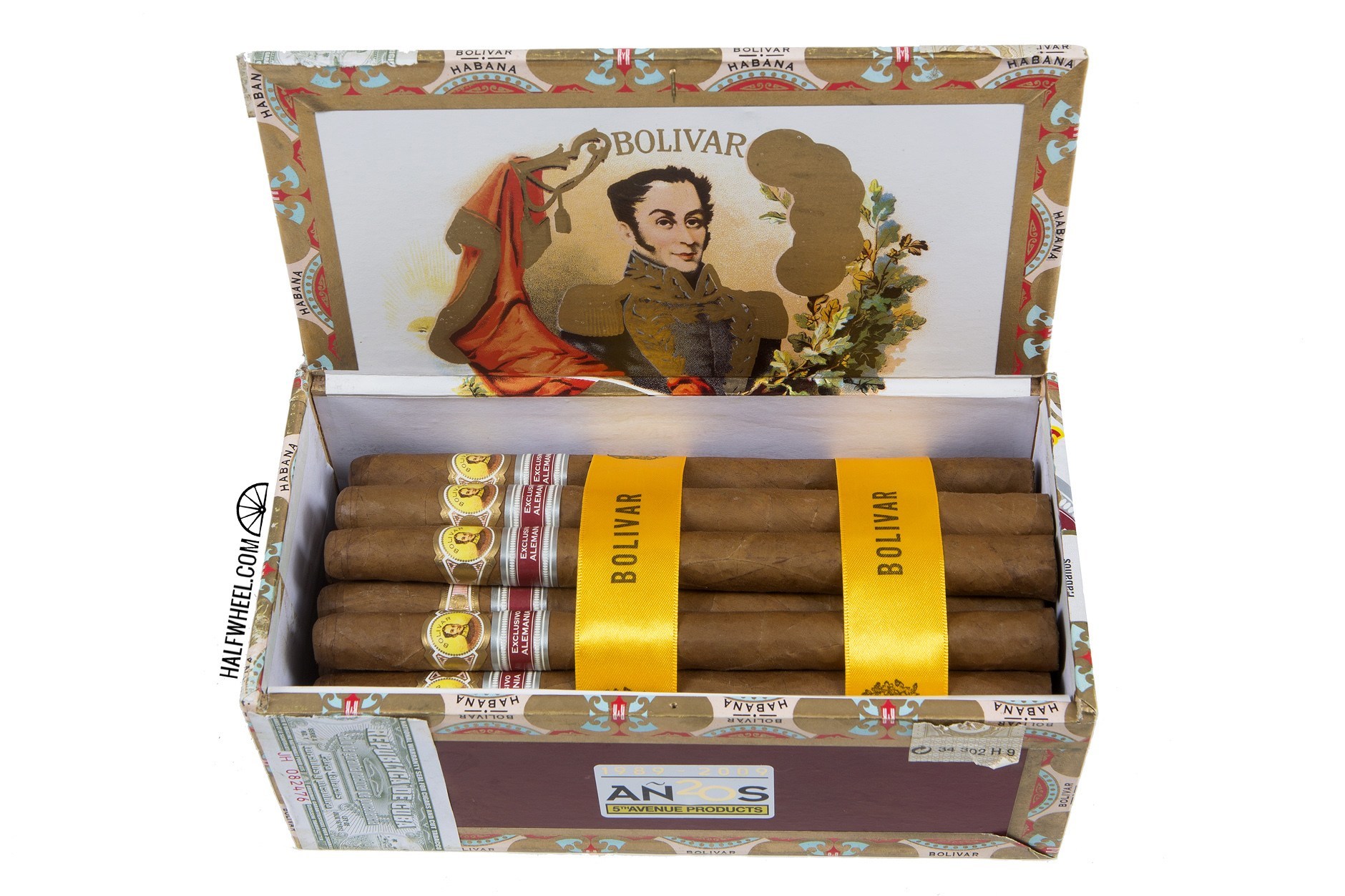 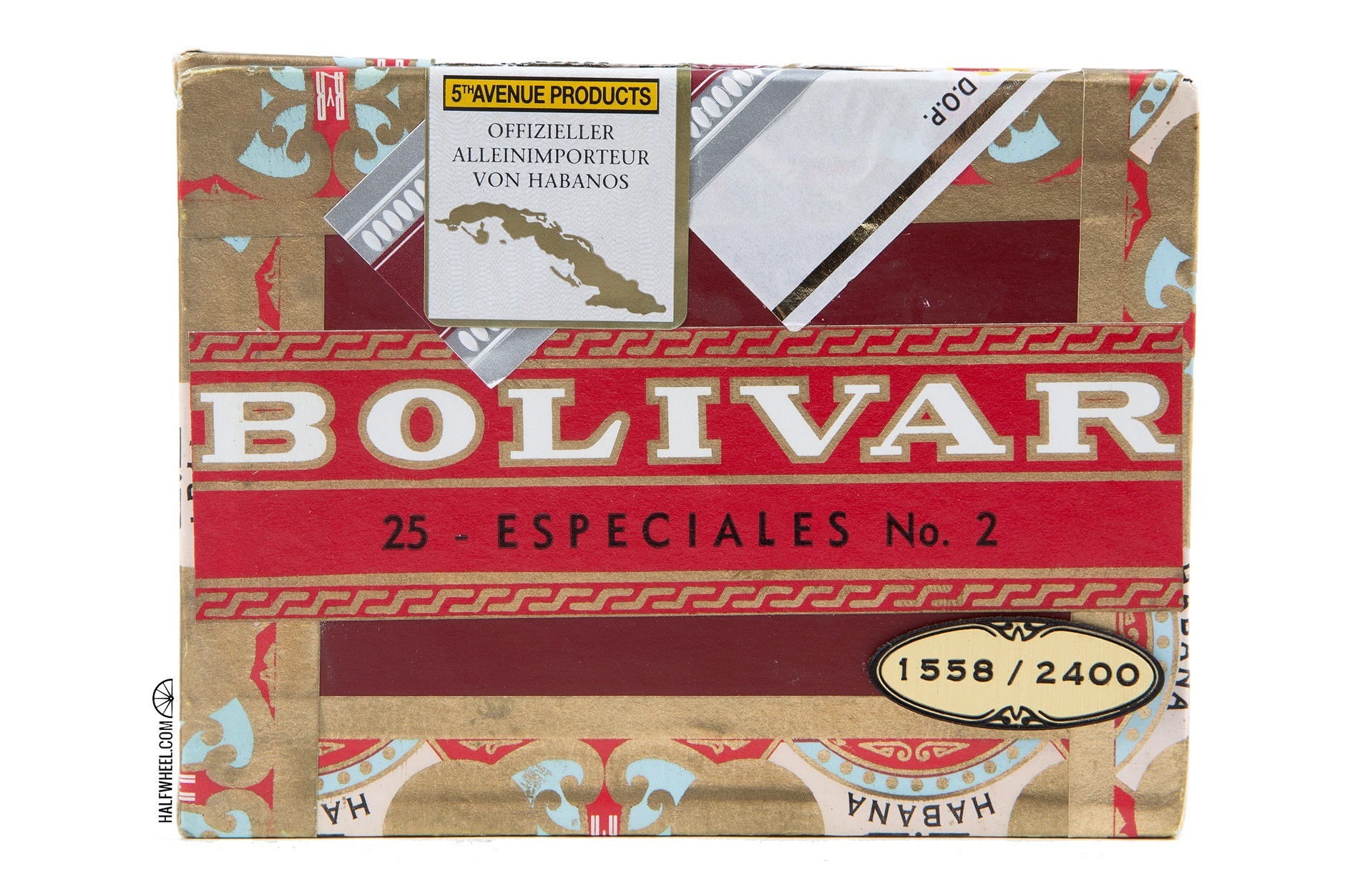 On the other end of the spectrum is the Bolívar Especiales No.2, a long panetela vitola measuring 7 9/16 inches (192mm) with a slender 38 ring gauge, a size known as the Laguito No.1 which may be best known as the Cohiba Lancero. The size is a reinstated vitola that dates back to the 1980s; the original was a handmade cigar that came wrapped in an aluminum foil bundle and packed in 50-count boxes. CubanCigarWebsite.com lists it as a “very rare” cigar and speculates that it may have been a special release or private commission.

As is protocol with the Edición Regional series, the cigars wear a standard–albeit small–Bolívar band as well as a secondary band that says Exclusivo Alemania, which is the Spanish word for Germany.[ref]Not every ER has had a secondary band.[/ref]

Since the three-year span from 2009-2011 when there were more than 20 ERs released every year and multiple countries or regions getting two releases in a single year, the program underwent a bit of reworking in 2012, with distributors limited to one release per year and no guarantee that a region will get an Edición Regional release, with the distributor responsible for underwriting the cost of the cigars.

The Edición Regional program has been in existence since 2005 and utilizes the 17 local and multi-local brands for its releases exempting the 10 worldwide premium global and niche brands. There is a requirement that at least 25,000 cigars are produced and are available for one to two years, after which time the cigar can be added to the line’s current production range. The vitolas used for Edición Regional releases must be selected from Habanos S.A.’s current production vitolas, but must not be already used in that line.

The cigars are generally released in August, September and October, though that has certainly not been a hard-and-fast rule, with releases often being pushed into the first quarter of the following year. 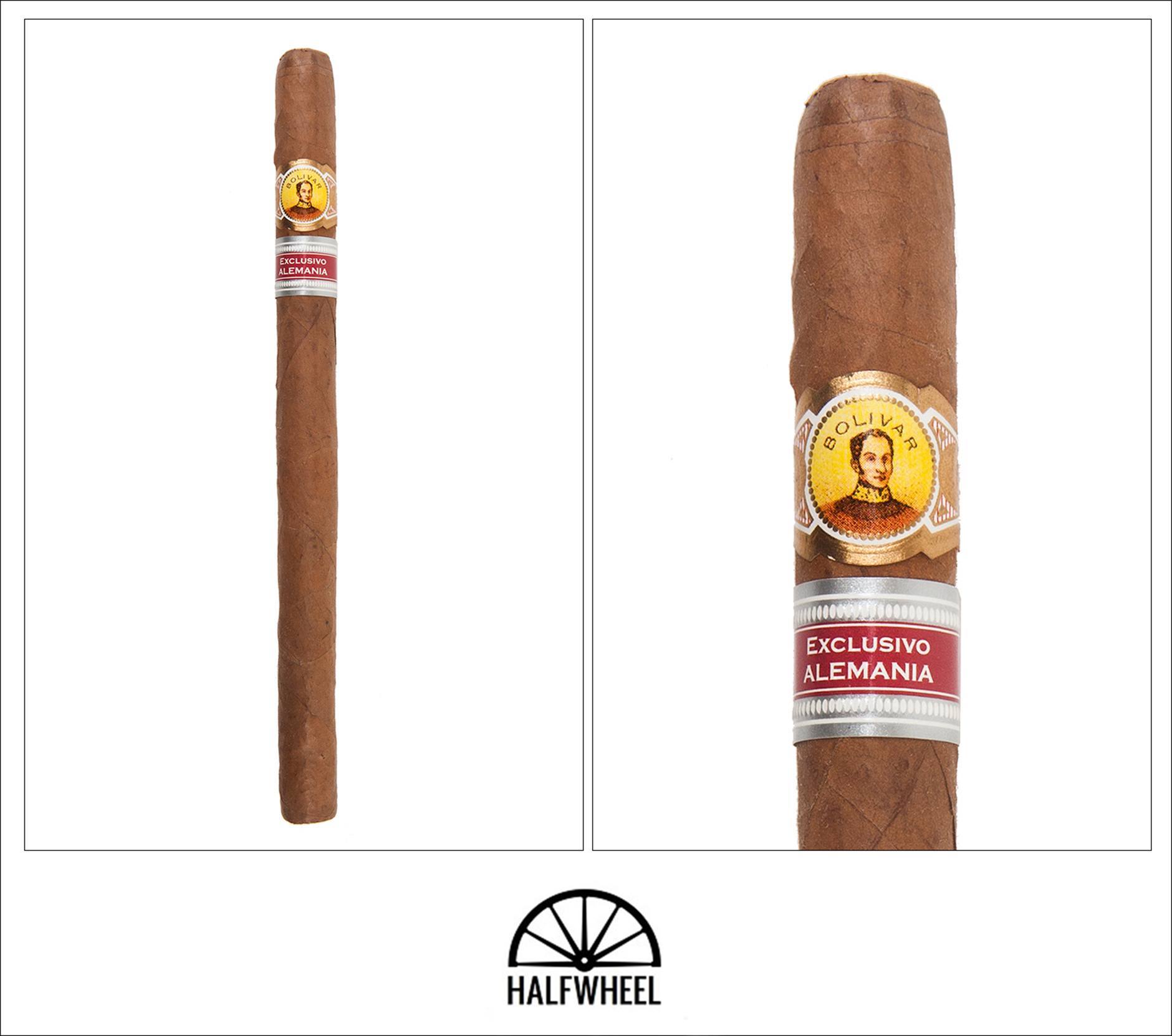 The Bolívar Especiales No.2 has what I’ve come to associate with the typical Cuban sponginess but it is certainly firm, with an even, caramel colored wrapper. Across all three samples smoked, I could only find one spot that wasn’t uniform in shade, showing a slight green tint to it, something I’m more accustomed to on regular production cigars. It’s also an unmistakeable Cuban wrapper with its signature veins and texture. The pre-light aroma is almost non-existent on two samples, offering little in the way of distinct aromas by which to characterize it, while on the cold draw I get light notes of honey and graham cracker, a surprisingly sweet profile coming from a cigar I think of as almost the exact opposite, while the draw is near perfect on each sample.

Immediately upon lighting I am greeted by a strong wood taste, slightly damp but with plenty of vibrancy. There isn’t a lot of pepper out of the gate yet the Bolívar still offers a bit of bite on the palate, while it’s mellow through the nose but certainly not shy. I’m impressed by the smoke production of this smaller ring gauge cigar, as even in breezy conditions I can still see an appreciable amount of smoke coming off the cigar. The pepper begins to linger around a bit more by the time the burn line is about three-quarters of an inch along, slowly building and stepping forward in the flavor equation as the retrohales get brighter and punchier by the one-inch mark. The incredibly dark gray ash holds just past the one-inch mark, and the cigar is showing that it still has a good bit of strength while being very well balanced for a pepper-forward profile. Shortly after the departure of the first bit of ash, I begin to pick up notes of coffee, rock and earth with almost no sweetness or floral notes to speak of, leaving a lingering tingle of clean robustness on the tongue. The draw and burn have been both been very good. 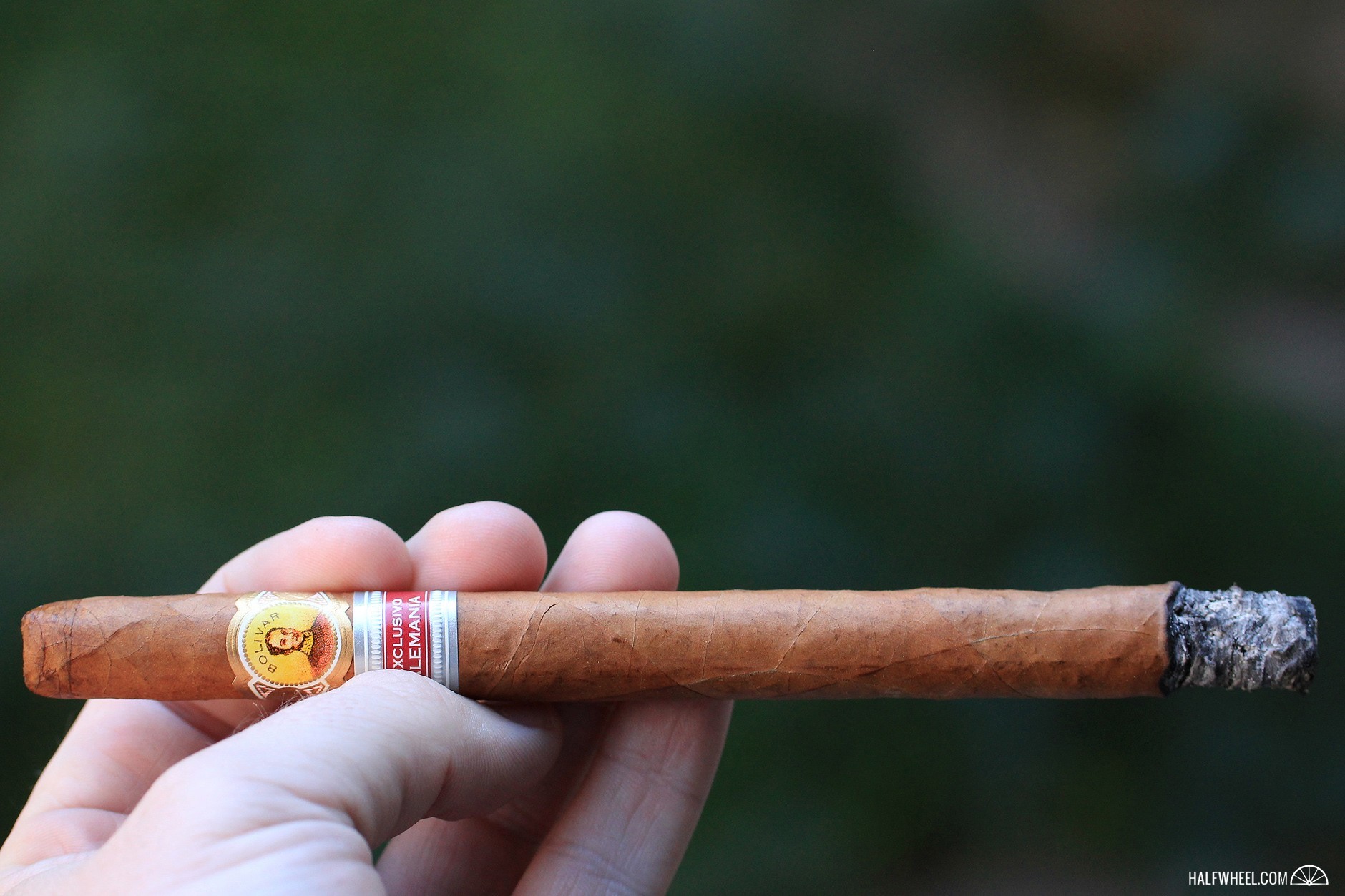 Into the second third of the Bolívar and the flavor profile is still pepper-forward, and it is as bright as ever both on the palate and in the nose, as its even more punchy in the nostrils than it had been earlier. While I’m not getting much in the way of flavor changes or serious complexity, the clarity of the flavors is downright impressive and leaves almost nothing lacking from each puff. The burn line stays sharp and even, with the dark gray ash doing its best to hold on and produce inch-long clumps. The flavor profile has been fairly linear through the midway point, and it’s only at the end of this portion do I start to sense a bit of a shift, as the pepper, rock and earth come together and get just a bit muddled, with a resulting flavor that isn’t as clean on the palate, and if anything gets a bit charred at times. 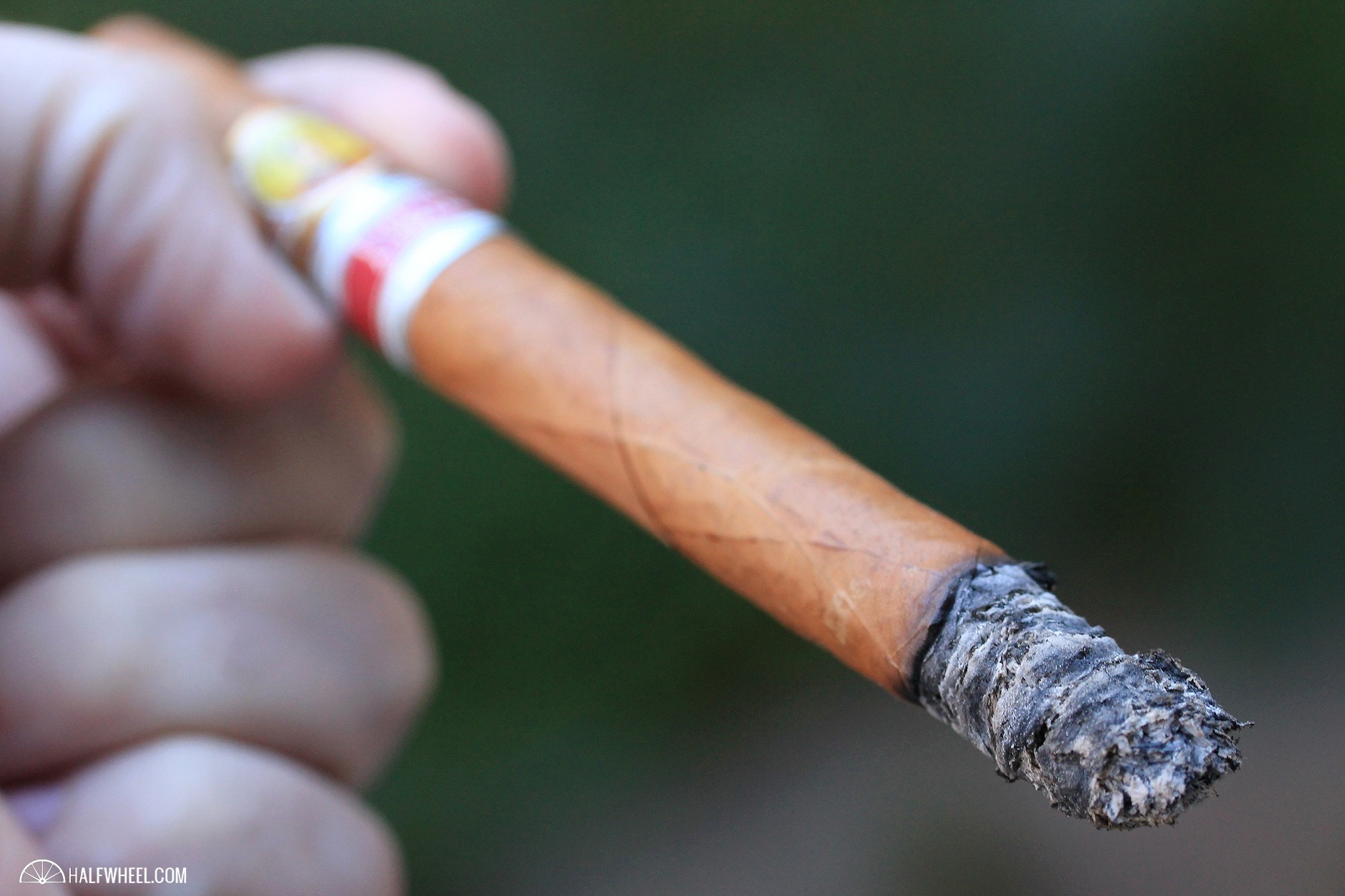 Continuing down the path that took the cigar out of the second third, the flavors lose some of their distinctness, but the strength is still right where it has been for most of the cigar, almost on top of the palate and into the back of the throat for many puffs. It brings in notes of heavy earth and wood, and at points becomes almost too much for the palate to handle, let alone appreciate and enjoy. One of the challenges that I experienced with this cigar was keeping it lit in the final third, but I think it has more to do with my desire to give my senses a rest and as such my puffing rate slowing than with there being some sort of issue with overhumidification or tobacco that just didn’t want to burn. While there were no issues preventing the cigar from being burned down fairly far, I find myself consistently putting it down with just over an inch left as my senses have gotten plenty of stimulation so far. I had smoked a handful of the Bolīvar Especiales No.2 before doing this review; it was a cigar I picked up a box of when I was much more into the Edición Regional series than I am now, and with some favorable experiences with the Belicoso Fino vitola and a familiar connection to Germany, it made it a pretty appealing cigar. While I thought it was a good cigar when it was younger, something has certainly happened to it in the past year to 18 months that has awoken the pepper and strength, a development process that would seemingly have a couple more years at least where the flavor will continue to evolve. Other than the outright strength of this cigar, which can be a bit much for some palates or times of the day, my only issue was the final third, where the flavors lost their brightness and got a bit muddled with each other. If that can find a way to resolve itself, this could turn into a downright fantastic cigar.