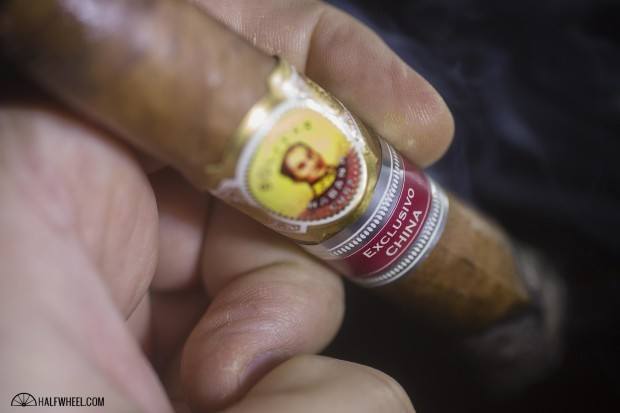 That’s crucial to this review. In Chinese culture, the number eight, 八 pronounced ba, is considered lucky because it sounds similar to 發 pronounced fa, which is used in combination with other words to describe prosperity. As such, eight is lucky. In 2008, Habanos S.A. created the Bolívar Armonías as part of its Edición Regional program for mainland China.

For those unfamiliar with Edición Regionals, the basics are as follows: 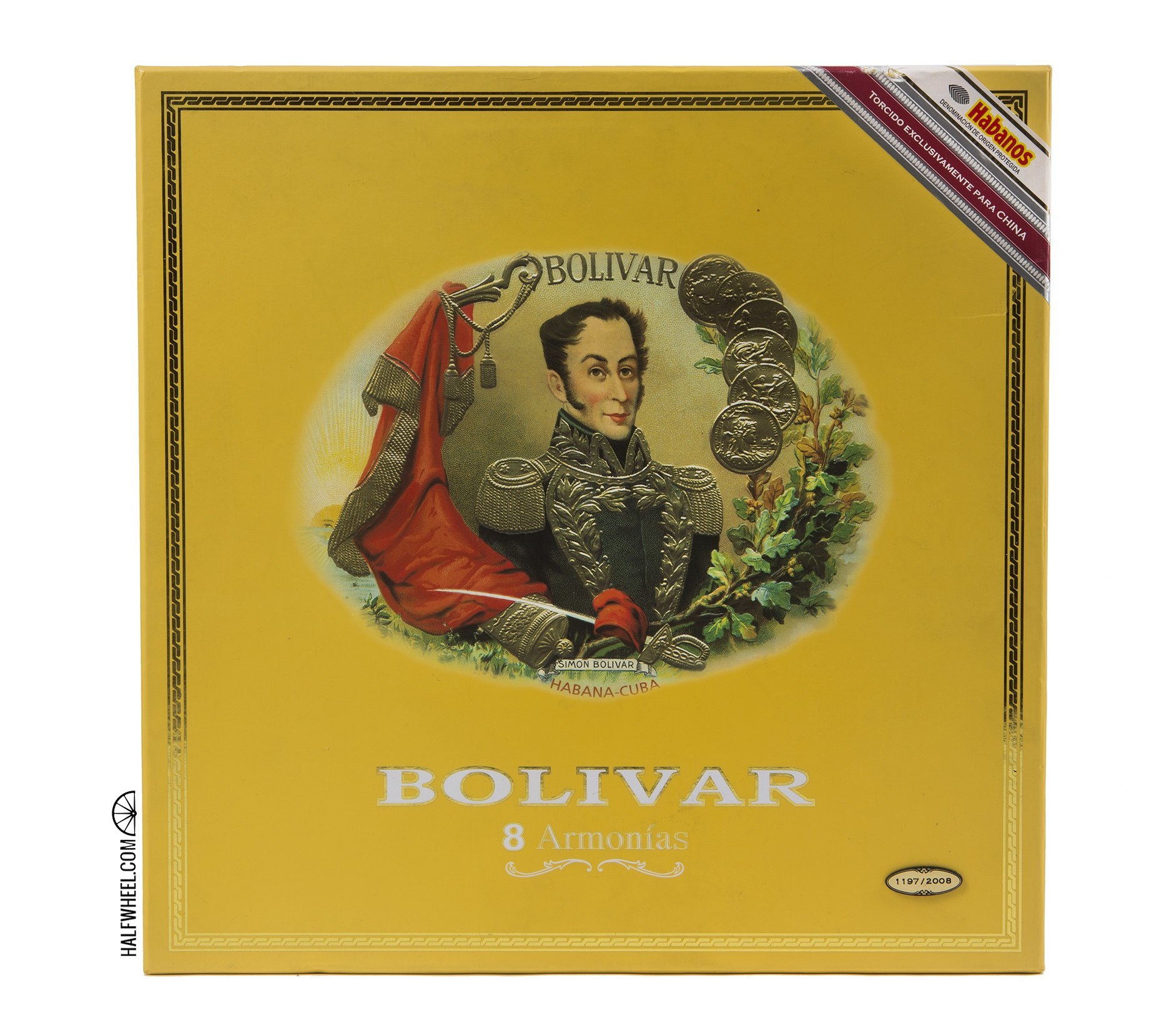 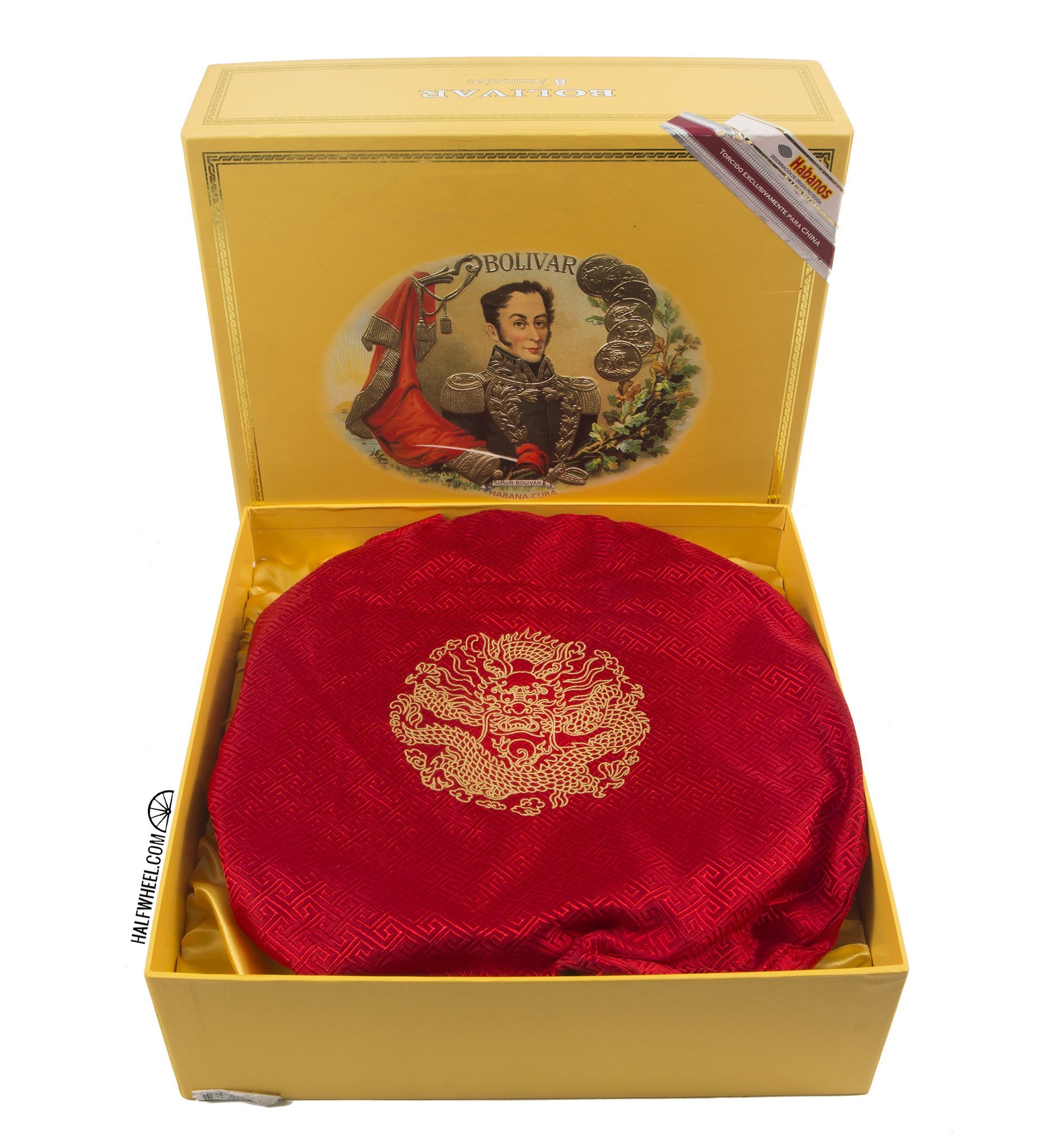 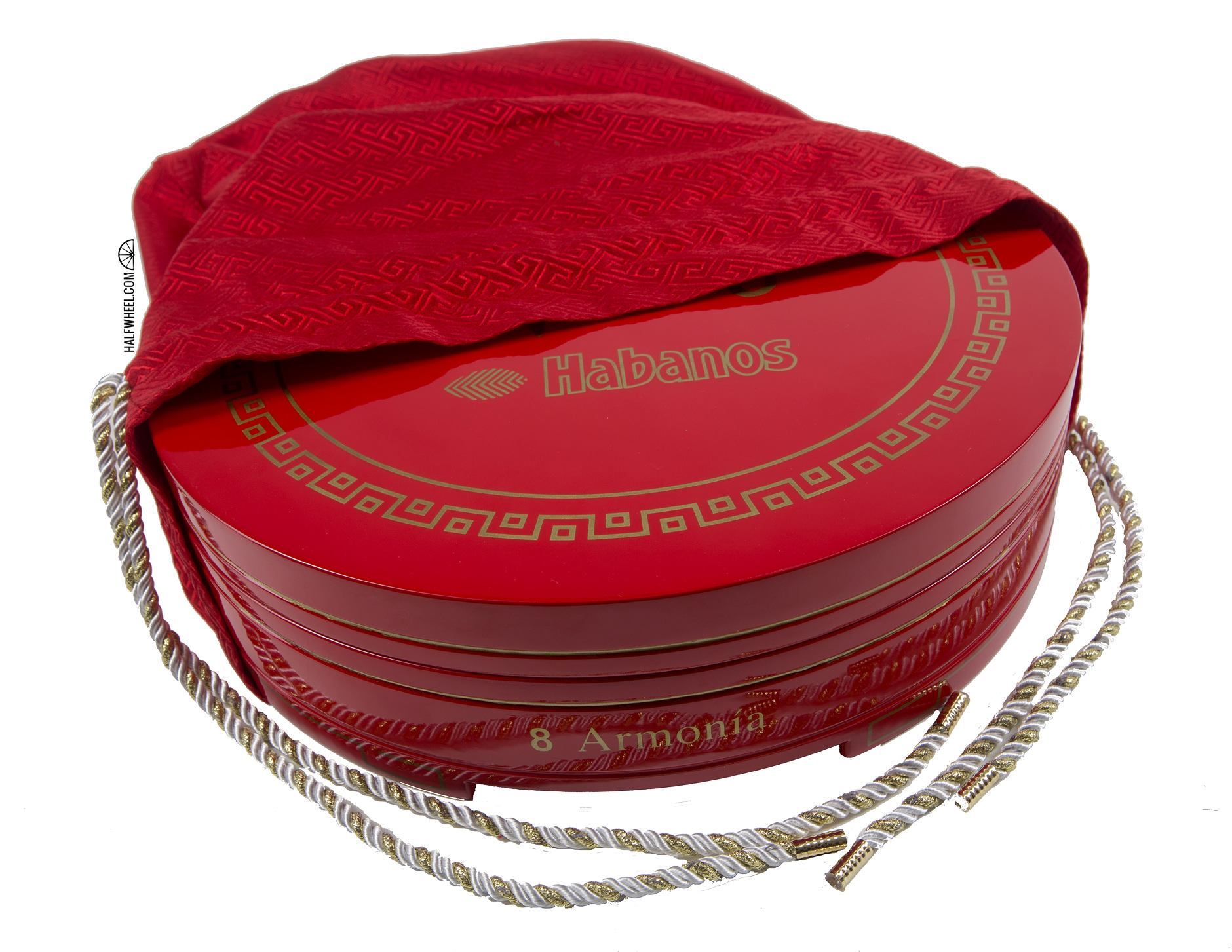 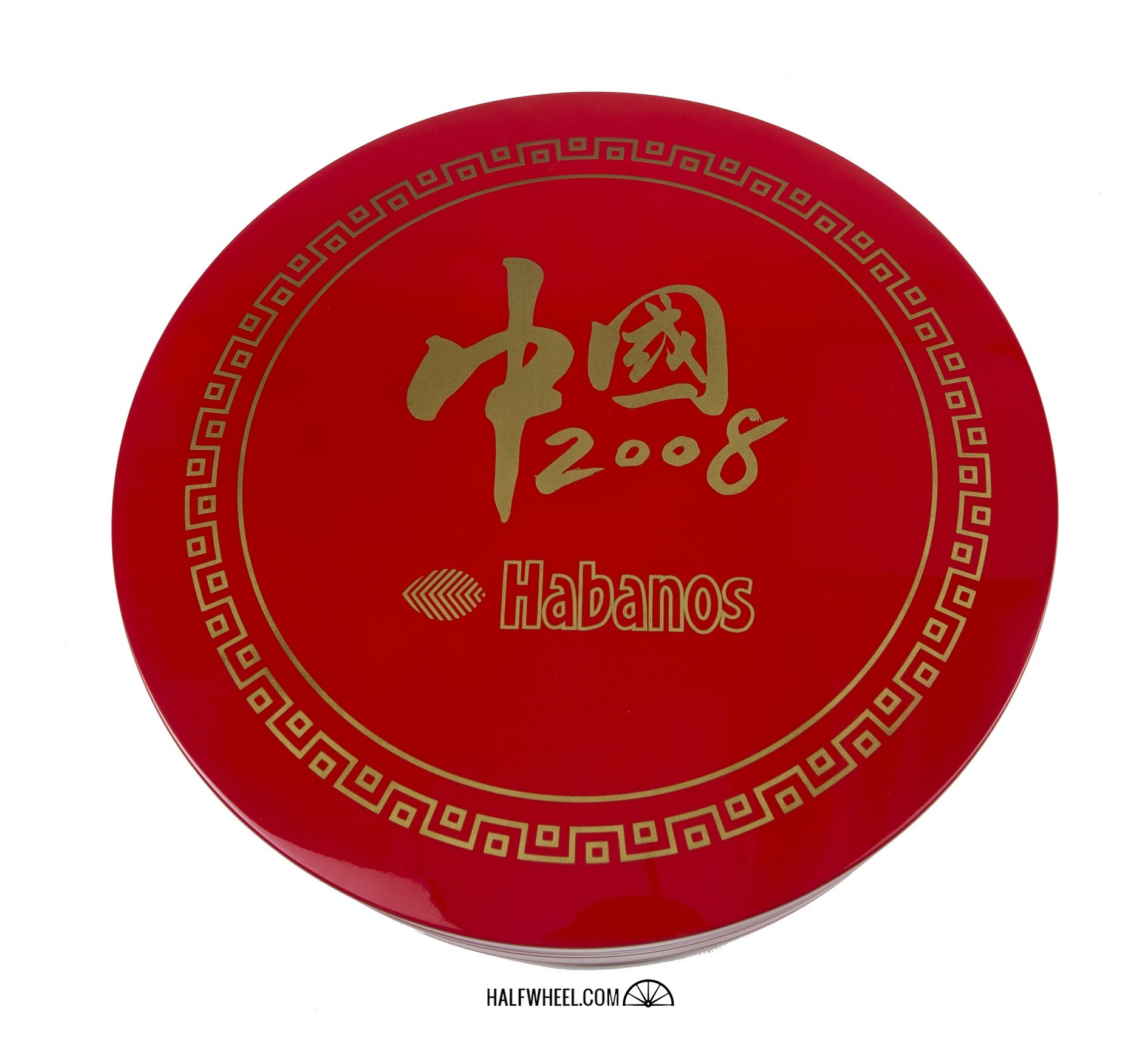 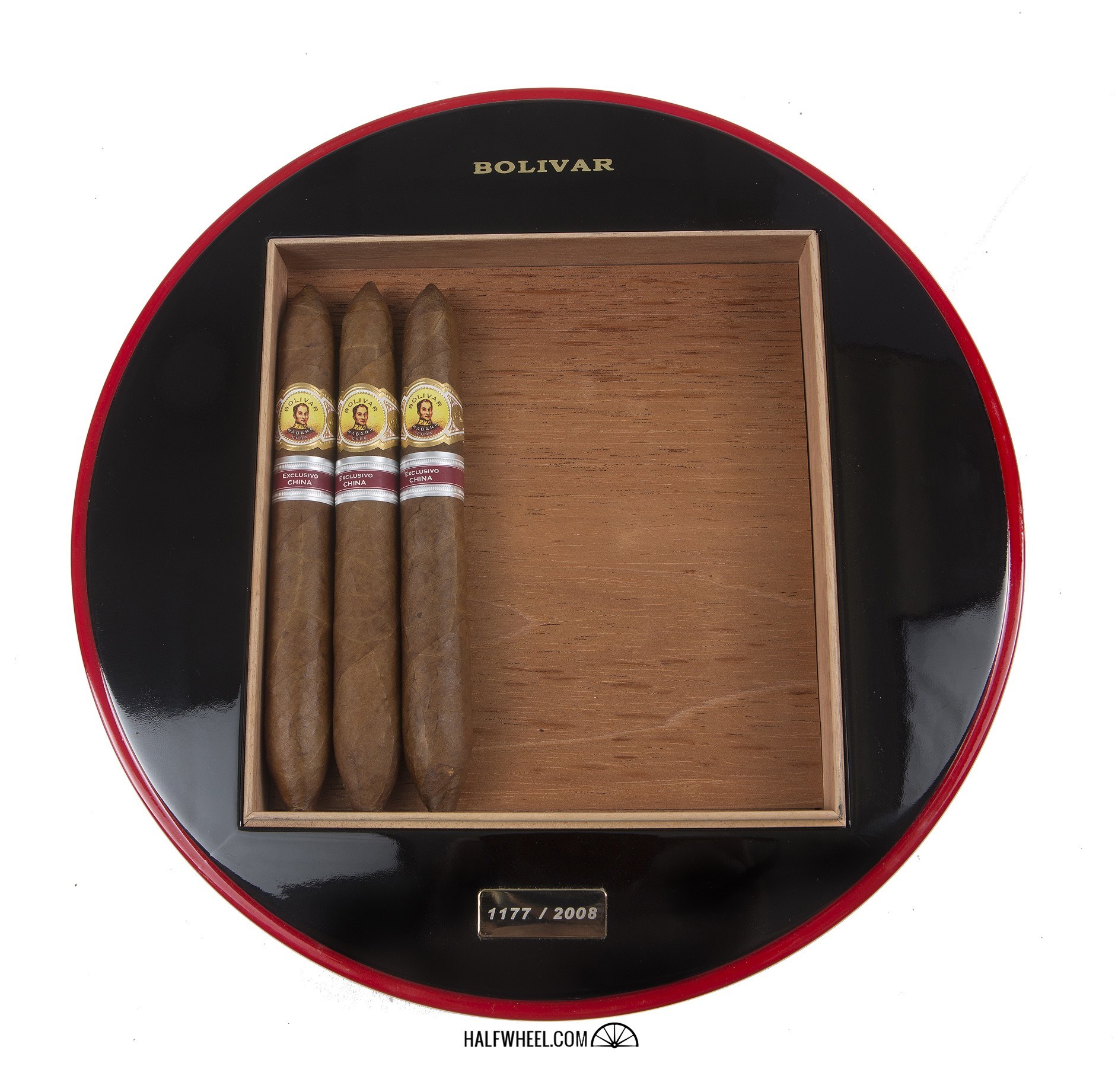 It’s a massive circular box in high gloss red with gold lettering. Red and gold are also common colors in Chinese culture because red is believed to be good luck. The boxes came with a red and gold protective bag and were placed inside a larger cardboard box. In addition, a special book was made to commemorate the release. 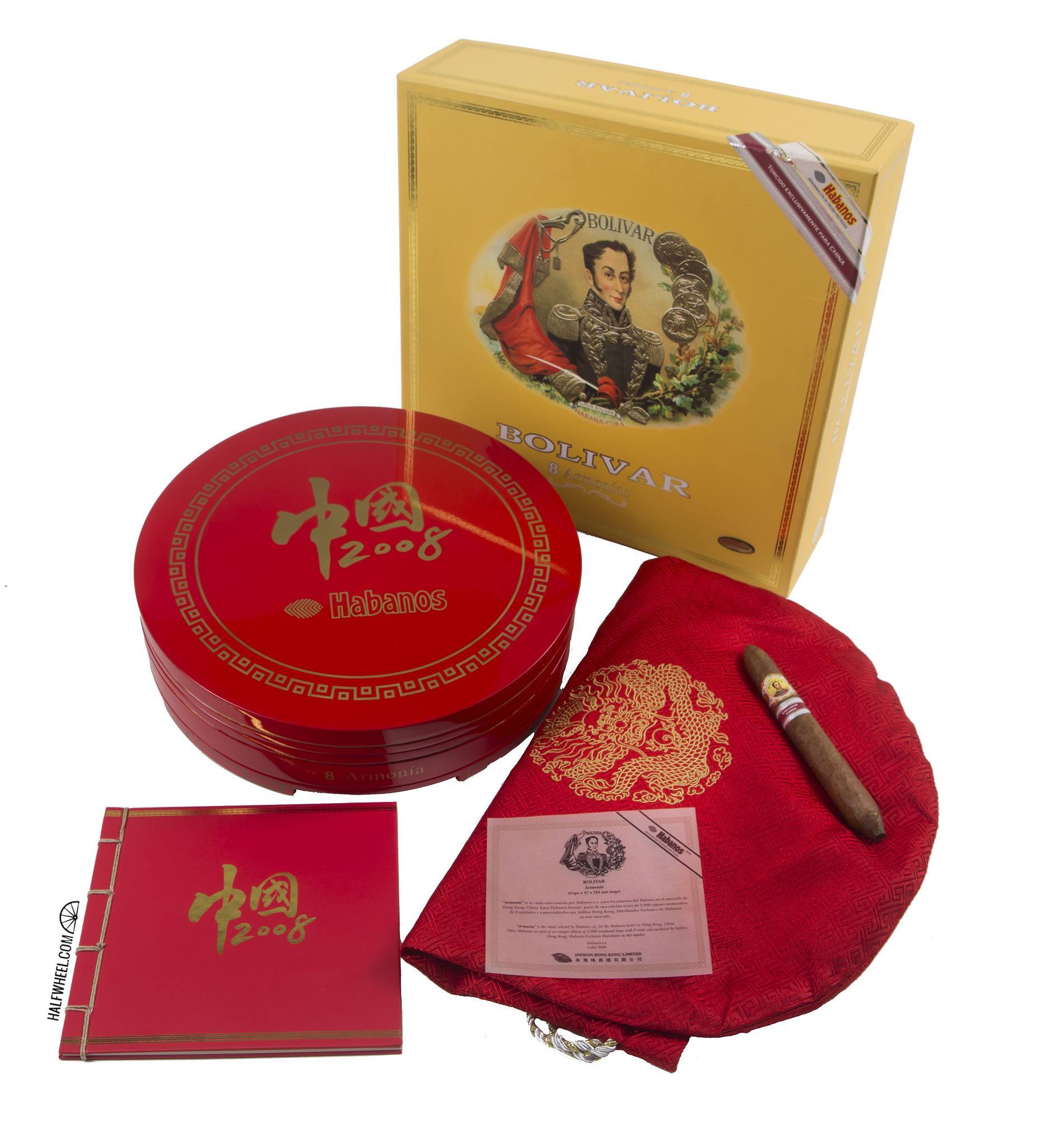 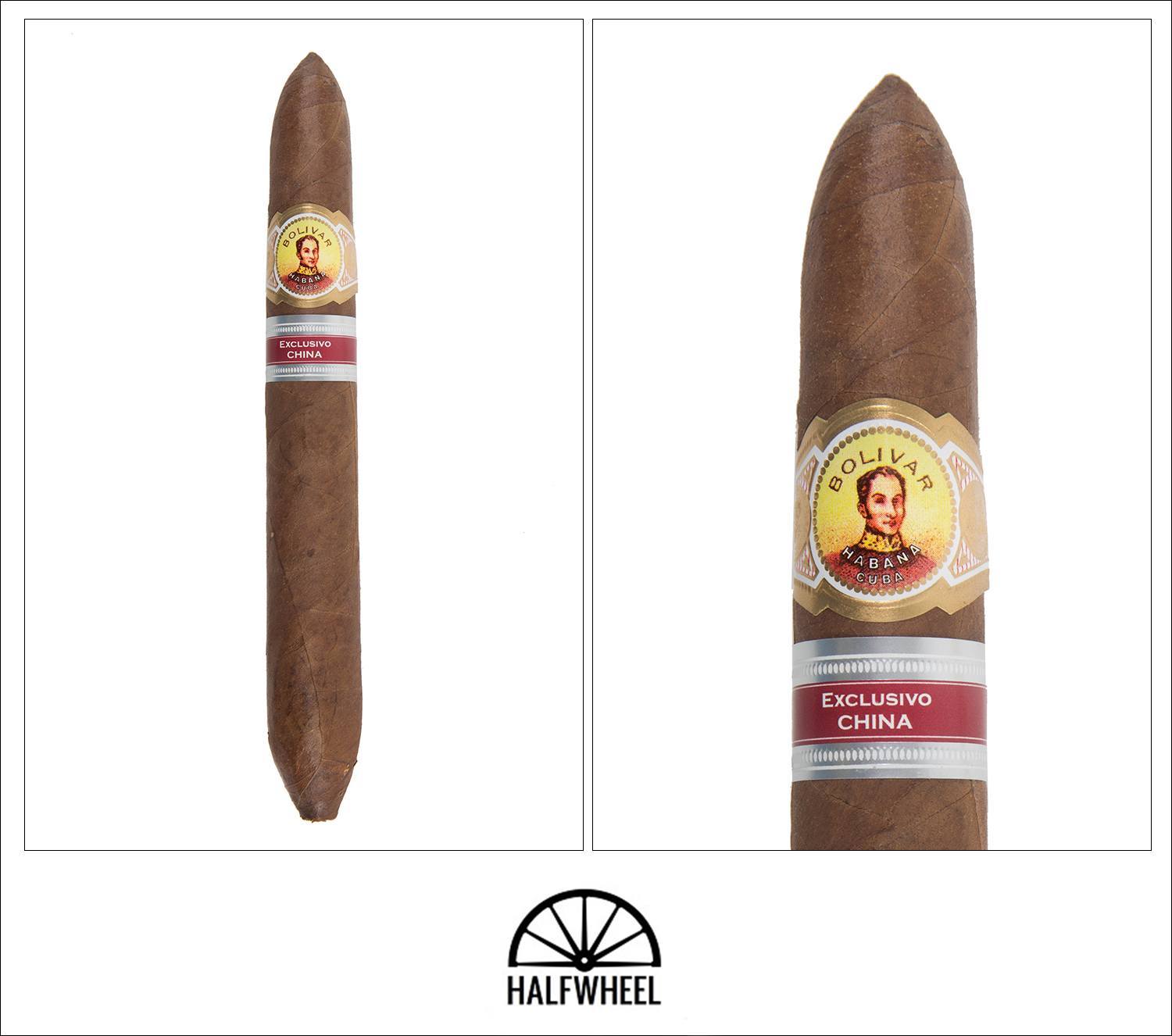 I’m a fan of the salomón vitola and this is one of the prettiest examples I’ve seen. It’s rolled flawlessly and that shows not only in its visible appearance, but also when I take my first cold draw. It’s as great as I’ve had since the Davidoff Oro Blanco. There’s bubble gum, twang, orange Jello, strawberries and some saltiness to cut through it. The resistance, which is oftentimes naturally a bit tight given the vitola, is actually perfect, which to be quite honest, may not be a good thing once the cigar gets going as the shape means most salomóns naturally open up.

The Armonía tightens up as soon as it is lit. There’s a little bit of brisket on top of a sweet cedar and some saltiness similar to the end. As the Bolívar gets going there’s some cedar, some candied oranges and French bread. There’s two different citrus notes at play: a candied one in the nose and a more natural flavor in the mouth. As great as the flavors are, they are definitely muted and it seems like a case where more time could help. The cigar doesn’t burn particularly even and I eventually need to touch it up about an inch in. Strength is non-existent and the body is just a touch over medium. 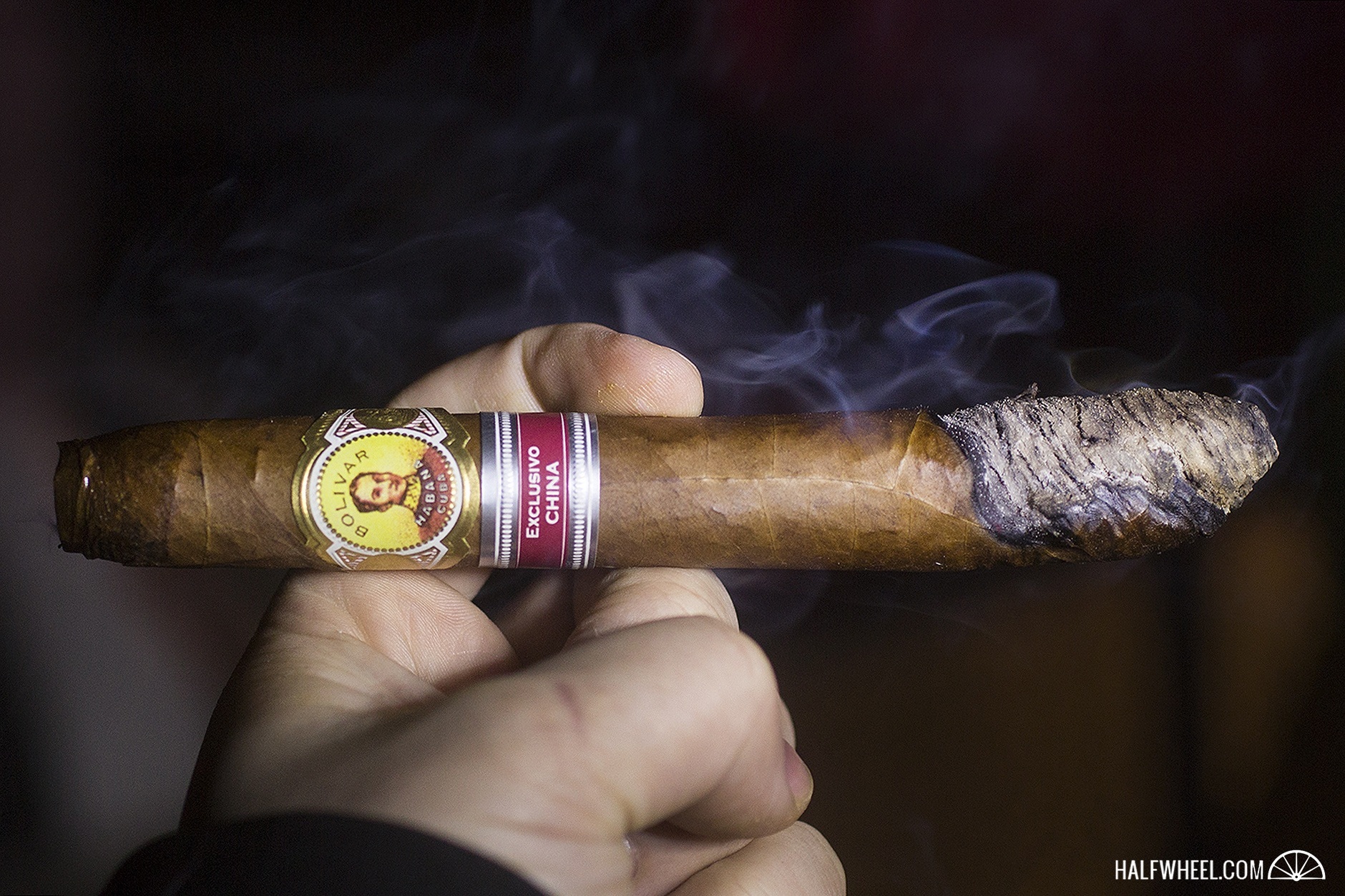 That touch-up solves the burn issues and it stays even for the remainder of the second third. On the mouth peanuts dominate alongside some generic fruit and the aforementioned saltiness. There’s burnt hickory on the nose and some walnut as well, a very complementary flavor to the Bolívar Armonía’s mouth. As for the finish, it’s salty with some Ritz crackers and white pepper. Once the cigar crosses the halfway mark, there’s some milk chocolate, but it fails to really establish itself as a consistent flavor. Despite the gigantic cigar, strength is relatively minor. Fortunately, the draw remains as good as it was for the cold draw. 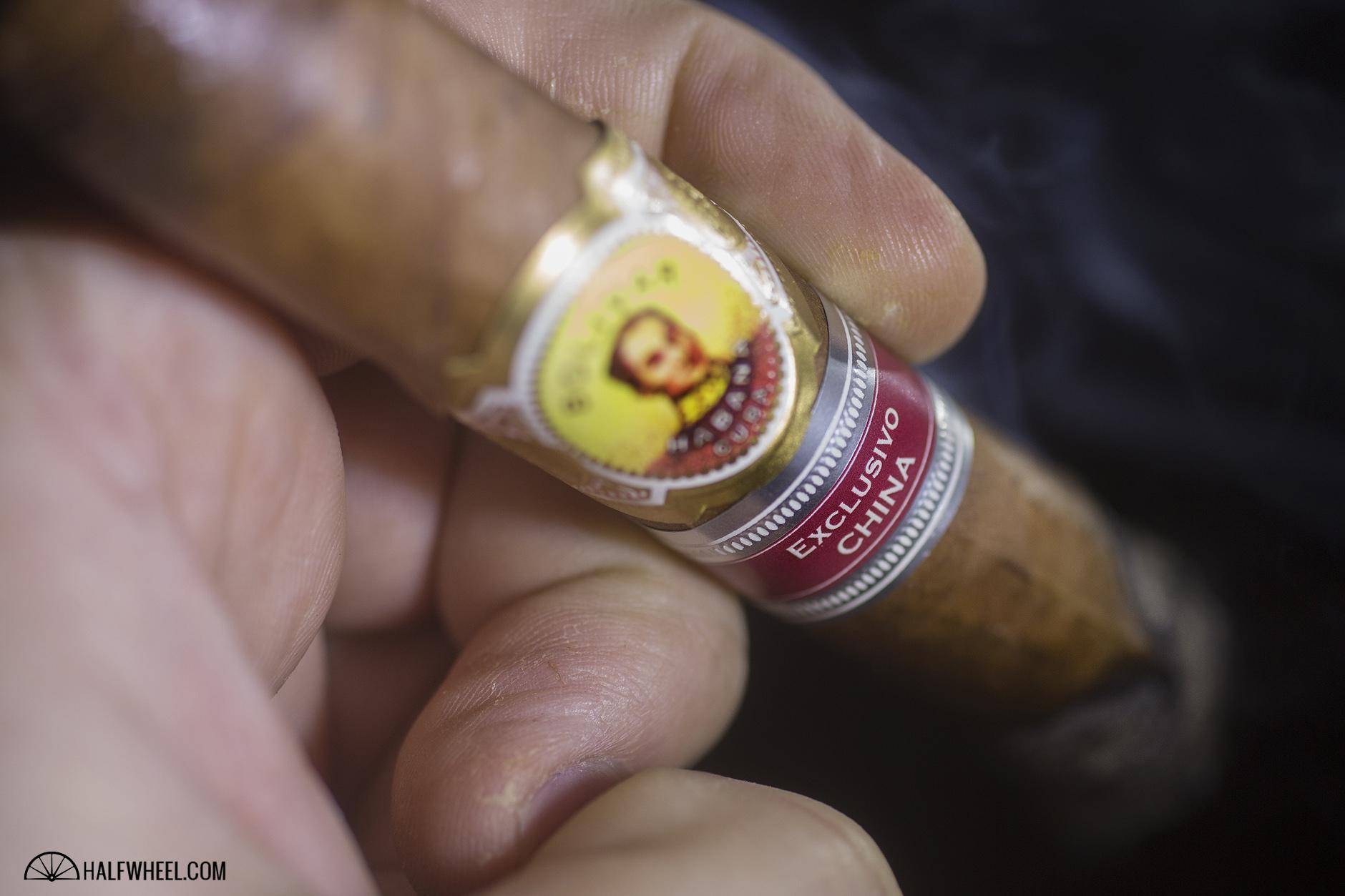 The sweetness finally breaks through in the final third of the Bolívar, something I was waiting for since it disappeared early into the first third. There’s lots of candied oranges and a touch of oregano on the nose. In the mouth, there’s a harshness developing in the middle of the gone with barnyard and some pink salt flavors joining the mixture. Eventually, the harshness becomes more of a cinnamon flavor, which is a nice transition let in the cigar. I do need to touch-up the cigar in the final two inches and despite that, the final third is easily the most complex of the bunch. Towards the final inch the heat of the cigar begins to destroy the flavors and I decide to put the Armonía down. 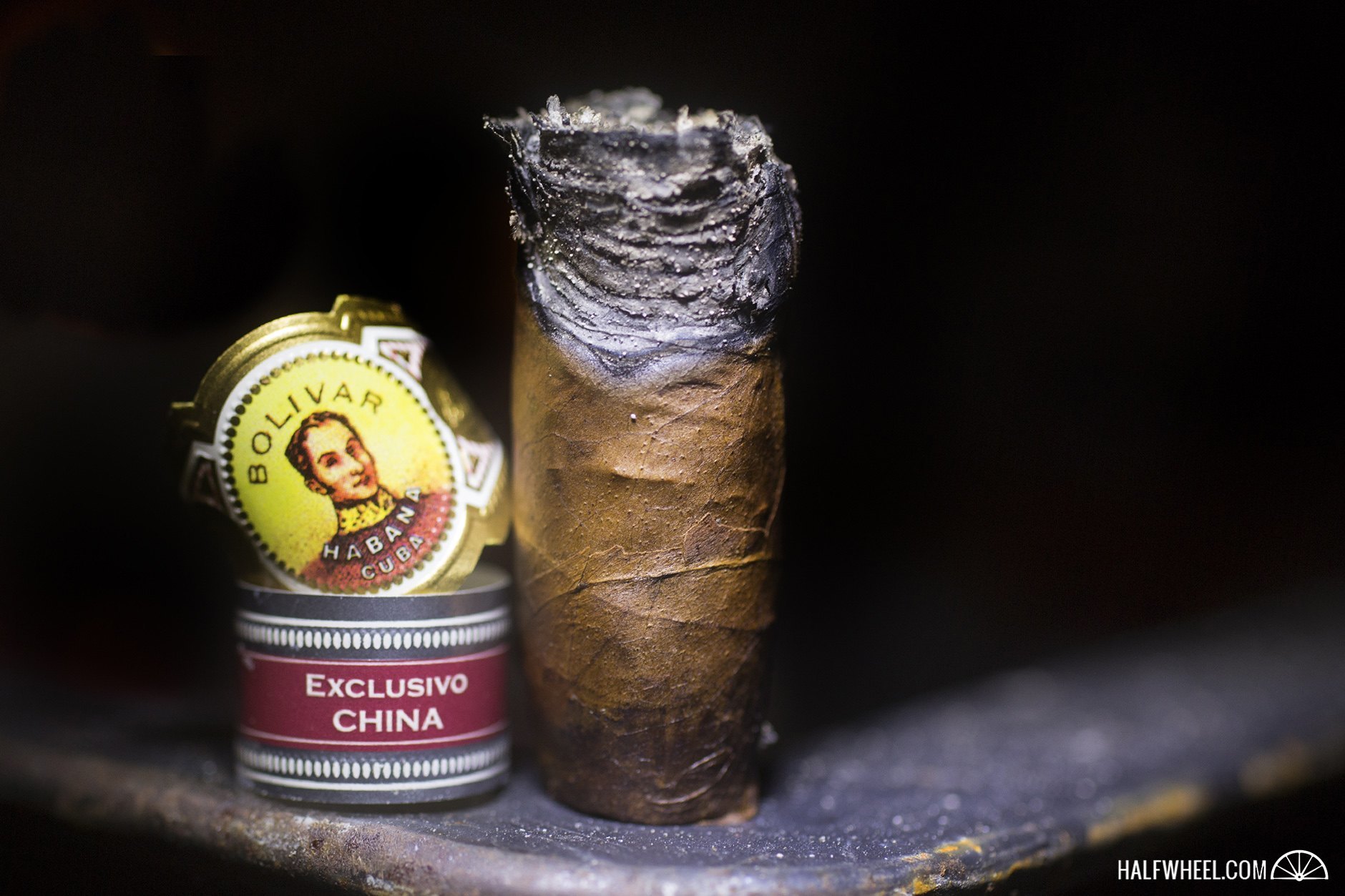 The Bolívar Armonía is a good cigar, but I wouldn’t put it into the upper echelon of Edición Regional releases from Habanos S.A. The flavors indicated that there was both plenty of life left, but that perhaps even more time was needed for the seven-year-old cigar to shine. As is so often the case, the cold draw was incredible, but the cigar just couldn’t live up to it once lit. I’m glad I got to smoke one, but I most certainly wouldn’t put the effort or money into buying another one.