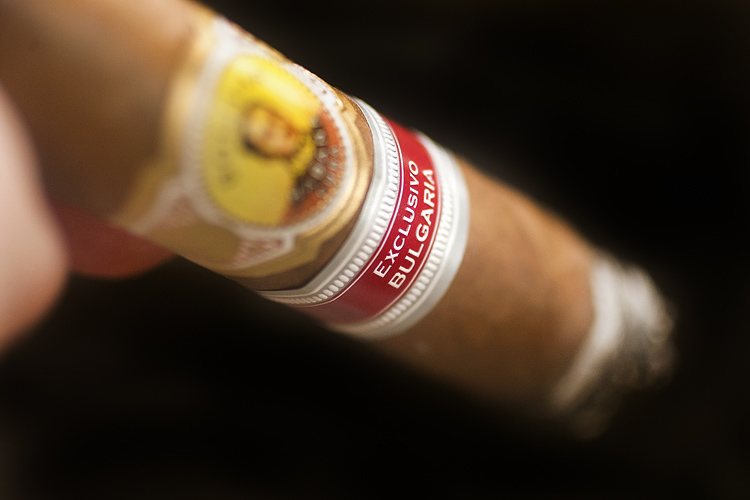 On Nov. 11, 2011, Habanos S.A. officially released the Bolívar 681, the first Edición Regional for the country of Bulgaria, at a formal dinner held at the Kaliman Caribe restaurant.

The press release tells the story:

Bolivar 681, a mild-to-strong taste habano that was around between the 1960s and 1990s within the Partagas portfolio, was picked by Habanos S.A. to be the first Regional Edition ever rolled out for Bulgaria.
This exceptional habano, that had been previously recreated in 2006 as an original replica of the Partagas Ancient Humidor, featuring 200 boxes distributed around the world, was presented by Habanos S.A. and Kaliman Caribe GmbH, exclusive distributor in Bulgaria.

“681” (vitola Sobresaliente, ring gauge 53 x 153mm long), was the name suggested by a habano aficionado.
The official launch of this singular gem –held on Nov. 17, 2011 in Sofia- was attended by over 40 representatives of all major mass media. Function attendees were entertained by Bulgaria’s Olympic-gold-medal-winning gymnastics team, together with celebrated crooner Desi Slava and members of the Pambos Dancing Center.

The Bolivar 681 was ritually introduced with the accompaniment of the La Guardia Orchestra.
In his keynote remarks, Habanos S.A.’s Vice President for Entrepreneurial Development, Javier Terres, said the Bolivar 681 is a very peculiar cigar designed for smokers of all stripes, yet most for those who can actually puff on a genuine habano.

Attendees had the opportunity to scribble down their views in a special guestbook called “Creation of History”, an event that has definitely gone down in the records of Bulgaria’s modern cigar history.
As it’s been customary, Kalima Caribe handed out the Habano Awards that recognize the most faithful habano buffs in Bulgaria.

During the gala dinner, the commemorative Bolivar 681 silver coin was specially minted to authenticate the Regional Edition.

For those unfamiliar with the ER program, Patrick described it:

In some cases, like the Bolivar Gold Medals, Habanos S.A. gave specific distributors sizes that had been discontinued, but most are sizes that have never been available prior. There’s one major exception to the rule and that would be perhaps the most famous ER, the Edmundo Dantés El Conde 109, which is an ER available for Mexico that is related to the Montecristo brand, but is largely its own brand.

The cigar seems expertly rolled with a perfect triple cap that is totally flat on the top. The wrapper is a slightly mottled cinnamon brown color, devoid of oil, but quite smooth to the touch and with bumps up and down its length. It is a bit spongy when squeezed, but not enough to think it will cause problems,and the aroma off the wrapper is strong barnyard, leather, sweet chocolate and hay.

The first third of the Bolívar 681 starts out with a strong bitter note up front that quickly subsides, allowing flavors of espresso, hay and oak. There is a slightly sweet chocolate note underneath that seems to be begging to break through, but it is not up to the task in the first third. On the retrohale there is a tiny bit of pepper, but none noticeable in the mouth or on the lips. The draw is a bit loose for my tastes, albeit still completely smokable and the burn is a bit wavy, but not a major issue. Smoke production is quite a bit above average and the strength starts out at less than medium, but does seem to be getting slowly stronger.

Coming into the second third of the Bolívar Edición Regional, there is still a persistent, but slight bitterness that is underneath the other notes. The flavors remain pretty much the same: wood, hay, coffee and some slight sweet chocolate. While the flavors are not bad per se, they seem extremely unbalanced, with the wood note overriding everything for a short time, then giving way to a strong hay note at about the halfway point. The pepper from the first third has almost totally disappeared and the draw is still just a tad loose for my tastes. The burn has evened up nicely, but the overall strength is going nowhere fast.

The final third of the Bolívar 681 just does not change much in profile, flavors, construction or strength. In fact, pretty much the only difference at all compared to the second third is an annoying harshness that shows up near the end of the cigar that really overwhelms any other flavors that could possibly be discerned. Just not a good ending on this cigar at all.