Founded very early in the 1900’s by José F. Rocha, Bolívar has been a popular Cuban brand for the better part of a century. Named after the South American revolutionary, Simón Bolívar, it wasn’t until 1921 that it was registered in Cuba.

In 1954, after the death of Rocha, the Bolívar brand was sold by the J.F. Rocha y Cia firm to the Cifuentes y Cia company and production was moved to the Partágas Factory. Only a short time later amidst the Cuban Revolution, the Cifuentes family fled Cuba. With their departure, the newly formed, nationalized company Cubatabaco, took over the factory and the Bolívar brand.

Almost two decades later in 1978, Ramón Cifuentes sold the rights to the Bolívar name to General Cigar Company, which then started producing and selling the non-Cuban tobacco version of the Bolívar cigar. Though the name and registered trademark outside of Cuba was now owned by General Cigar Company, Cubatabaco, and now Habanos S.A., has continued to produce its Cuban version.

One of the Cubatabaco Bolívar vitolas that was being produced at the time was the Petit Coronas. It seems fitting that the Petit Coronas that I’m reviewing today was produced some time in the 1970s, right around the time that the Bolívar brand was beginning anew outside of Cuba. 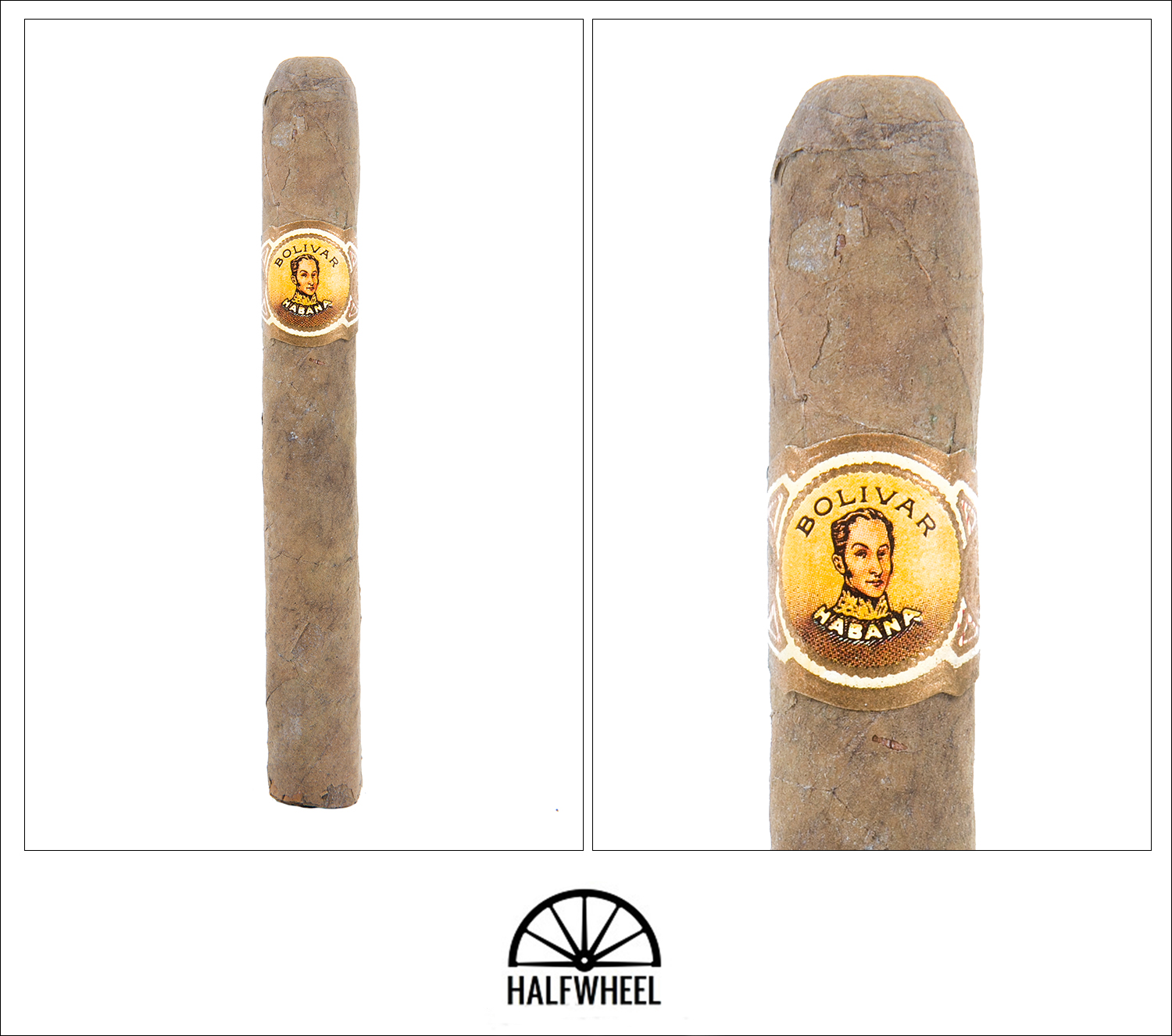 The first thing I notice about the Bolívar Petit Coronas is that everything about it screams old. The band is obviously an out-of-date style and the wrapper is a faded brown with a ghostly green-gray tint. Paper thin and soft as silk, the wrapper is obviously very delicate with some areas already flaked off or cracked. Ever so gently I give the cigar a squeeze and I’m actually surprised to find a solid and firm cigar underneath the fragile wrapper. Only the slightest aroma comes off the wrapper, giving only a whisper and a hint of old tobacco with just a slight musty note. Carefully trimming off the brittle cap, the cold draw brings more extremely mild notes of aged tobacco and an aroma that I can only describe as something akin to that of an antique shop – a slight musty smell with something else odd, almost a chemical-like aroma.

Starting into the first third there are a couple of things that surprise me. First off, the draw is just perfect – not anywhere near plugged and not dry and loose like some aged cigars can get. The other thing that I wasn’t expecting was the amount of pepper and kick this cigar still has. Even without a retrohale a bright white pepper note is there, while the mostly smooth retrohale definitely has a noticeable peppery kick. The other note that is prominent is a musty old dirty sock note that is quite unpleasant. Luckily that disappears after half a dozen draws. As previously mentioned the draw is perfect, with plenty of billowing white smoke during the draw that reduces to only a trickle as the cigar rests. The burn is razor sharp and almost completely even. The ash isn’t what I’m used to seeing in other Cuban Bolívars with a dark gray and white ringed pattern and is instead an almost uniform medium gray color. In addition to the pepper, a delightful spice aroma has developed with a slightly nutty finish. 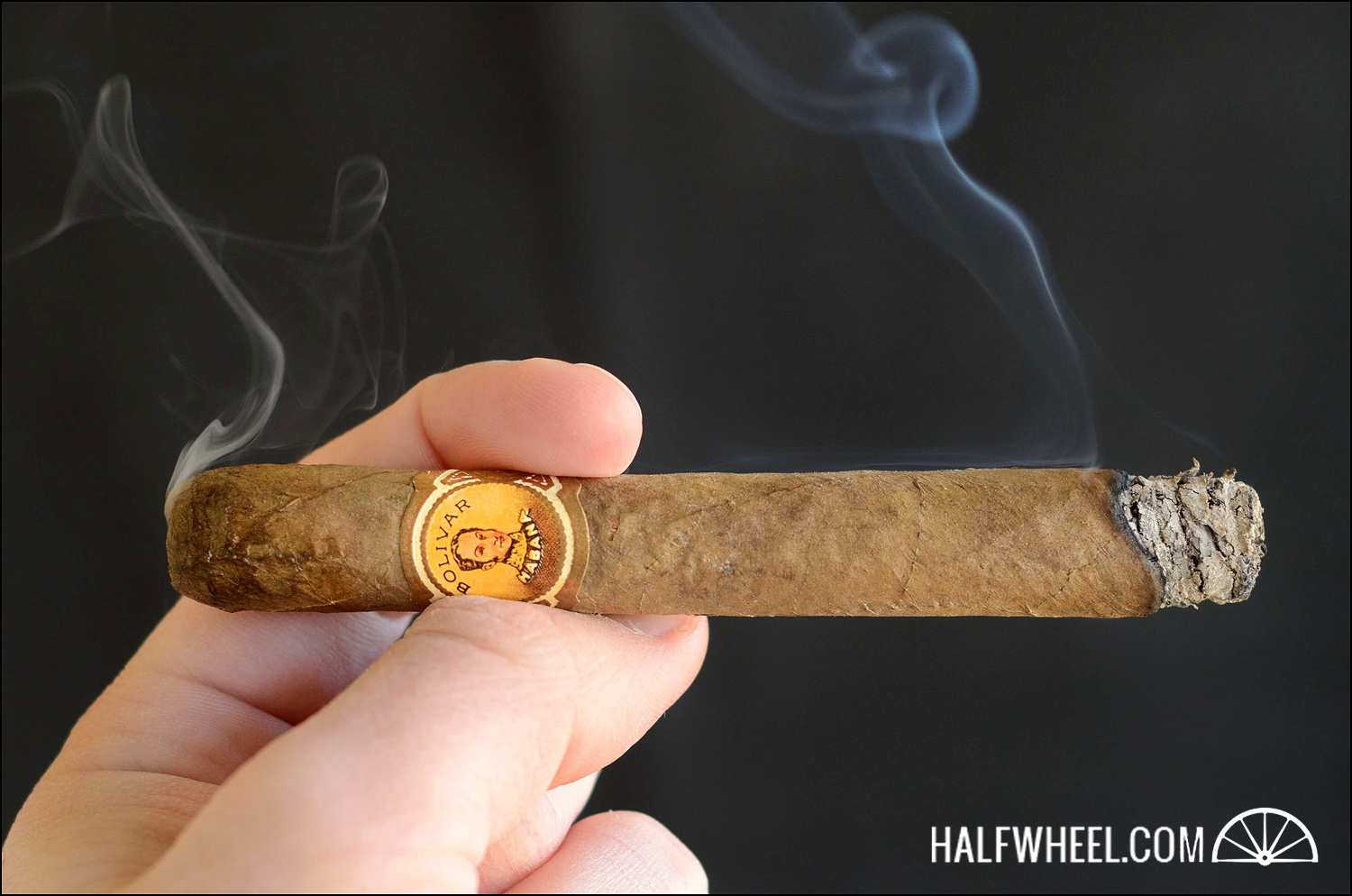 Moving into the second third I’m still surprised at the amount of white pepper this cigar has after all this time. The spice note and nutty finish are accompanied by a mild coffee note and the slightest dried fruit note. The ash holds quite strongly to over an inch. A couple of minor touch-ups have been needed in the second third, though nothing too serious. The mustiness that dominated the cigar to begin with has for the most part been mild, though I can still taste it in the background as more of a plain musty note and not a dirty sock musty note. 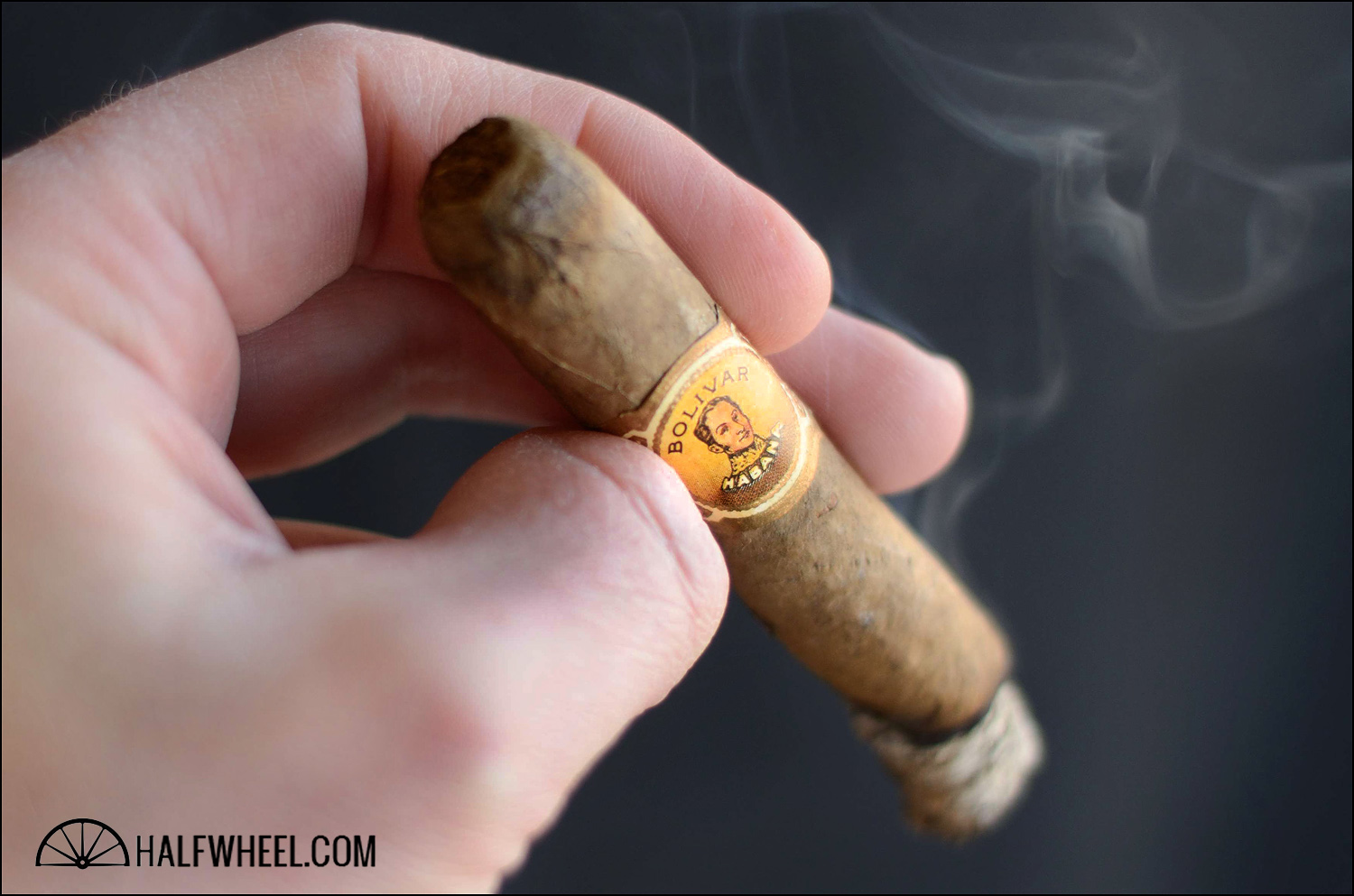 The final third sees the burn return to a very even and sharp burn. As far as flavors go the notes are still the same white pepper at the forefront with some spice, nuttiness, very light coffee dominating the profile and a slight musty note hanging around in the background. The wrapper hasn’t been as much of an issue as I was afraid it would be, even with the cracks that were in the final inch of the cigar. 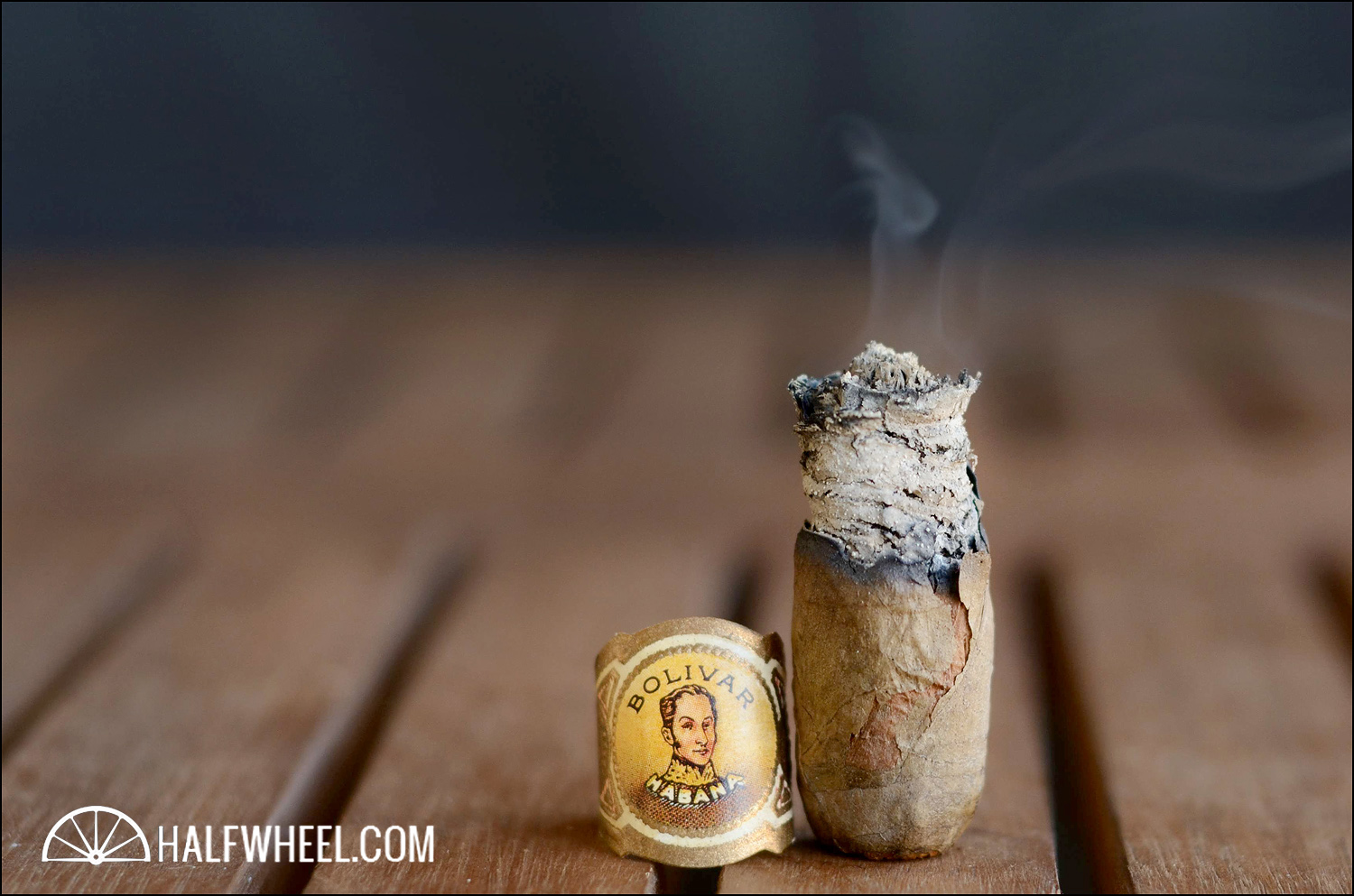 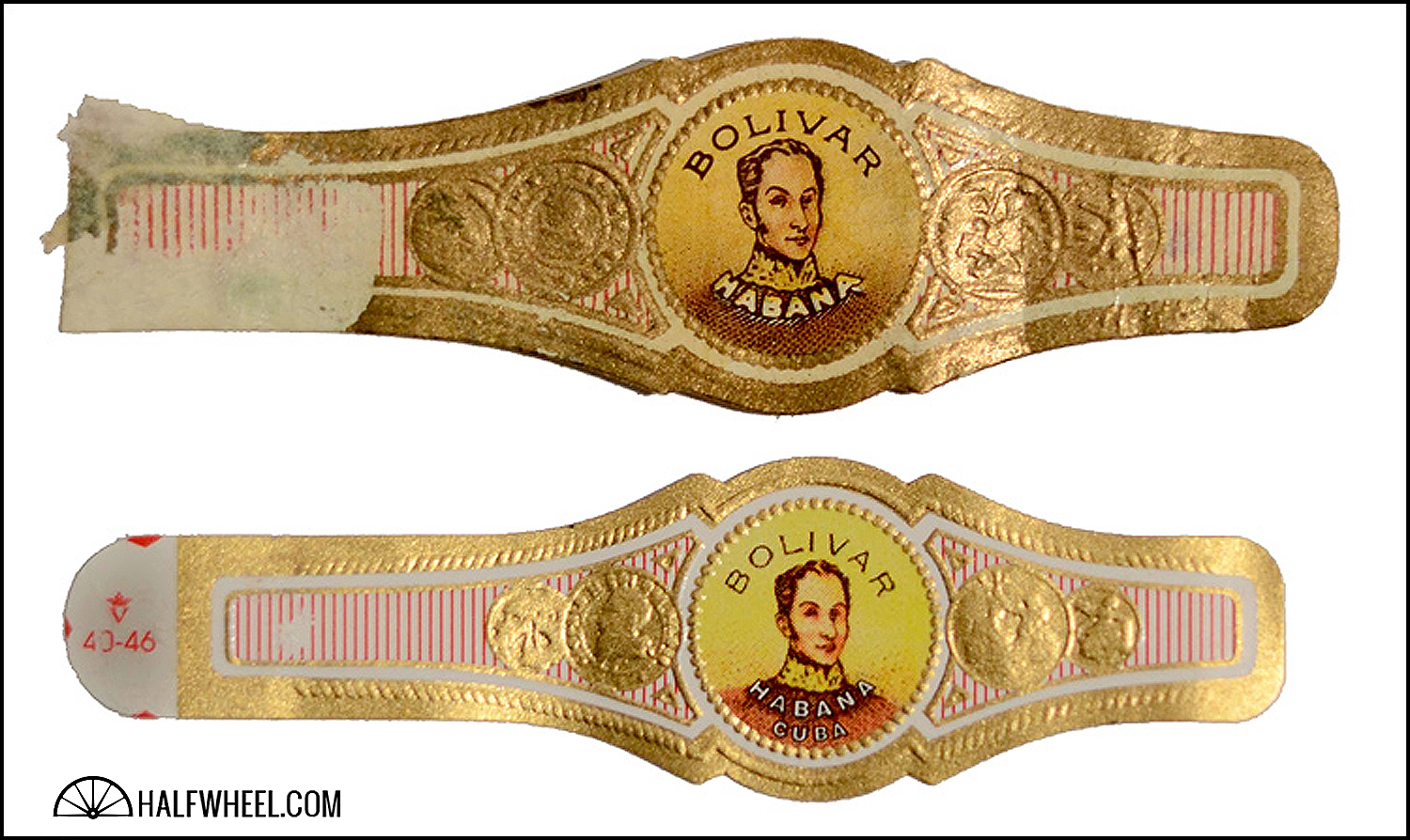 Smoking something this old is always a pleasure for me, regardless of the flavor profile. Getting to experience a cigar from this era and getting to taste what 40 years of age on a properly maintained cigar is a unique experience. I've been lucky enough to get to try some pre-embargo Cuban cigars over the years as well and for me the major difference in those and the Bolívar Petit Coronas was how much flavor was still in the cigar. Despite the sometimes unpleasant musty notes, the cigar still had a fairly deep and enjoyable profile with a surprising amount of pepper remaining. The construction was also impeccable, with the draw and burn as good as I could ask for in a cigar of any age. While spending this kind of money on a cigar that could be overwhelmingly musty is a gamble, I think that experiencing cigars this old is something that every cigar lover should try at some point, if not for anything else than to see first hand how properly aging a cigar can affect it.