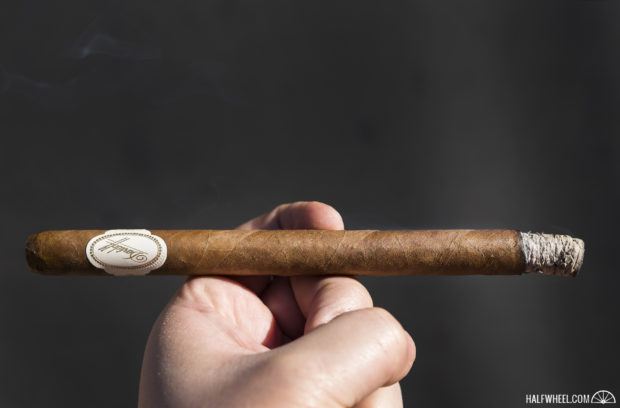 For many years, a Cuban Davidoff lancero was one of the cigars I most wanted to smoke.

My fascination with lanceros is well-documented on this website and the Davidoff No.1 is one of the most important lanceros, claiming to be the first time the shape—192mm, roughly 7 9/16 inches, by 38 ring gauge—was sold by any brand.

Unfortunately, my first experience with a Cuban Davidoff No.1 was not good. A 58-point review ended with the following:

Like many of you reading this who have never smoked a Davidoff before, I once read what is about to come and hoped for something different. I really did. I hoped this was going to be at least smokeable. I really thought it was going to somewhere between bad and non-existent. But overall, this was rancid. I can’t defend the storage conditions because they are unknown to me, but this was beyond that. I’m not sure what it is, but I now fully accept when many before me have preached: Cuban Davidoffs are done. Do I regret smoking this? No. Would I have thrown this out if it was $5 and not for a review? Absolutely. Easily one of the worst Lanceros I’ve smoked and easily the most difficult cigar to ever recommend to someone. 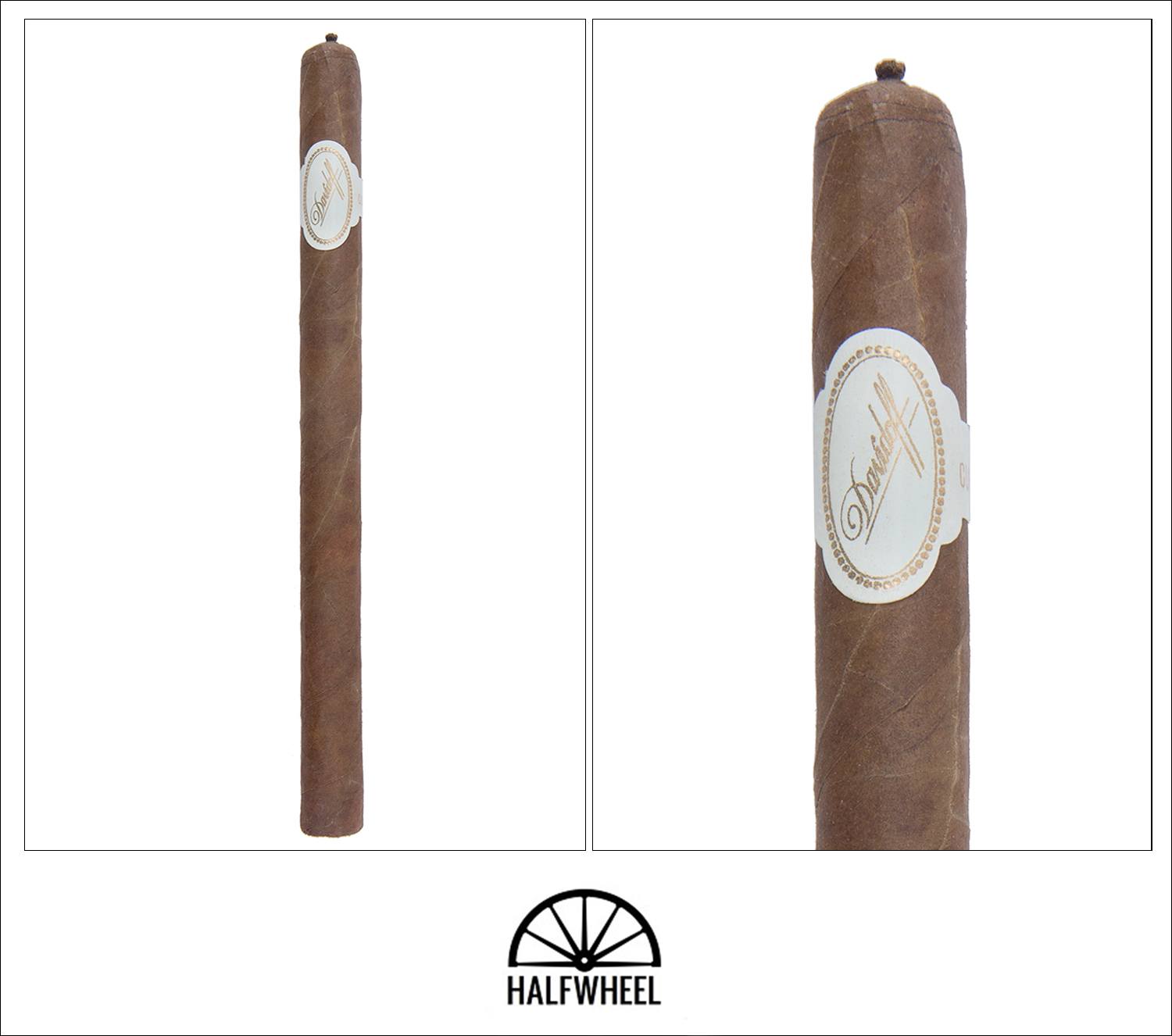 That was 2012 and since then I’ve smoked a lot more Cuban Davidoffs with varying levels of enjoyment. That inconsistency is certainly much more prevalent with the Davidoffs I’ve smoked from the late 1980s, which makes sense, given that Davidoff pulled out of Cuba due to the quality of cigars it was getting in the late 1980s.

I’ve acquired a few more Davidoff lanceros over the years and decided to take another stab at reviewing a No.1 from the 1980s.

It has oddly been a fair bit of time since I’ve smoked any lancero, but I’m reminded about why I was attracted to the shape nearly a decade ago. The Davidoff No.1 has a peculiar cap that is much flatter than you typically find, particularly considering it has a pigtail. I cannot pick up anything off the wrapper, which has a great color but is somewhat rough. There’s not much more from the foot, though I get some faint hints of floral aromas. The cold draw is tight, but offers some very sweet floral notes above an odd herbal flavor. All said, I’m concerned about what I’m about to smoke, or try to smoke.

The Davidoff No.1 has a tight draw, but the smoke production is fine and I’m greeted by bread over a coffee and cream combination. It’s mouthwatering and pretty smooth, though still concerning. Flavor-wise, the first third is dominated by bread with floral, popcorn, and some nuttiness behind it. I have to retrohale quite a bit, but it’s fine given how smooth the cigar is. If I take a large inhale, I can pick up a touch of pepper on the back of the throat, though it’s faint and has to be worked for. Flavor is medium-full, body is full and strength is medium-plus. There are small, yet noticeable changes for the second third; the bread turns more sourdough, a burnt chocolate chip and citrus flavor join the waining floral sweetness. After the halfway point, a bitterness adds itself, though it’s relatively minor. Profile-wise, it’s much more balanced with more smoothness and a slightly reduced body that really make the cigar more enjoyable. Bread remains the dominant flavor in the final third, a bit more like a French loaf than the second third, but the intensity of the flavors are much reduced. Some other grain-inspired flavors like saltine crackers show themselves, but the most notable change is the complete absence of the floral and fruity sweetness. A bitterness hangs around until the end, not my favorite flavor, but never more than a secondary note and oftentimes not present on individuals puffs. 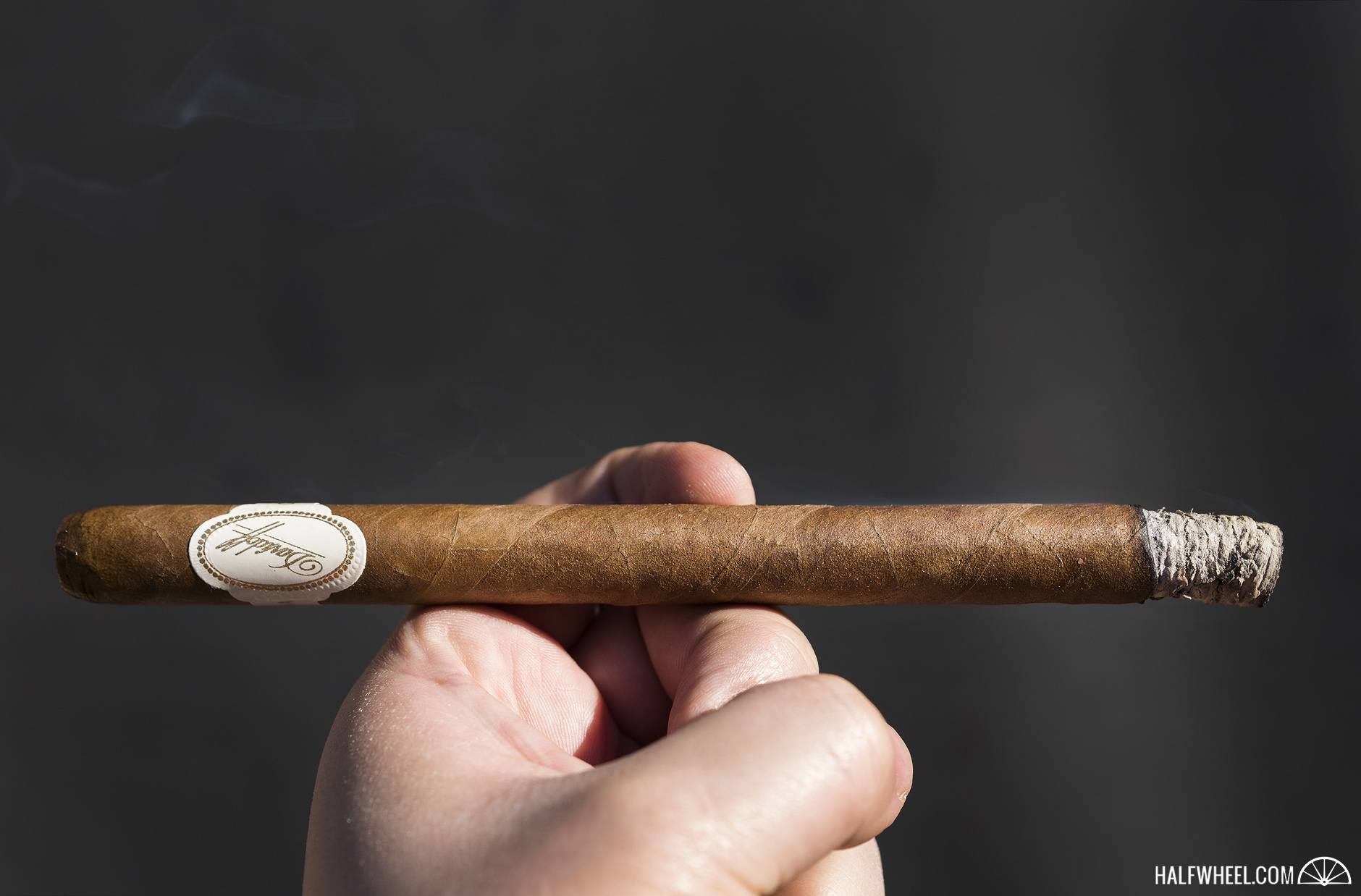 A quick rundown of the cigar with my fingers shows a cigar that doesn’t have hard spots, it’s just rock hard in a lot of places. That’s not due to storage, rather, this particular cigar happened to be rolled tight, which means the draw is tight. While it’s annoying and certainly didn’t help the flavor, I never found myself needing to touch the cigar up as smoke production is plentiful and the burn line is incredible. That trend continues in the second third, though the draw does get slightly better after the halfway mark, still not where it should be though. There is a brief moment in the final third where it seems like the cigar was going to go out due to the tightening draw, but after fighting with it for a bit, including pushing smoke out through the cigar, it gets through whatever knot was there and resumes as the Davidoff No.1 had before.

My first Davidoff No.1 was not great. This one could have been much better, but it also was much better. Regardless of whether it’s a Cuban Davidoff or any other cigar, when you are smoking something that is around 30-years-old there’s a lot that can go wrong. My biggest issue wasn’t with something related storage, rather a flaw that was there when the cigar left the El Laguito factory three decades ago. Still, this has matured into something that shows why collectors pay what they pay for these cigars, even if it is a game of chance.