Back in 1957, Régine Zylberberg opened her first nightclub, Chez Régine. Zylberberg was attributed with creating the first discothèque at the club she managed prior to Chez Régine. Taking the successful model and applying it to her club, it didn’t take long for Zylberberg to have a chain of some of the most successful and exclusive clubs across the world. Peaking in the 1980s, 19 locations dotted the globe and were a mainstay for celebrity, excess, exclusivity and partying. 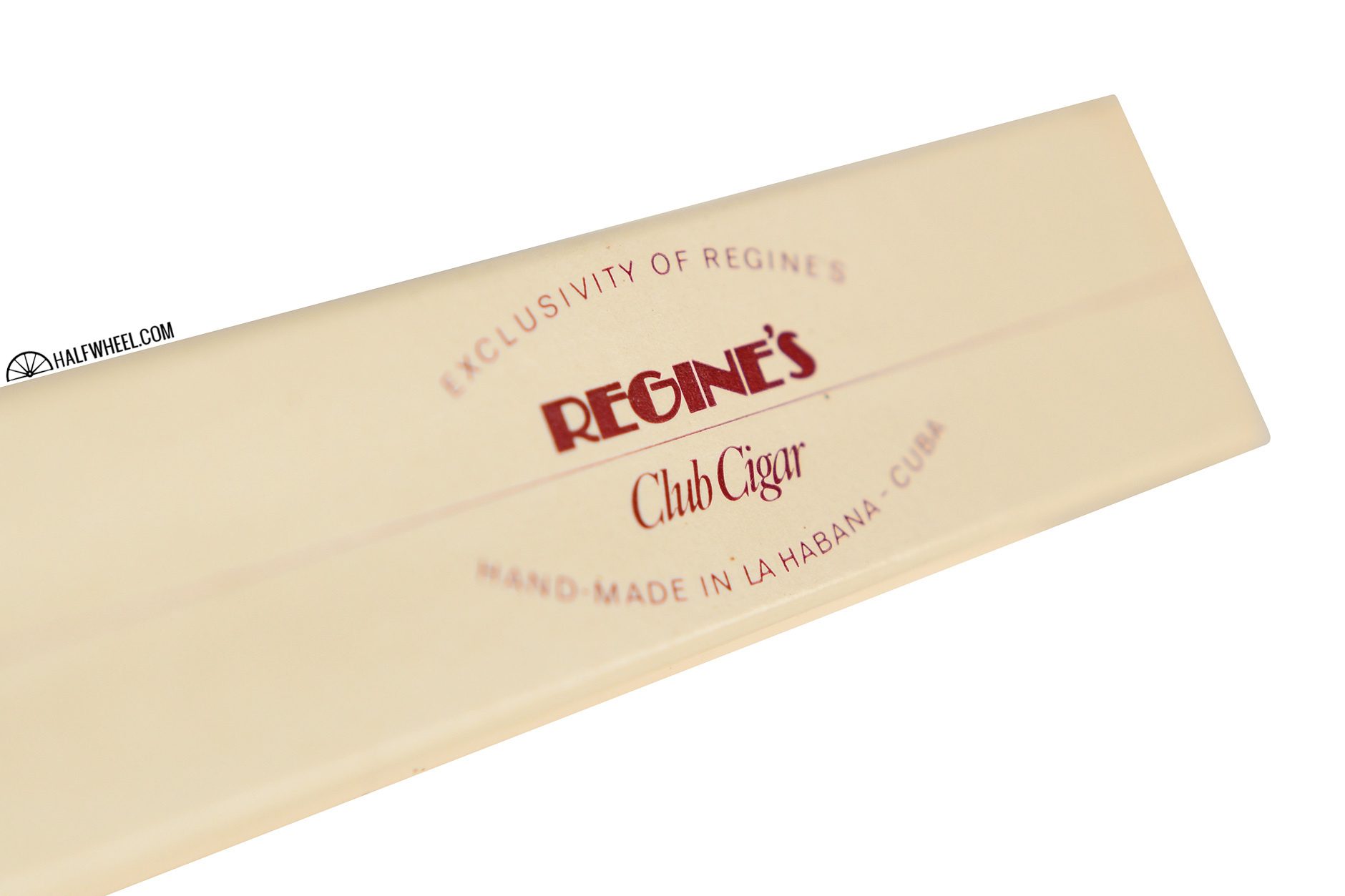 Another thing that was prominent there was cigar smoking. Enough so that in the 1980s an exclusive cigar was made in Cuba for the club. For a cigar that’s supposed to be around 30-years-old, the cardboard box looks to be in pretty good shape, in fact I’ve seen new cardboard boxes that don’t look as good. Once you open it you can start to see the age however, with the discolored, thin cellophane and bits of tobacco crumbs everywhere. The wrapper is quite smooth, oily and very fragile. A couple of areas already have a split in the wrapper, and while I dare not squeeze it too hard, some gentle squeezes reveal a firm cigar with a decent amount of give to it. Coming off the wrapper is a musty, aged tobacco and not much else, while the cold draw flavors are almost nonexistent – just a touch of musty tobacco and light nuttiness.

Slowly lighting the Regine’s Club Cigar, the first third starts out with a blast of off putting sourness, some charred wood and a touch of nail polish remover, not really the most pleasant start to what I was hoping was an aged treat. Everything else about the cigar however is quite nice; it has a good draw, a great burn line, nicely lined ash stacking on itself and plentiful smoke production. Thankfully after about an inch the offensive chemical profile has faded somewhat, though all that it leaves in its place is a weird profile of vegetal notes, hints of pepper, some mustiness and a sour mushroom note. A retrohale is smooth enough to be able to do so to the fullest extent, however all it does is highlight the unfortunate sour mushroom note. 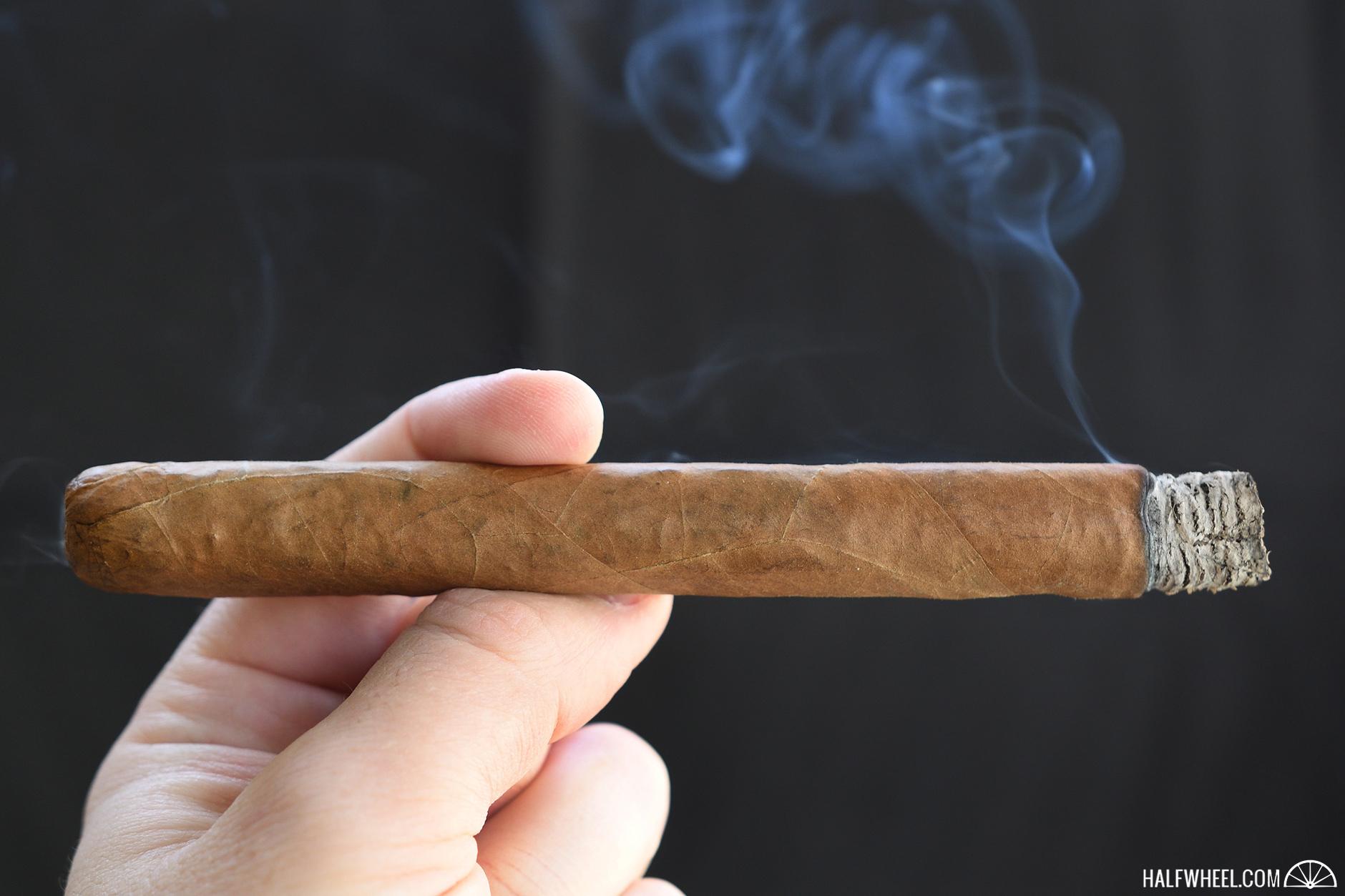 Moving into the second third the mushroom note has taken the lead, regardless of it being a retrohale or not, but thankfully the sour part has seemed to fade away. There isn’t too much pepper anymore, but instead lots of vegetal and herbal notes. The burn continues to be just about as even as you could ask for on any cigar, while the ash retention is still quite impressive. An odd and fleeting note of rotten coconut pops into the mix, which is one I don’t think I can say I’ve ever tasted in a cigar before. 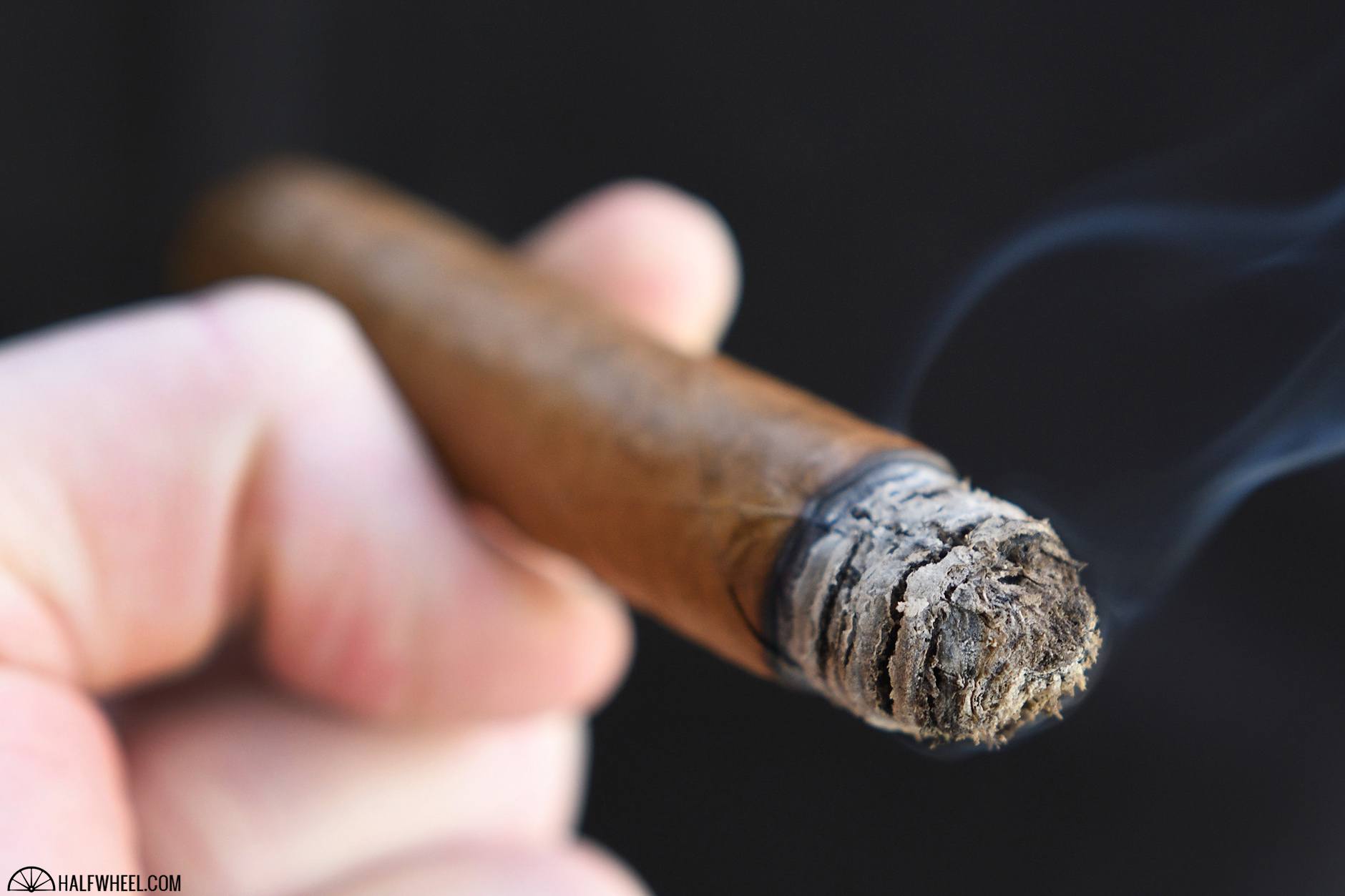 As I get to the final third of the Regine’s, lots of earthy mushroom continues to dominate the profile, though the herbal notes have become quite harsh and uninviting. Vegetal notes still exist in there somewhere, but perhaps it’s more of a hay note now and it’s hard to discern around the harsh herbal flavors. The burn continues throughout the entire cigar perfectly and evenly and the final third is no different. As I reach the final inch the cigar is unpleasant enough that I go ahead and set it down, not really seeing much benefit in smoking any more. I’ve smoked a number of old cigars - ranging from a couple decades old to ones that predate the embargo. The Regine’s Club Cigar is certainly a unique experience among those, but not in a good way. I’ve never had a vintage cigar that had such bold flavors, and in this case this is a bad thing. The profile was an off putting, offense to my senses that I was happy when it was over, with the only redeeming thing about this cigar being it’s impeccable construction that the decades couldn’t take away. Usually walking away from a vintage cigar like this I can say at the very least “I’m happy to have had that experience” - but in this case I don’t think I can make that statement. Sometimes vintage isn’t always better.